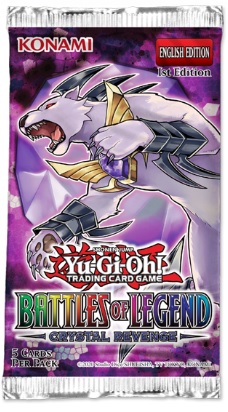 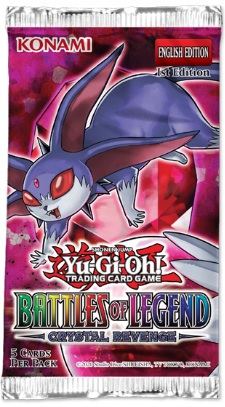 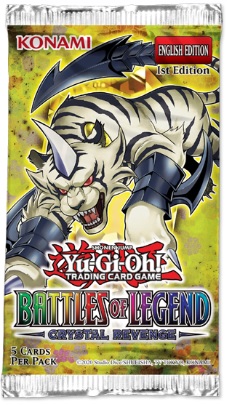 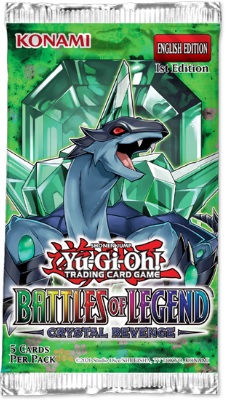 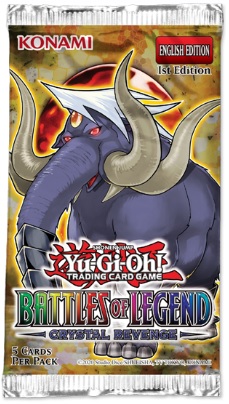 The all-foil Battles of Legend: Crystal Revenge* booster set introduces new, never-before released cards from the Yu-Gi-Oh! animated series ranging from the original series all the way through Yu-Gi-Oh! VRAINS!

Duelists who built a Deck with Joker’s Knight from King’s Court and the 3 Musketeers of Face Cards will finally be able to incorporate Yugi’s Royal Straight Slasher from the finale of the Grand Championship arc into their strategy! 3 Musketeers of Face Cards is one of the available strategies in the new Rivalry of Warlords Organized Play format, so Duelists interested in learning the basics of the Deck before the new cards release should inquire about this event type at their local OTS or at a YCS event.

Moving from the original series all the way to Yu-Gi-Oh! VRAINS, Duelists will also be able to build another one of the Ignis-powered Decks! This time it’s the Earth Ignis’ Deck, a strategy built on EARTH Cyberse Link Monsters that co-link into an impenetrable wall.

In addition to a wide array of cool new cards, Battles of Legend: Crystal Revenge will give Duelists another chance to acquire select older cards as well.