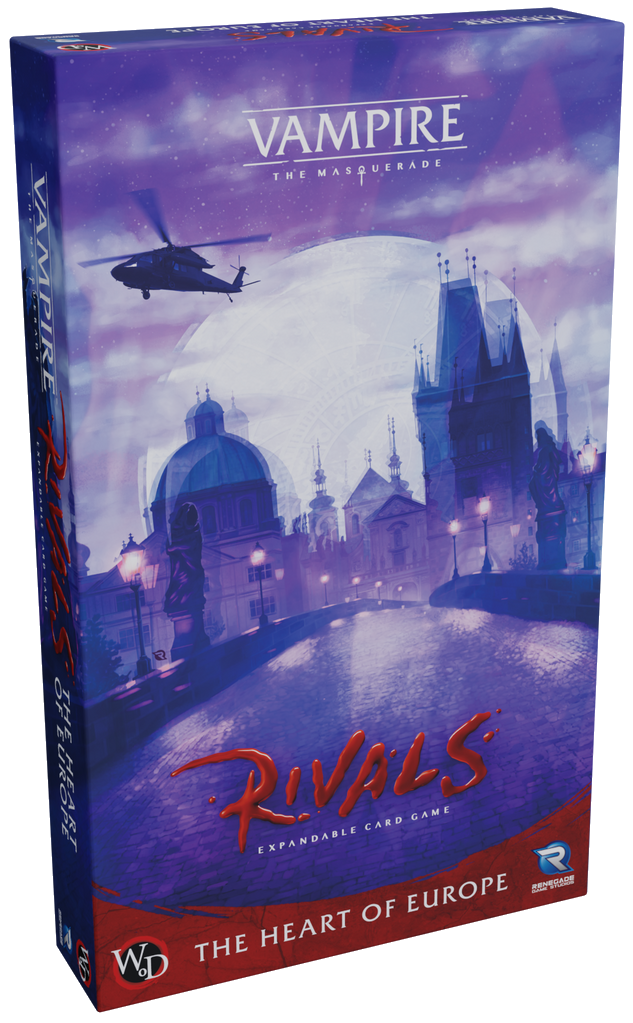 Vampire: The Masquerade - Rivals: The Heart of Europe

Journey to the Old World...

Vampires fight for control in the heart of Europe! Rather than adding new clans to the game,this newest expansion for Vampire: The Masquerade Rivals instead adds new options andopportunities for all ten clans currently in the game, as well as a new city deck that allowsyou to battle to control the ancient city of Prague. No matter your favorite clan, there are new tricks to try and Vampires to put into the streets of this new environment.