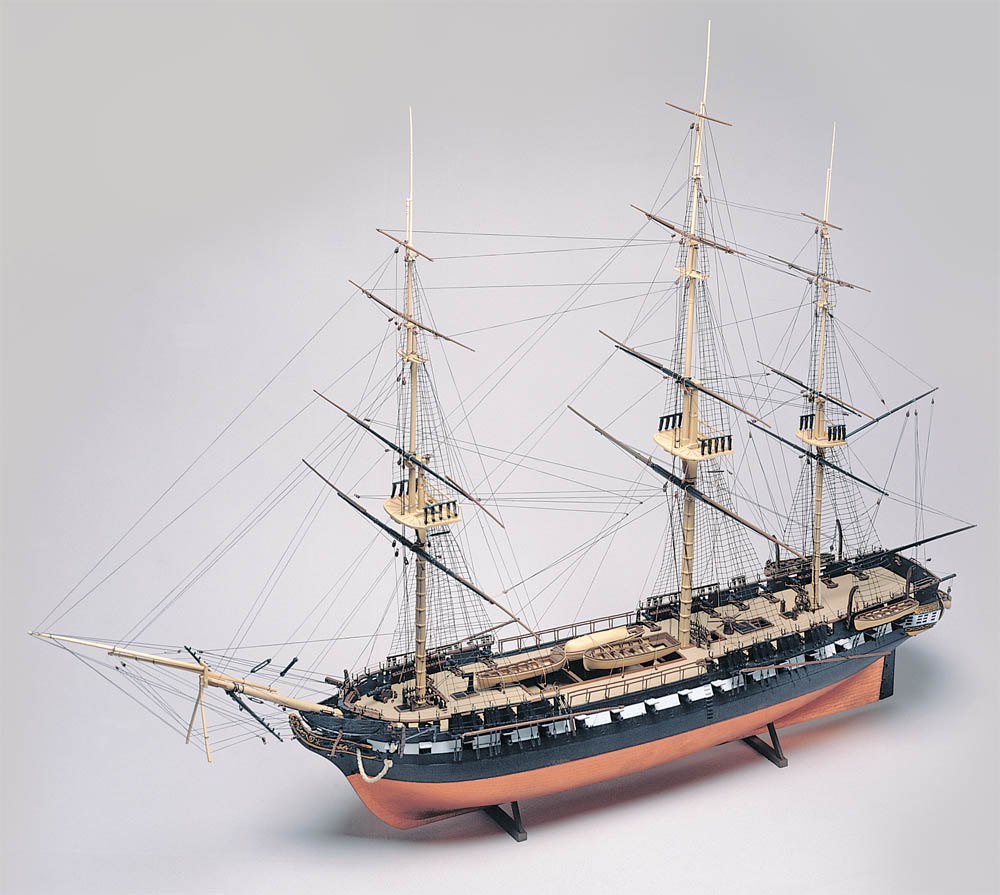 Description
The celebrated battle between the U.S.S. Constituition and the H.M.S. Guerriere during the war of 1812 was actually the second time these two frigates had met on the open sea. A few weeks prior to their historic conflict, a British squadron led by the lordly Guerriere surround the frigate. With escape seemingly impossible, the captain of the Constituion, Isaac Hull, ordered out the small boats and by kedgin a manuever whereby an anchor was dropped some distance ahead and the hawser heaved in, the sip was gradually pulled forward. Hull also orered most of the fresh water pumped overboard and the sails wet down to catch every bretah of air. The Constituion escaped. several weeks later the two war ships met again, alone this time, and the mighty Constitution completely destroyed the Guerriere.