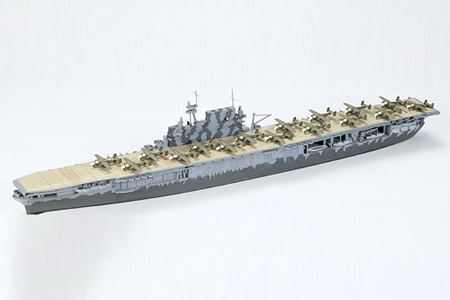 The Hornet was the eigth aircraft carrier of the U.S. Navy and the third one of the Yorktown type constructed under the limitations of the naval treaty. The Hornet had excellent equipment and anti-torpedo protection, but her anti-aircraft armament consisting of eight 5-inch (12.7mm) single-barrelled A.A. guns (38 calibres long) was rather weak. She was powered by turbine engine offering 120,000hp and made a speed of 34 knots.