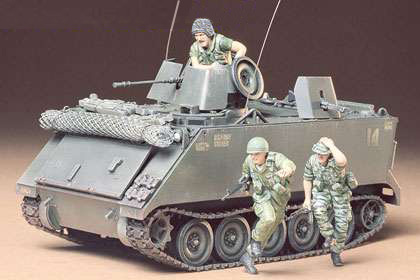 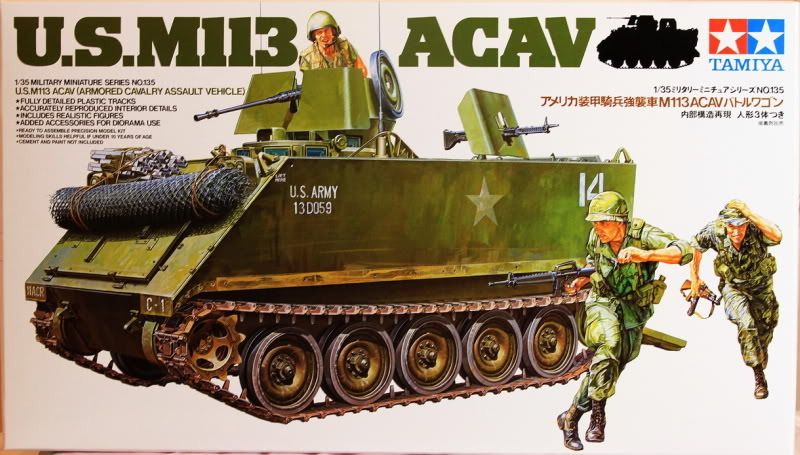 With a cupola-cum-gun shield on the M60 machine gun, the M113 ACAV (Armored Cavalry Assault Vehicle) was an improvement on its base, the M113APC (Armored Personnel Carrier). This plastic model assembly kit accurately captures the M113 ACAV, of course including the added cupola/gun shield, and also recreating the crew seats, engine and more in the interior. Three figures in realistic pose are included in the kit.