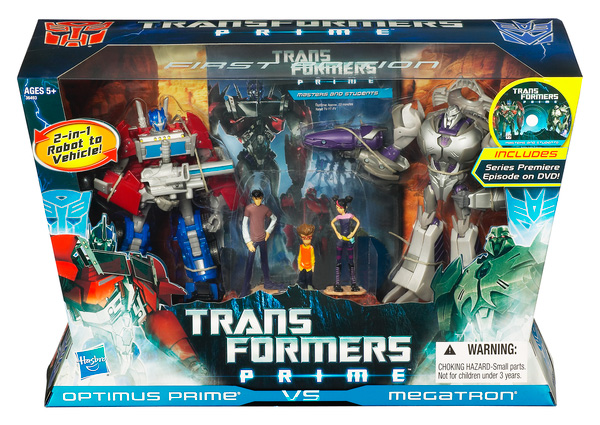 OPTIMUS PRIME and the AUTOBOTS are once again faced with a growing threat. MEGATRON has harnessed the power of Dark Energon, and is determined to conquer Earth, and then the galaxy. The only things defending Earth from conquest are the heroes of Team Prime. This 2-pack of rival TRANSFORMERS figures includes the ultimate rivalry between OPTIMUS PRIME and MEGATRON! Convert either or both to robot or vehicle mode as the battle rages on. Keep converting both of them so that the battle continues until you're ready to declare one the victor! 2-pack includes OPTIMUS PRIME figure, MEGATRON figure and TRANSFORMERS PRIME series premiere episode on DVD.