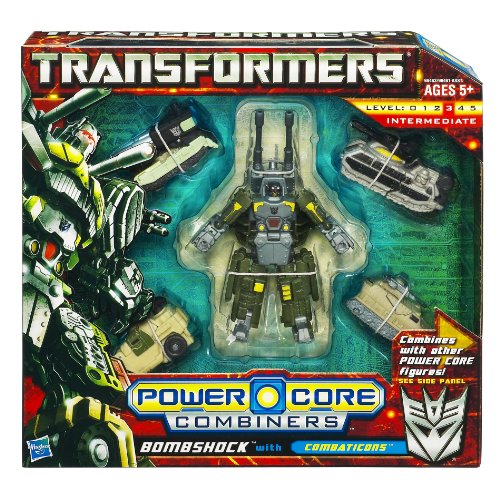 Stolen by DECEPTICON spies, Power Core Combination gives the evil robots a powerful edge. Those who have the power of combination are a dangerous threat to the AUTOBOTS and Earth!   BOMBSHOCK was once a member of the most elite unit in the Cybertronian military. He betrayed his comrades, and his reward was to become commander of a powerful DECEPTICON Power Core team. Even alone, each of his drones has as much firepower as the average AUTOBOT. Together, they are nearly unstoppable.