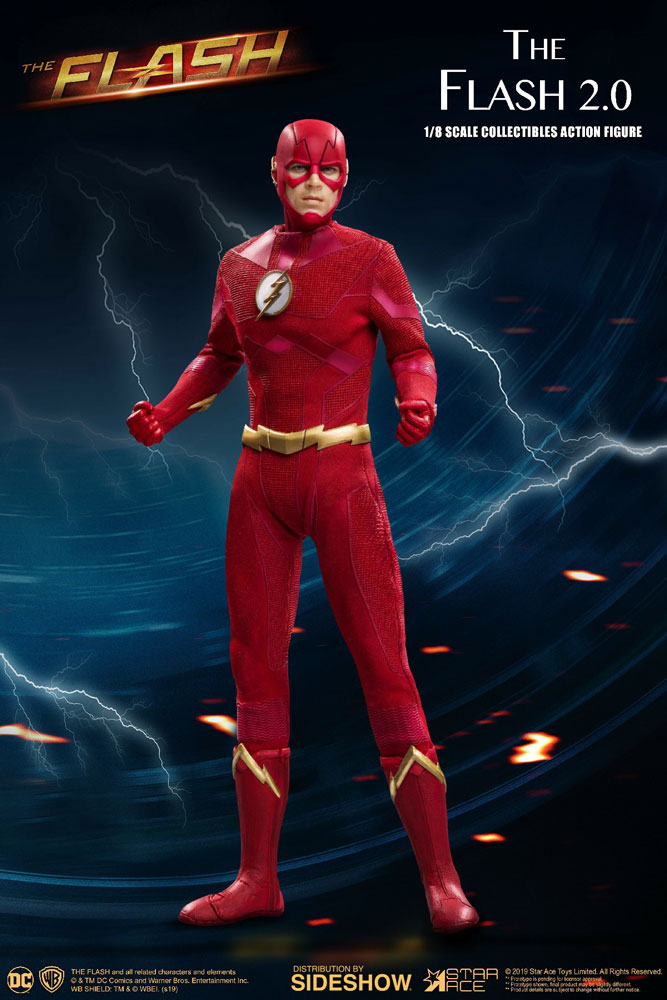 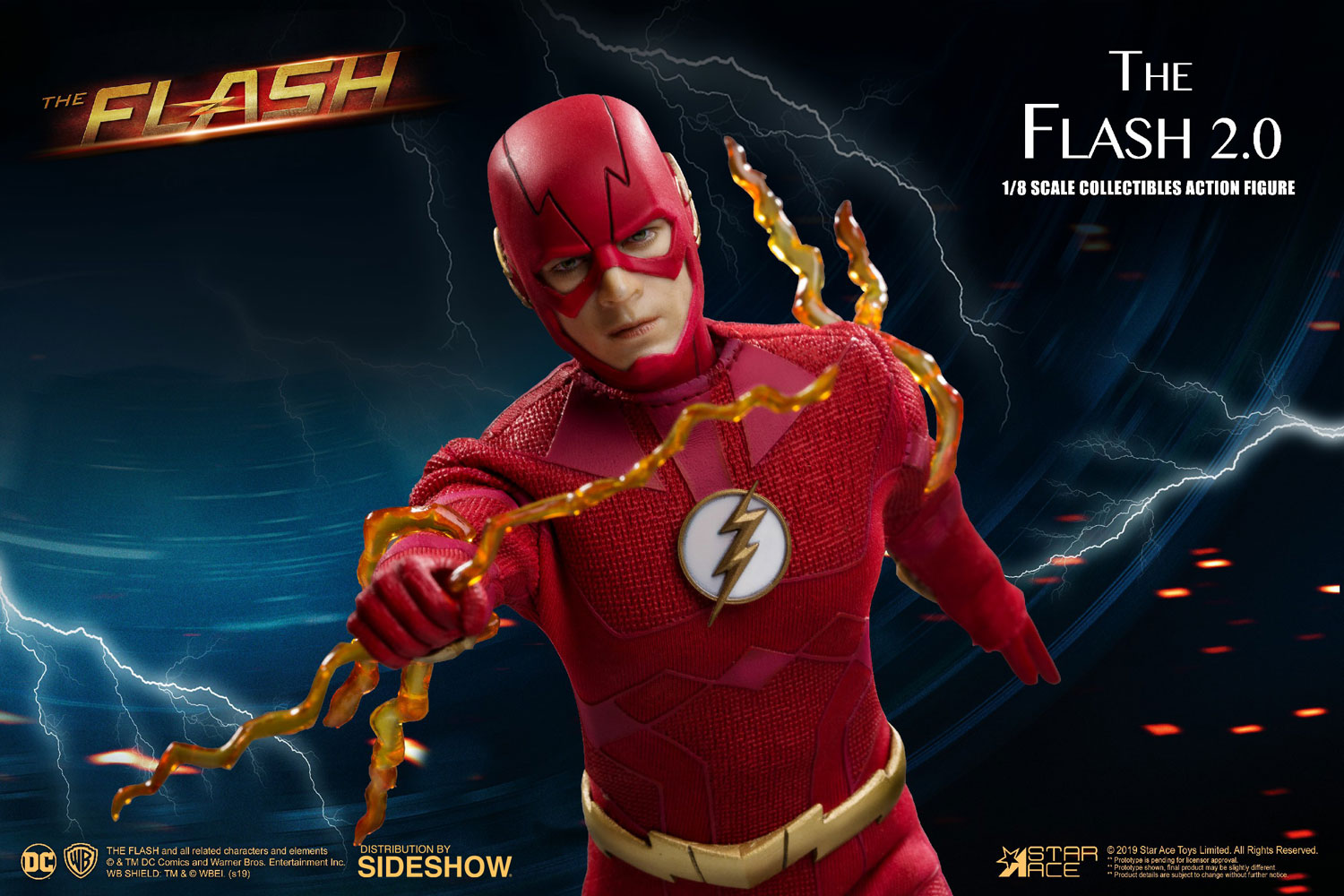 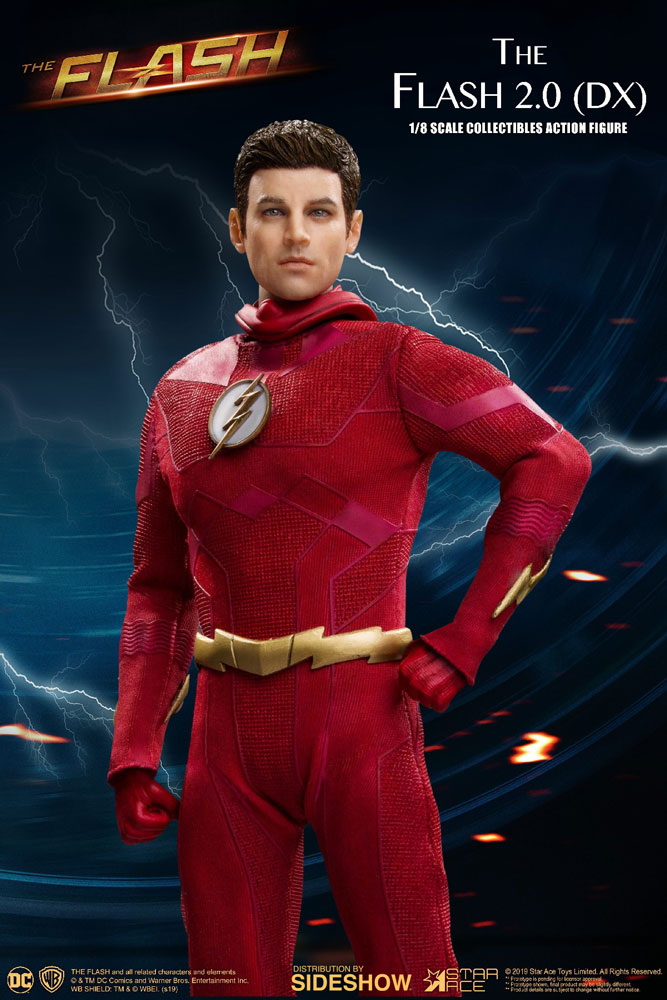 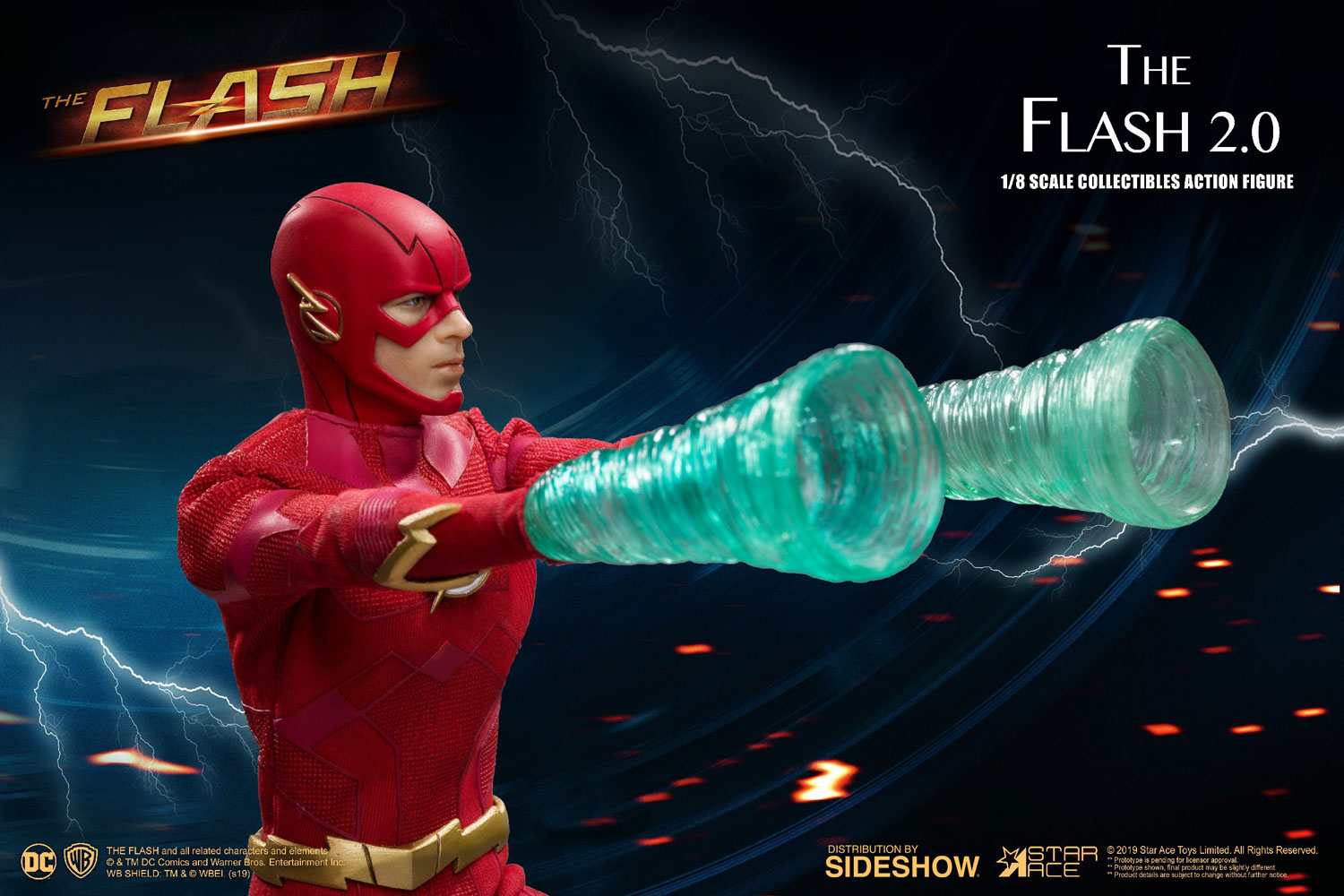 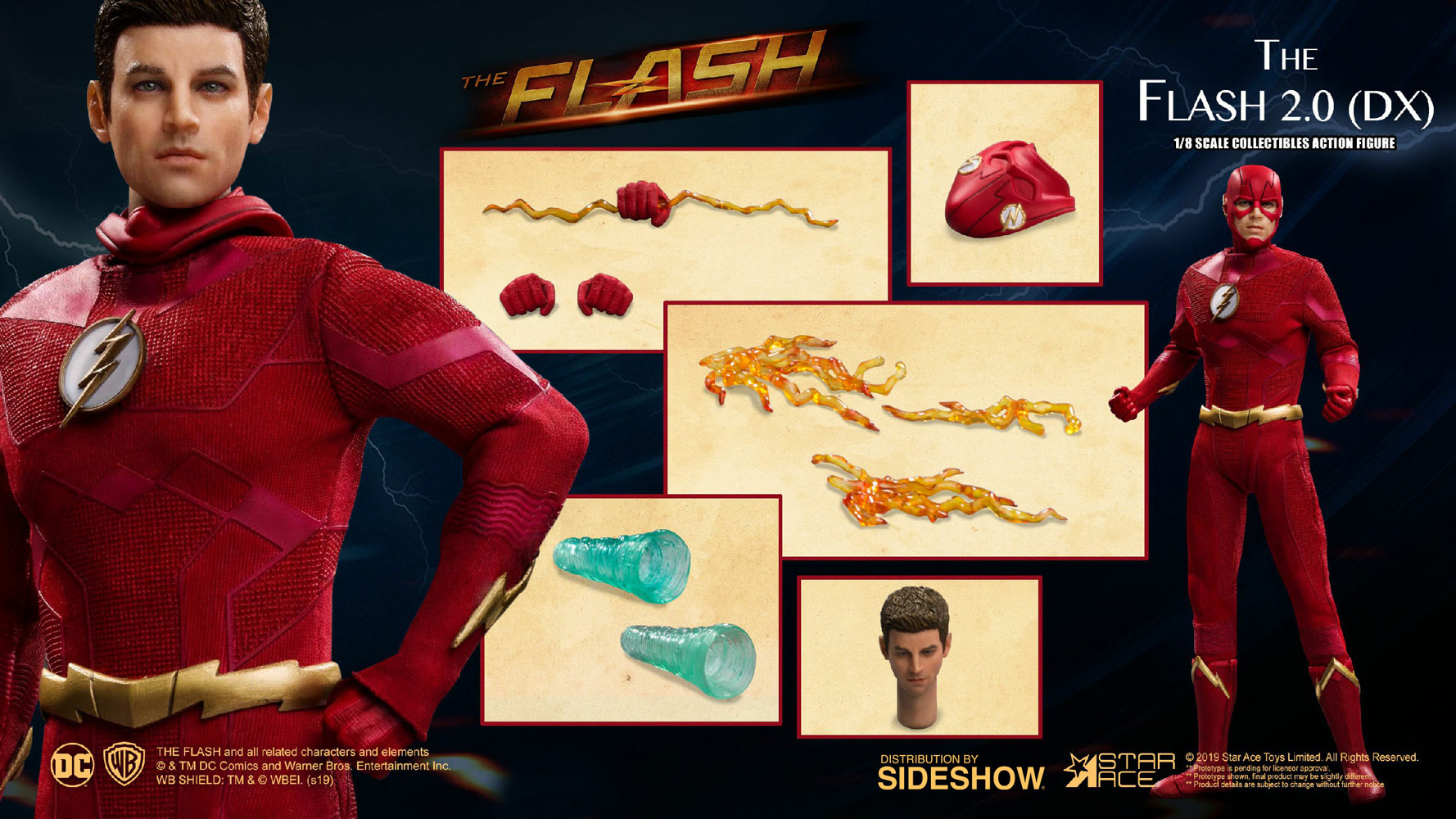 Barry Allen is a scientist in the Criminal and Forensic Science Division of the Central City Police Department. After the S.T.A.R. Labs particle accelerator explodes, causing a giant thundercloud to form, Barry is struck by lightning and falls into a coma for nine months. When he awakens, he discovers that he has developed superhuman speed - he is The Flash!

This Real Master Series 1:8 scale figure features an authentic likeness of Grant Gustin as The Flash from the CW series. Outfitted in his iconic Red Flash Battle suit, Barry Allen comes complete with a variety of lightning effect accesorrories as well as a swap out unmasked portrait!

Don't miss your chance to add The Flash 2.0 (Deluxe) to your DC collection!

1:8 scale body (approximately 22.5 cm tall) with articulation
Fully realized authentic likeness of Grant Gustin as The Flash and Barry Allen in the TV program The Flash (Season 5) with accurate facial expression and detailed skin texture
Each head sculpt is specially hand-painted
Two (2) interchangeable heads including:
- One (1) Masked head
- One (1) Unmasked Barry Allen head **Deluxe version only
Five (5) interchangeable hands including:
- One (1) pair of open hands
- One (1) pair of fists
- One (1) right hand for throwing lightning