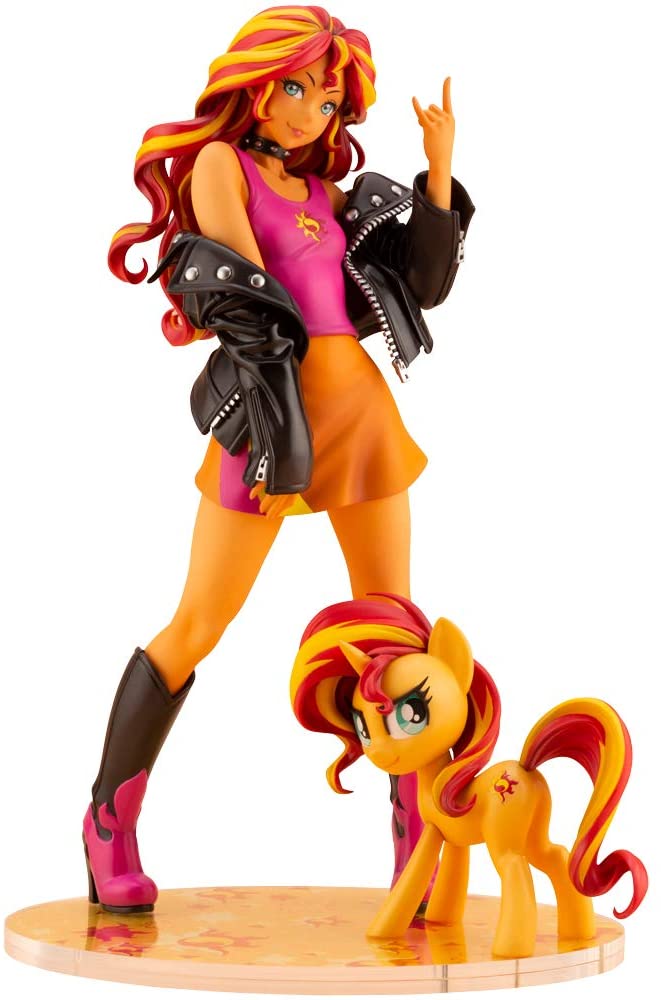 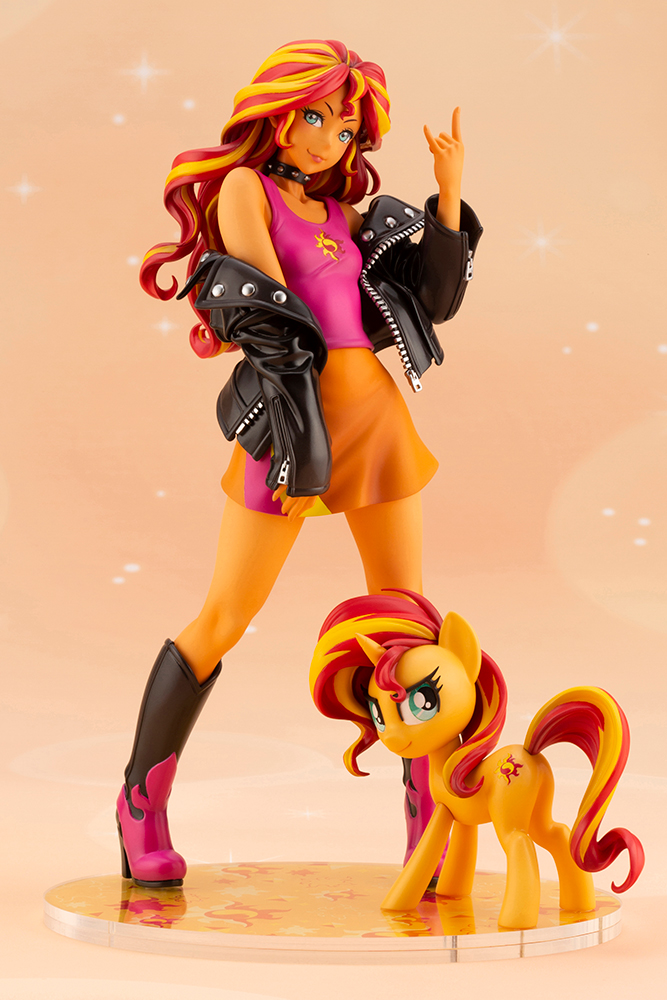 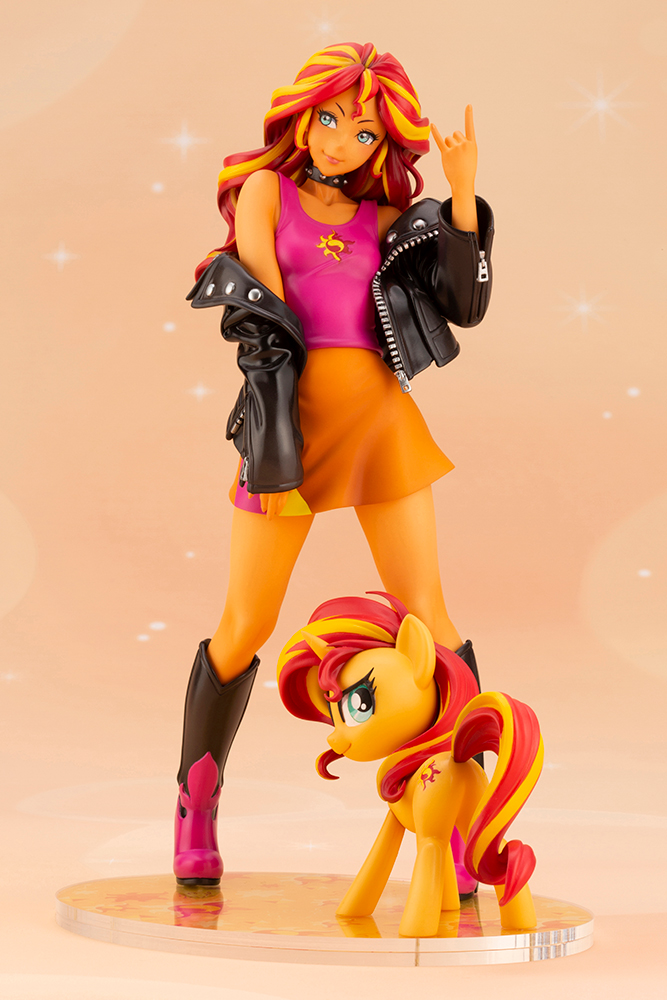 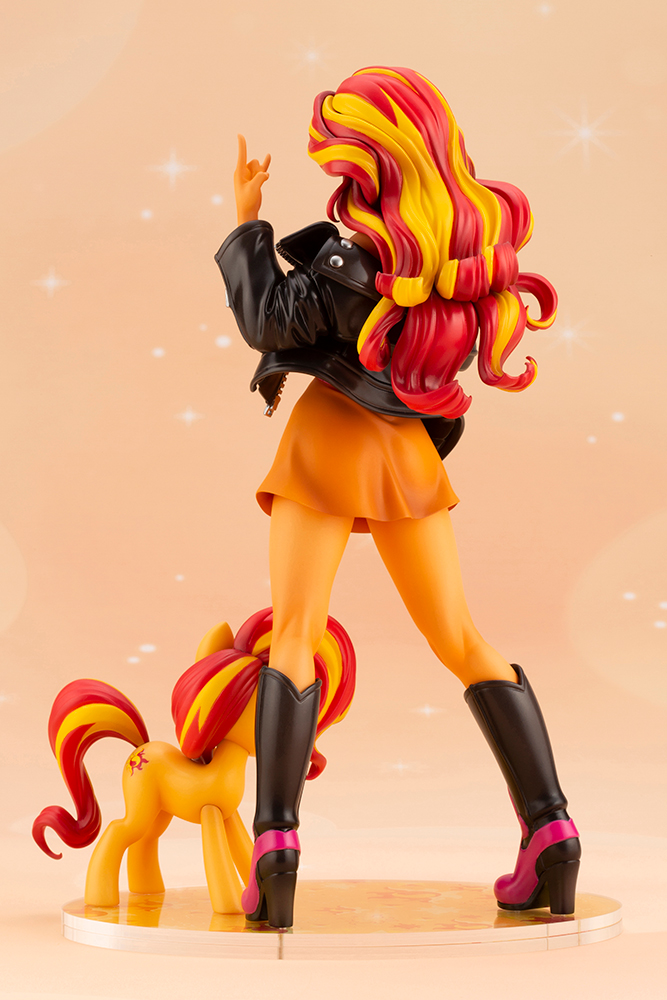 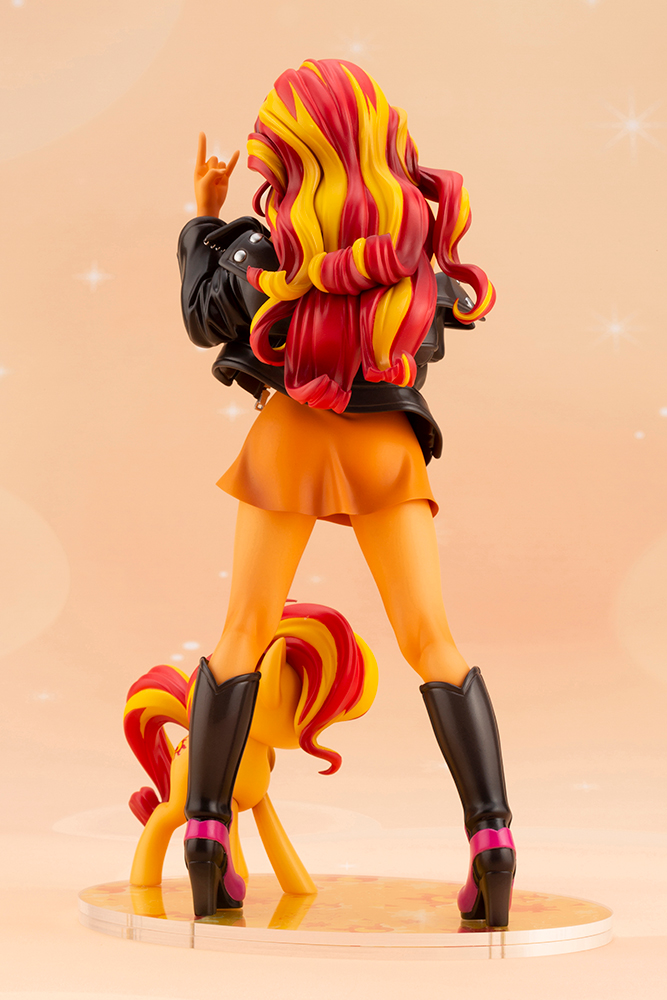 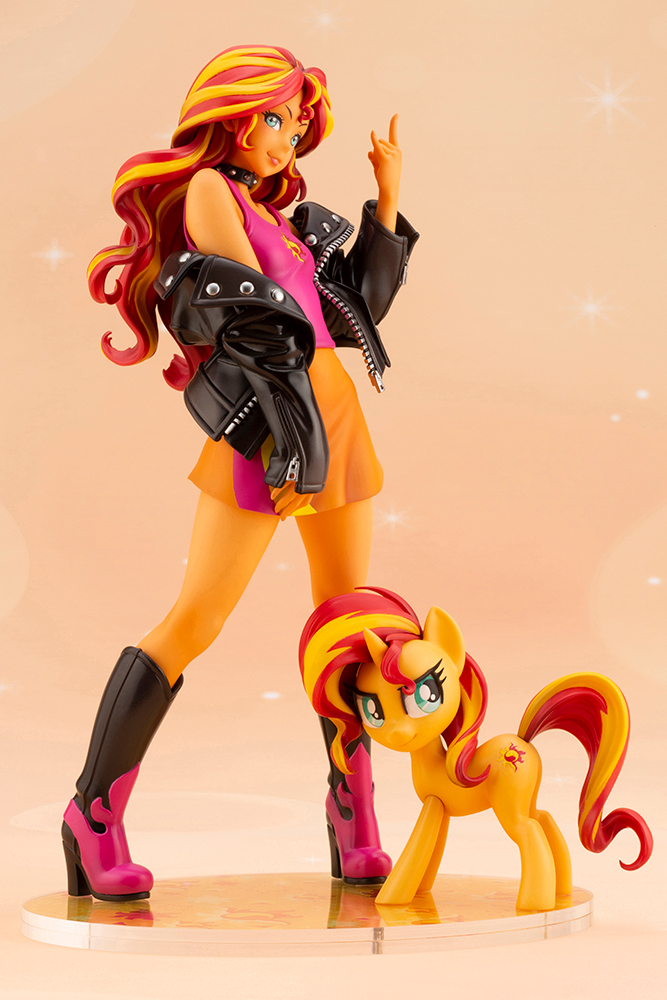 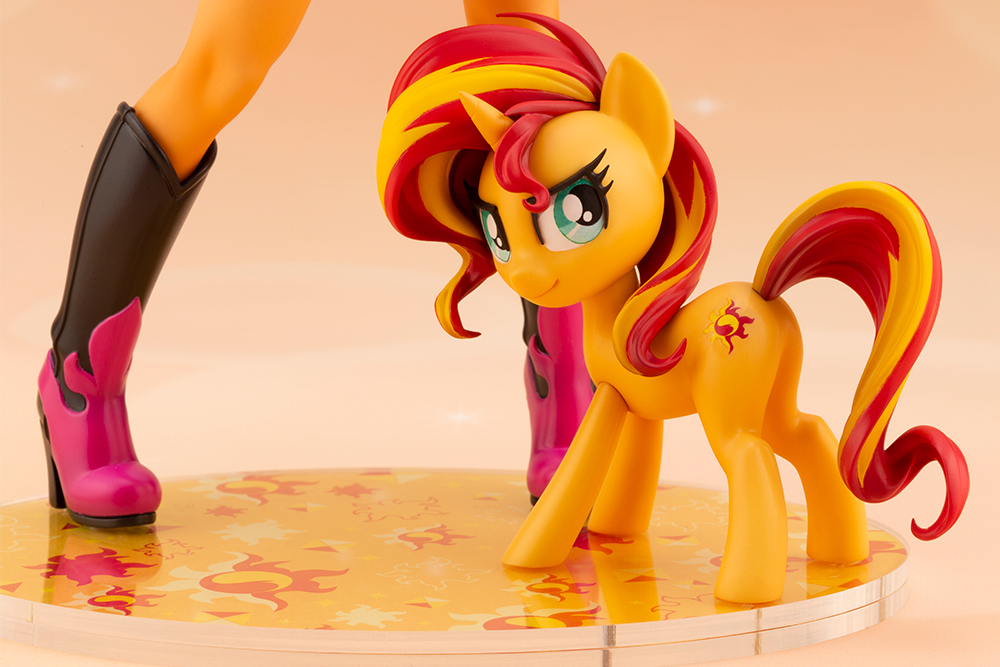 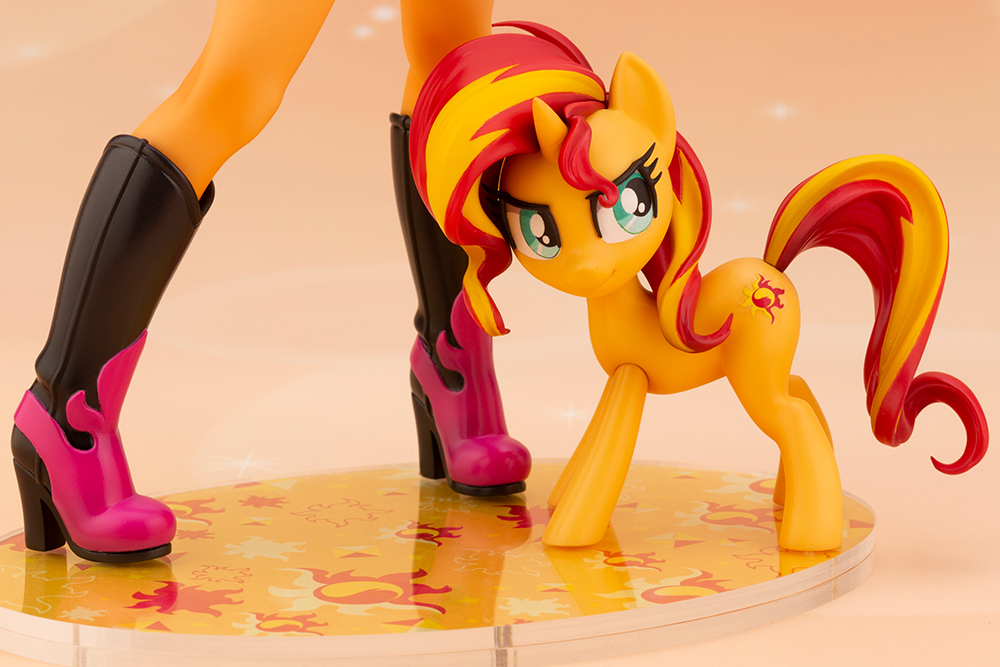 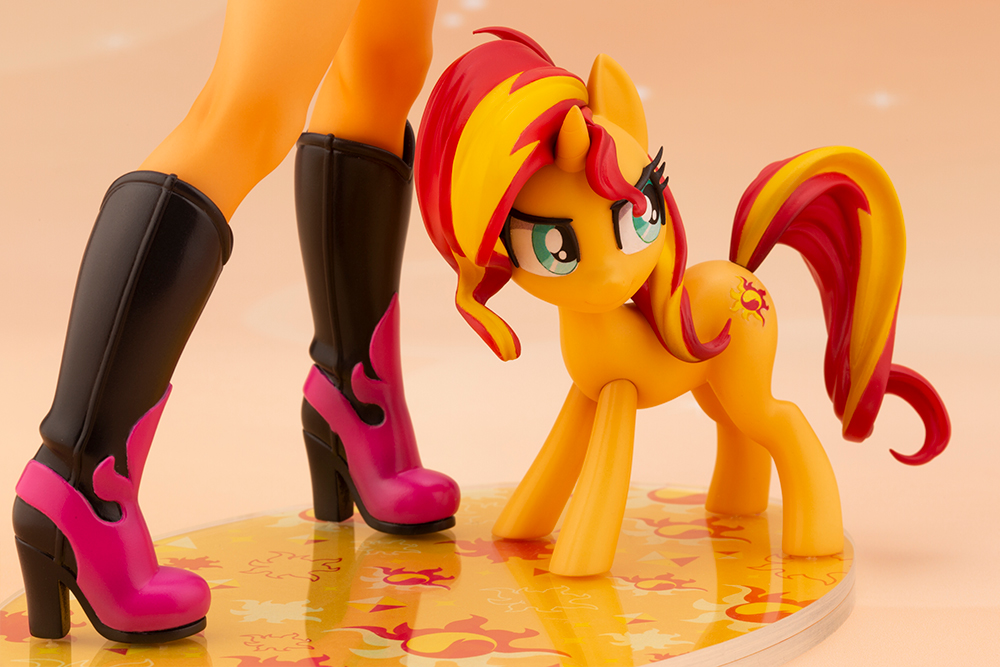 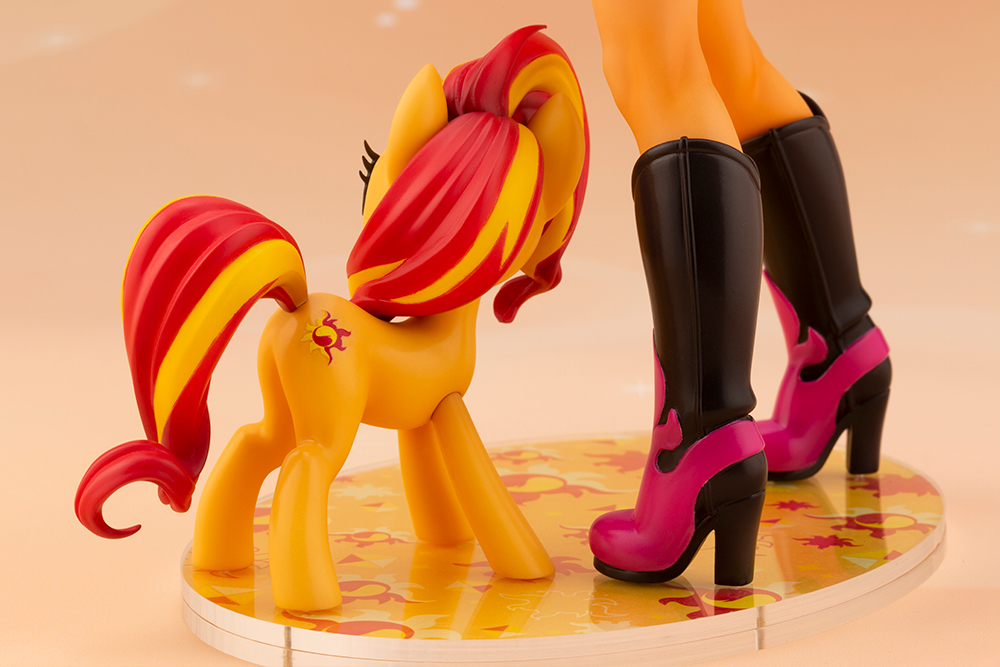 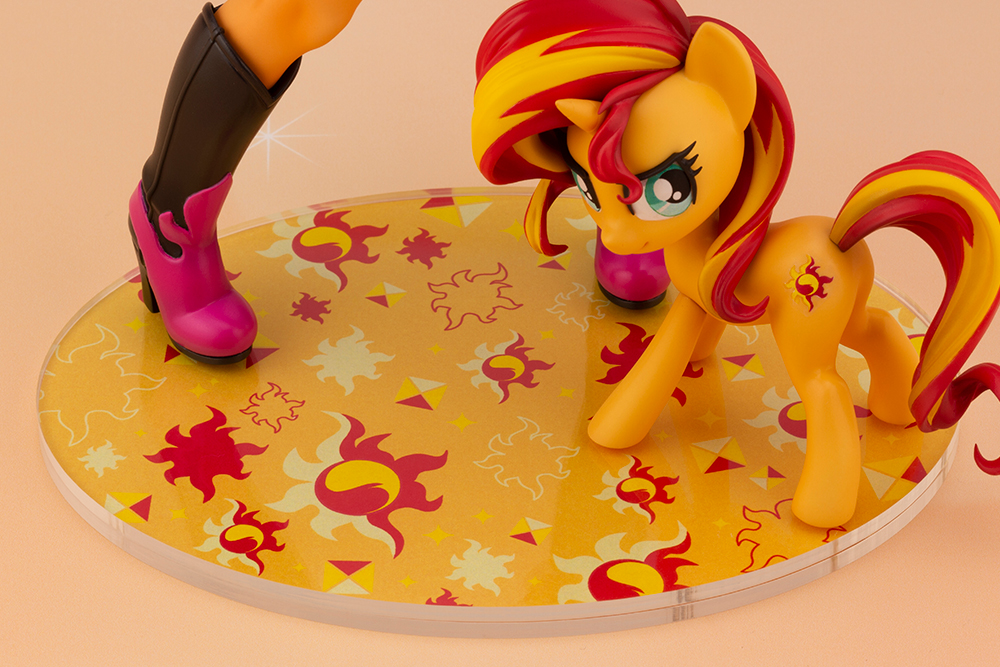 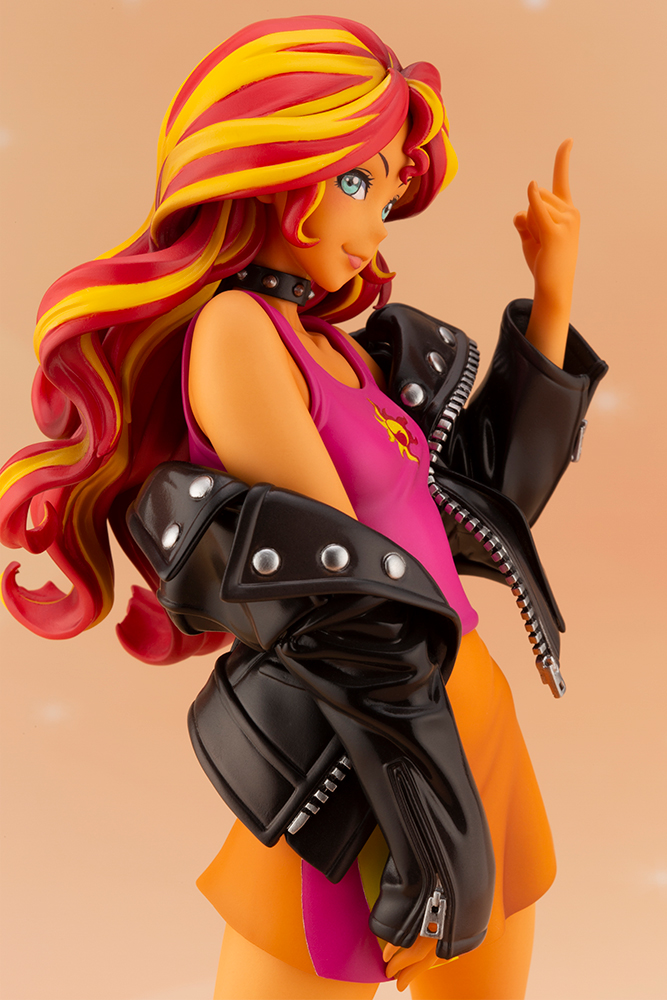 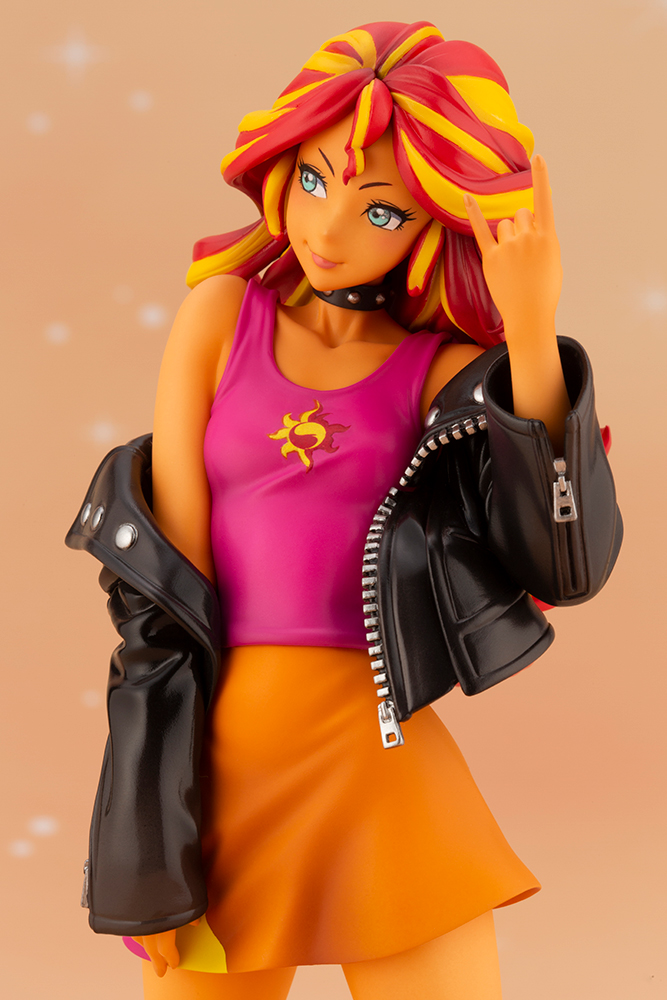 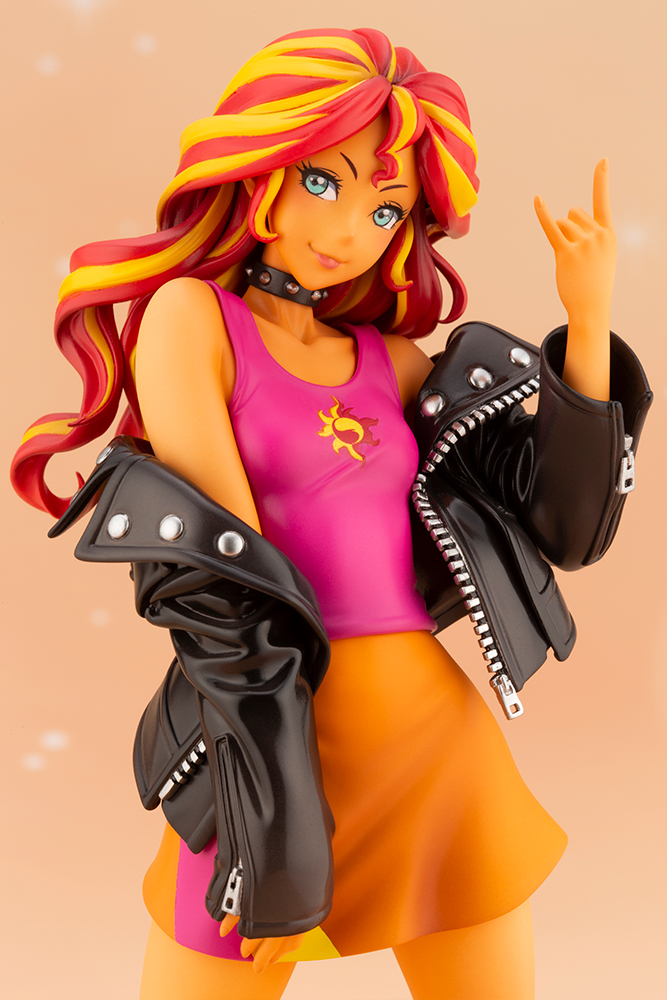 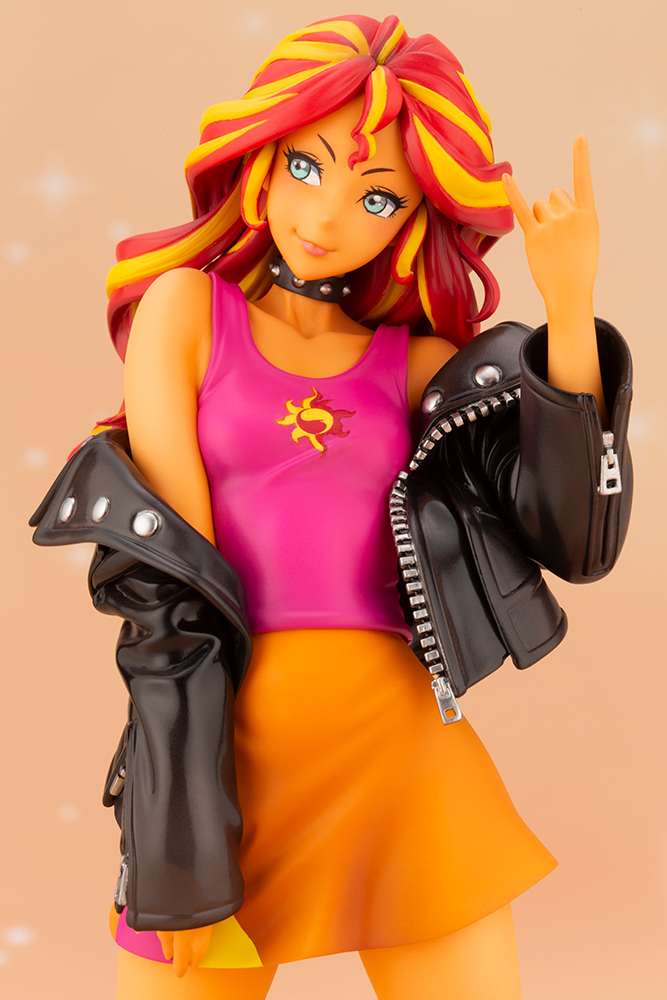 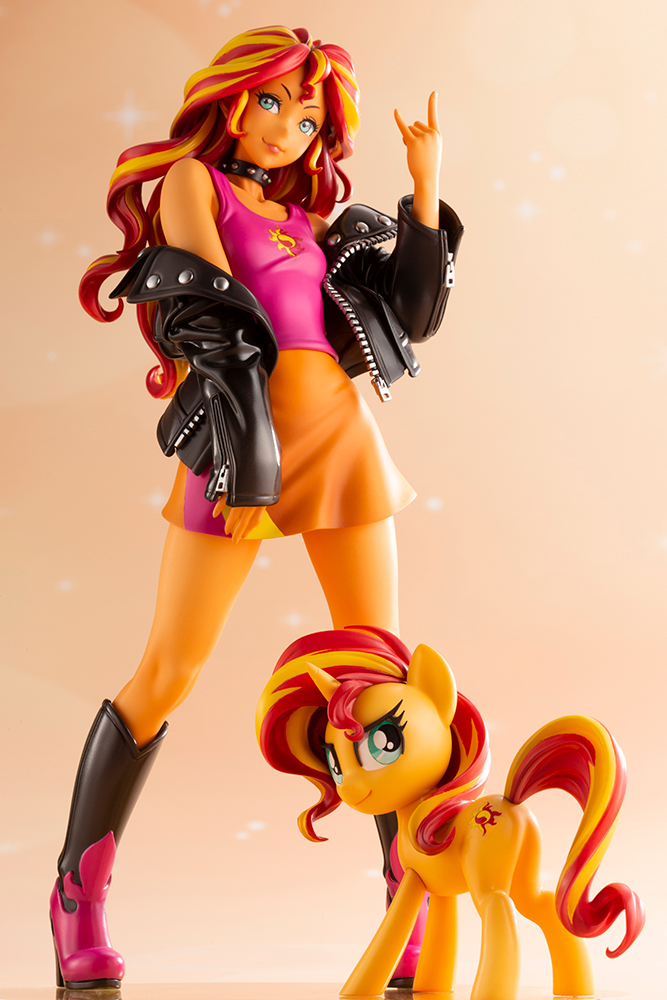 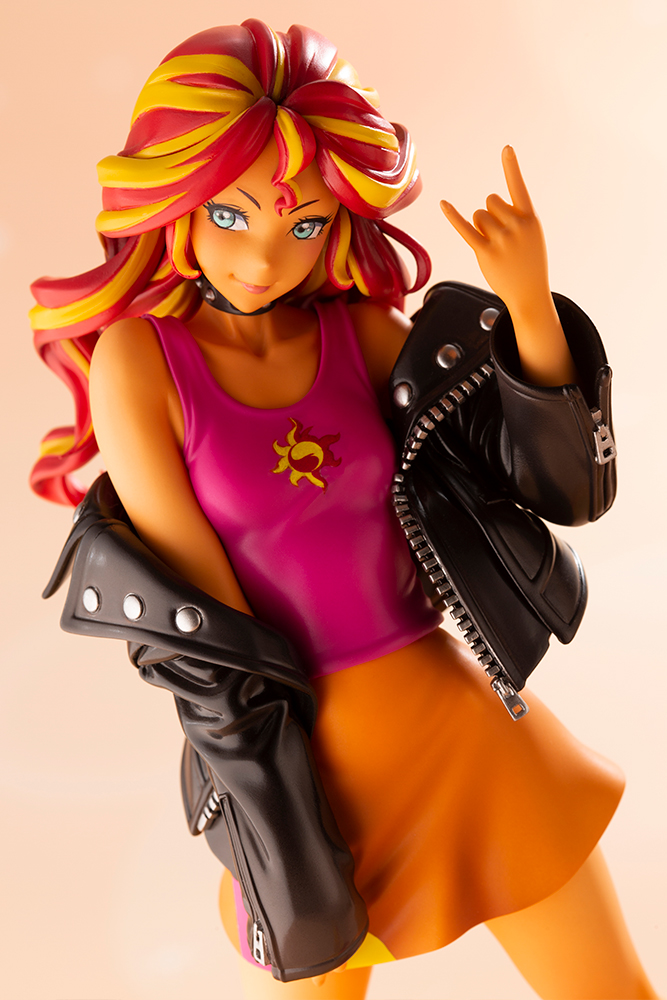 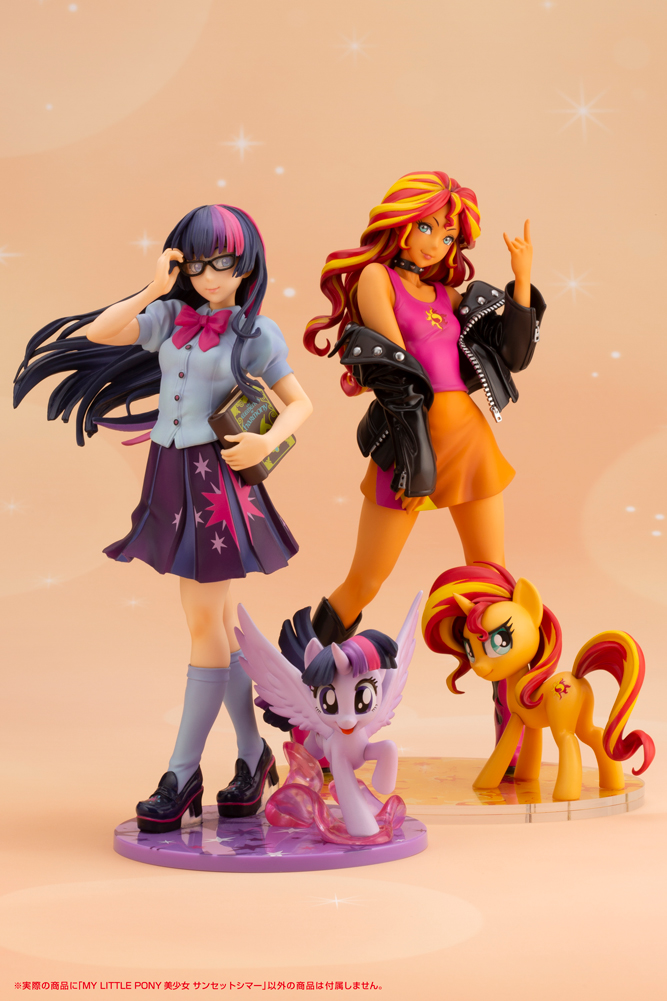 Sunset Shimmer is a very popular character who has captured the hearts of MY LITTLE PONY fans since her appearance in the My Little Pony: Equestria Girls film. From the distinctively colored hair and attention to detail in reproducing her silhouette, this statue stays true to the original character design.

Like the previous MY LITTLE PONY BISHOUJO statues that were previously released, the pony’s eyelashes add a lot of life to the overall statue.

Sunset Shimmer can be seen donning her rider jacket with a fearless smile across her face. Is this the rendition of Sunset Shimmer before she learned about the magic of friendship? Or maybe this shows Sunset Shimmer after she has learned about “friendship”. We leave that up to your imagination! Be sure to line this statue up Twilight Sparkle and Princess Celestia to expand the world of MY LITTLE PONY.