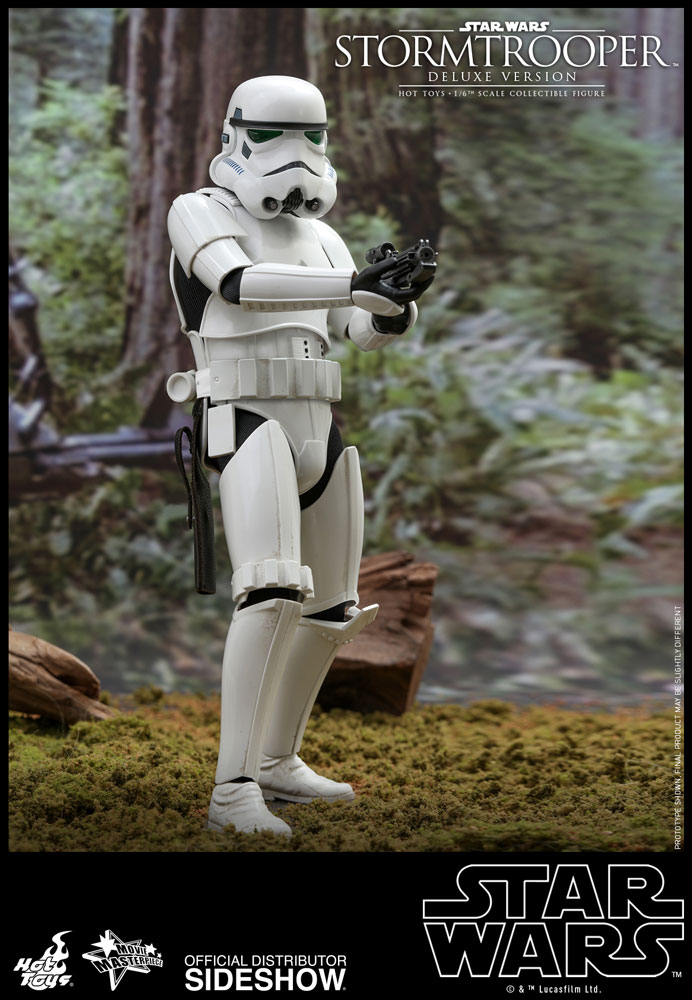 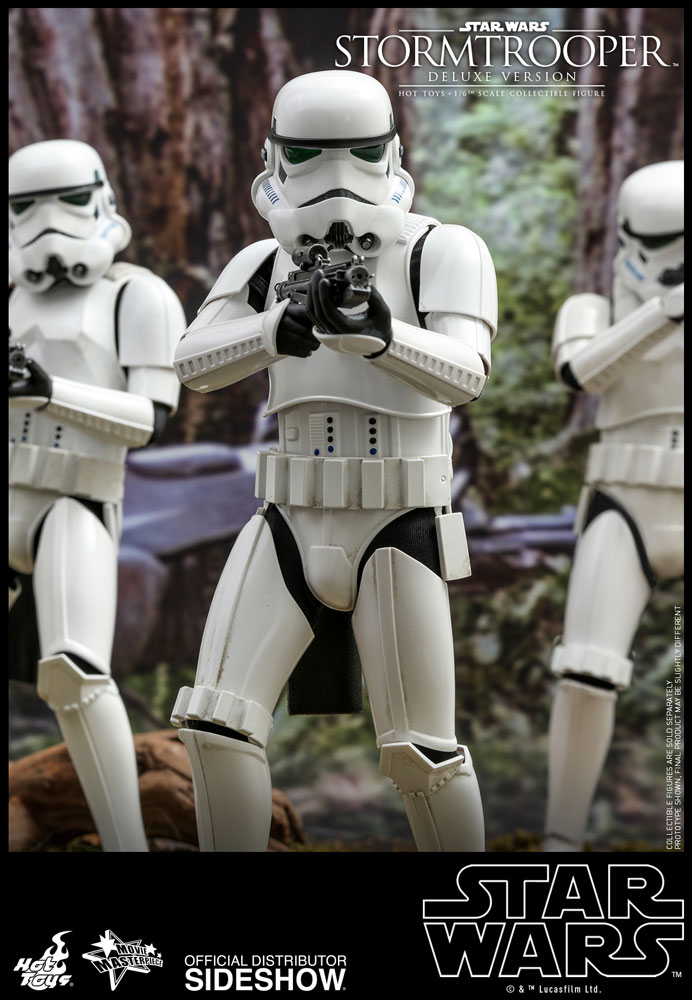 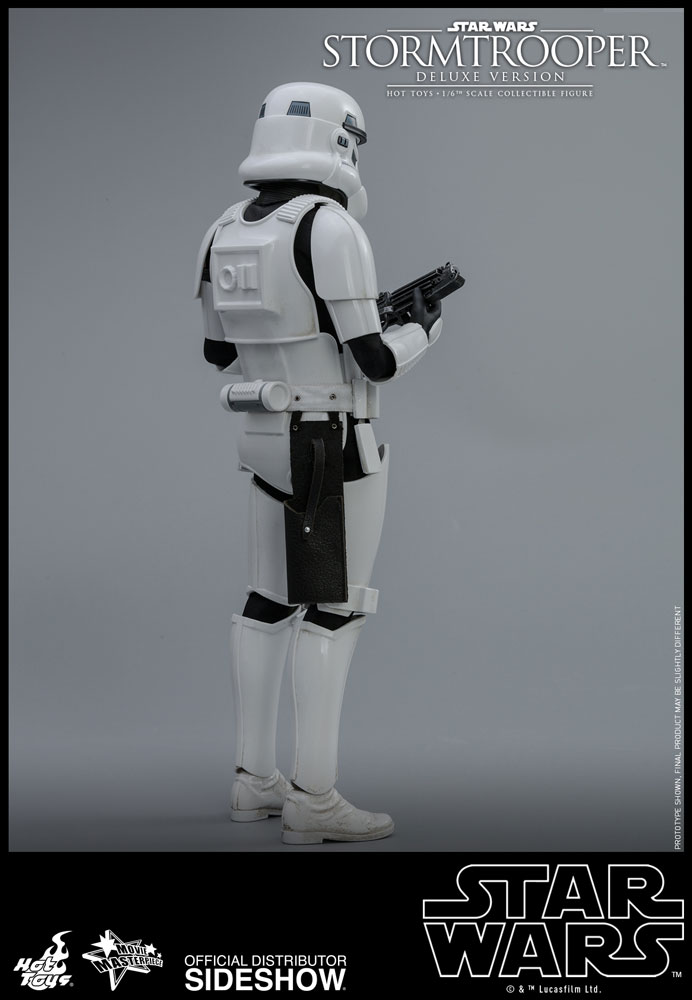 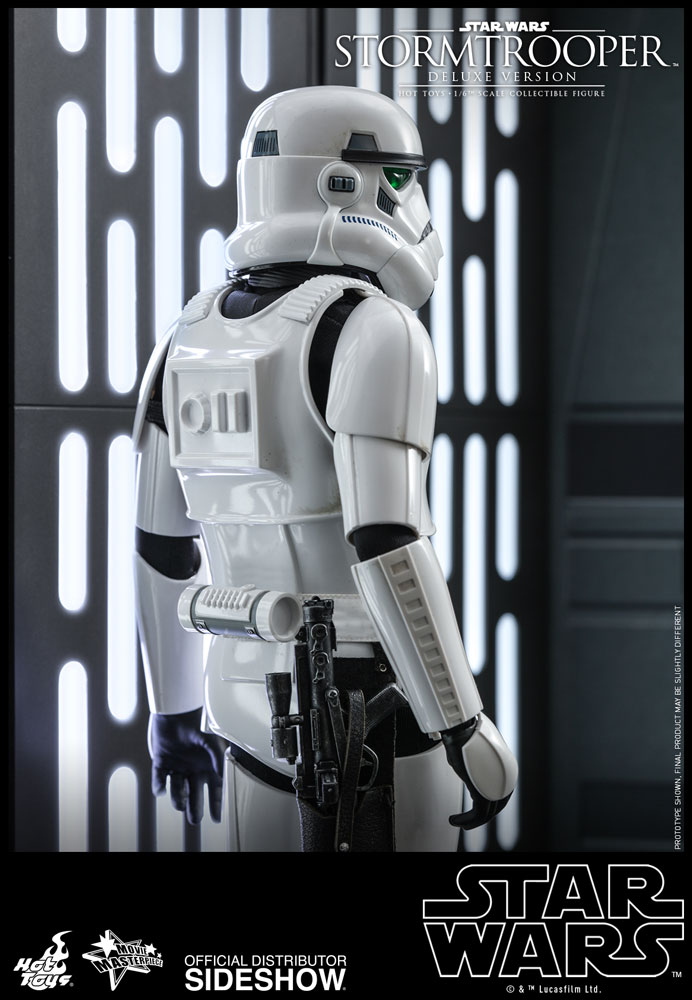 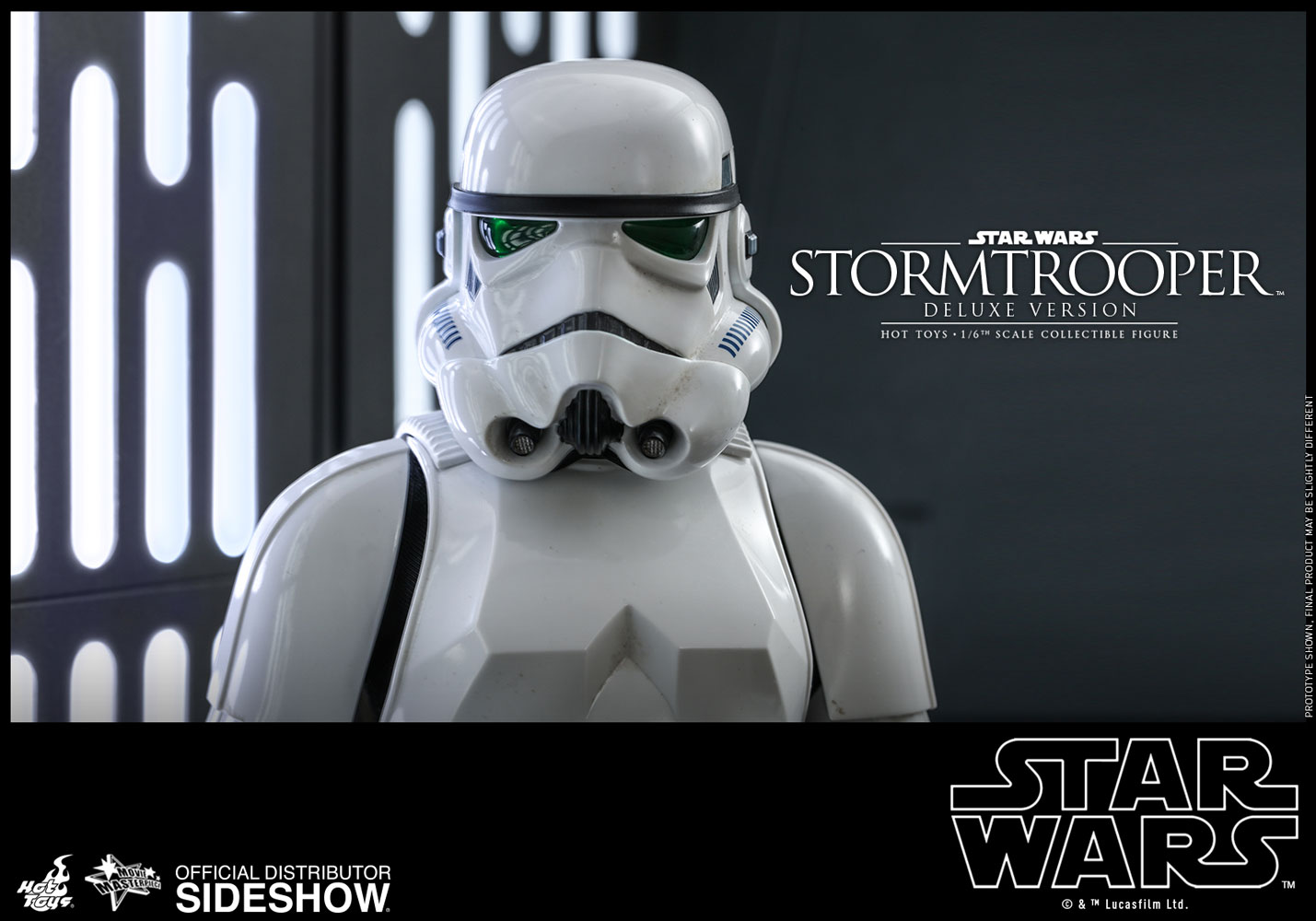 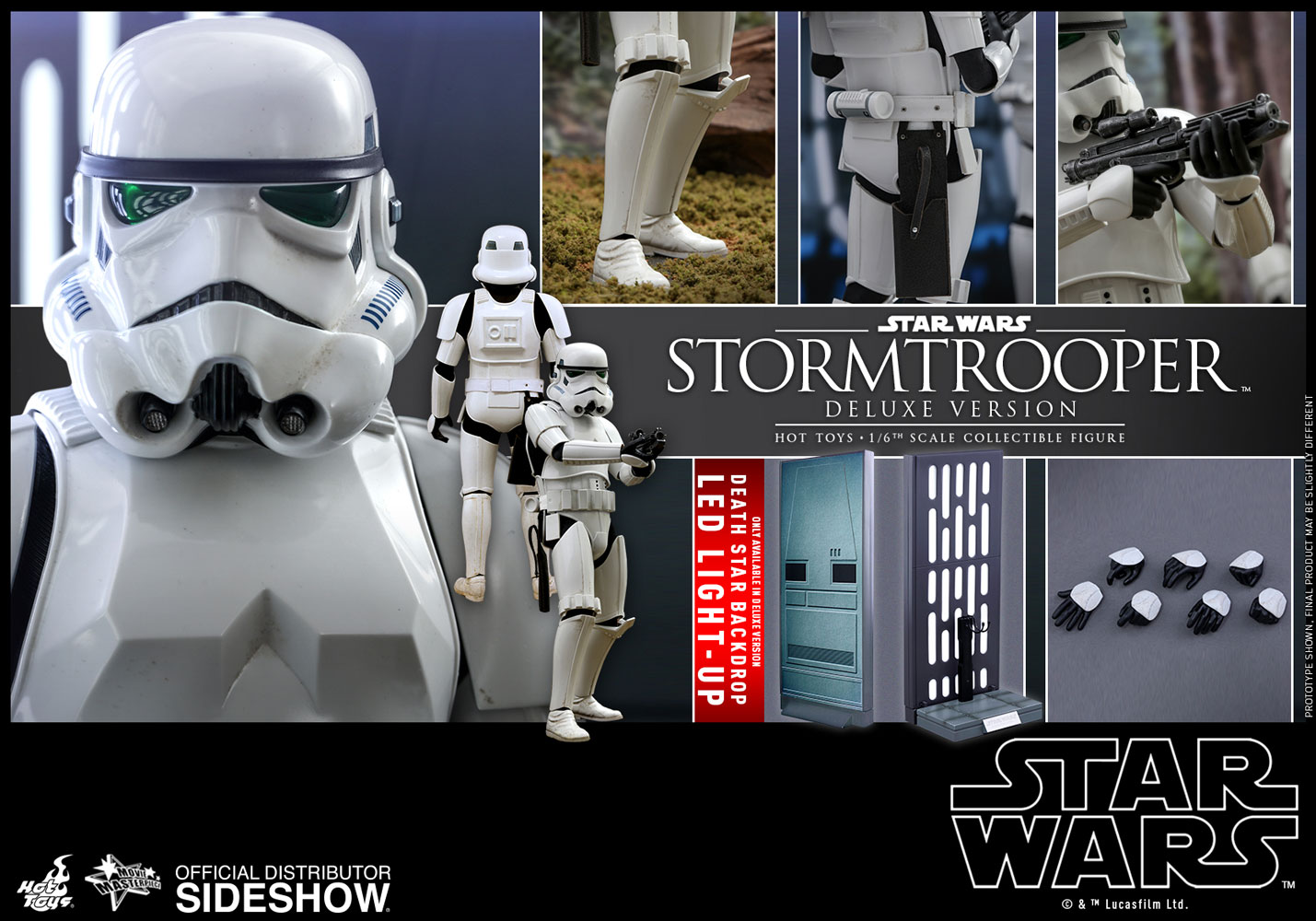 Stormtroopers are elite shock troops fanatically loyal to the Empire and focused on the Imperial cause. Their iconic white armor, which offers a wide range of survival equipment and temperature controls allows the soldiers to survive in almost any environment. With blasters in hand, Stormtroopers attack in hordes to overwhelm their enemies enforcing the will of the Empire.

Add to your Star Wars collectibles by enlisting the Stormtrooper (Deluxe Version) Sixth Scale Collectible Figure to join your ranks!