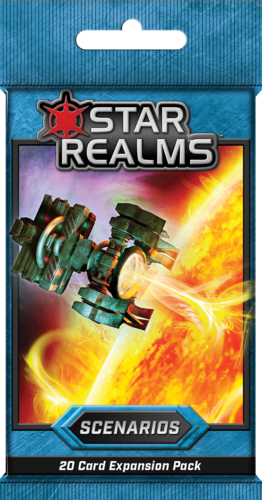 Just when your enemy thinks the battle is in their grasp, one final gambit can turn agonizing defeat into glorious victory!

This pack contains 20 cards for use with the Star Realms deckbuilding game.