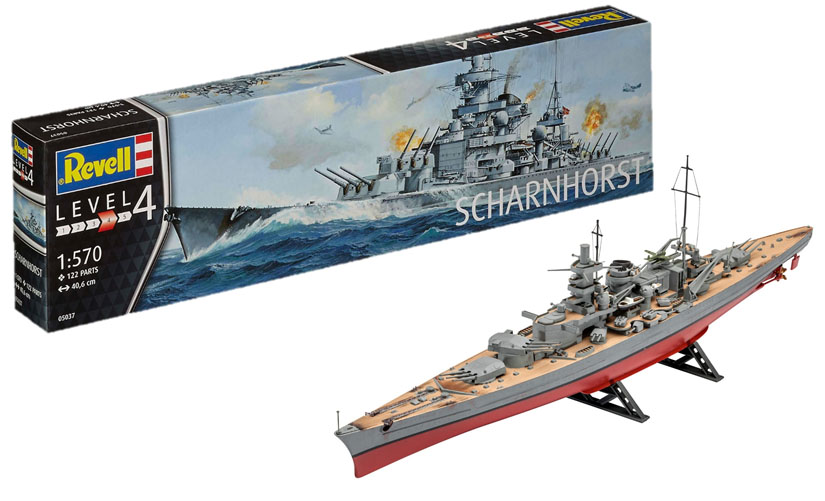 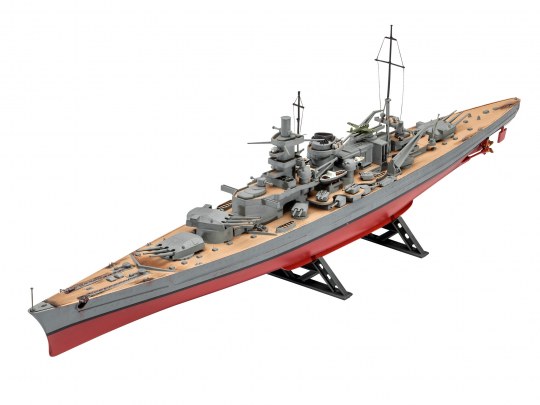 Scharnhorst was a German capital ship, alternatively described as a battleship and battlecruiser, of the German kriegsmarine. She was the lead ship of her class, which included One other ship, Gneisenau. The ship was built at the kriegsmarinewerft dockyard in wilhelmshaven; she was laid down on 15 June 1935 and launched a year and four months later on 3 October 1936. Completed in January 1939, the ship was armed with a main battery of nine 28 cm (11 in) C/34 Guns in three Triple turrets, though there were plans to replace these weapons with six 38 cm (15 in) SK C/34 Guns in twin turrets.Scharnhorst and Gneiss operated together for much of the early portion of World War II, including sorties into the Atlantic to raid British merchant shipping. During her first operation, Scharnhorst sank the auxiliary cruiser HMS rawalpindi in a short engagement. Scharnhorst and Gneiss participated in operation weserubung, the German invasion of Norway. During operations off Norway, the two ships engaged the battlecruiser HMS renown and sank the aircraft carrier HMS gloriousin the engagement with glorious, Scharnhorst achieved one of the longest-range naval gunfire hits in history.In early 1942, after repeated British bombing raids, the two ships made a daylight Dash up the English channel from occupied France to Germany. In early 1943, Scharnhorst joined the Bismarck-class battleship Tirpitz in Norway to Interdict Allied convoys to the Soviet Union. Scharnhorst and several destroyers sortied from Norway to attack A convoy; the Germans were instead intercepted by British naval patrols. During the battle of the North cape, The royal Navy battleship HMS Duke of York and her escorts sank Scharnhorst. Only 36 men were pulled from the icy seas, out of a crew of 1, 968.