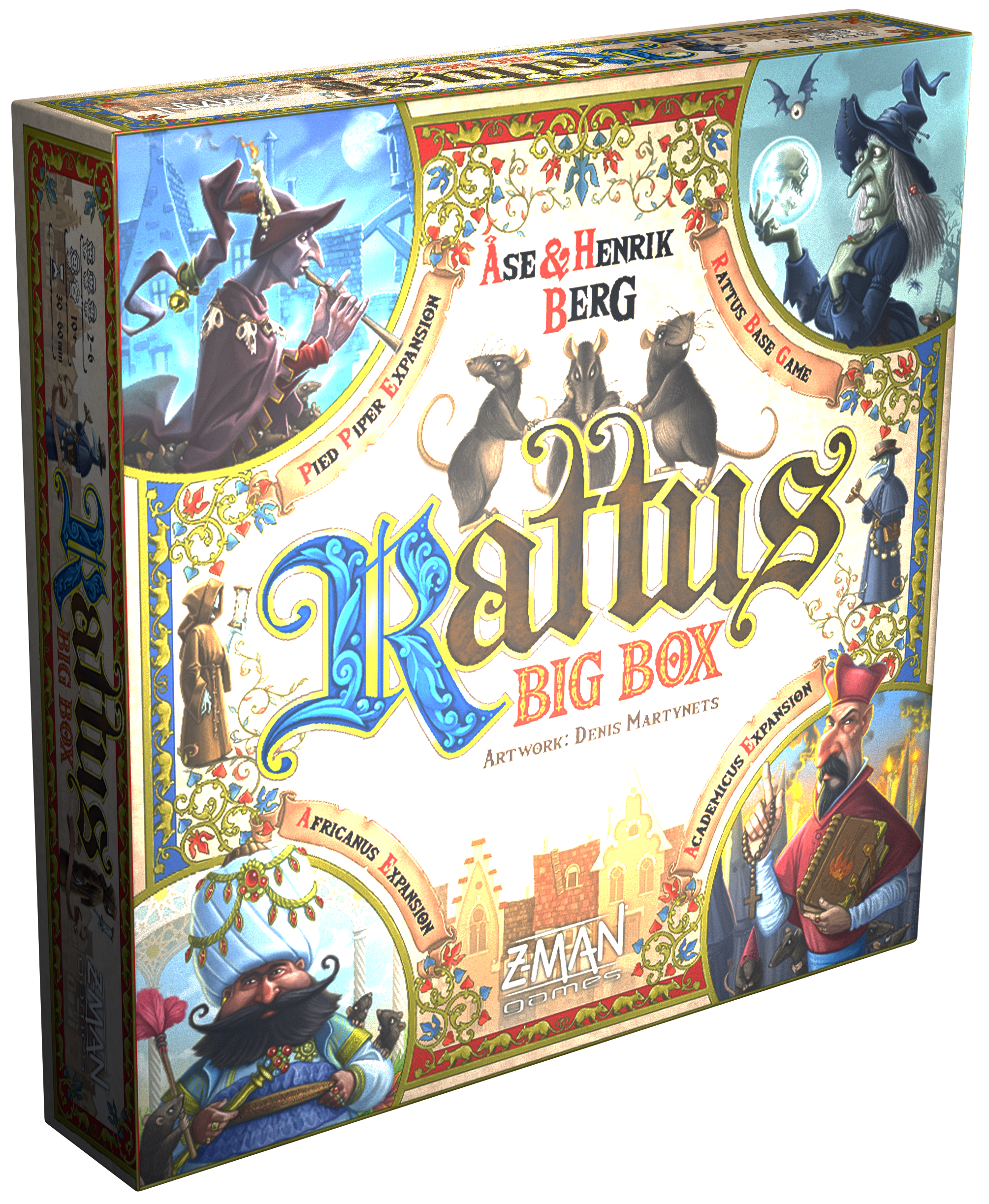 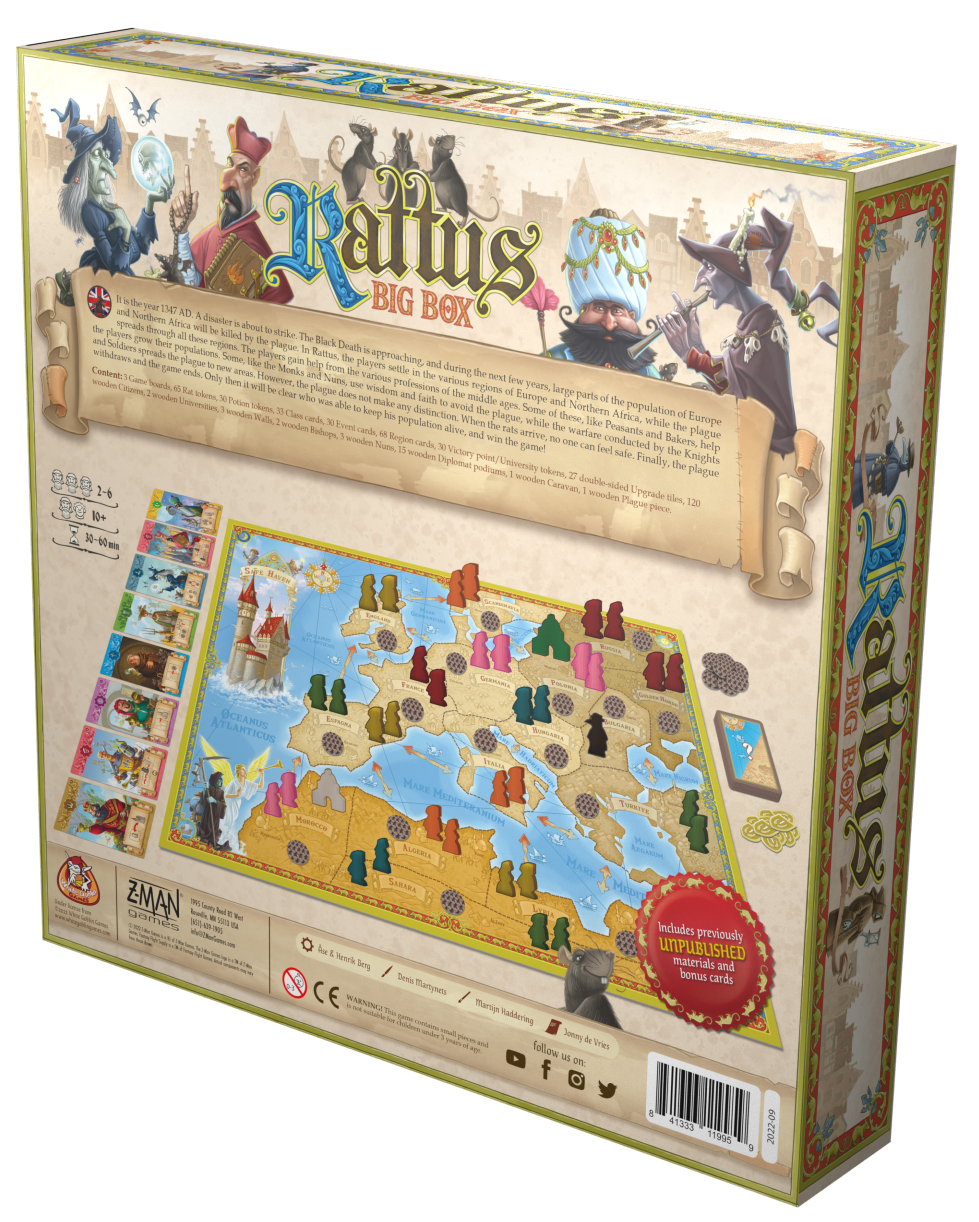 It is the year 1347 AD, and a disaster is about to strike. The Black Death is approaching, and during the next few years, large parts of the population of Europe and Northern Africa will be killed by the plague.

In Rattus, the players settle in the various regions of Europe and Northern Africa, while the plague spreads through all these regions. The players gain help from the various professions of the middle ages. Some of these, like peasants and bakers, help the players grow their populations. Some, like the monks and nuns, use wisdom and faith to avoid the plague, while the warfare conducted by the knights and soldiers spreads the plague to new areas. However, the plague does not make any distinction. When the rats arrive, no one can feel safe. Finally, the plague withdraws and the game ends. Only then will it be clear who was able to keep their population alive — and win the game!

Rattus: Big Box includes not only several previous released expansions and promos, but also previous unpublished materials, modules, and bonus cards. More specifically, this renewed edition of the Rattus line contains all materials of the base game and the Pied Piper, Africanus, and Academicus expansions. Additional new content is included, and players can add the new "Guilds & Inns" and "Bonus" modules to create even more variety and challenge.

This edition also contains popular bonus cards like The Judge, The Jester, and Boccaccio, as well as all 27 level upgrade tiles.