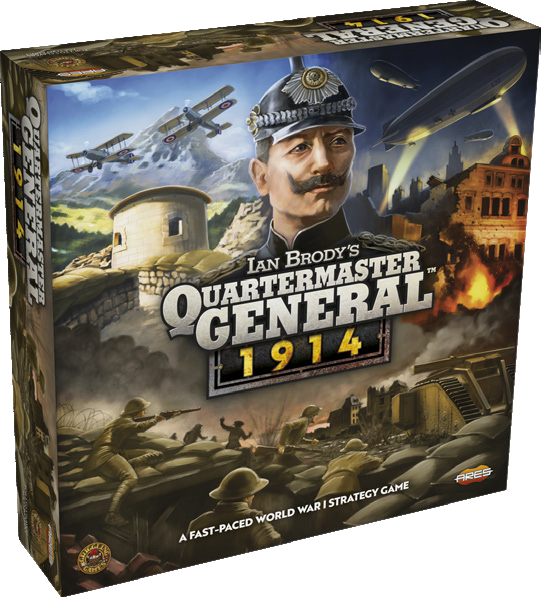 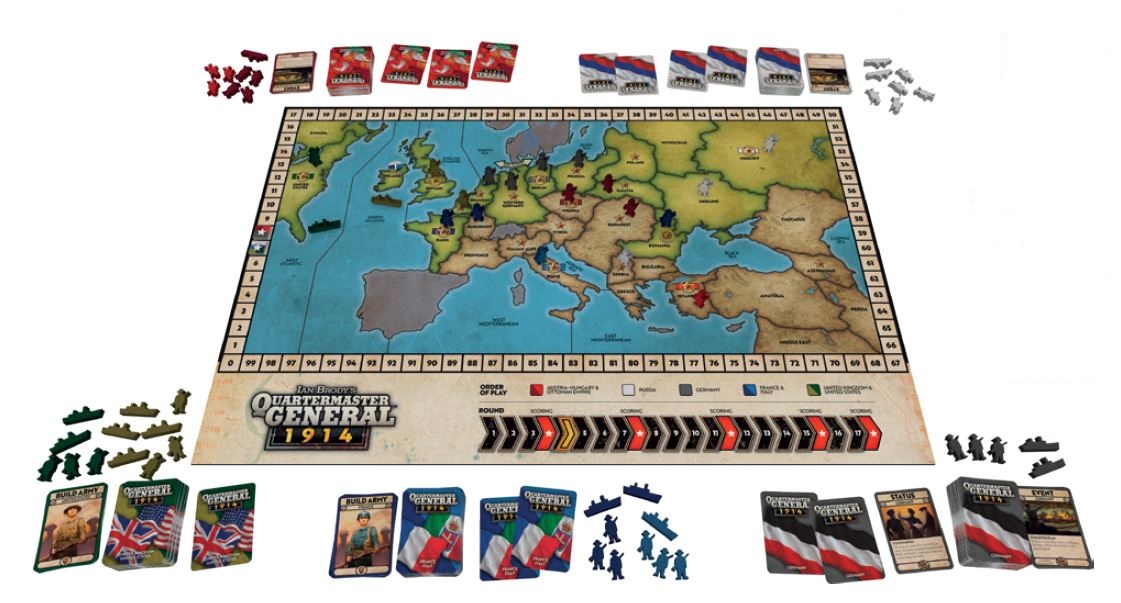 In Quartermaster General: 1914, each power has its own unique deck of cards, with its own strengths and strategies, providing strong replayability as you try your hand at playing the different powers. Each card has two different uses: one when played, and another when prepared. On their turn, players have the opportunity to both play and prepare a card. They can also spend cards to draft more troops or use cards to subject their opponents to attrition.

Each Power’s deck represents the resources of that player: “digging” too quickly through the deck in the early game might result in unsupported armies being swept away in the final rounds. This is worth it if a player can capture Berlin or Paris in 1915 - but if the gambit fails, you may have a tough road ahead. The game ends after 17 rounds of play, or earlier if one side has a commanding enough lead.