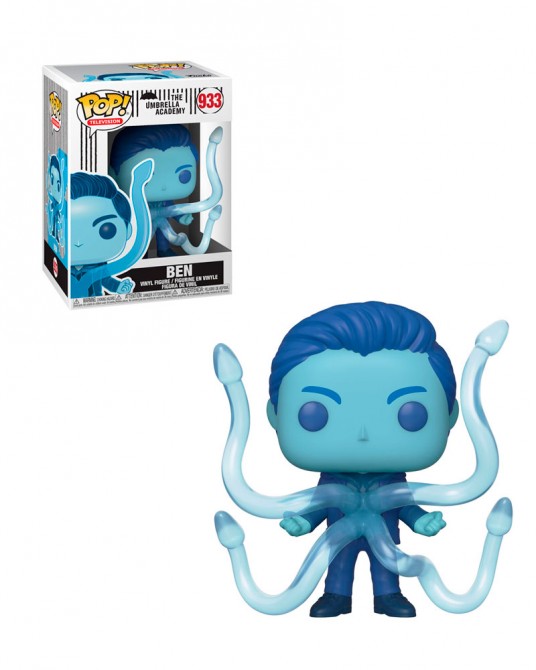 The Umbrella Academy is the smash hit Netflix series adapted from the graphic novels by Gerard Way of My Chemical Romance which centres around a dysfunctional family of seven adopted sibling superheroes.

Ben Hargreeves played by Justin H. Min is also known as Number Six. His super power is the ability to summon tentacle creatures through a portal to another dimension located in his body.

This Ben Hargreeves Pop! stands around 3 and 3/4 inches tall, comes packaged in a window display box and will look epic with your Pop! Television collection! Please note images shown are artwork and final product produced may vary.