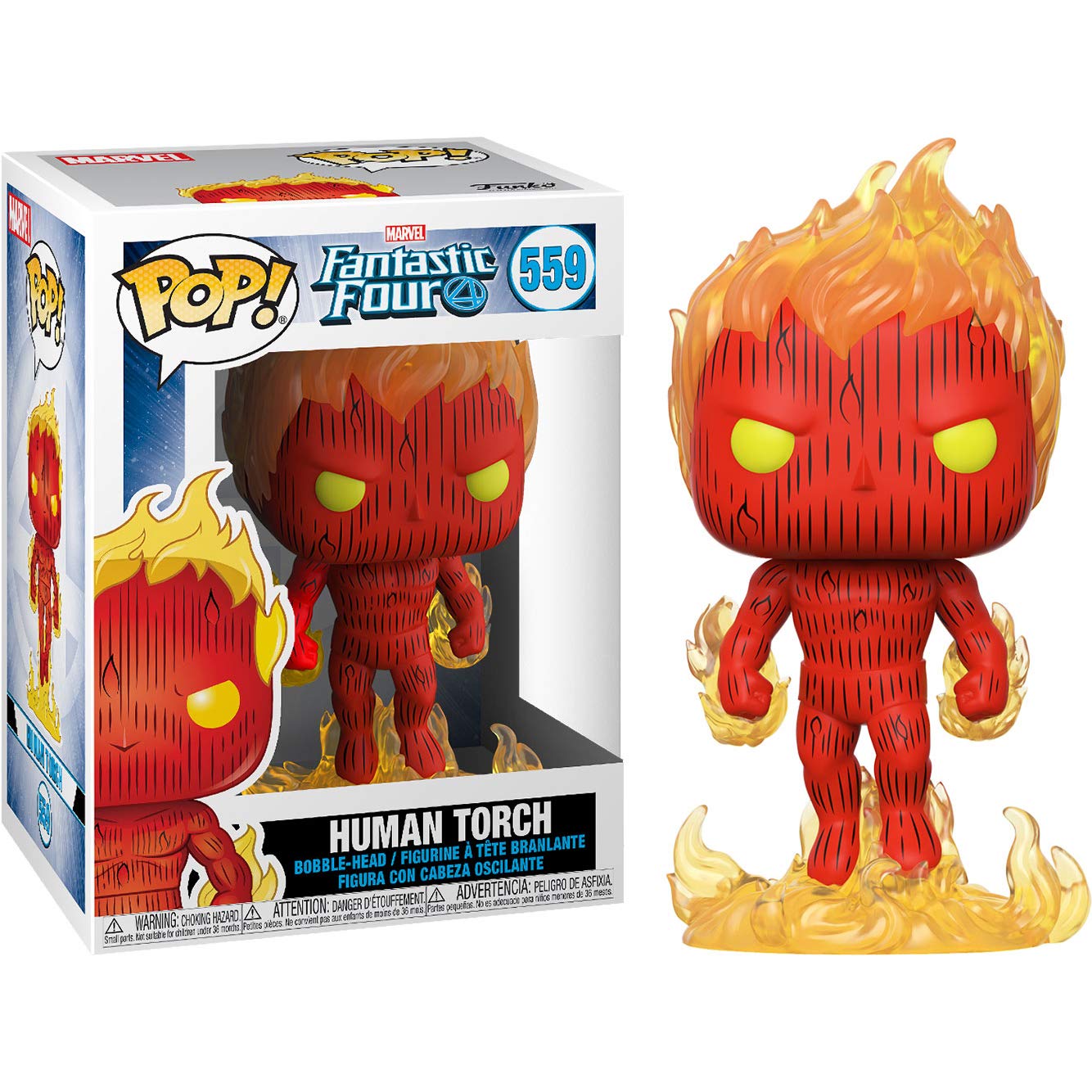 Growing up in Glenville, New York, a fictional Long Island suburban town, Johnny Storm lost his mother due to a car accident from which his father, surgeon Franklin Storm, escaped unharmed. Franklin Storm spiraled into alcoholism and financial ruin, and was imprisoned after killing a loan shark in self-defense. Johnny Storm was then raised by his older sister, Sue Storm.

Like the rest of the Fantastic Four, Jonathan "Johnny" Storm gained his powers on a spacecraft bombarded by cosmic rays. He can engulf his entire body in flames, fly, absorb fire harmlessly into his own body, and control any nearby fire by sheer force of will. "Flame on!" which the Torch customarily shouts when activating his full-body flame effect, has become his catchphrase.