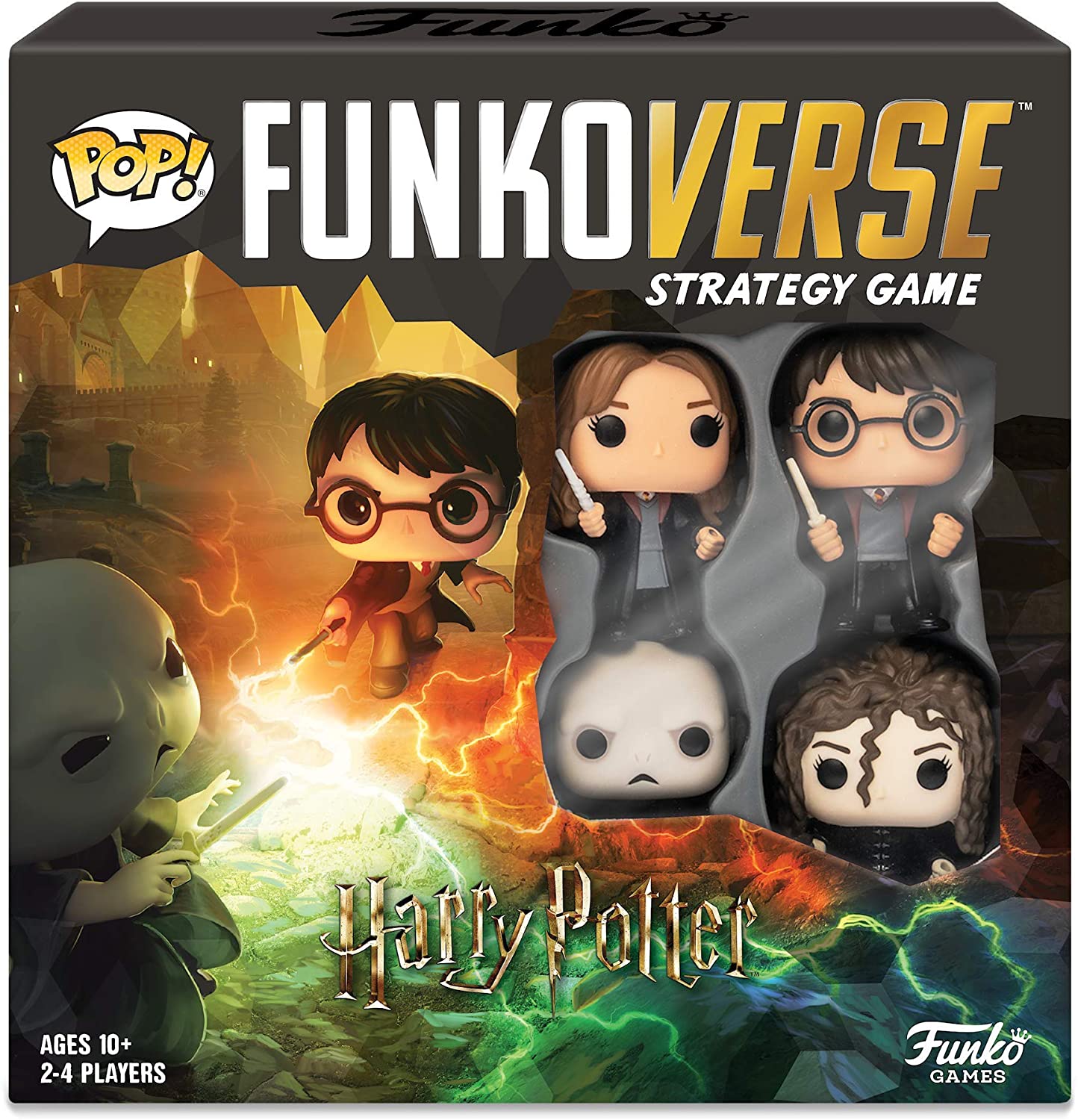 In Harry Potter 100 move through 4 exciting game scenarios and move through locations such as Diagon Alley or Room of Requirement with Lord Voldemort™, Bellatrix Lestrange™, Hermione Granger™, and Harry Potter™.

In the Funkoverse Strategy Game, you combine your favorite characters and go head-to-head in four exciting game scenarios. Use your characters' unique abilities to gain points and achieve victory!

Each turn, you select one of your characters and perform two actions. Each character has access to basic actions like moving and challenges as well as several unique abilities that may be performed only by spending ability tokens. Funkoverse uses an innovative "cooldown" system — the more powerful the ability, the longer it will take for the ability token to become available again — so players have to spend their ability tokens wisely. Each character in Funkoverse is unique, so players are encouraged to try out different combinations of characters and items in order to discover their favorite synergies and powerful strategies for all four game scenarios.