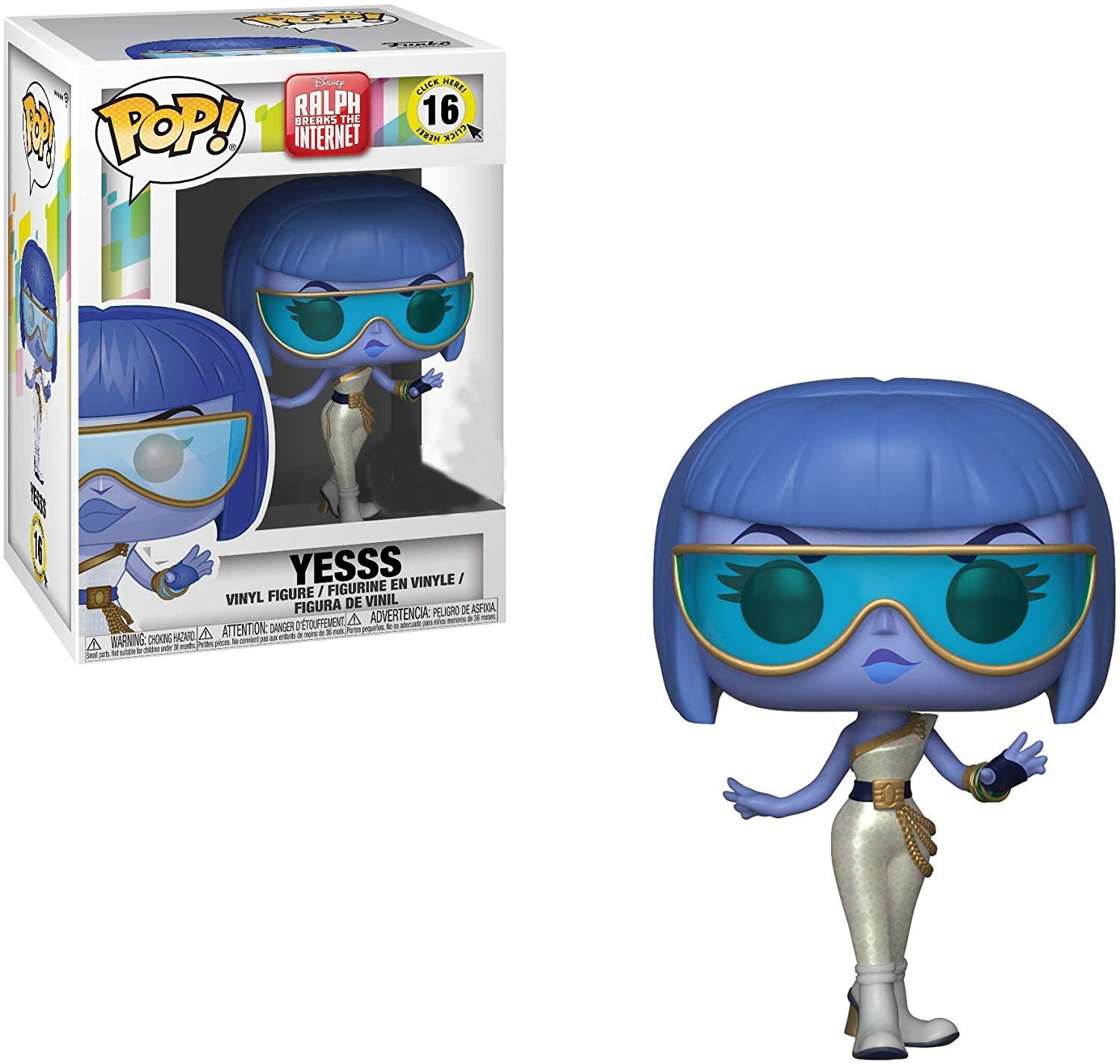 It's been six years since Wreck-It Ralph introduced the world to the videogame villain with a heart of gold and the adventures continue with Ralph Breaks the Internet.

Pop! Wreck-It Ralph is ready to start wrecking with his enormous fists. And Fix-It Felix and his golden hammer are ready to start fixing anything that Ralph destroys. Vanellope might look sweet, but she's more than capable of taking care of herself on and off the racetrack. Shank looks about as tough as her name suggests. Yesss might be an algorithm, but she's the coolest algorithm you'll ever meet and her limited edition Chase figure includes metallic hair. As a search engine, KnowsMore pretty much knows everything you'd want to know, as his name suggests. Taffyta looks snobby, as you might expect, but there's no denying that her racing outfit is pretty cool. And Fun Bun's just an adorable bunny tossing back an enormous stack of pancakes.