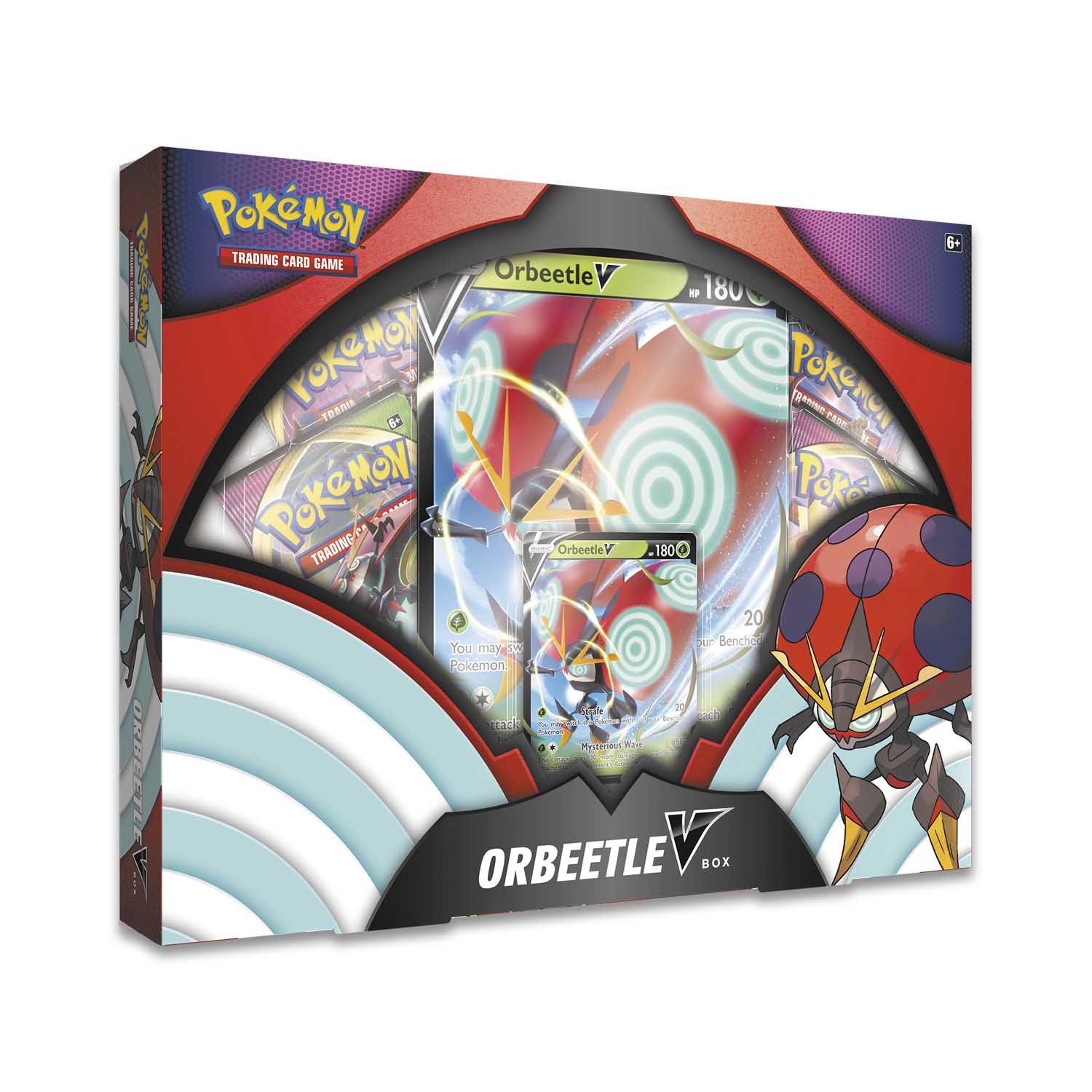 Orbeetle V is all brain—and it has ways of outsmarting anyone! Its immense intellect gives it a major psychic punch, and it leaves your opponent wondering what's coming next. Flying high into the sky, the Seven Spot Pokemon looms over weaker Pokemon in battle! You'll find the brainy Orbeetle V in both playable and display sizes, together with treasures from Pokemon TCG booster packs.