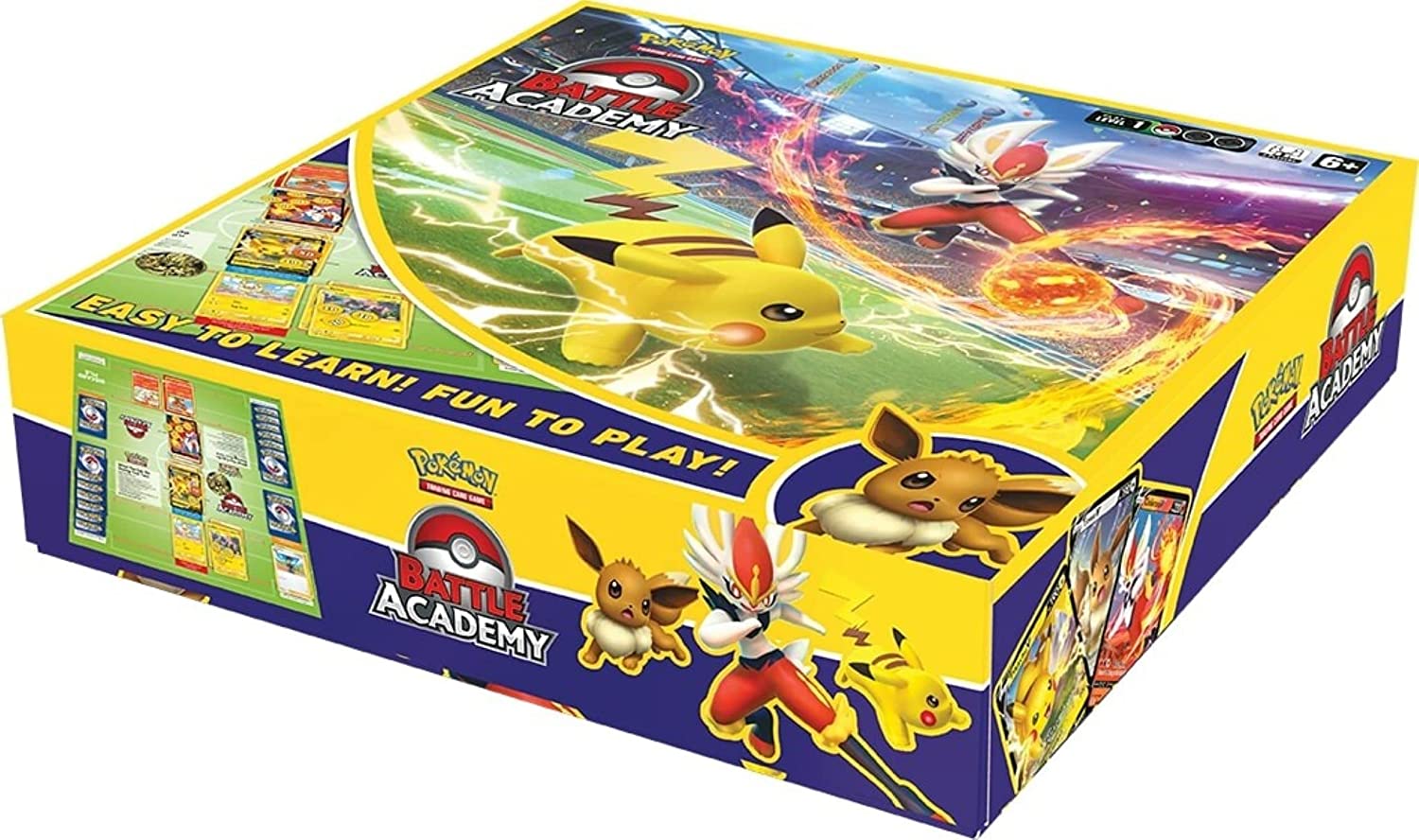 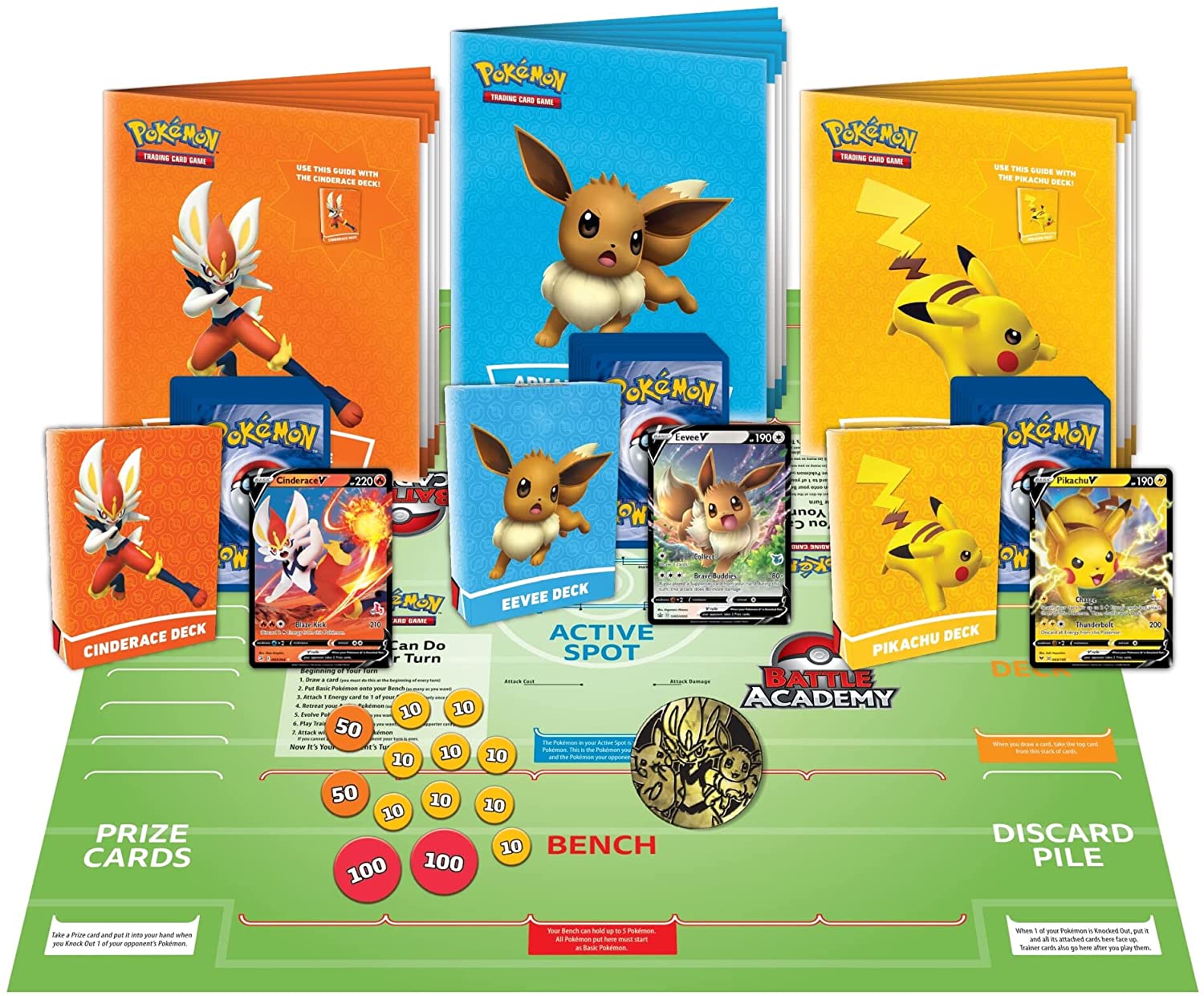 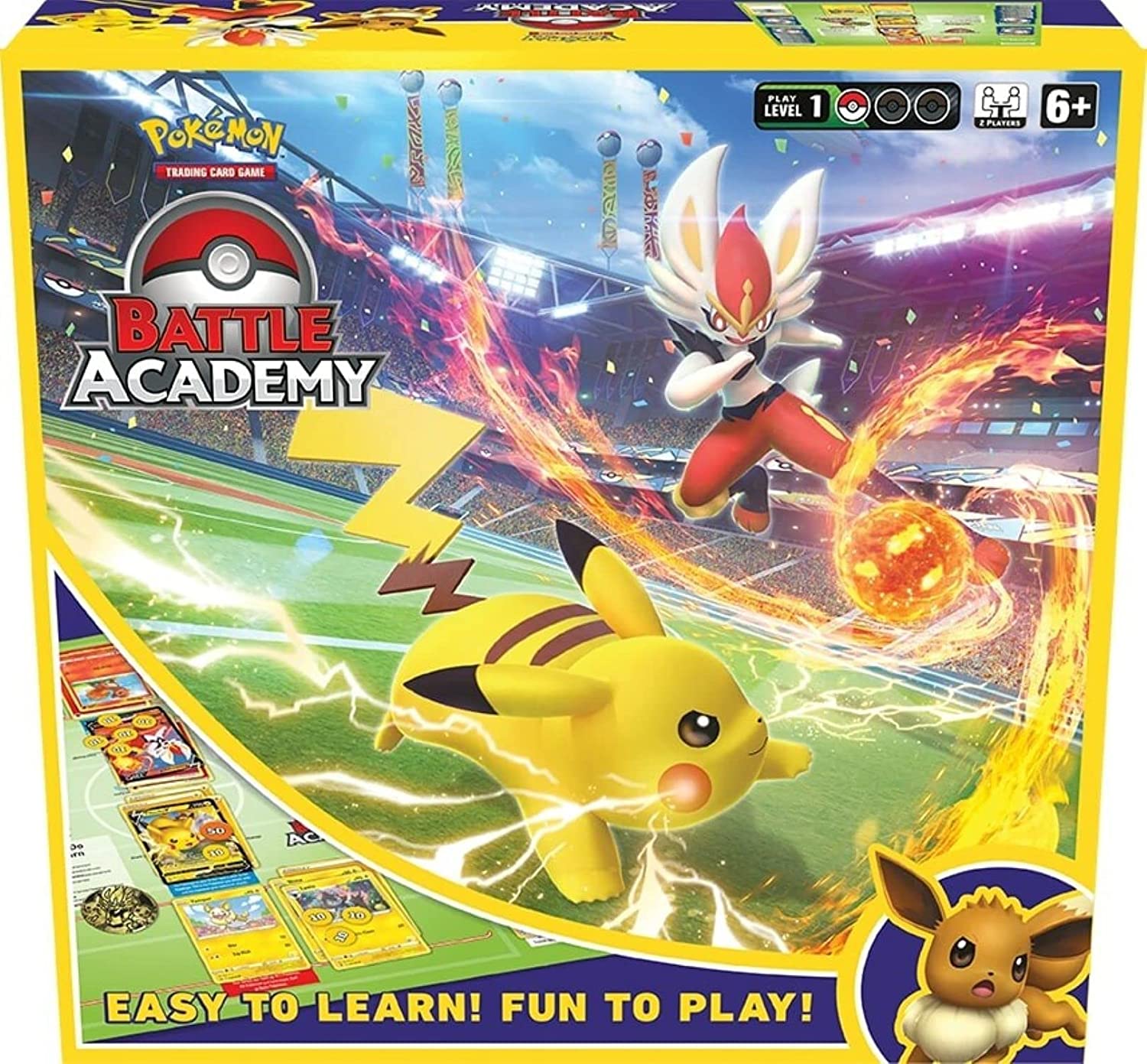 Join the Pokémon Trainers at the Battle Academy!

Prepare for a Pokémon battle with the ready-to-play Pokémon Trading Card Game Battle Academy! The Battle Academy includes everything two players need to play, with guides to the decks so your first game is easy to follow.

You can choose Cinderace or Pikachu to lead your team in a heads-up battle against another Trainer. Then, switch up the decks to play Eevee against Cinderace or Pikachu, and lead a different team of Pokémon into the arena! With a little strategy and a little luck, you can battle with the best!