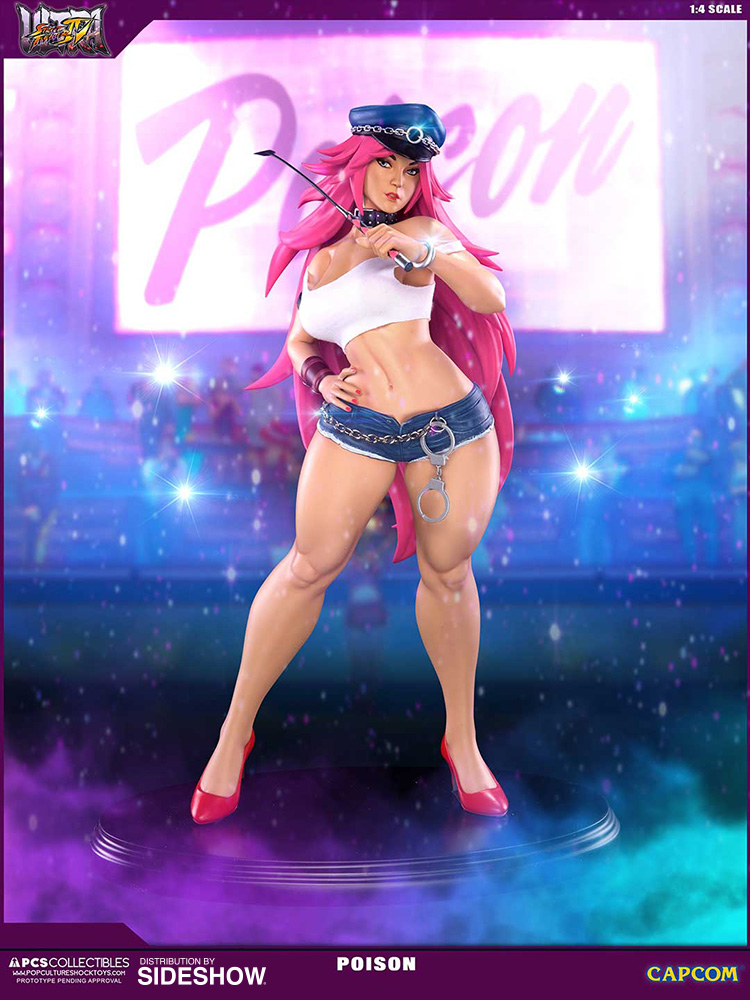 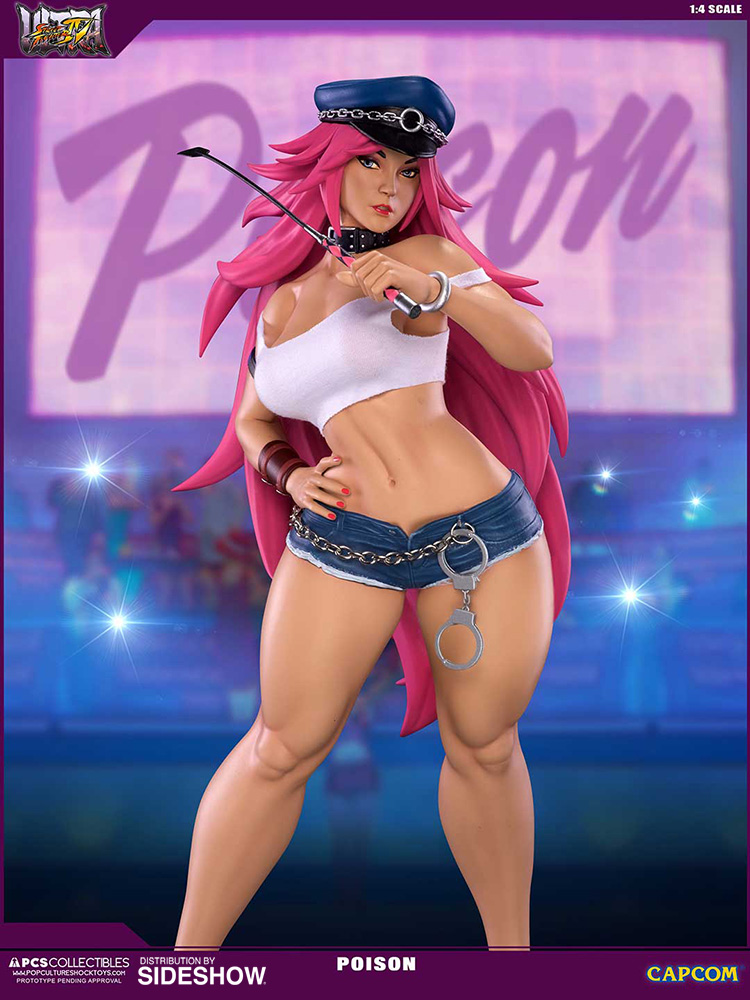 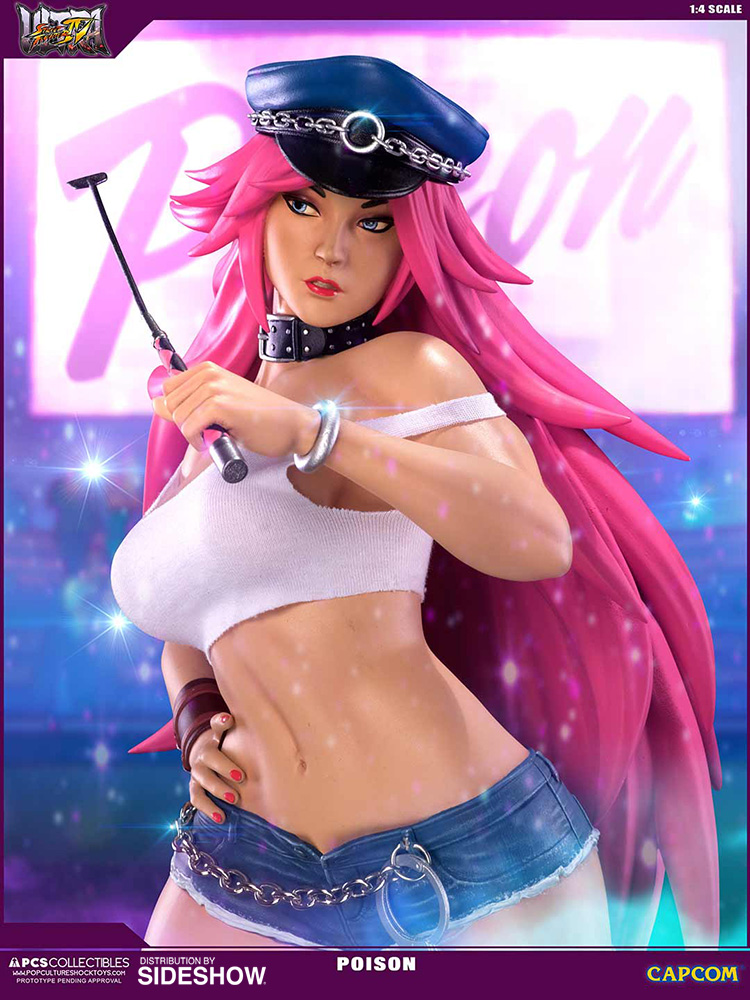 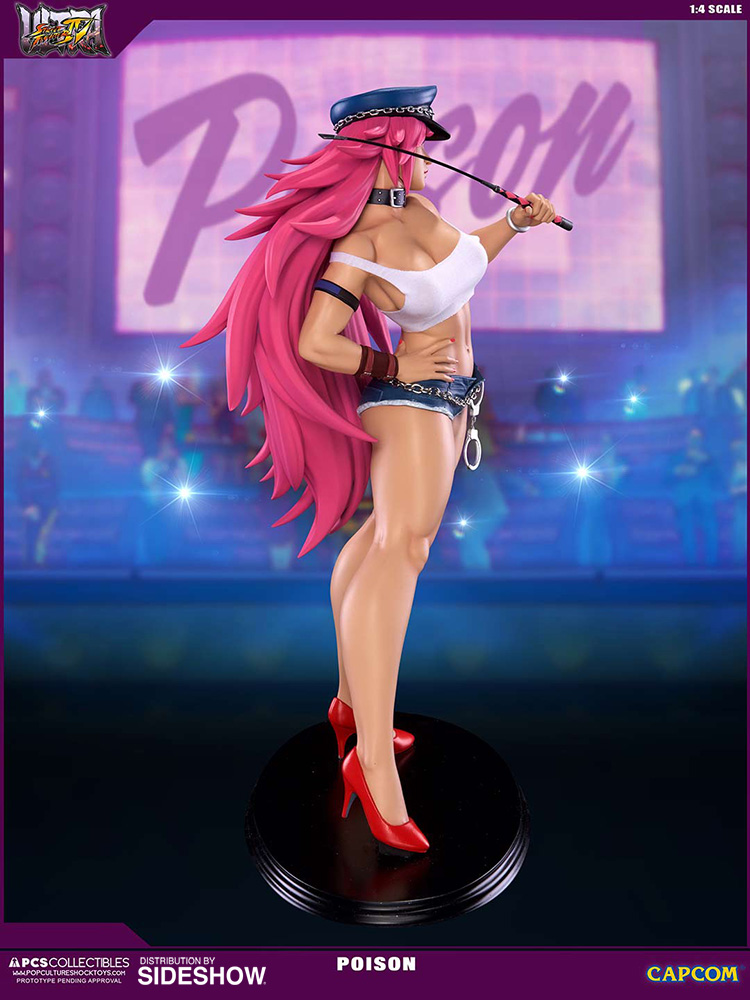 Now, the show is ready to begin!"

With her bondage cap, studded choker, riding crop and handcuffs, Poison is not the most subtle of characters. Her exposed midriff, "Daisy Duke" shorts and trademark red high heels are not exactly practical for fighting, either. Poison's M.O. is attracting attention, and at that, no other Capcom character comes close.

First appearing in Street Fighter's cousin franchise, Final Fight, she would cameo in the background of Marvel Vs. Capcom 3 and other Street Fighter games before becoming playable in Street Fighter x Tekken. By then she had so intrigued fans that Capcom had no choice but to add her to the roster of an actual SF game, Ultra Street Fighter IV, where moves like her Poison Kiss made her insanely popular.

But what makes Poison truly unique is the question of her gender.

Created to be a recurring enemy in Final Fight, her design took inspiration from ˜80s hair metal music video vixens. When someone at Capcom pointed out that having Final Fight leads Cody and Guy continuously punching a girl in the face might not make the most heroic optics, the well-intentioned decision was made to simply say that she was Transgender. After it was explained that violently beating Trans characters was not an acceptable solution either, the design was dropped entirely and replaced with male punks named Sid and Billy.

Because that fluid gender distinction was so rare in the industry, it clung to her like an urban legend, and although she was never intended to be anything other than female, the proud, provocative Poison became iconic to an under-represented demographic of gamers. Today Capcom's official stance is that Poison is whatever you want Poison to be.

PCS is proud to present their most-requested Wish List  character as she has never been seen before. The way she is meant to be seen.

Brought to life beginning with the actual in-game models, PCS have created the definitive Poison, faithfully recreating her accessories down to the last chain link and real fabric (stretched) crop top. Their bright colors will draw all eyes right to them, bursting out of any collection and making it coalesce with exuberance.  The Retail Edition of Poison features lustfully pursed lips and her trademark riding crop. 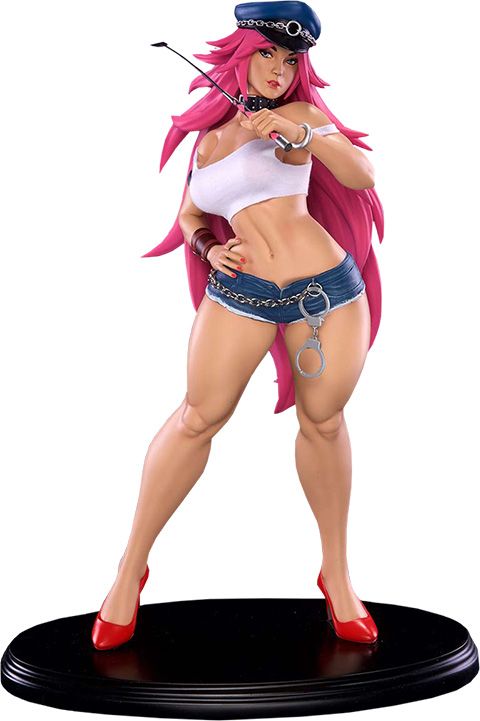