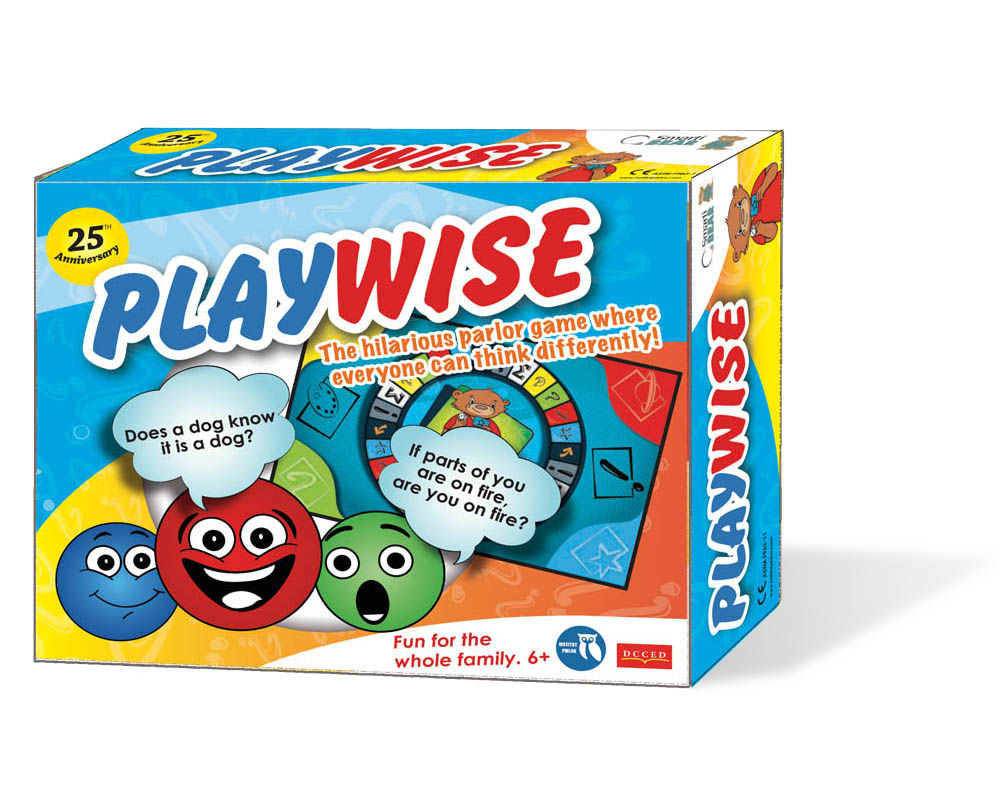 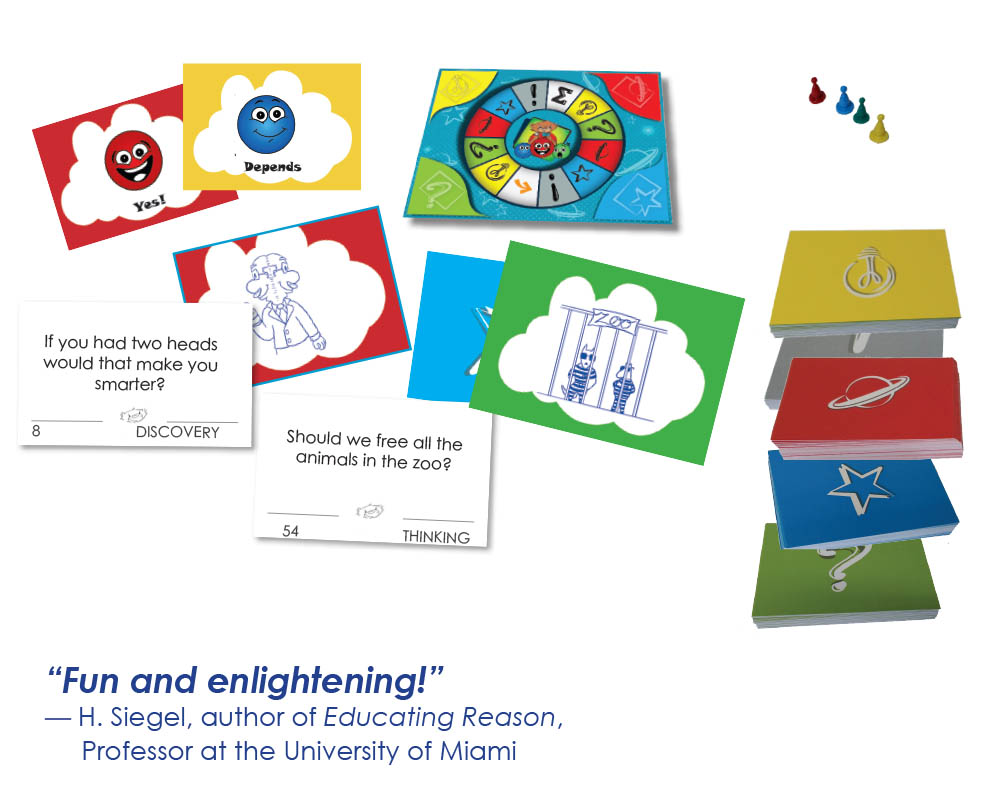 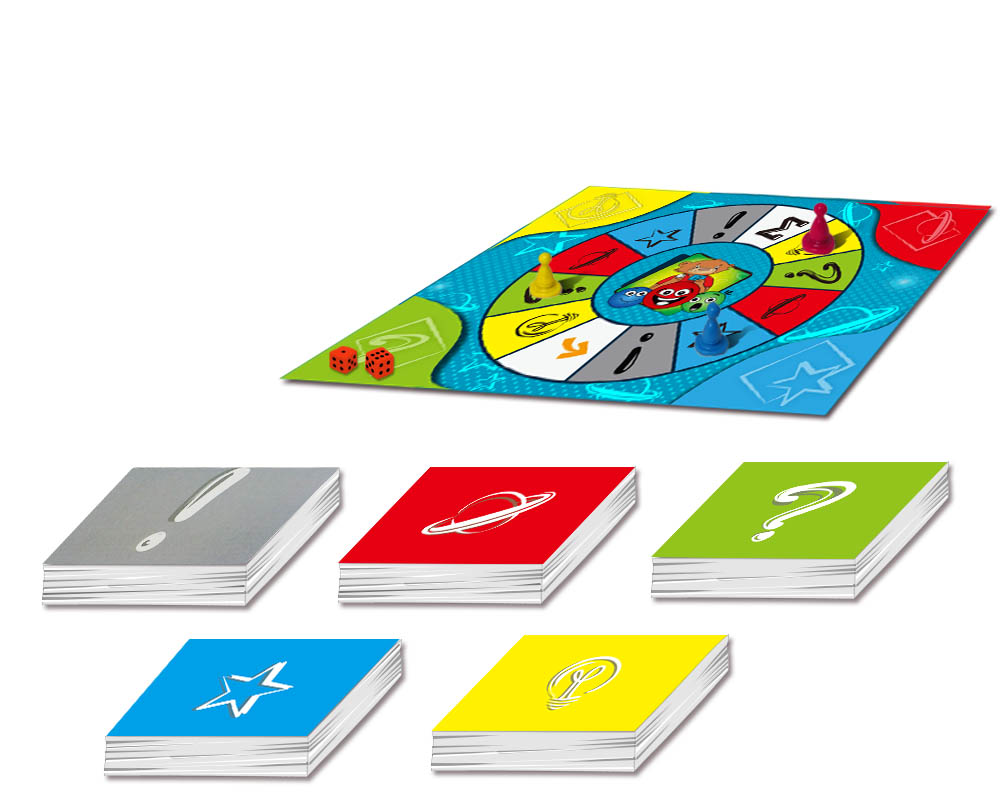 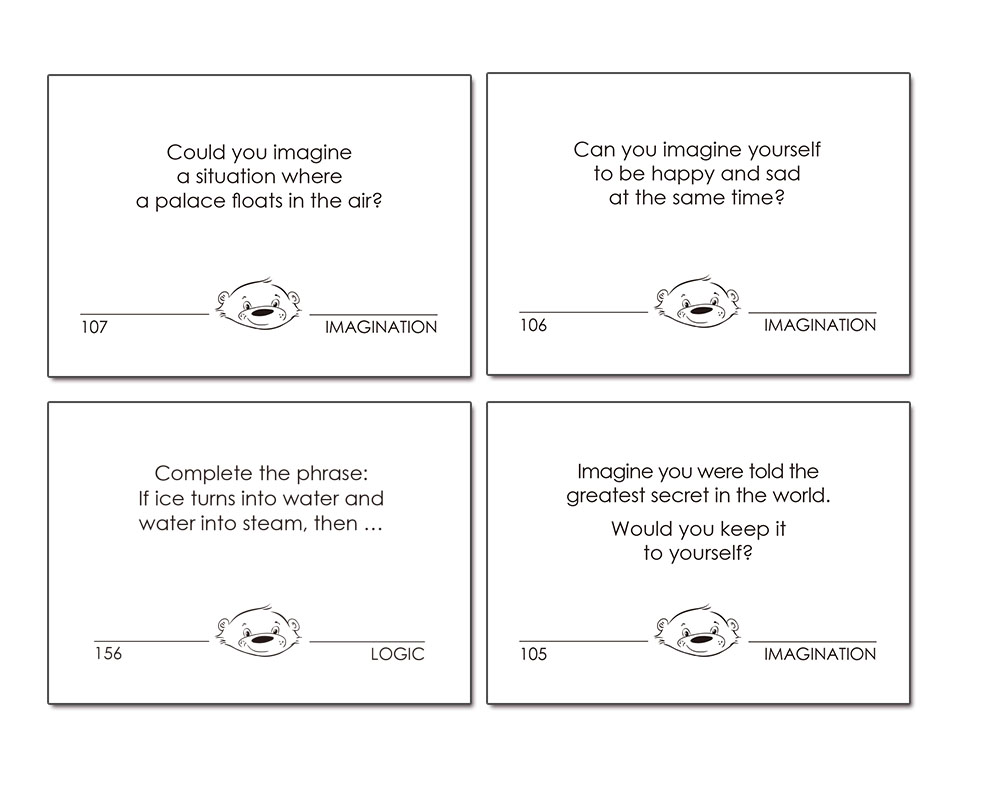 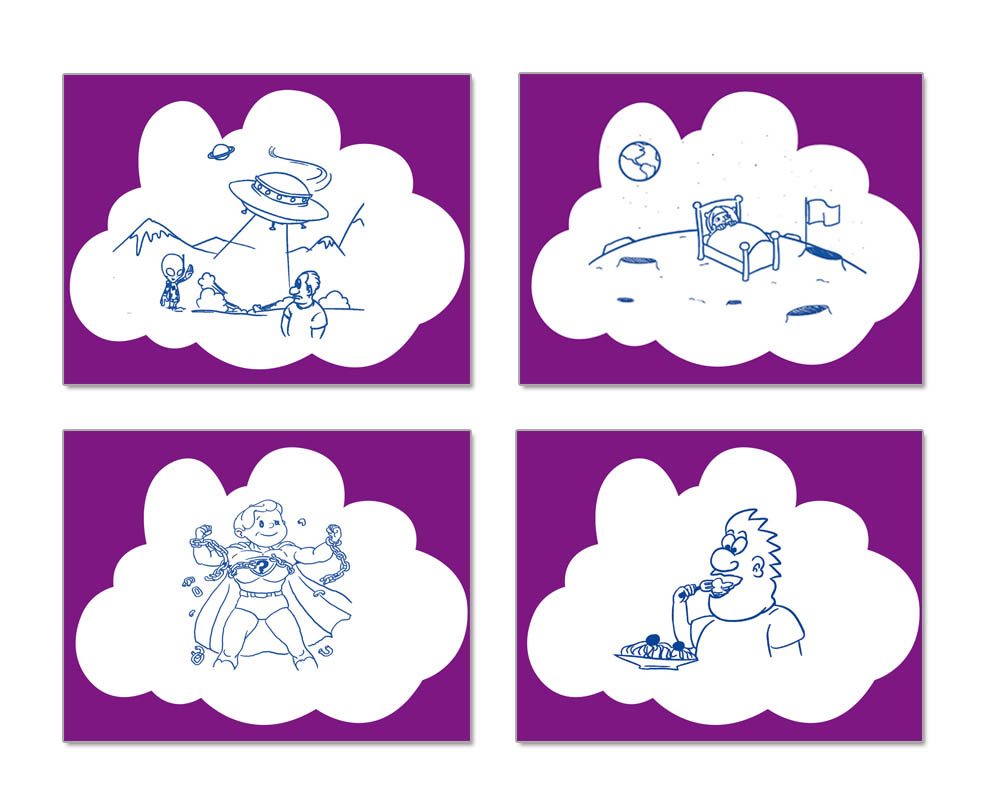 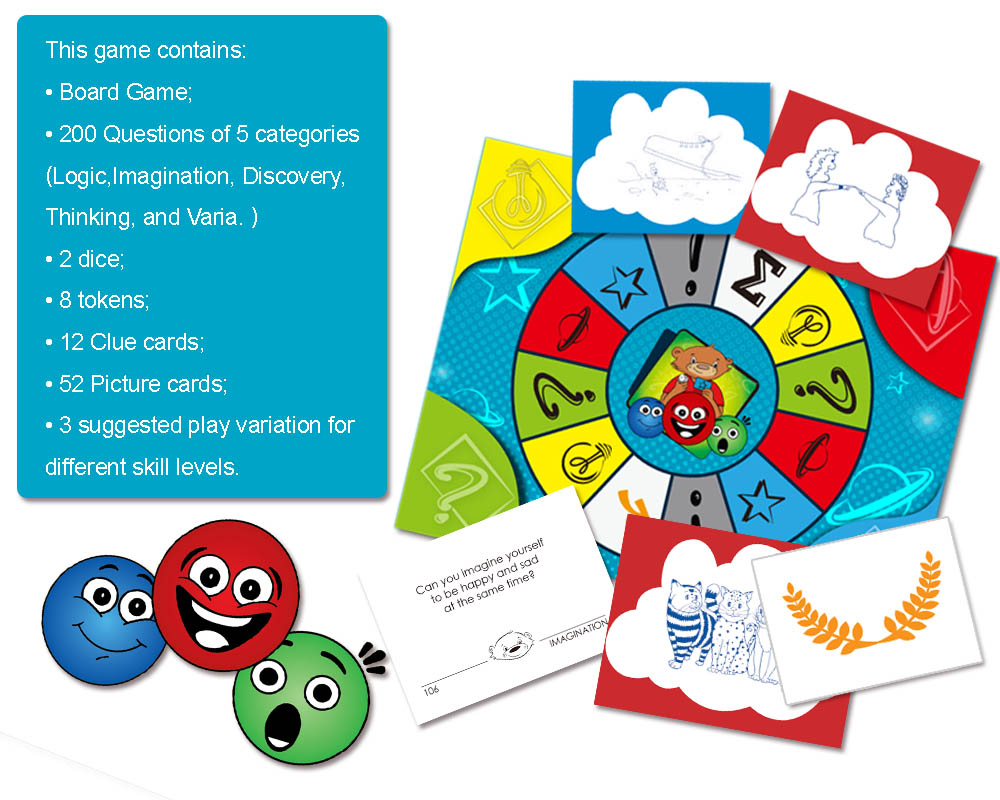 Playwise: A game where everyone can think differently!

Playwise is a new and expanded version of the Game of Wisdom for ages 6 and up. Three versions of the game make it easy to adapt to the skill and number of players. The players take turns being the judge of each round, awarding the question card to the best answer and a laurel for every good answer. The winner is the first to collect a card from each category and ten laurels.

Version 1 Funny Pictures
The judge chooses a question card from the five categories and reads it aloud. All other players put down a picture card that they think best matches the question. The judge chooses the best answer and explains his or her choice. The winner of the round keeps the question card and receives a laurel. This player is awarded a second laurel if his or her reason for choosing that card is different from the judge's.

Version 2 The Right to Speak
In this version players compete for the Right to Answer by being the first to put down an answer card or their Right to Speak token. He or she must take the stance Yes, No, or Depends and is awarded a laurel for answering the question. Other players must take a different stance in order to win a laurel for that round. The judge may offer one person per round a chance to answer again, with a different answer, and win a bonus laurel.

Version 3 Write & Speak
A question card is read aloud to start the round and players have one minute to write their answer down. The first player reads his or her answer and the others must discard their answers if they are the same. A laurel is only awarded to the answers that are different in kind, even if they take the same stance. This is a more relaxed and social version of Playwise. Funny and unique answers are sure to dominate the game.

Playwise is not a game of debate, but a game of discussion where new ideas can be formed and combined in interesting ways. Demonstrate your wisdom by showing the ability to listen closely and build on the ideas of others. It is an excellent family parlor game and can be used as an extra-curricular activity in schools.