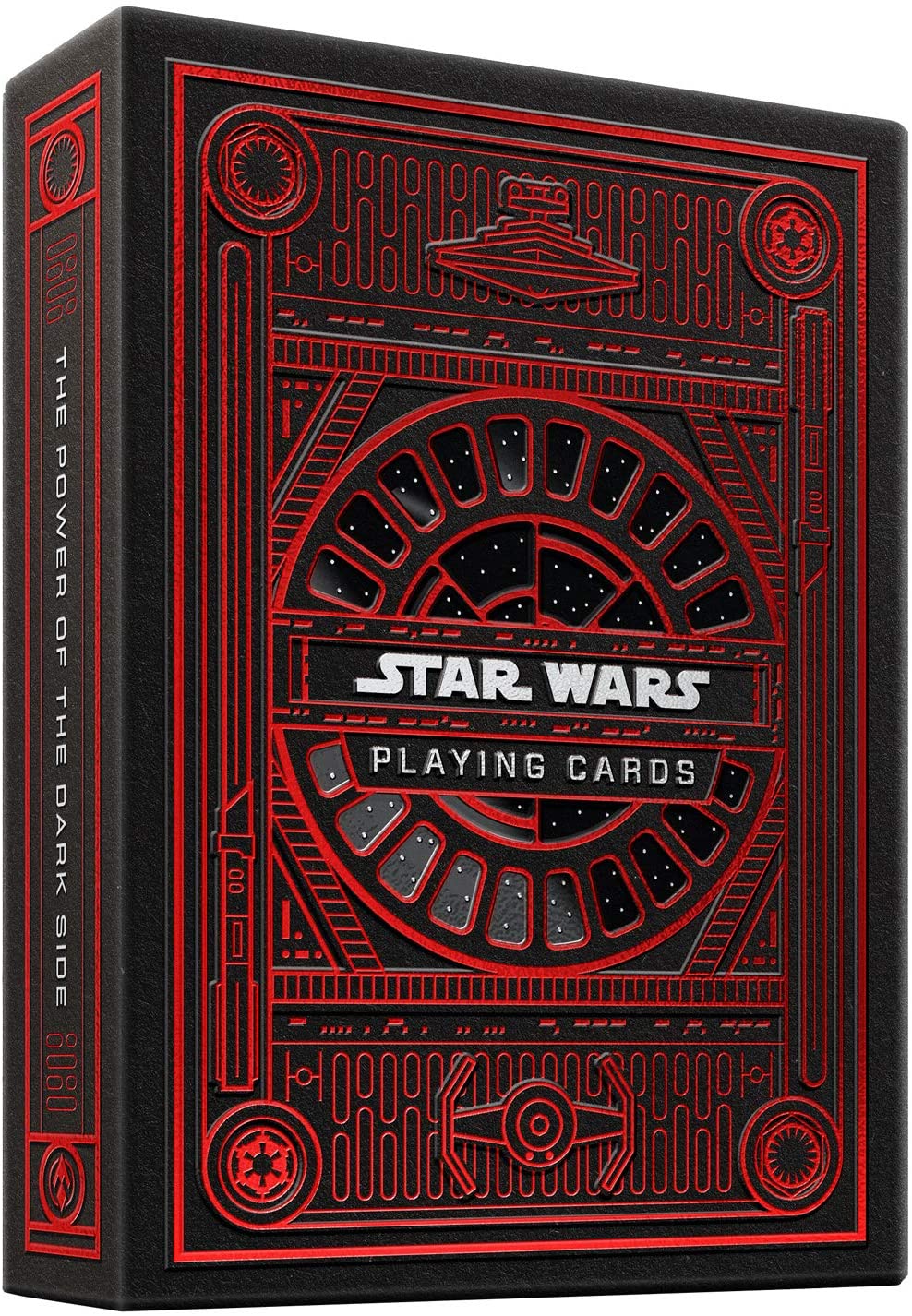 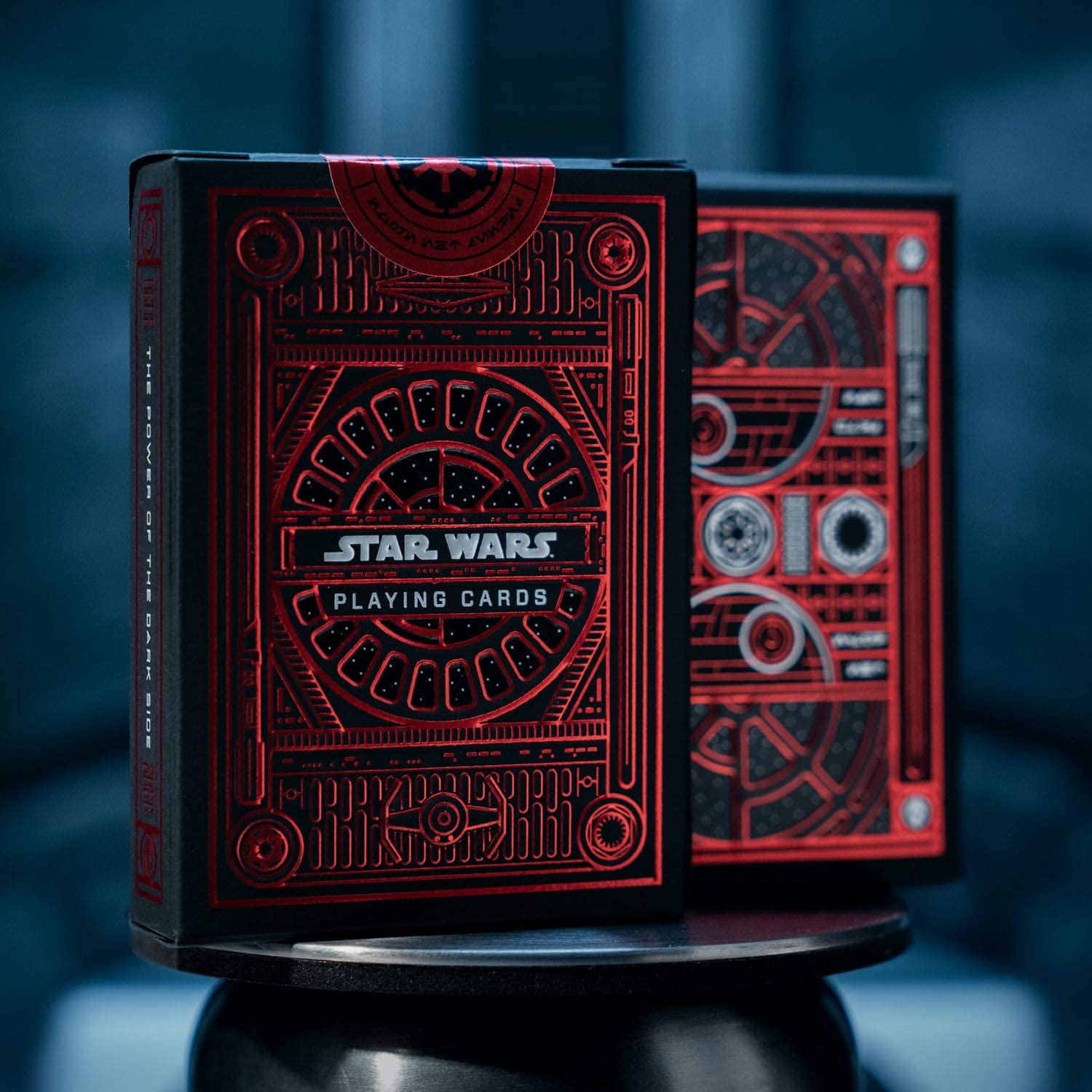 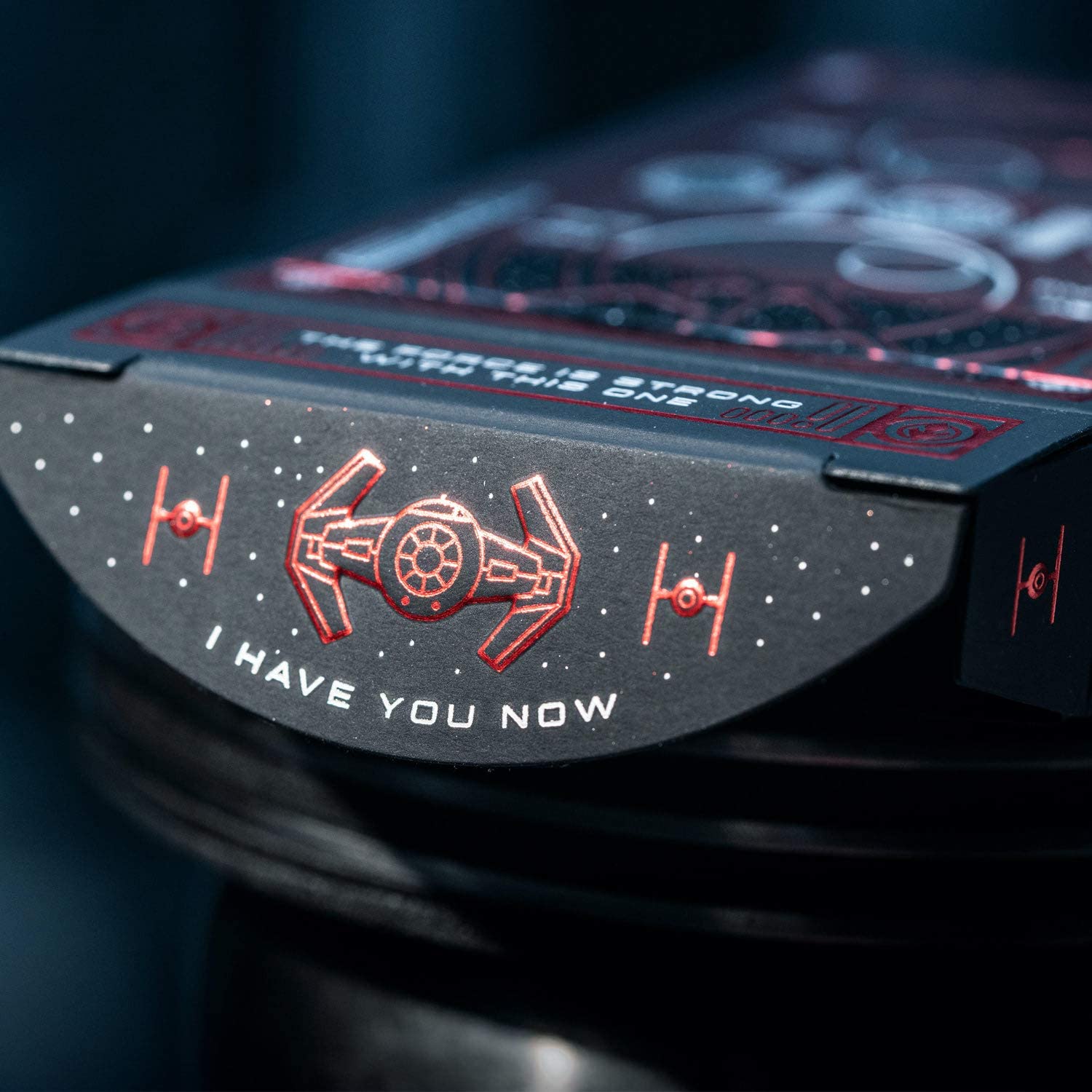 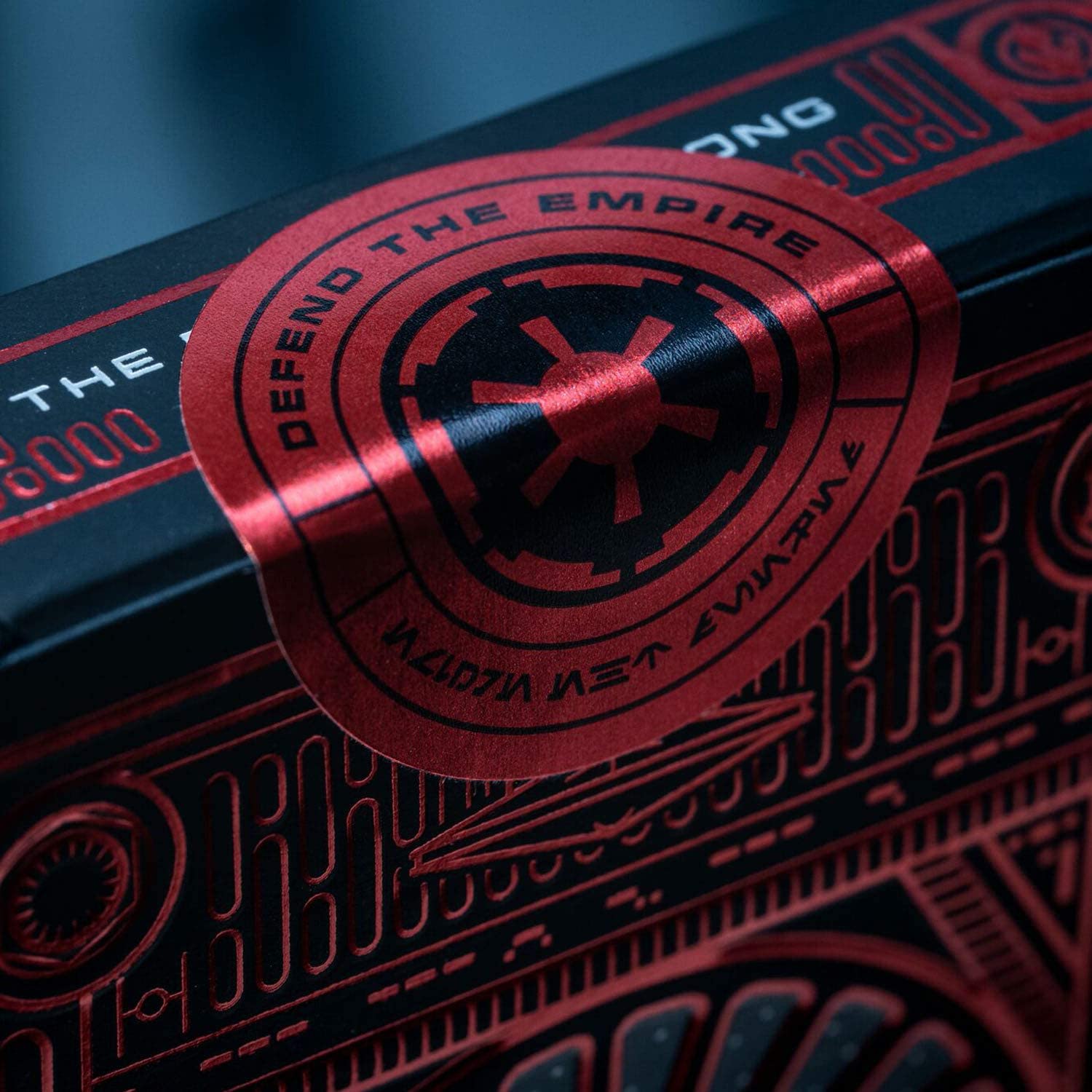 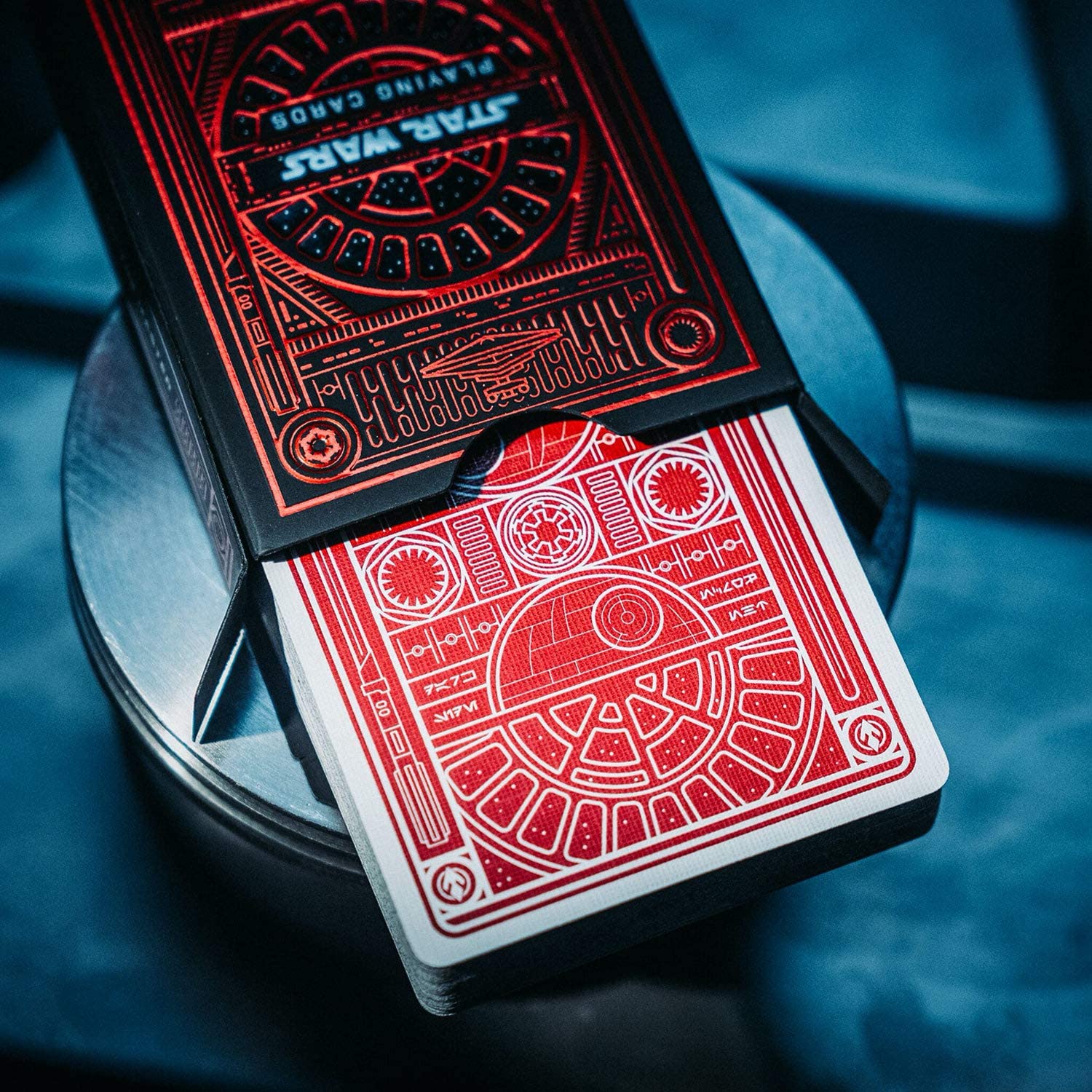 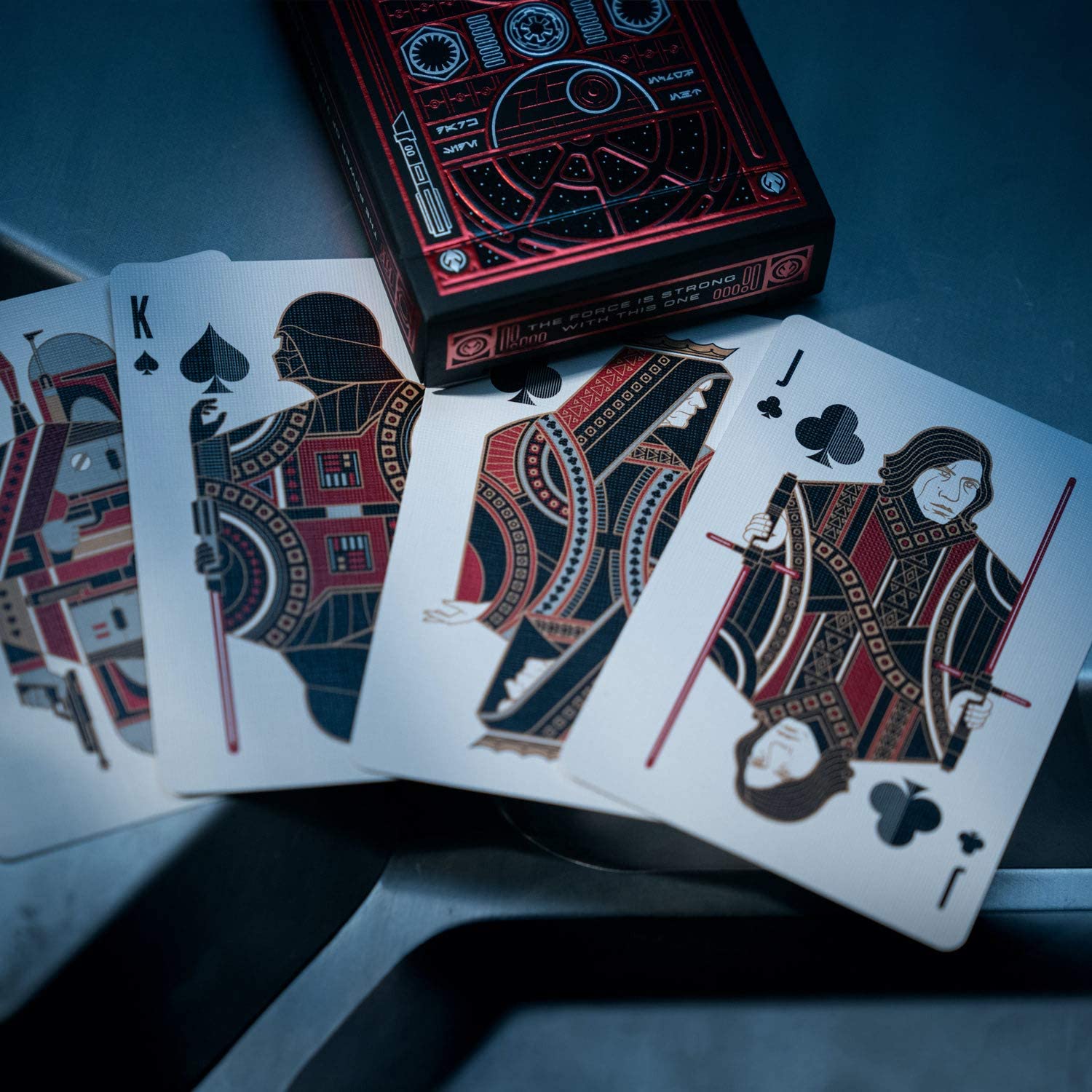 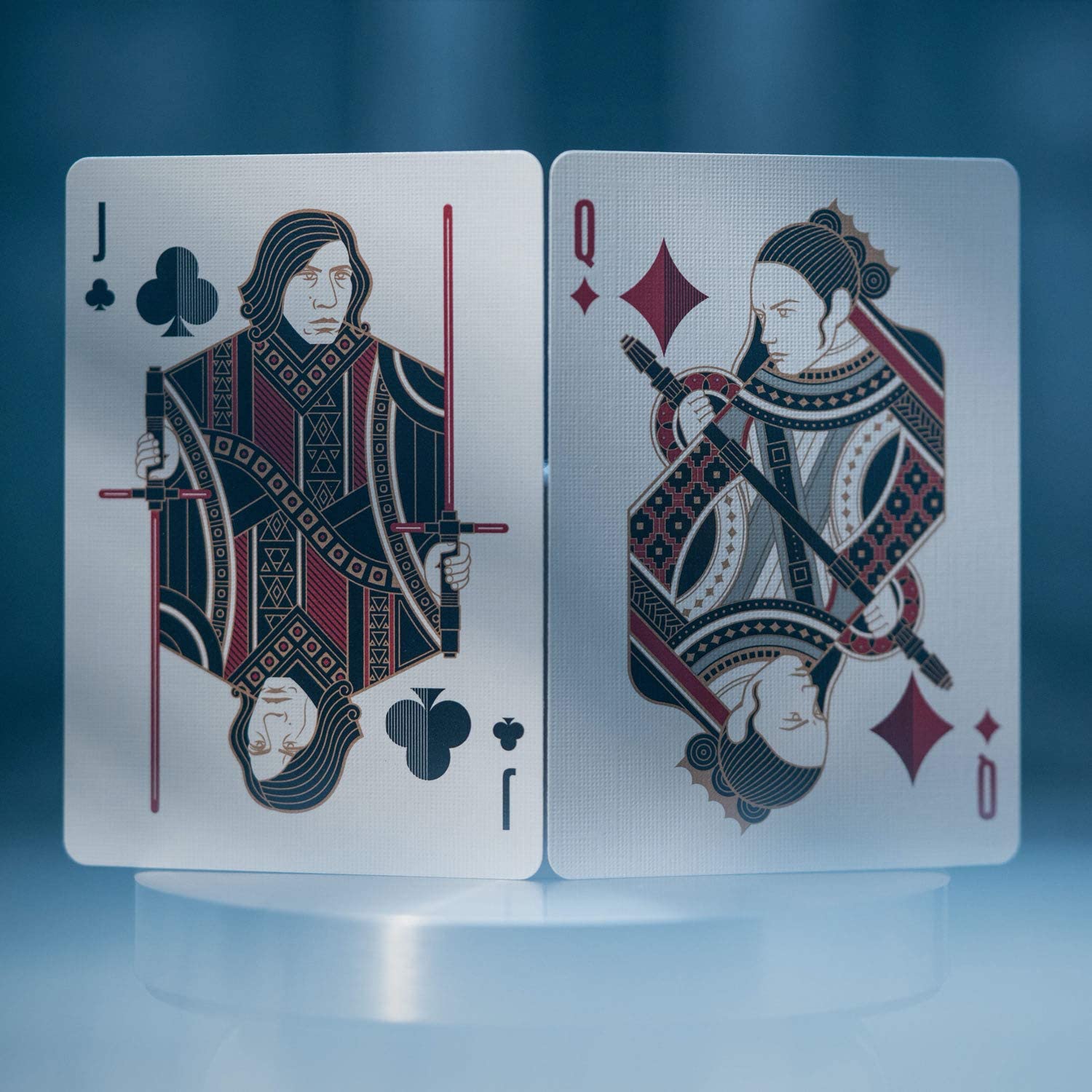 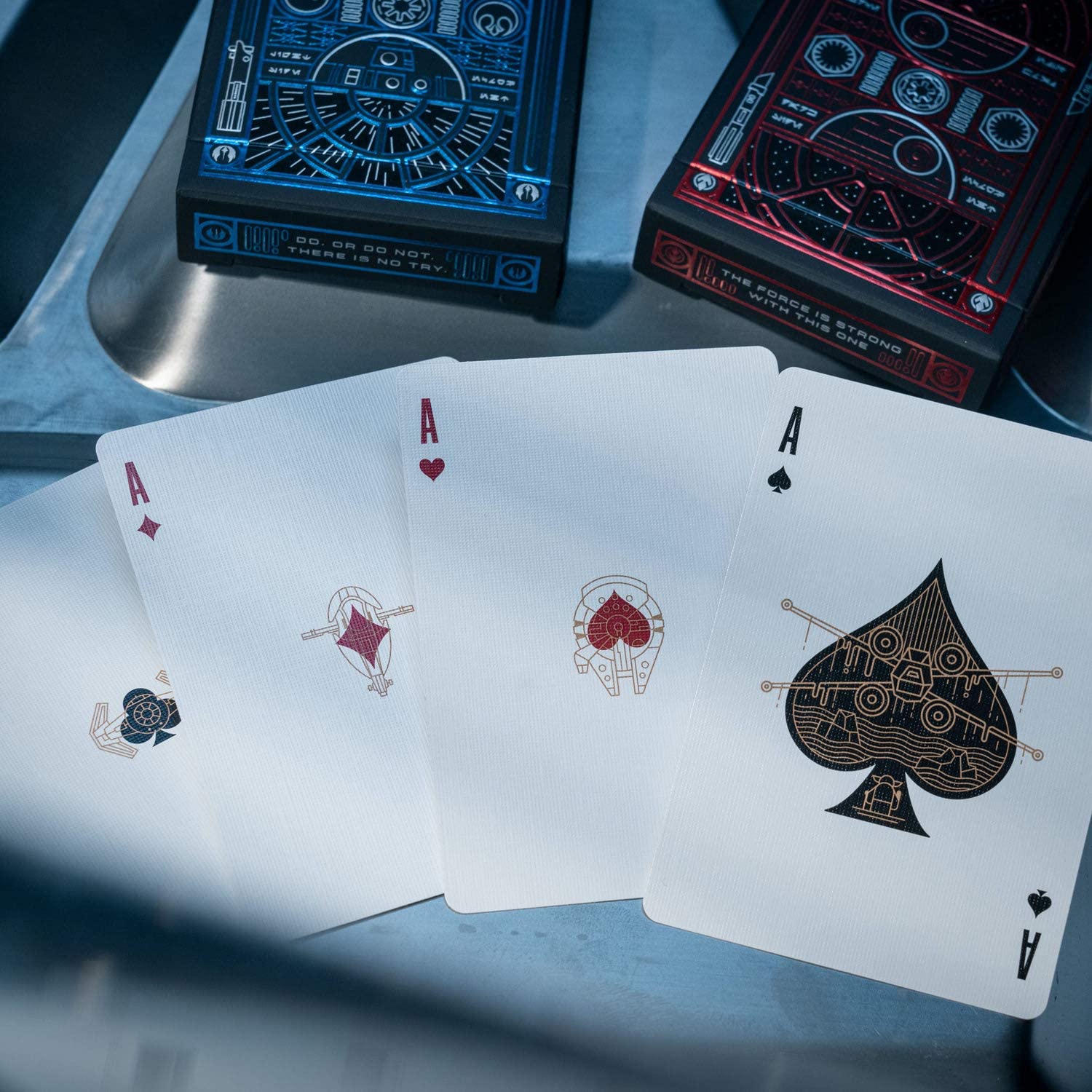 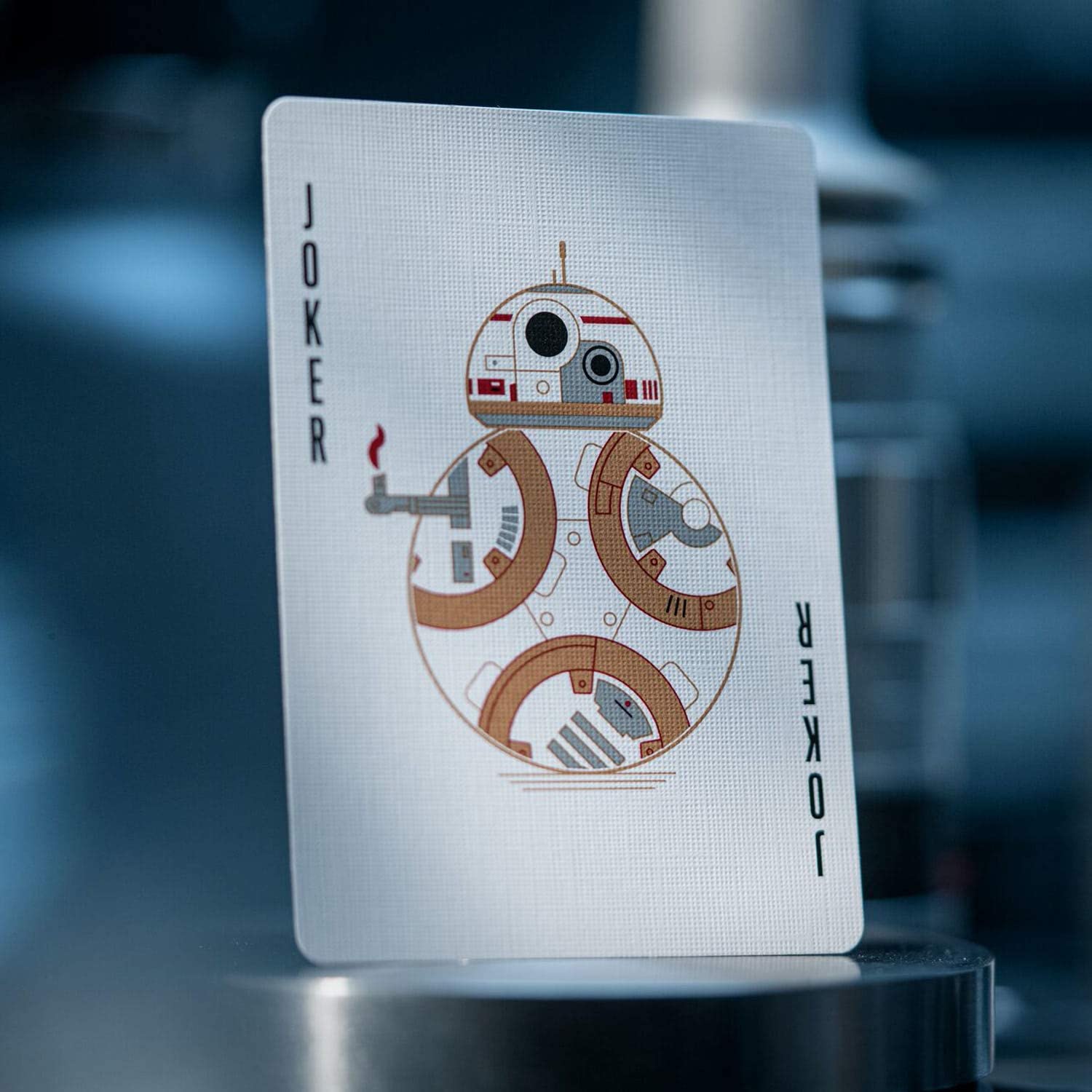 Since 1977, Star Wars has been a pop culture phenomenon. Alongside the release of Star Wars: The Rise of Skywalker, the 9th and final film in the Skywalker saga, theory11 is proud to present Star Wars: Light Side and Dark Side Playing Cards.

THE DARK SIDE
Channel your inner Sith, join the First Order, or maintain order in the galaxy alongside Emperor Palpatine’s Imperial Army. The Dark Side deck features Darth Vader’s lightsaber, the Death Star, and the Empire’s fleet of starships. “You don't know the power of the dark side!”

EMBOSSED AND FOIL STAMPED
On the front of the dark side box, look through the window of the Imperial Throne Room, with symbols of the Galactic Empire and First Order on each corner.

THE DARK SIDE OF THE FORCE
Both decks feature the same set of 12 court cards, representing each side. On the dark side, Palpatine is depicted alongside Kylo Ren, Darth Vader, and more.

THE KING OF SPADES
On the King of Spades, Darth Vader is depicted holding his lightsaber while taking command of his Imperial subordinates. “I find your lack of faith disturbing.”

THE DARK SIDE
Across the red back design, it's all about the details - from the Death Star to the First Order, Sith, and Empire insignia. In the center, a repeating pattern of TIE fighters supports Darth Vader's lightsaber on either side.