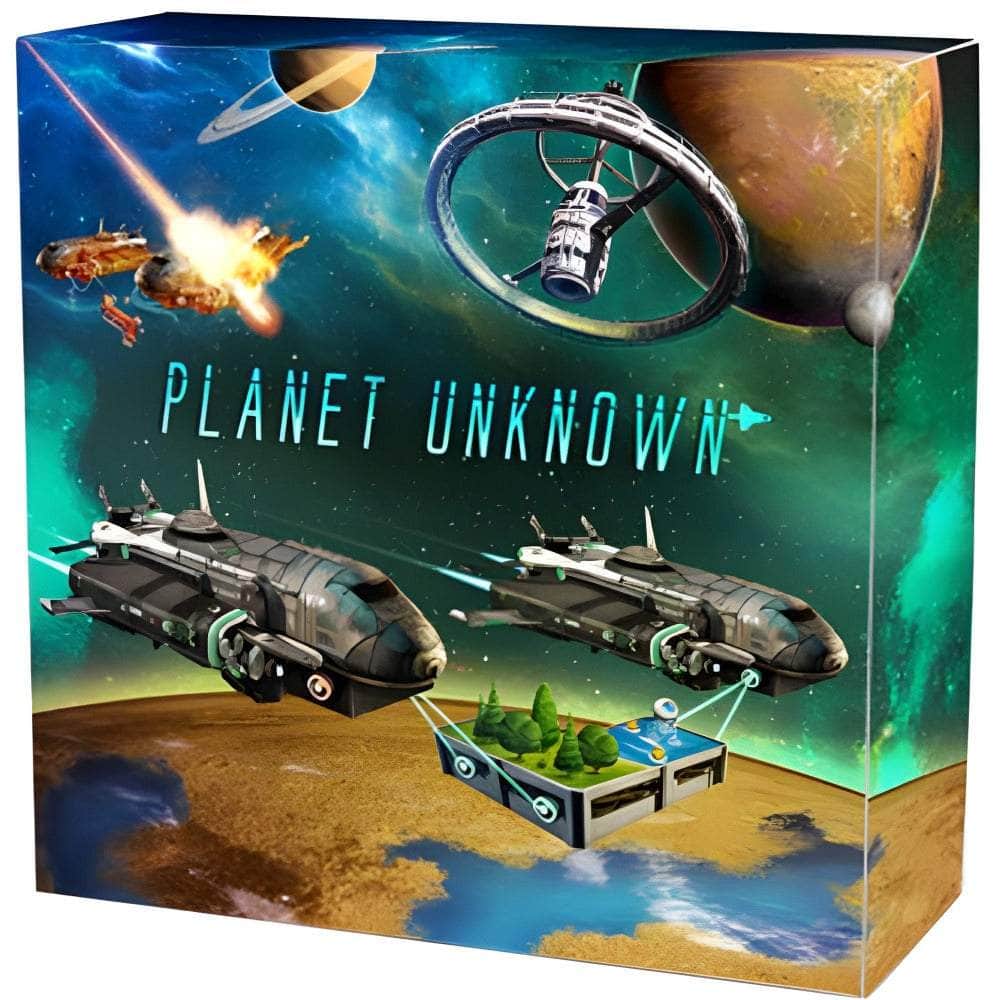 Our planet has run out of resources, and we are forced to move. We have discovered a series of planets and sent our rovers to test their environment with the hope of colonization. Our rovers have confirmed 1-6 viable colonization options. Planet Unknown is a competitive game for 1-6 players where players build and develop the best planet to win!

Each player has a goal of developing the best planet in Planet Unknown. Each round, each player will place one dual resourced tile on their planet, which is a polyomino shape. Each resource represents the infrastructure needed to support life on the planet. Every tile placement is important to cover your planet efficiently and also to build up your planet's engine. After placing the tile, players do two actions associated with the two infrastructure types on the tile. Be careful because some tile placements will trigger "meteors" that make all planets harder to develop and prevent it from scoring points in its row AND column.

Planet Unknown innovates on the popular polyomino trend by allowing simultaneous yet strategic turn-based play via the Lazy S.U.S.A.N. space station in the center of the table. The game also condenses a 3-hour medium weight game into about 70 minutes for 1-6 players no matter the player count.
Curious how we do it, follow along until launch!