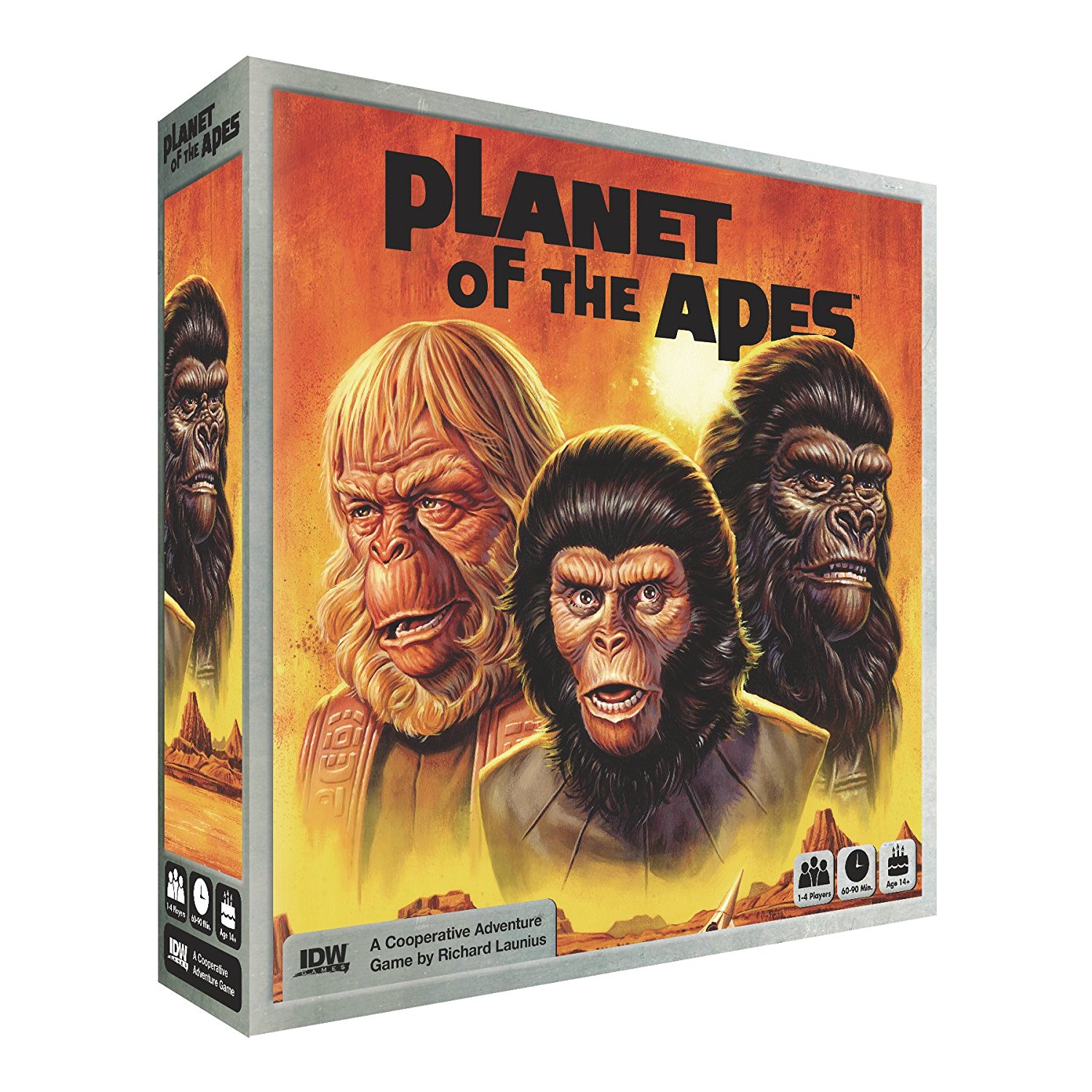 Planet of the Apes

After crash landing on the Planet of the Apes, Colonel George Taylor must strike out on an expedition of self-discovery in a dangerous and strange land. Critically acclaimed designer Richard Launius (Arkham Horror, Mansions of Madness) challenges 1-4 players to work together, test their wits, and push their luck in a race against time to unveil the horrible hidden truths of THE PLANET OF THE APES.

In Planet of the Apes, players must work together to match card sets, allocate dice, and unlock special abilities in an effort to survive a challengingly deadly unknown world.