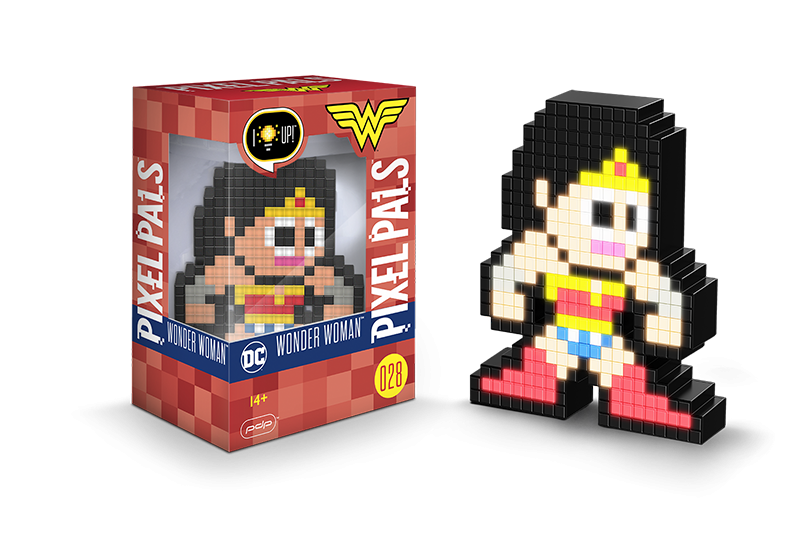 Light up your world with Pixel Pals ,¢

collectible pixel-art renditions of your favorite iconic characters! We want you to show off what you love and shine bright with Pixel Pals ,¢. Pop in a couple AAA batteries* and you're all set.

As a founding member of the Justice League and an Amazonian warrior princess, Wonder Woman is known for her strength, determination, and unwillingness to back down from a challenge. The character first appeared in All Star Comics #8 in December 1941 and continues to be featured in films, cartoons, and several DC comic book series. Wonder Woman often uses the alias Diana Prince as her secret identity.