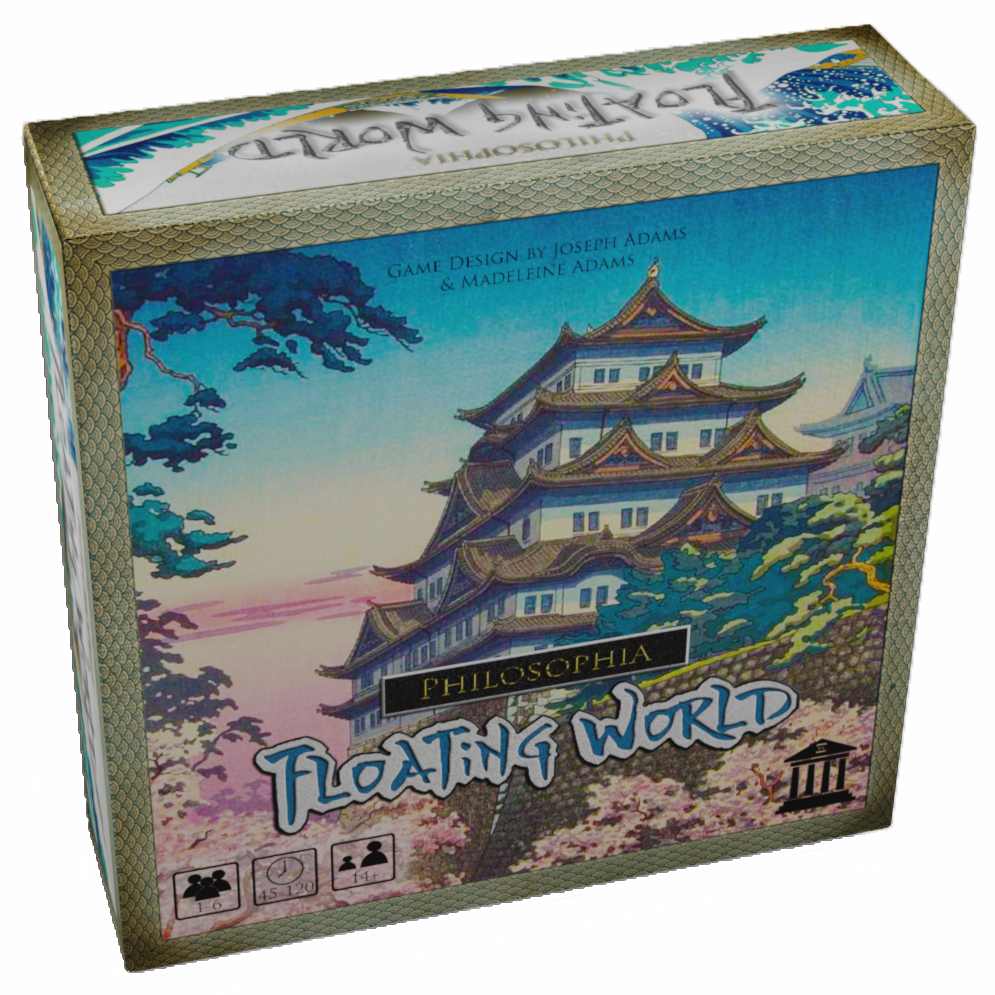 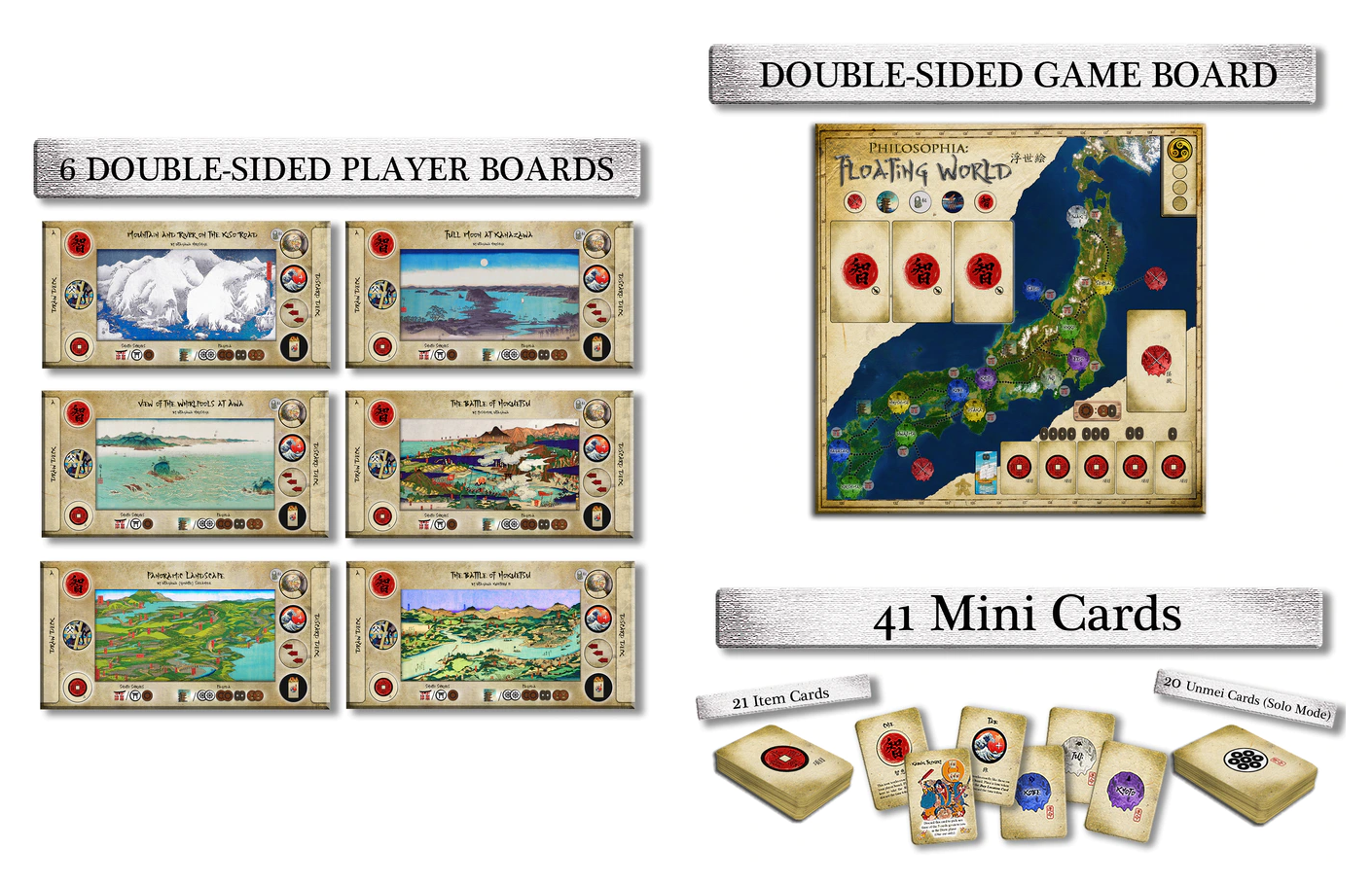 Set in feudal Japan, Philosophia: Floating World is a fully simultaneous deck-builder in which you can build majestic pagodas and Shinto shrines, learn ancient eastern wisdom, explore the world, or fight ancient monsters — or all of the above. This is a sandbox-style game, and how you play is up to you!

In Floating World, you play as one of six unique characters from Edo Japan, each with a unique power and a mysterious secret. The game plays simultaneously over three phases that repeat until one player has gained a victory condition. All phases occur simultaneously, and they are:

The Draw Phase: Draw six cards from your deck, then pass them to another player. They take these cards, discard one of their choice, then separate the remaining five cards into two piles, one containing two cards and one containing three. You do the same for another player, then take your two piles, discarding one of them and playing the other.
The Collect Phase: Collect items and bonuses indicated on the cards in your hand. You may also pay time tokens to perform extra actions in the next phase.
The Action Phase: Simultaneously take actions based on your cards in hand and those that you chose in the collect phase. Disputes caused by the simultaneous nature of these actions are resolved using the influence track, where the player at the top of the track chooses the outcome; choosing in your own interest, however, drops you to the bottom of the track.
Rounds continue in this way until a player gains any of the seven victory conditions available, such as collecting all four ganbaru tokens or discovering another player's secret location and achieving any two of the ganbaru tokens.

Philosophia: Floating World contains over 200 tarot-sized cards and 12 intricate miniatures and is filled with beautiful Ukiyo-e style Japanese art, all digitally remastered to regain the original vibrance of the era. Welcome to the Floating World!