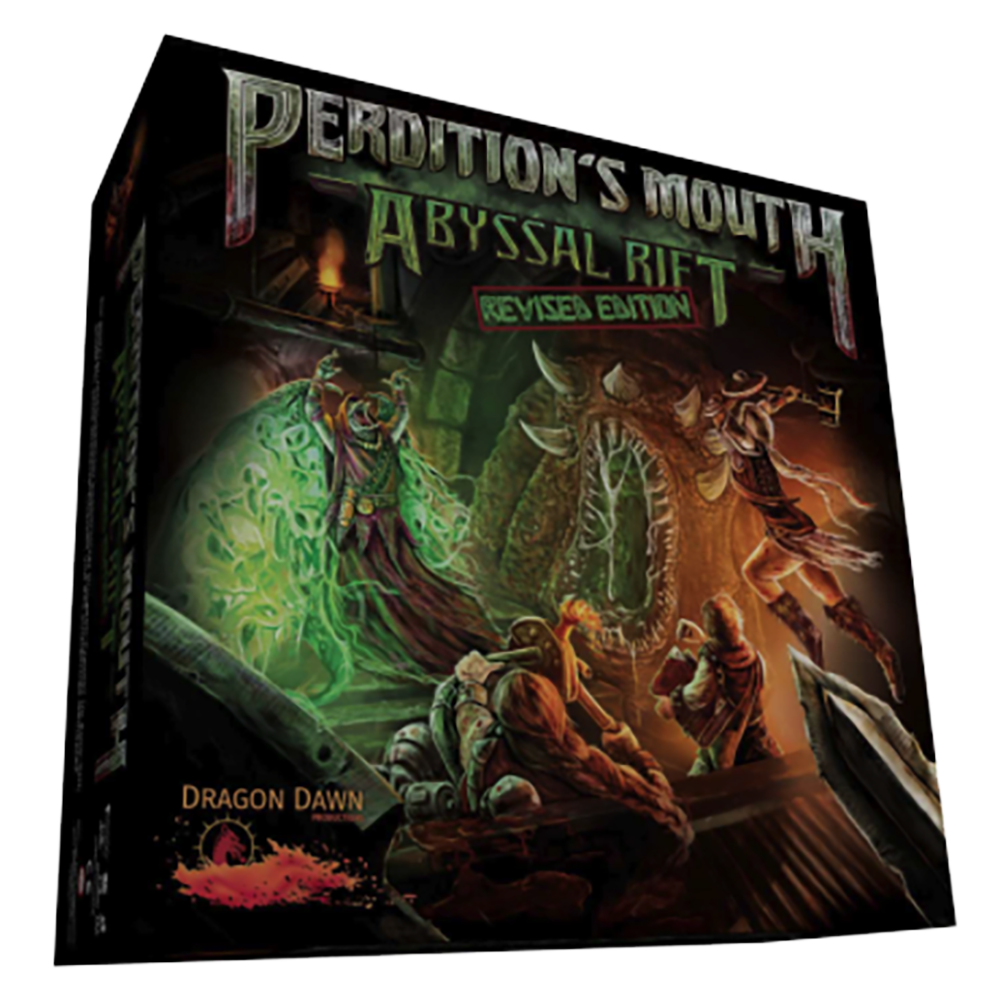 Perdition's Mouth: Abyssal Rift is a new kind of dungeon crawl, one that embraces the European school of game design with clever and elegant mechanisms and emphasizes strategy while minimizing luck. Cooperation, planning, and the enemy response deck eliminate the need for chucking dice, creating a tense combat environment with meaningful decisions! The rondels provide another tactical layer, including the enemy's devious and challenging AI.

The rules allow you to learn to play in 15 minutes, with a typical game round lasting less than ten minutes, even with up to six players, but deep, strategic cooperation will be required for your band of heroes to make it through to the Abyssal Rift and maybe even come out alive.

Perdition’s Mouth is designed to be played as a story-supported campaign over several gaming sessions. In the campaign, you have to fight through at least six increasingly challenging scenarios and the level of success during each adventure has a direct effect on the rest of the story. Can you survive the labyrinth of the insectoid god?