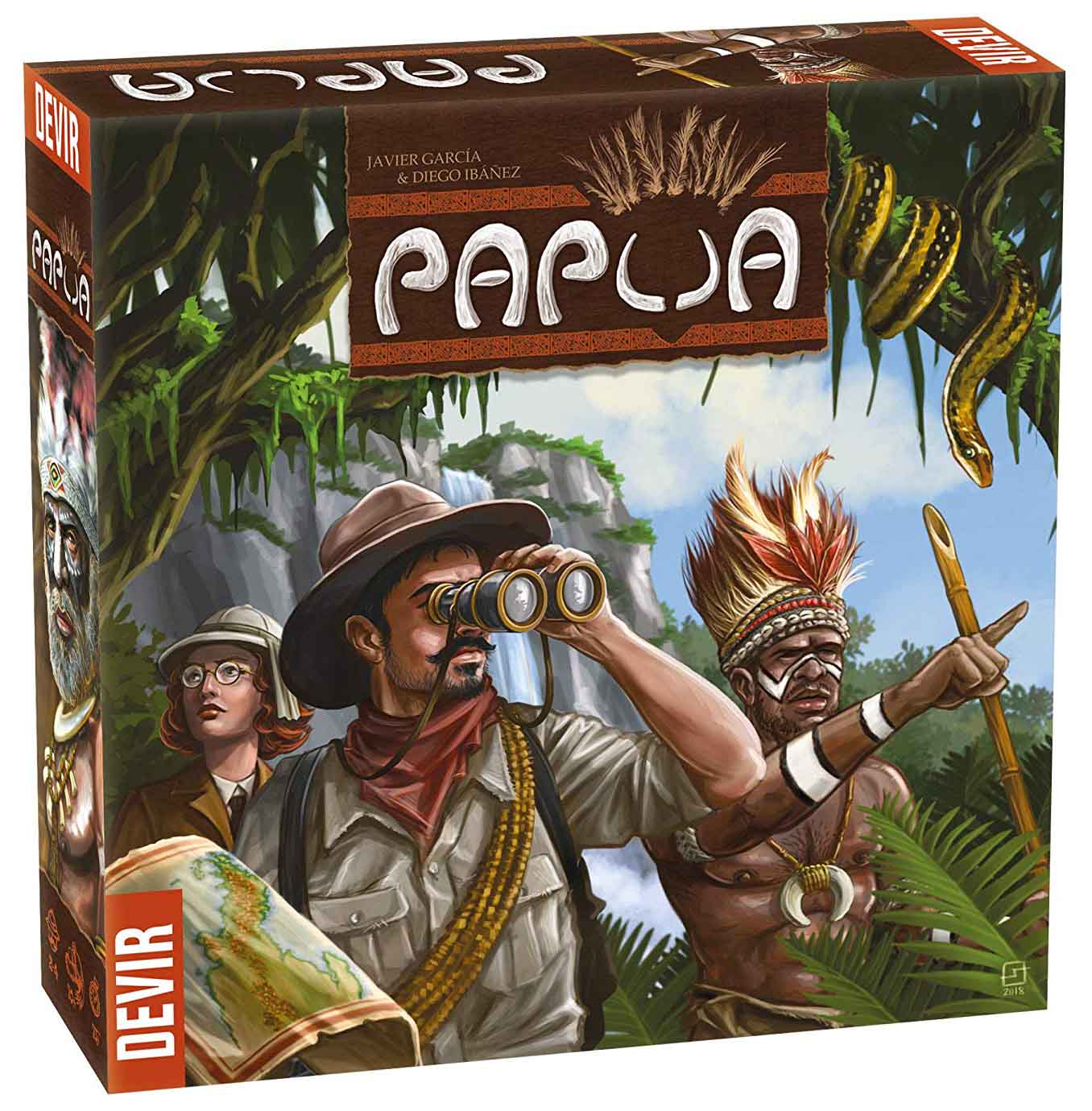 In this game players take the role of expedition leaders in charge researching on the island of Papua. They will have to manage their scientists and assign them to several tasks: from cultivating good relationships with the natives in order to get their help for the expedition, to making sure that everyone gets fed at the end of the day! But most importantly, they will work to gather the most amazing collection of new discoveries though secret bidding to amaze the world at large.

In Papua players will roll dice and allocate the results to the different areas of the board, assigning their scientists to different tasks. Usually majorities will determine which player wins each of these areas. These areas (huts, logistics, expeditions, funding, hunting and fishing, and field notebook) are where players can gather money to fund their expeditions, food to feed the crew, new scoring opportunities, or even recruit more scientists. But the most important area is the expeditions zone, in which players can secretly bid for the discovery of new species of plants, animals or even native tribes. End of game scoring is based on the sets collected from the discovery zone, and the player with the highest prestige based on these sets wins the game.