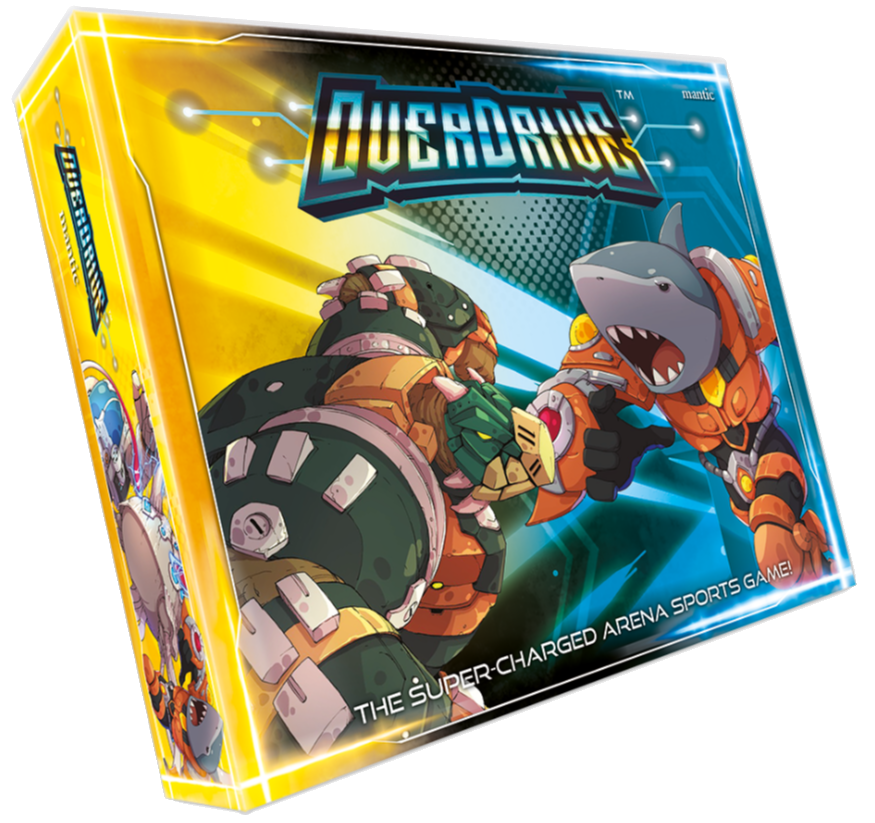 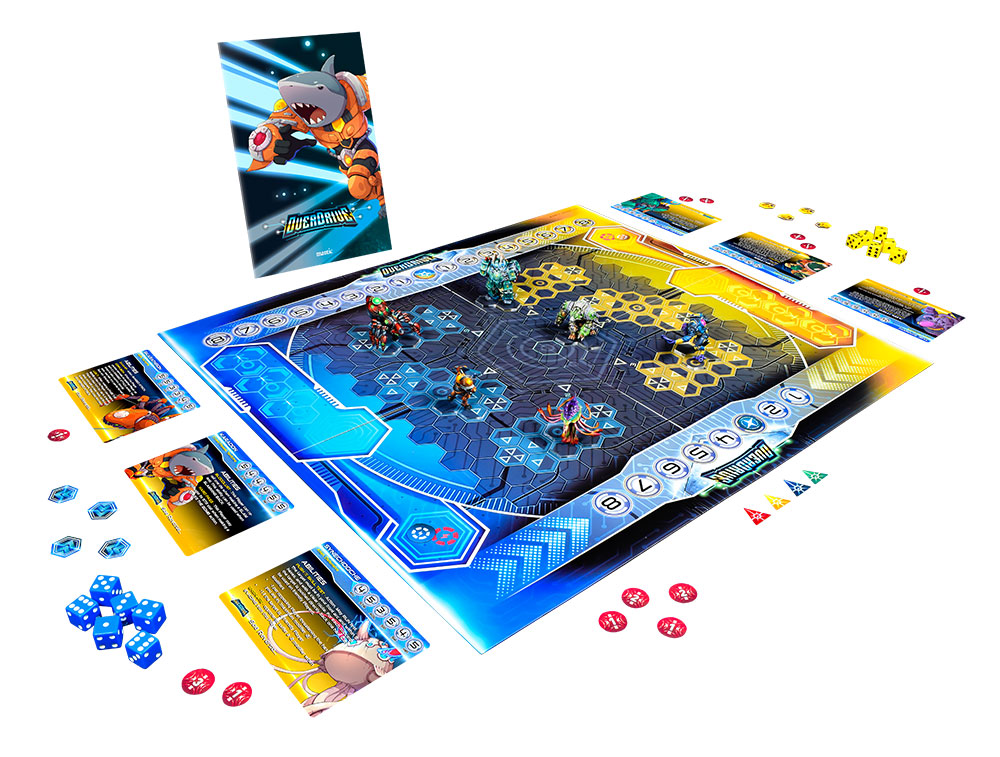 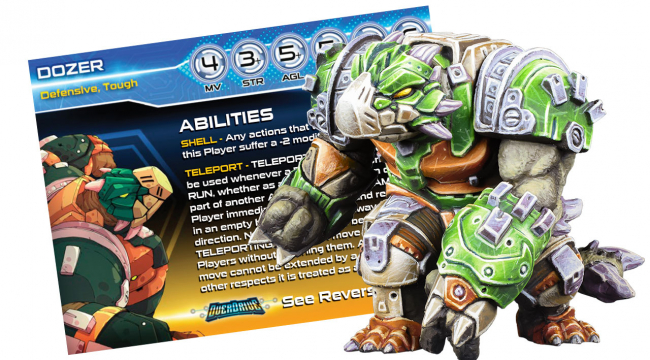 It’s time to hit the arena, Coach! Draft your team and get ready to face-off in one of six different action-packed game modes. Pass the bomb, capture the flag or fight to become king of the hill – but knowing when to unleash your players’ powerful OverDrive move will be key to coming out on top. Whatever you do, don’t go down without a fight!

OverDrive features an exciting drafting mechanic that means you never quite know what Players you’ll have on your team each game. Take it in turns to choose the Players you want in your roster to create your dream team befornicke heading into the arena. Advanced drafting rules open up even more tactics as both Coaches vie for their favourites!

Learn to play in no-time, thanks to simple pick up and play rules. With just a few actions to learn before you can start Slamming your opponents, OverDrive is incredibly easy to get started. However, with a few games under your belt, you’ll quickly realise there are hidden tactics and gameplay elements. Learn the best time to push your Players or make sure your Players are in the right position to avoid potentially deadly Slams. Easy to learn but difficult to master!

OverDrive features an innovative tug of war scoring system that means the lead can quickly pass between Coaches. A good turn can mean you’re suddenly back in the game, while poor tactics can give your opponent the edge.

After learning the basic ‘king of the hill’ game mode, it’s time to get to grips with five more action-packed ways to play. That’s right, it’s like six different games in one! Included in the box set, you’ll find rules for: