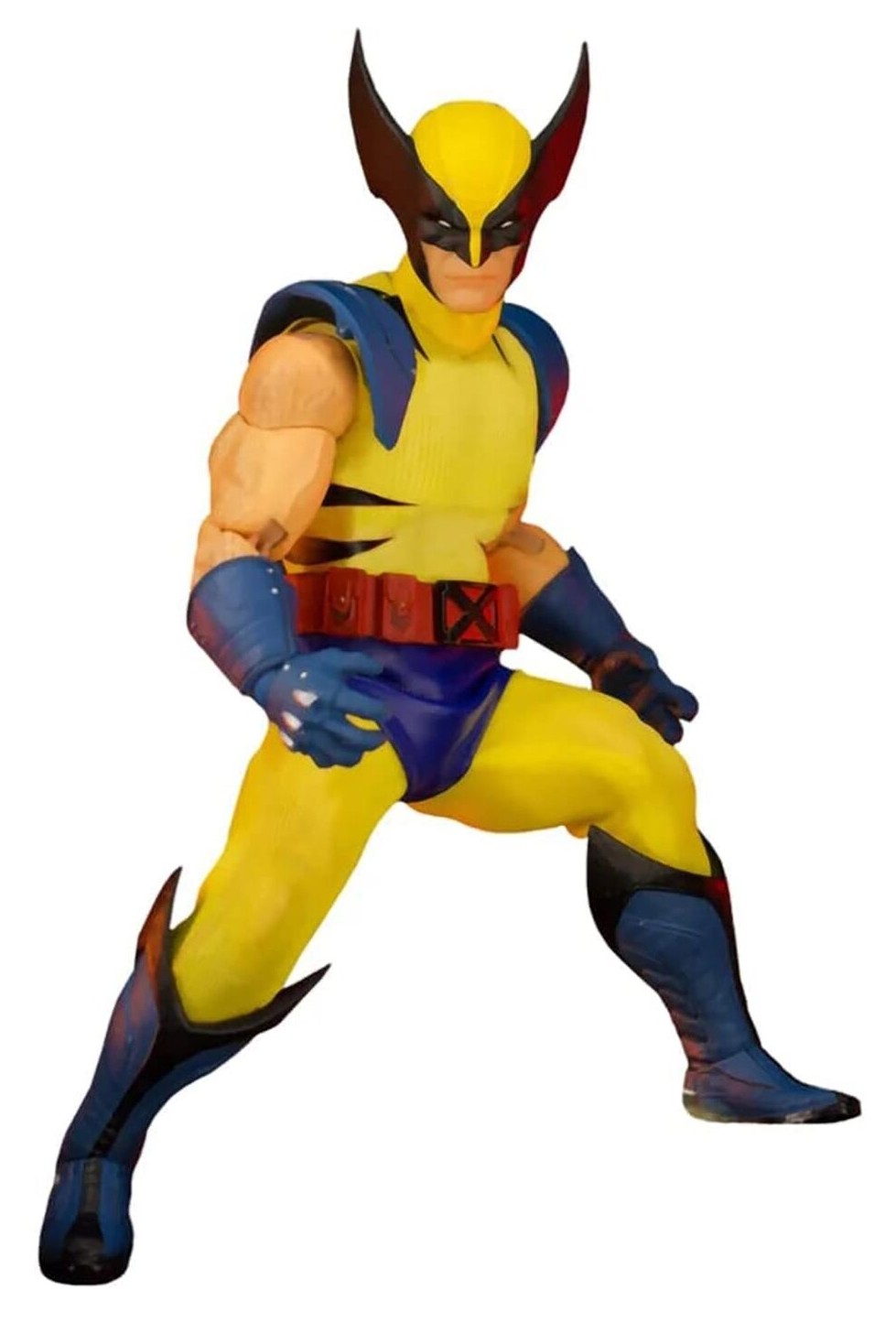 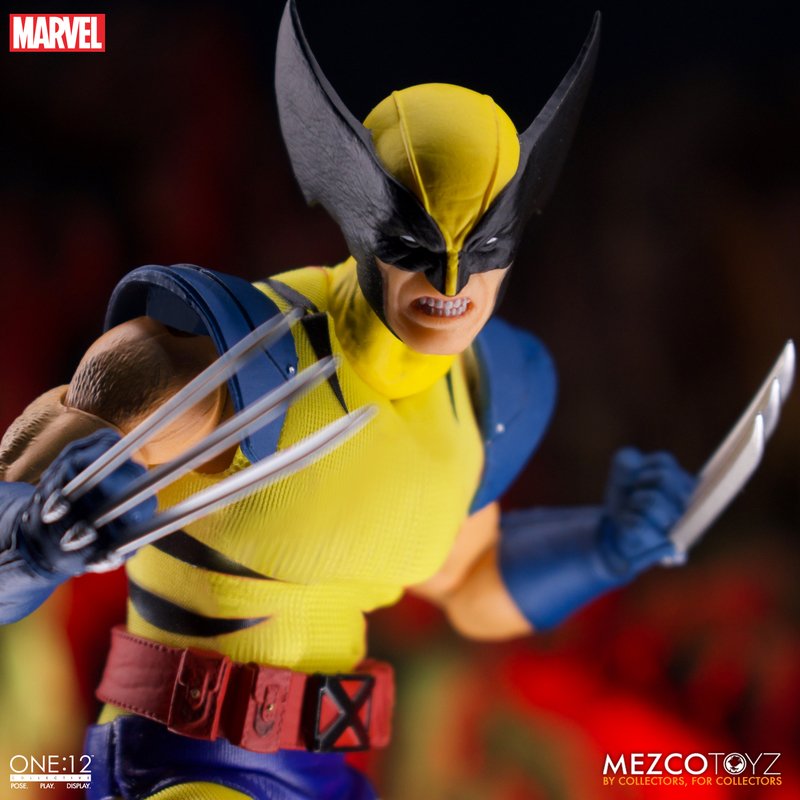 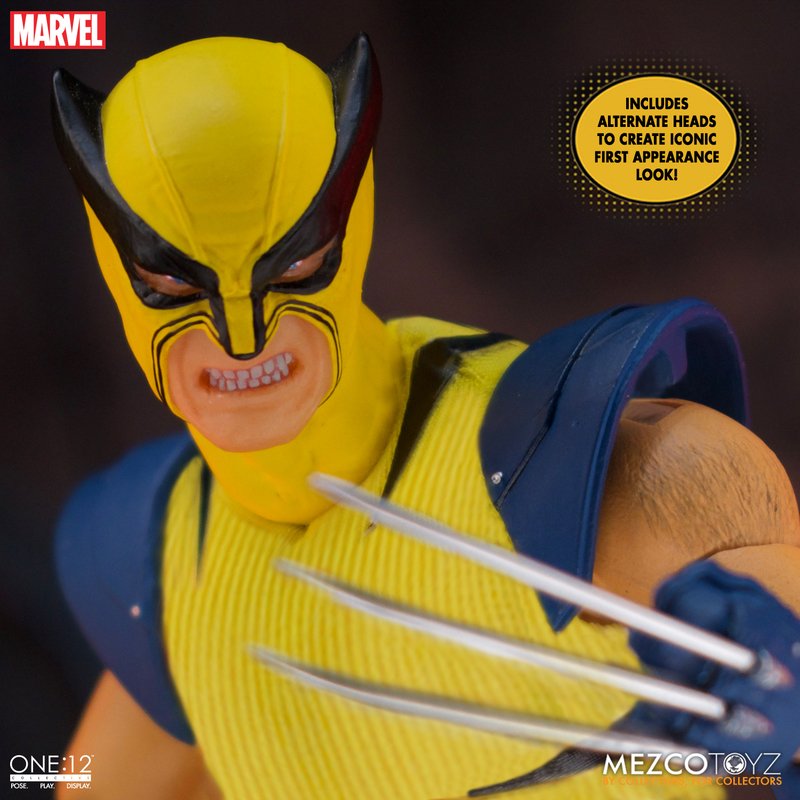 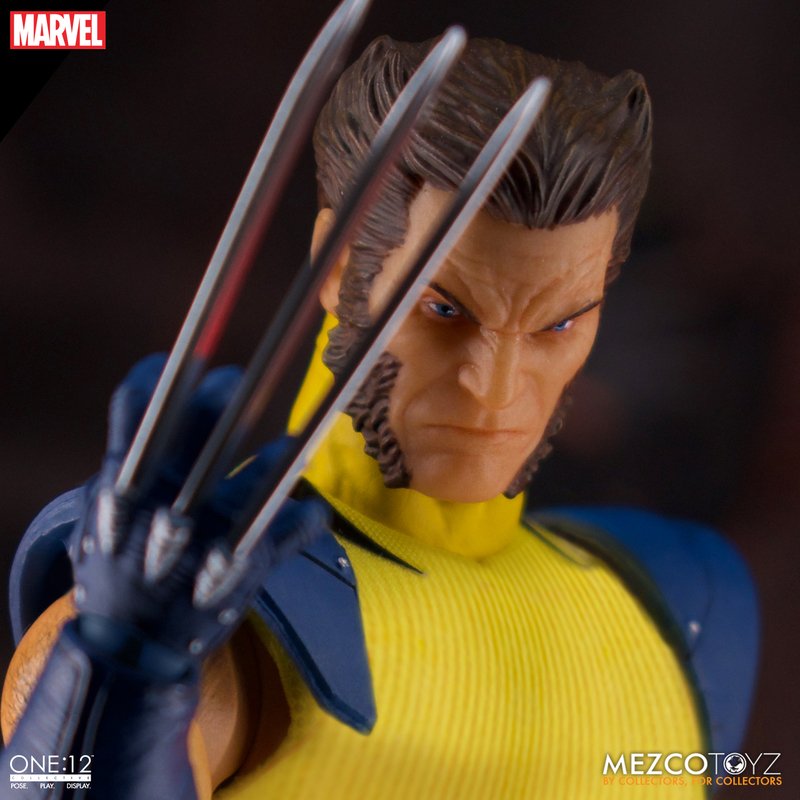 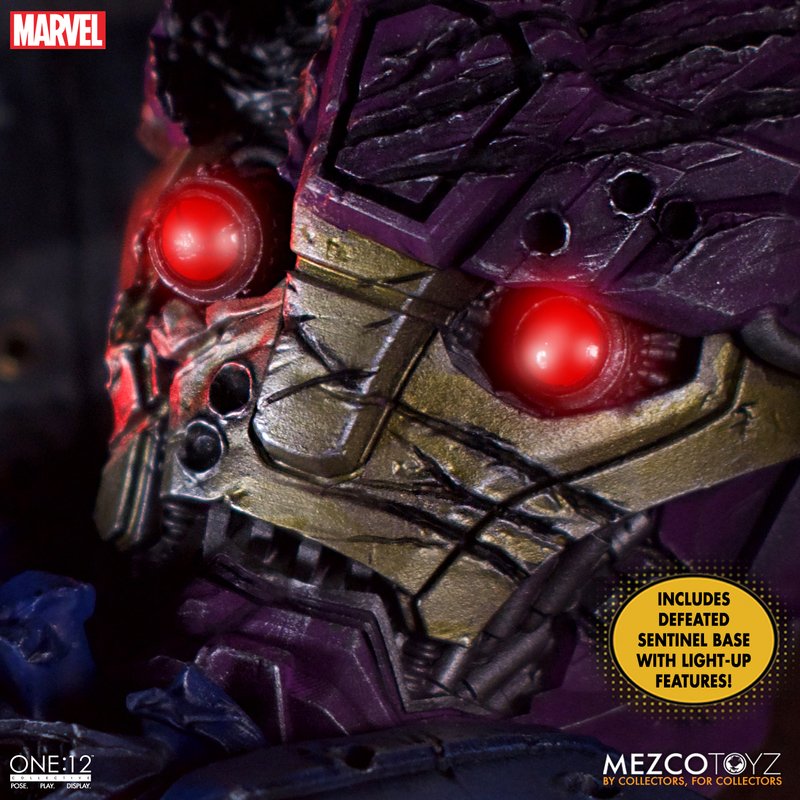 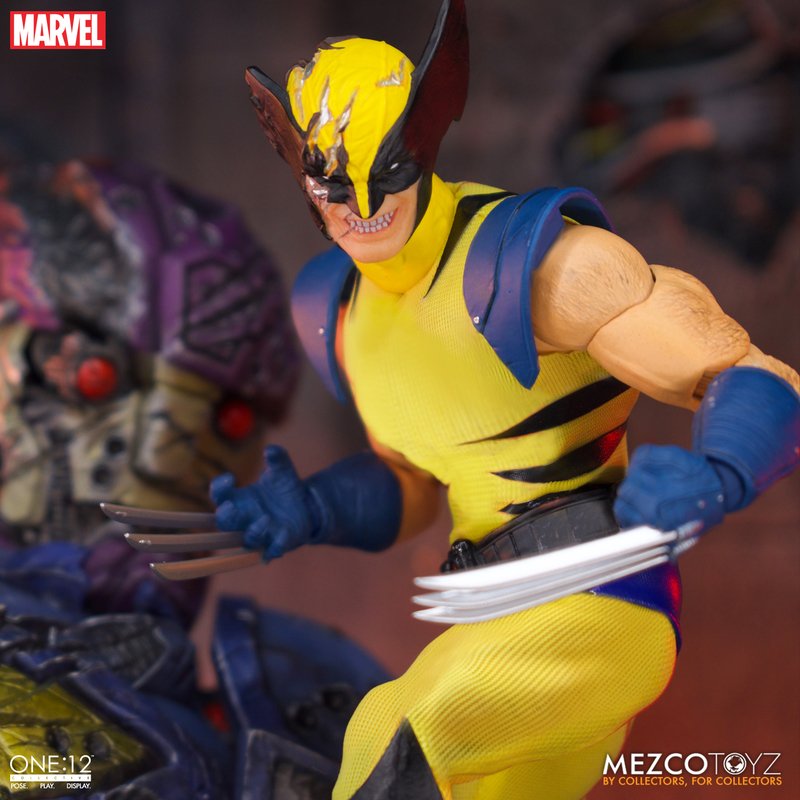 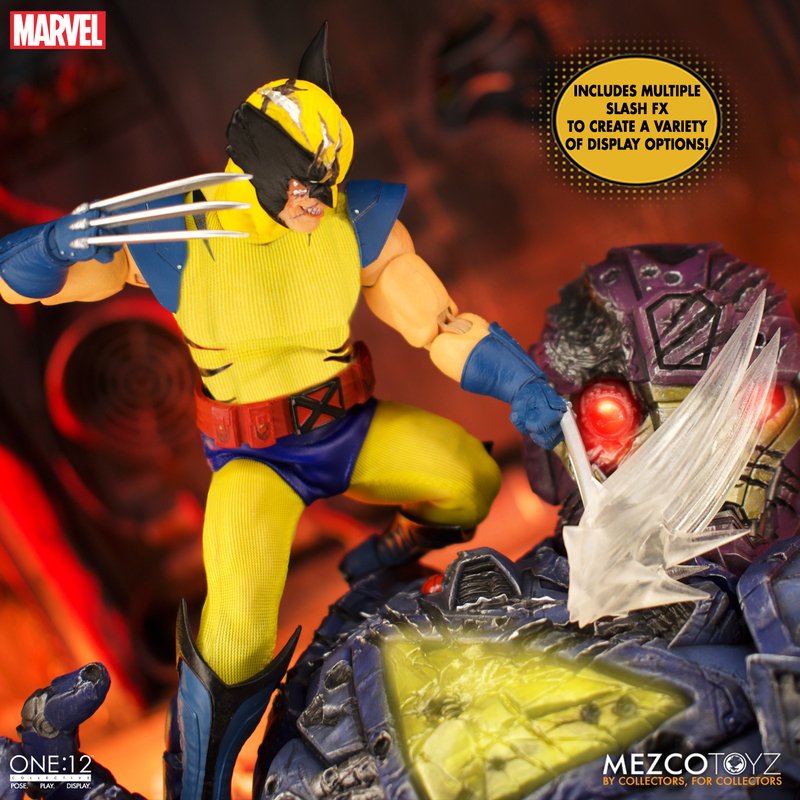 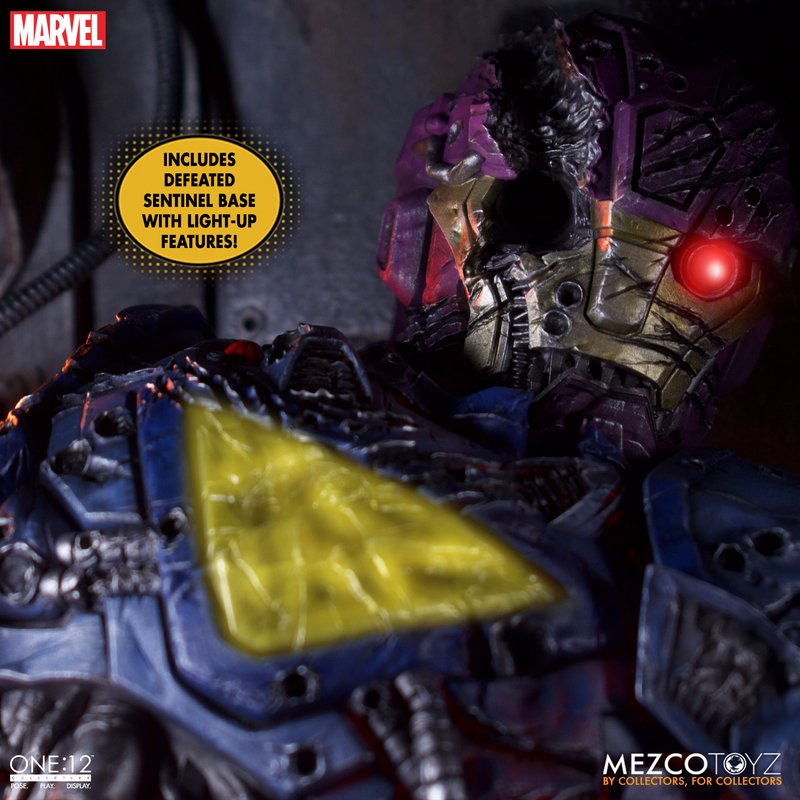 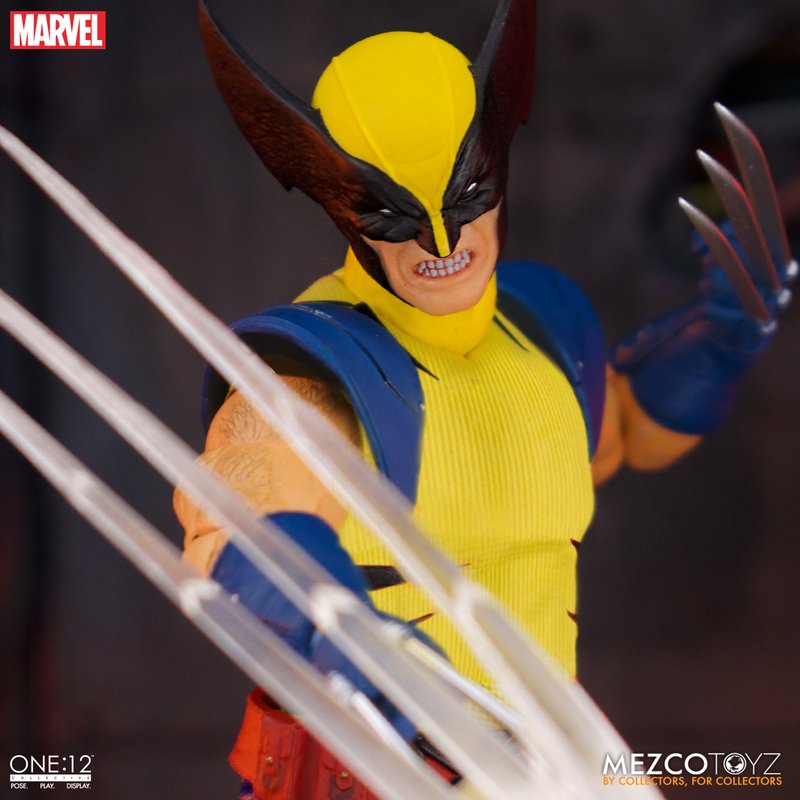 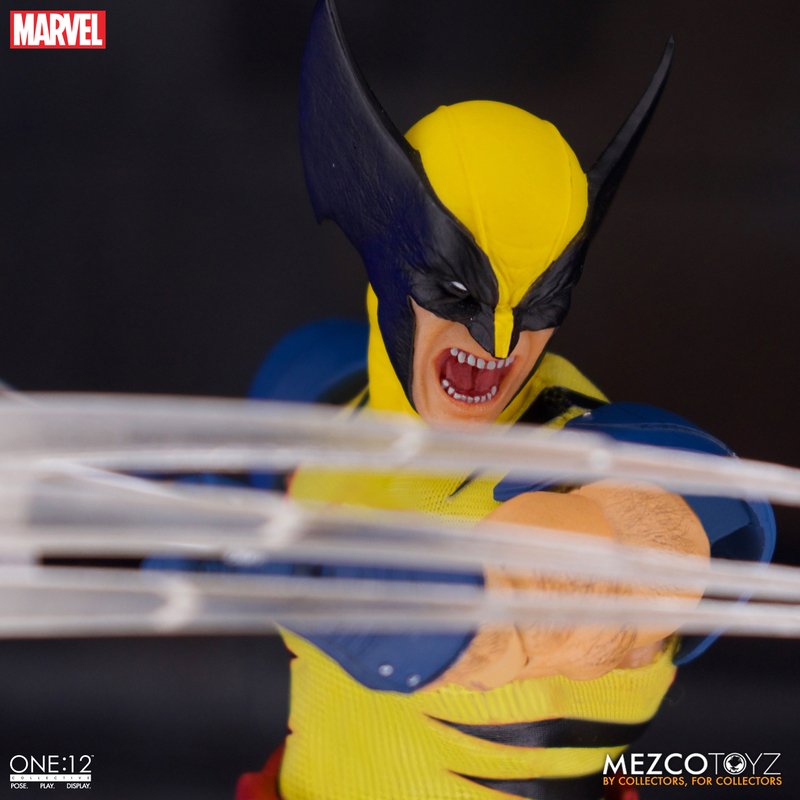 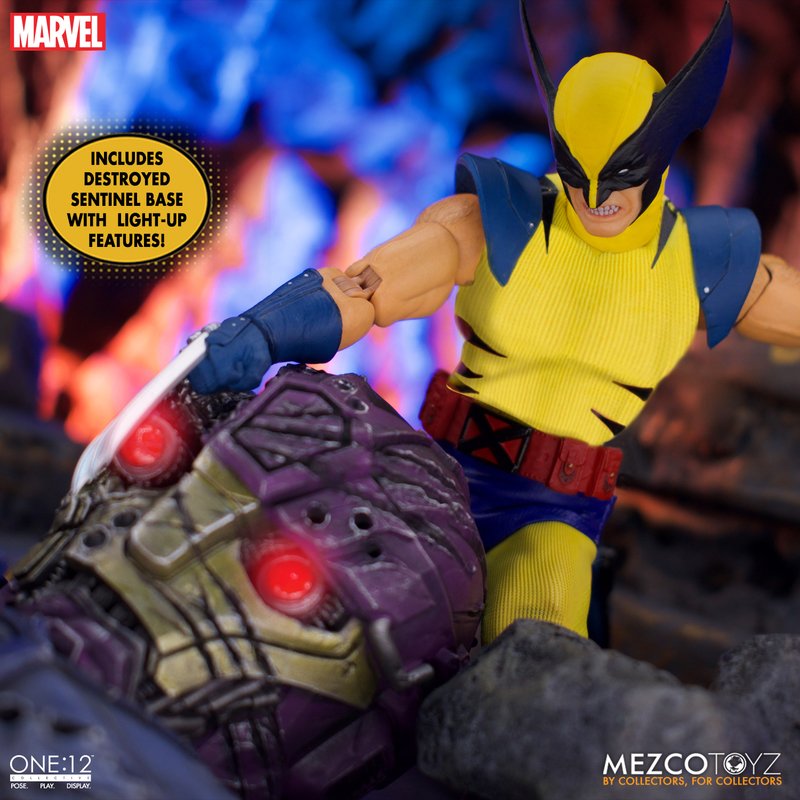 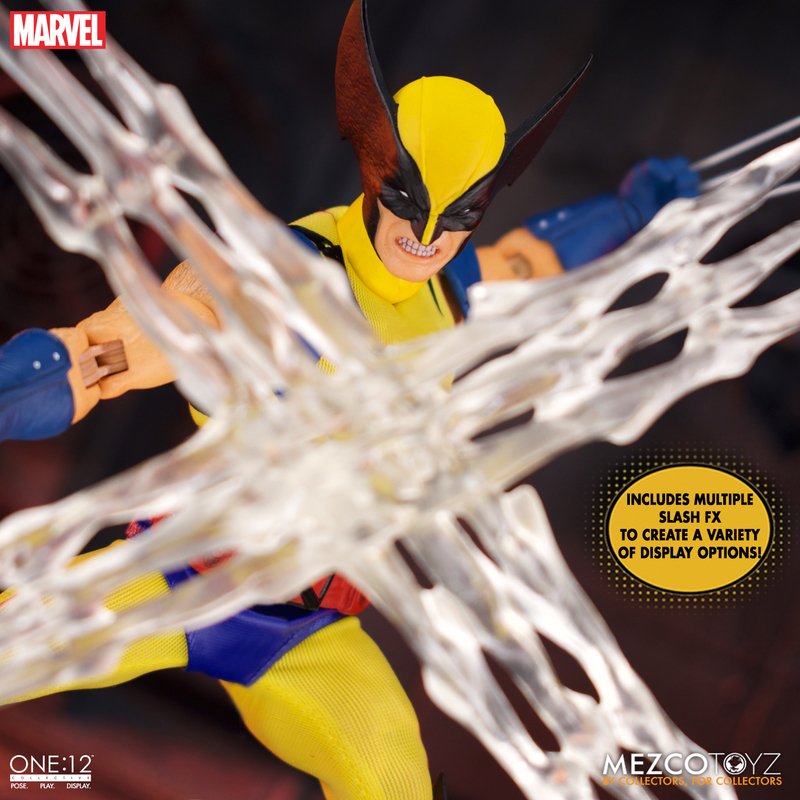 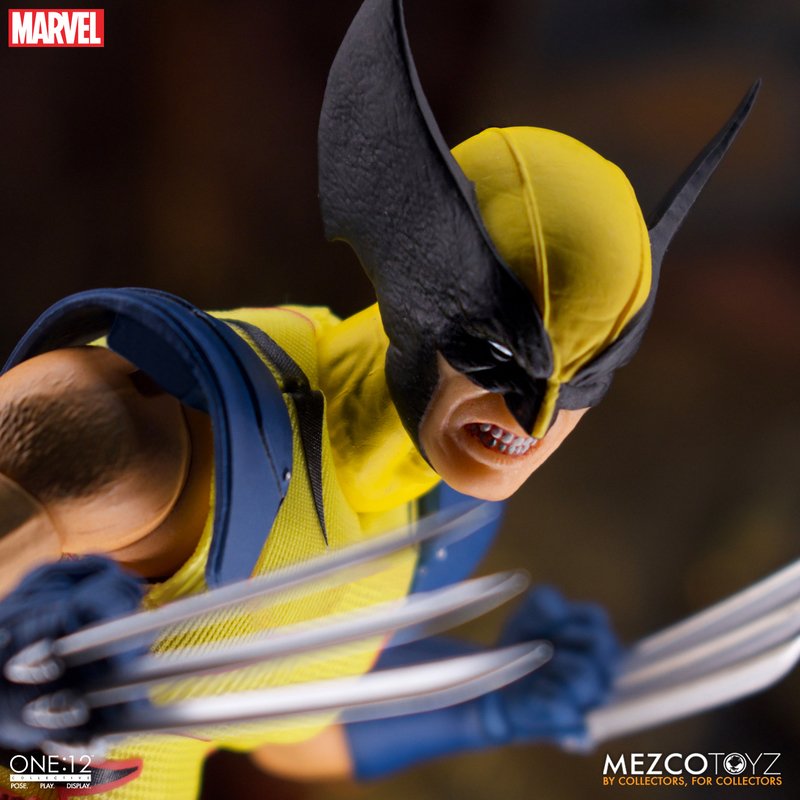 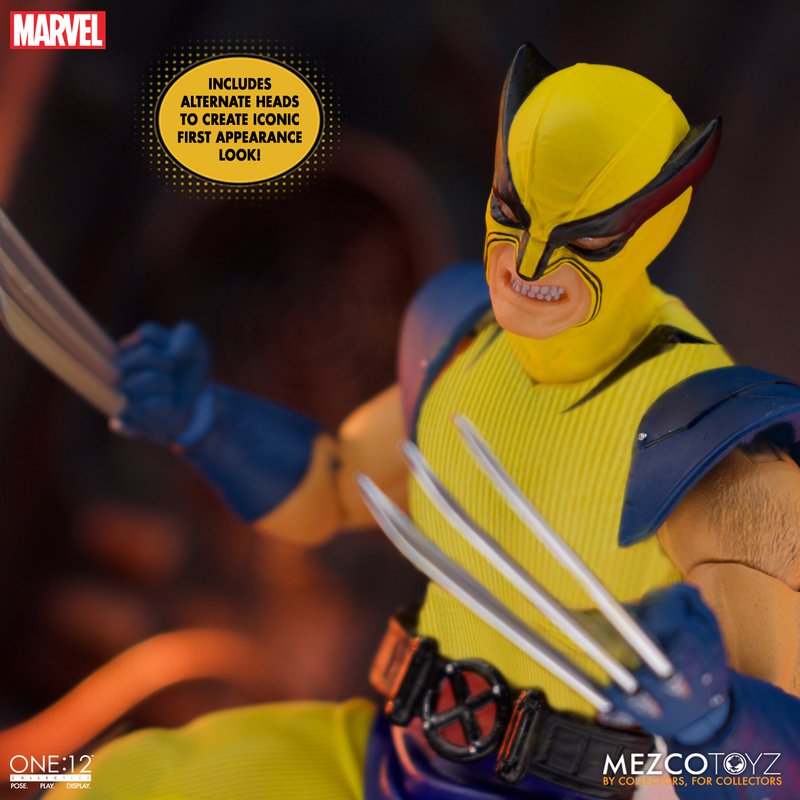 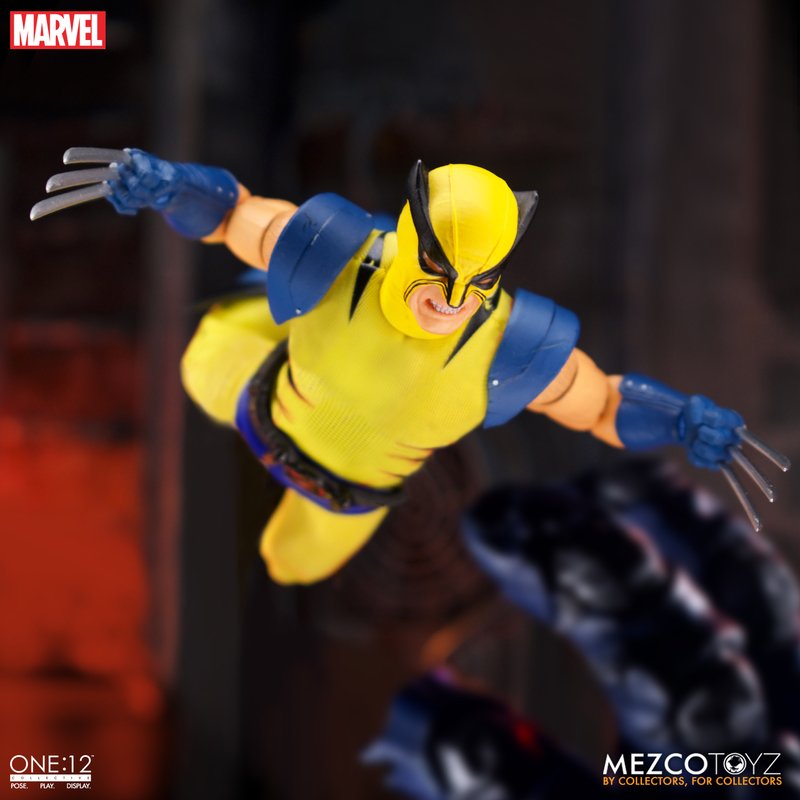 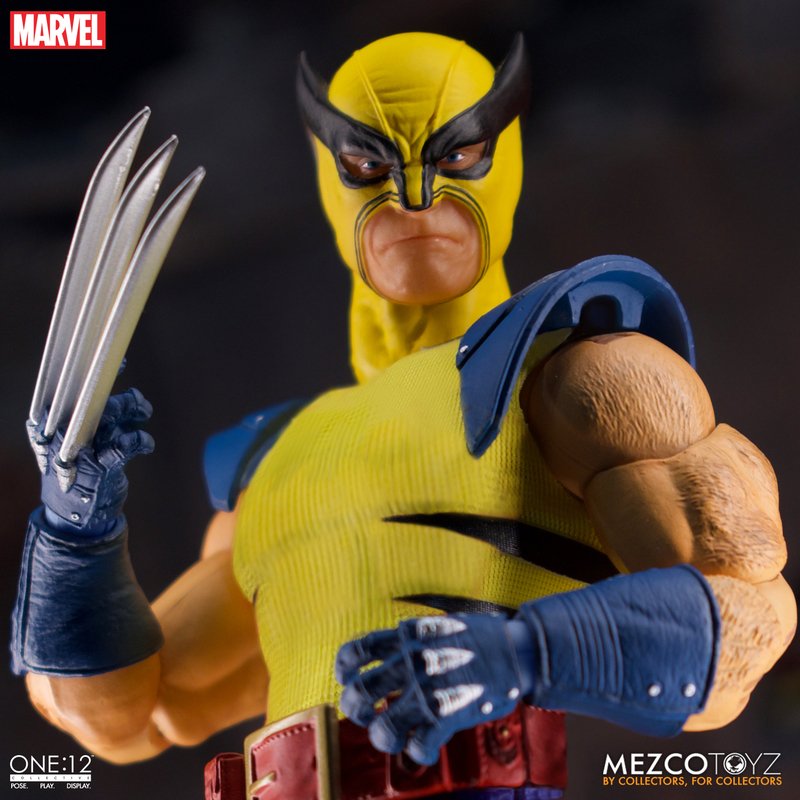 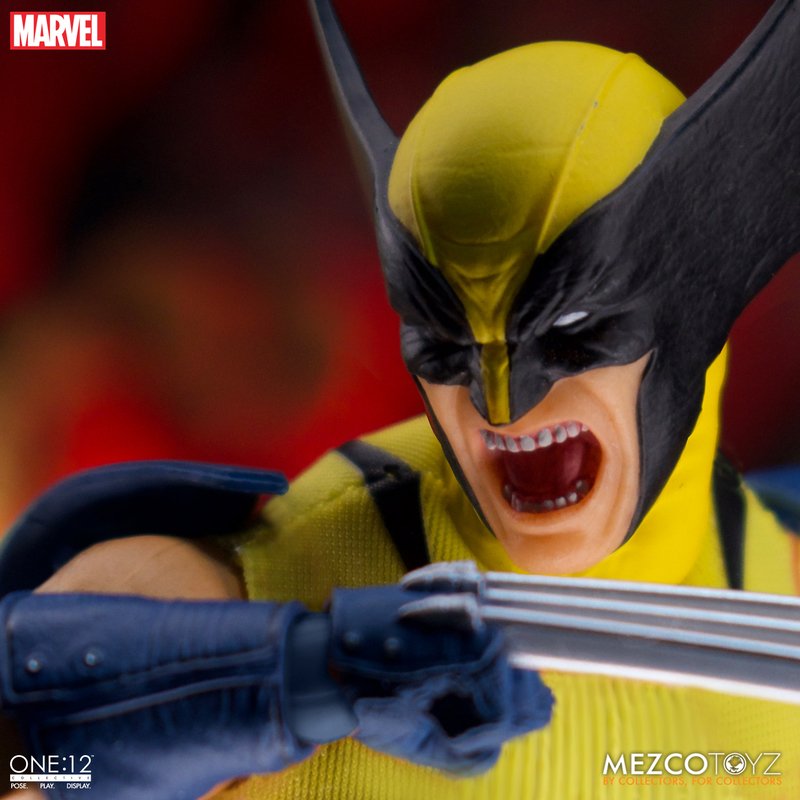 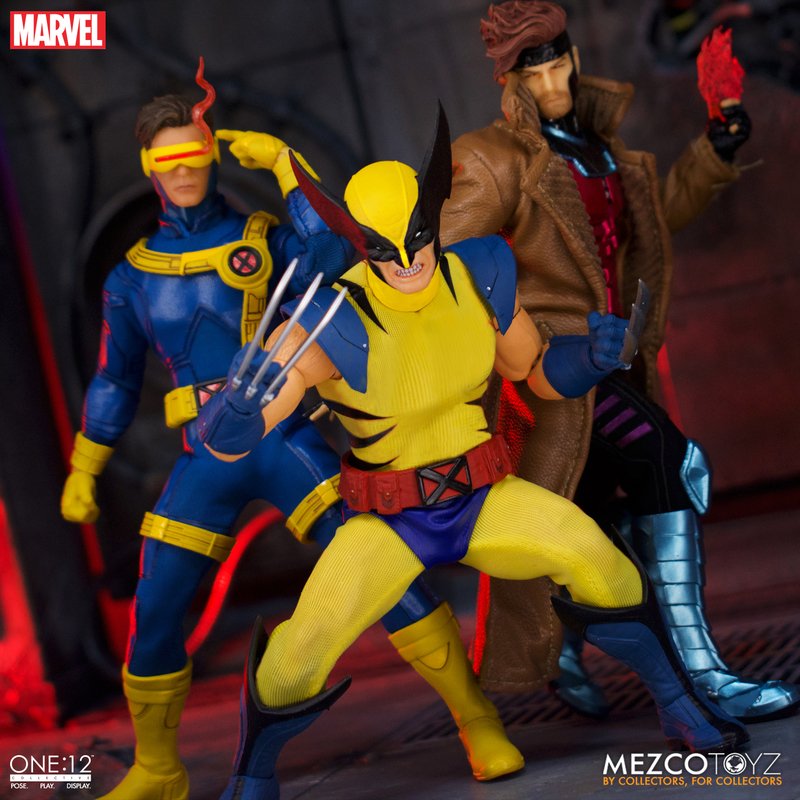 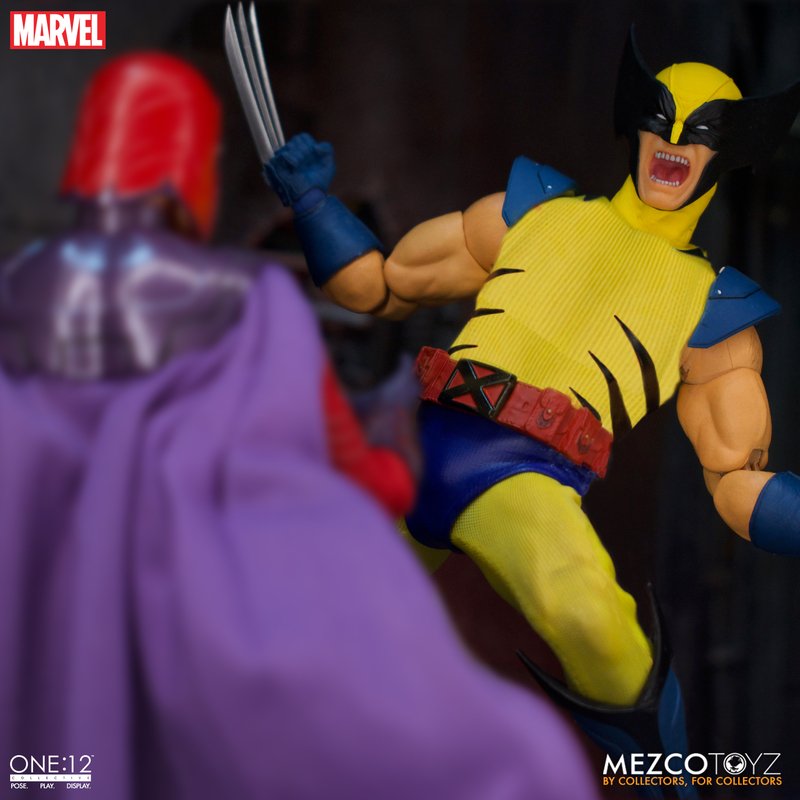 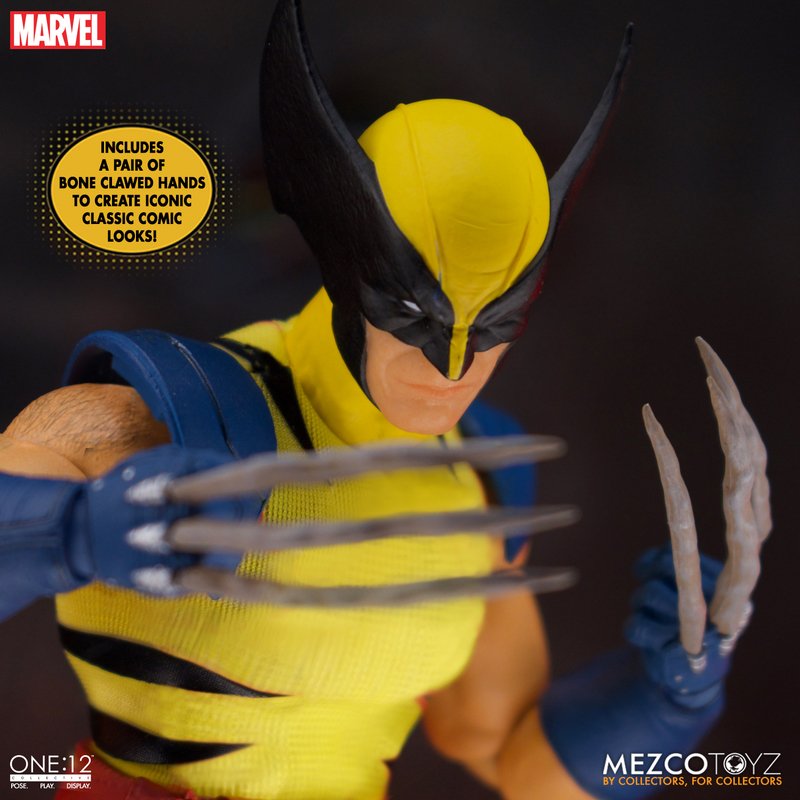 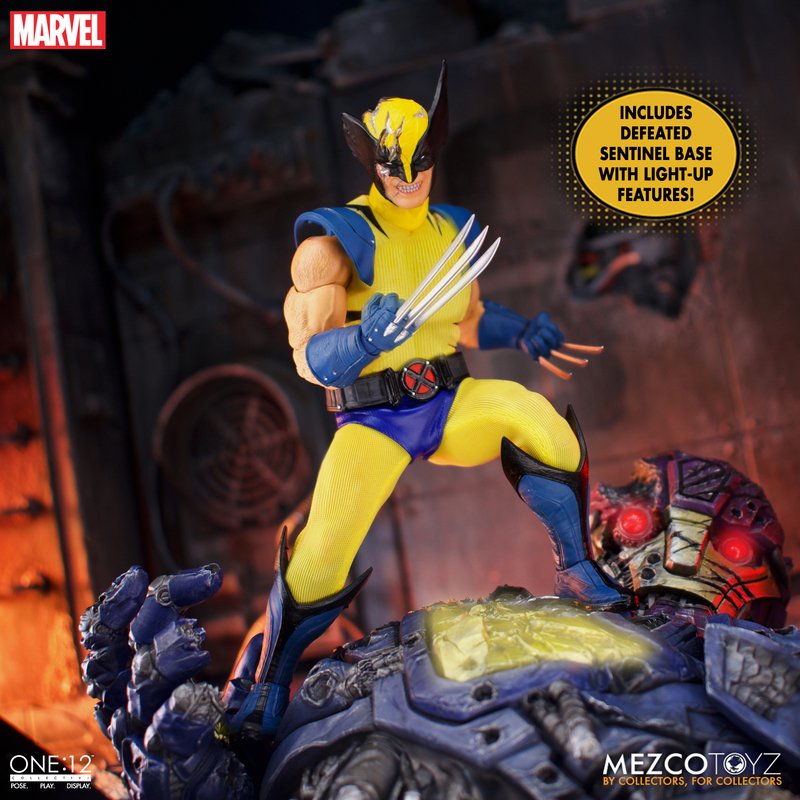 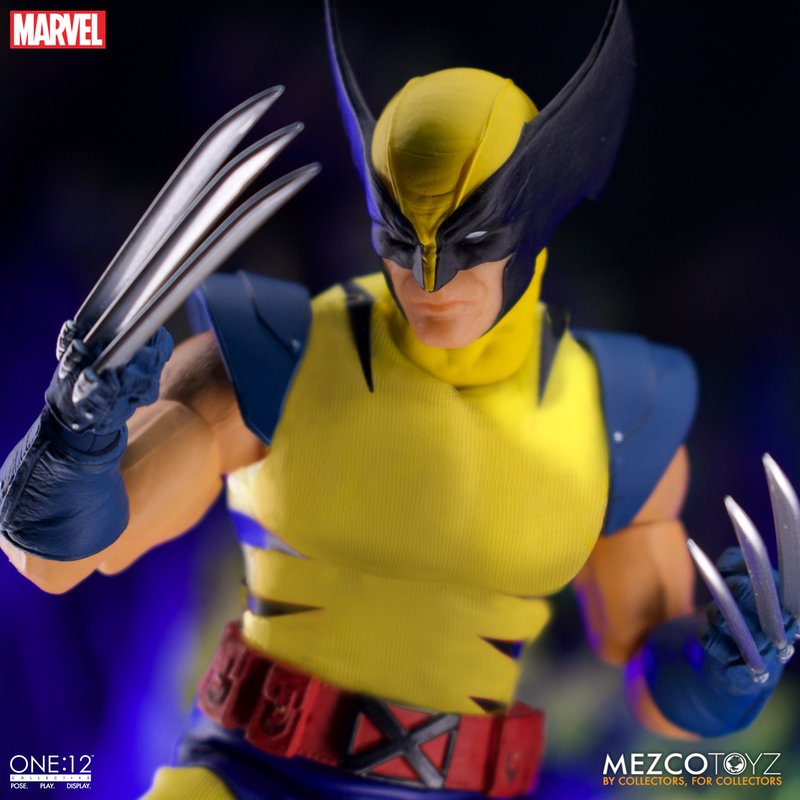 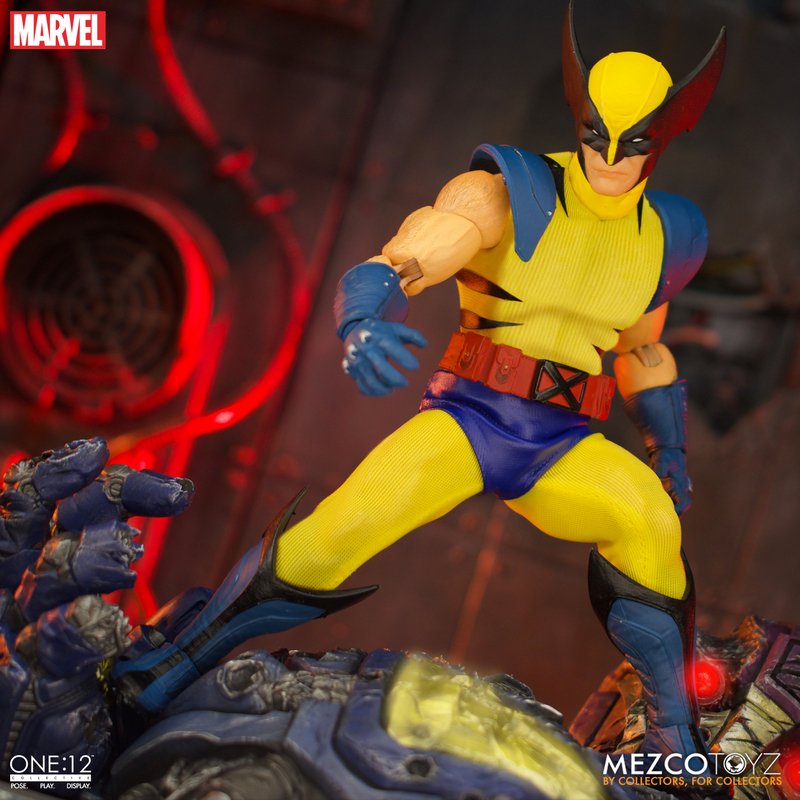 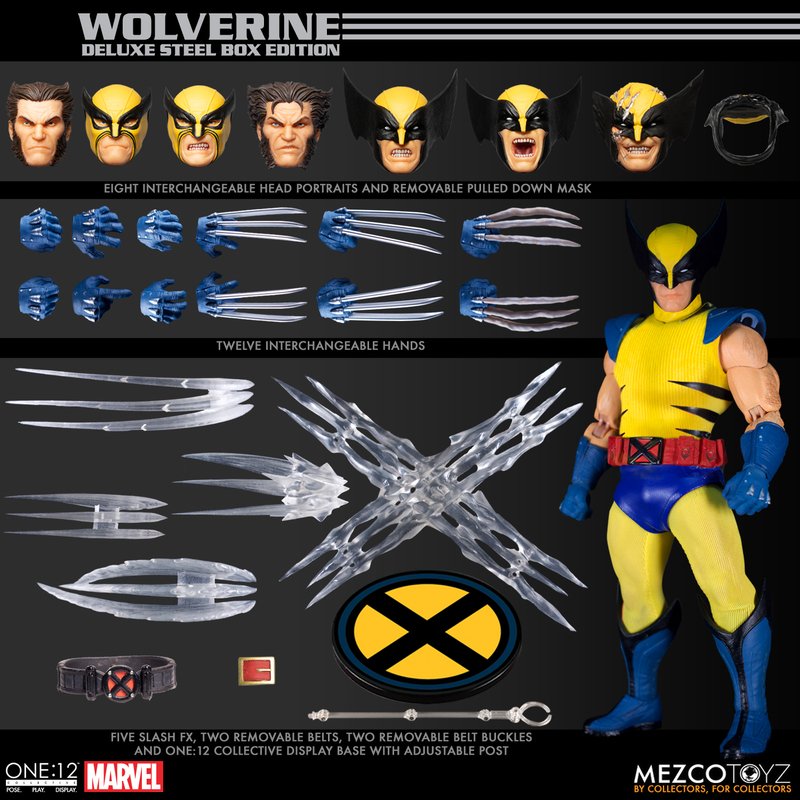 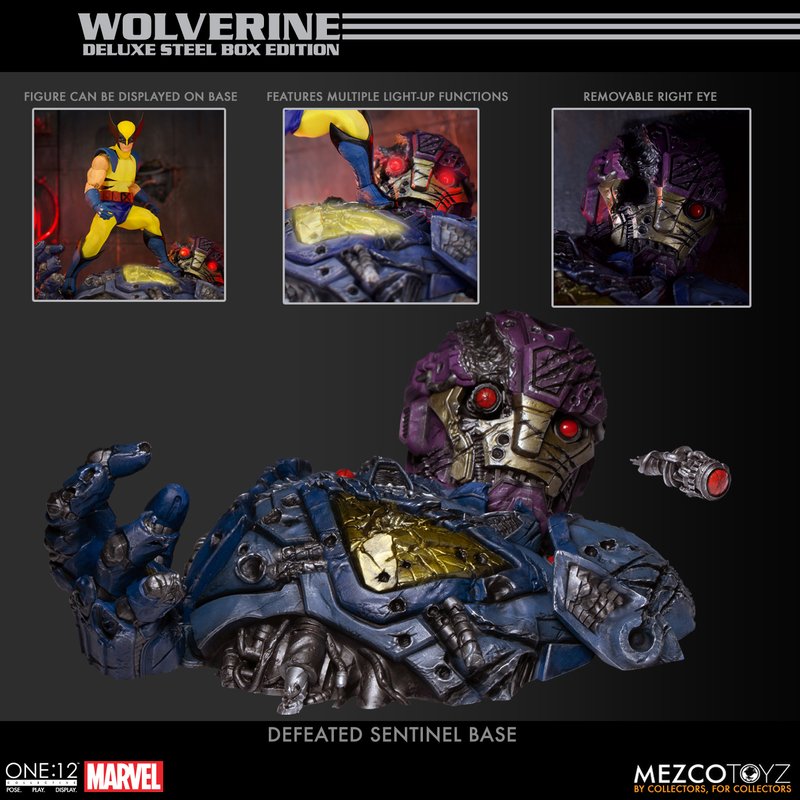 The One:12 Collective Wolverine – Deluxe Steel Boxed Set is brimming with accessories, including a defeated light-up Sentinel that Wolverine can stand atop. Originally created to save humanity from mutants, this pile of scrap metal never stood a chance. The Sentinel’s eye is removable and can be held in Wolverine’s hand.

Recreate distinct looks from different eras! The iconic hero wears an X-Men issued suit with shoulder armor and includes two removable belts, one with interchangeable buckles. Wolverine features eight head portraits including two unmasked portraits and a battle-damaged portrait, as well as a range of interchangeable hands including both metal and bone clawed hands. Multiple slash FX are included and can be attached to all claw hands.

A mutant with an unstoppable healing power and adamantium metal claws, Wolverine’s no-nonsense attitude makes him one of the most ferocious heroes in the universe.

Other figures not included