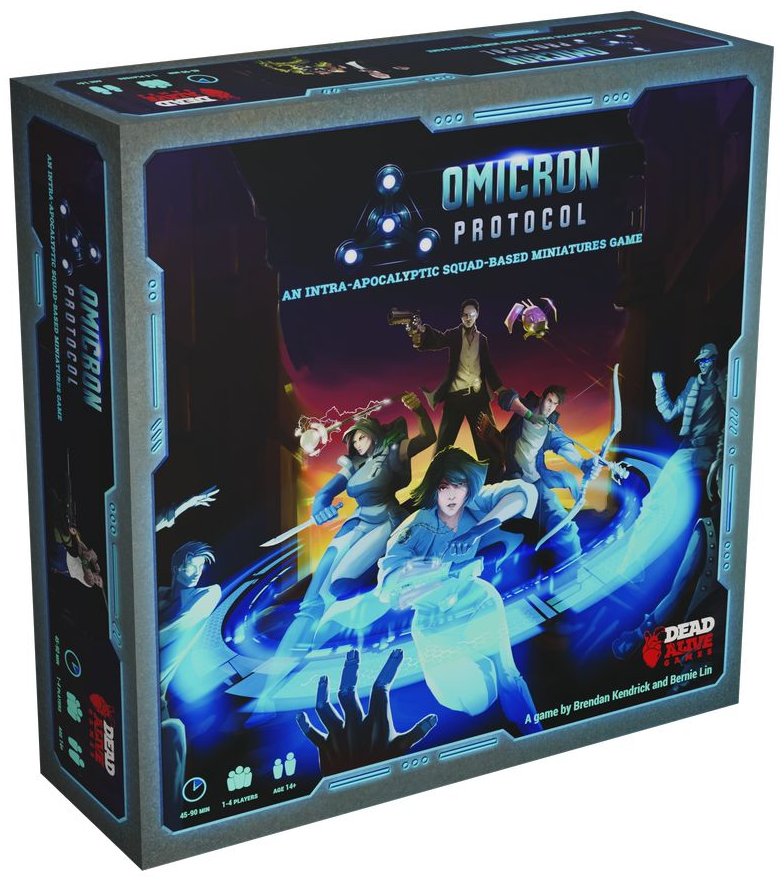 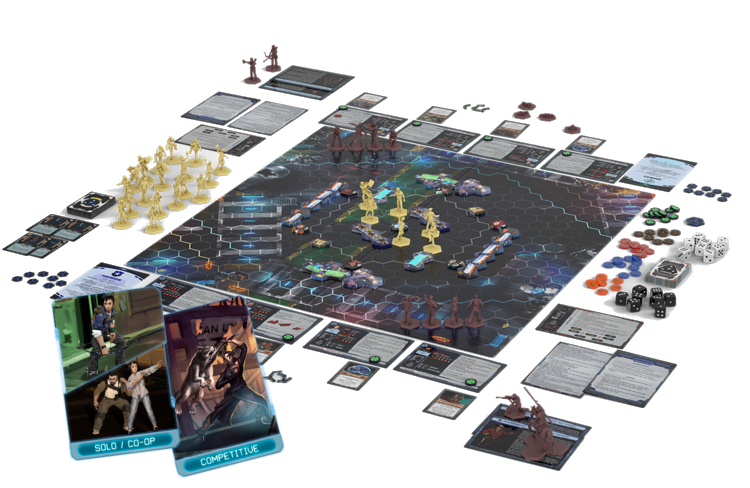 Omicron Protocol is an “intra-apocalyptic”, cyberpunk-themed, squad-based miniatures board game for 1-4 players, where you control a squad of unique characters and a 3rd party enemy to harass your opponent, or play solo/cooperatively as a team to complete objectives and survive!

Every character in the game is represented by a detailed 32mm-scale miniature, possessing their own rich history and personality, as well as powerful cybernetic abilities! Play the competitive or solo/cooperative modes through various narrative scenarios to survive the crisis! The game is filled with innovative game mechanics that make every game thrilling and accessible to both miniatures and board gamers, ushering players deeper and deeper into the gripping lore of San Lazaro and those who fight in its chaotic streets.

In the game, you play with a squad of 1-4 characters, either competitively against another player/team, solo, or cooperatively with friends. Each round consists of spending action points on each of your characters, activating them one-by-one, and using movement and tactics to survive the onslaught of the Cyber-Memetic Sociopaths (CyMS), the "cyber-zombies" of the game. All games are based on scenarios derived from the lore of the world (100K+ word collection of stories), and the game can be linked together into a light campaign in both competitive and cooperative modes.

The winner is the team that scores the most victory points (competitive) or reaches a VP goal in a certain number of rounds (solo/cooperative).