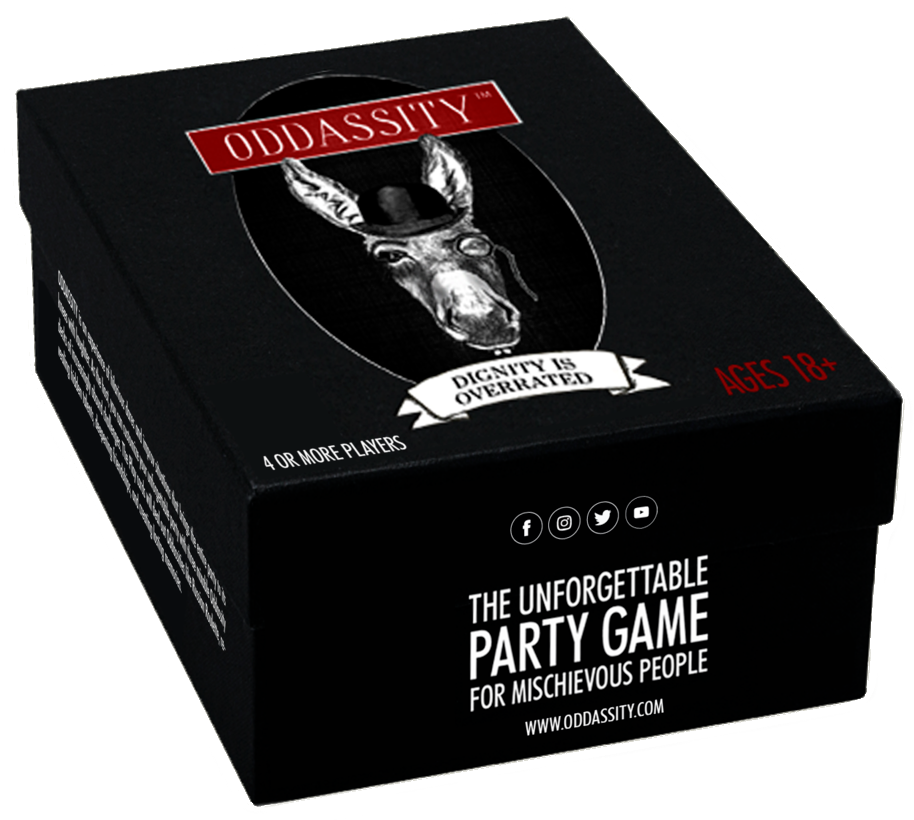 Oddassity is a social party game of improv style actions. Oddassity is made up of three decks of increasingly absurd dares, plus a fourth deck that plays like Russian roulette. Players take turns flipping Play Cards to determine if an ODDASSITY Card will be performed. The object of the game is to deliver the best performances as determined by the group.

A group of 4 or more players decide the ODDASSITY level your party can handle by picking 1-3 ODDASSITY Decks between NSFP (Not Safe For Prudes), NC (Needs Consent) and R (Racy), or customize their own deck. ODDASSITY CARDS are shuffled, flipped, and read out loud. The player who will obey the ODDASSITY is determined by the Play Cards.

Once the Play deck is exhausted, the group decides which player gave the best performances of the game.