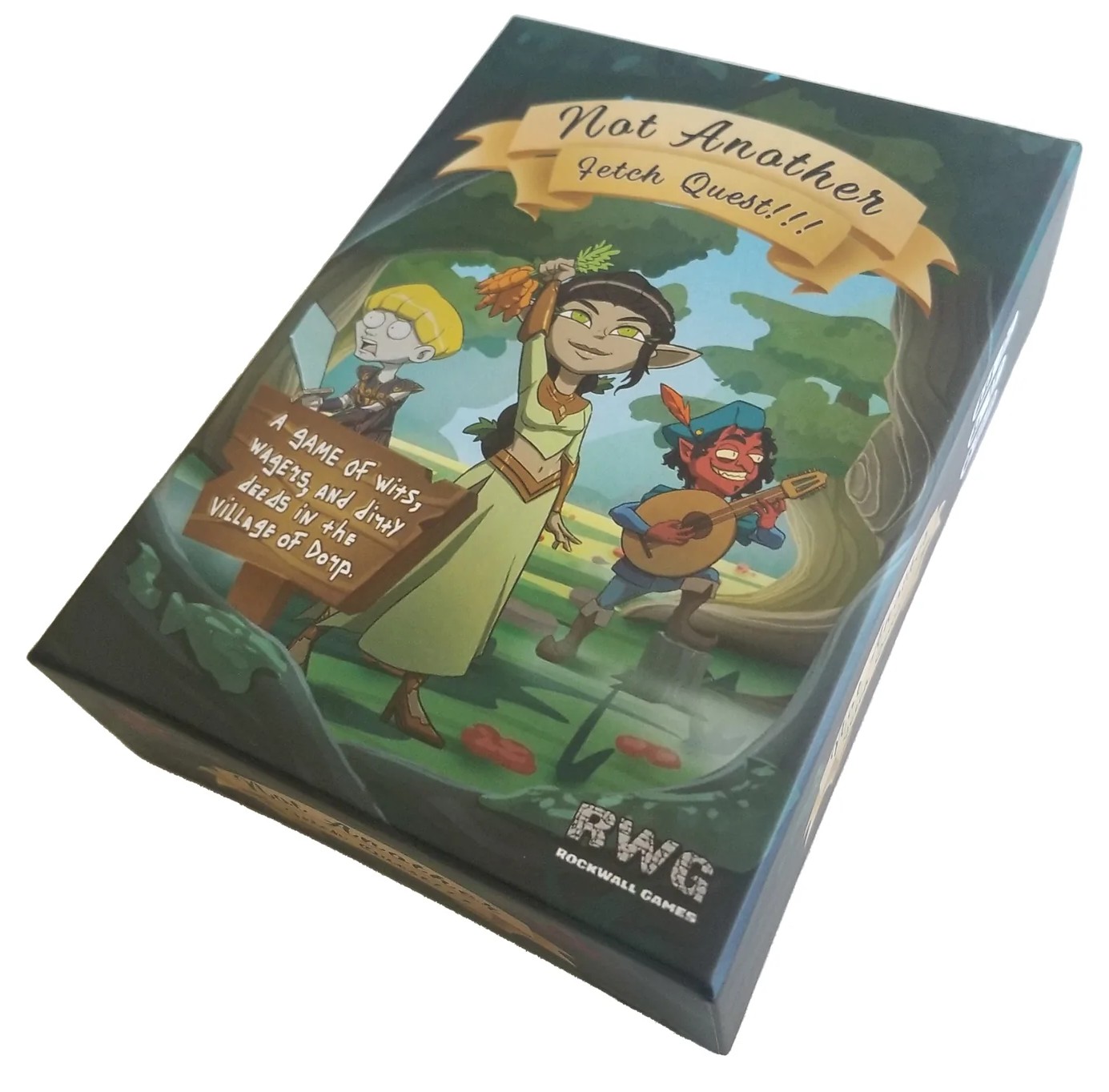 Not Another Fetch Quest!!!

Not Another Fetch Quest!!! is a fast and fun party card game with a fantasy theme that pokes fun at one of the most annoyingly unnecessary elements in the RPG realm: fetch questing. Take the role of one of the Kingdom of Renfaire's most mundane of heroes and use your wits to conquer the quests before your rivals do.

Each player is represented by a character, which have unique stats and special abilities. Players take turns adding quest cards (with difficulty values that correspond to player stats) to the notice board until a player is challenged. When a player is challenged, they see if their stats (and loot, if needed) can overcome the challenges of the quests.

A player can win in one of two ways: if they win three challenges and get three success tokens, or if the player is the last one standing when all other players fail three challenges. It's suggested to play to two wins/losses if in a group of five or more. Also check out the other play modes for faster or more devious play styles.