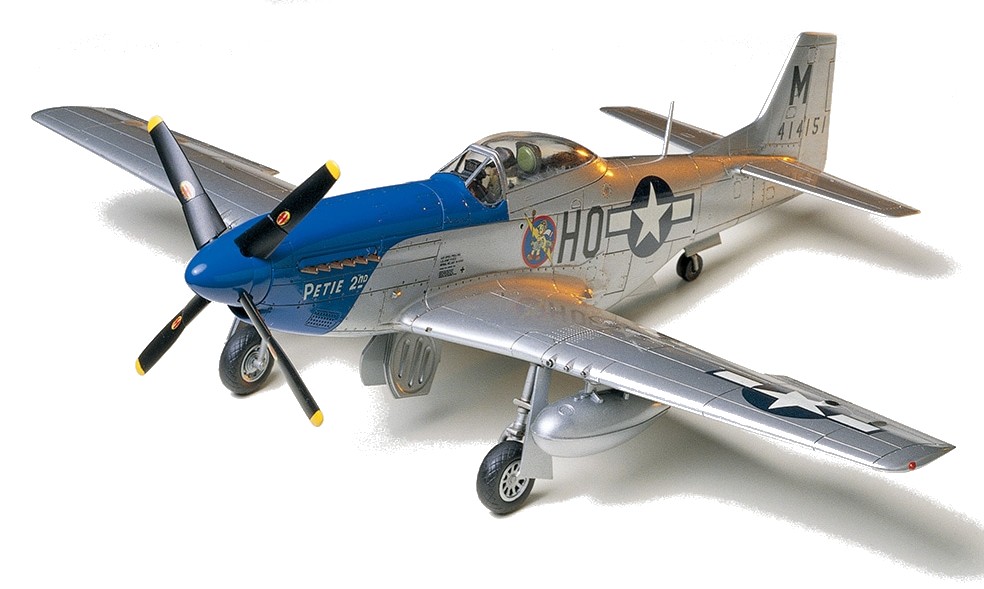 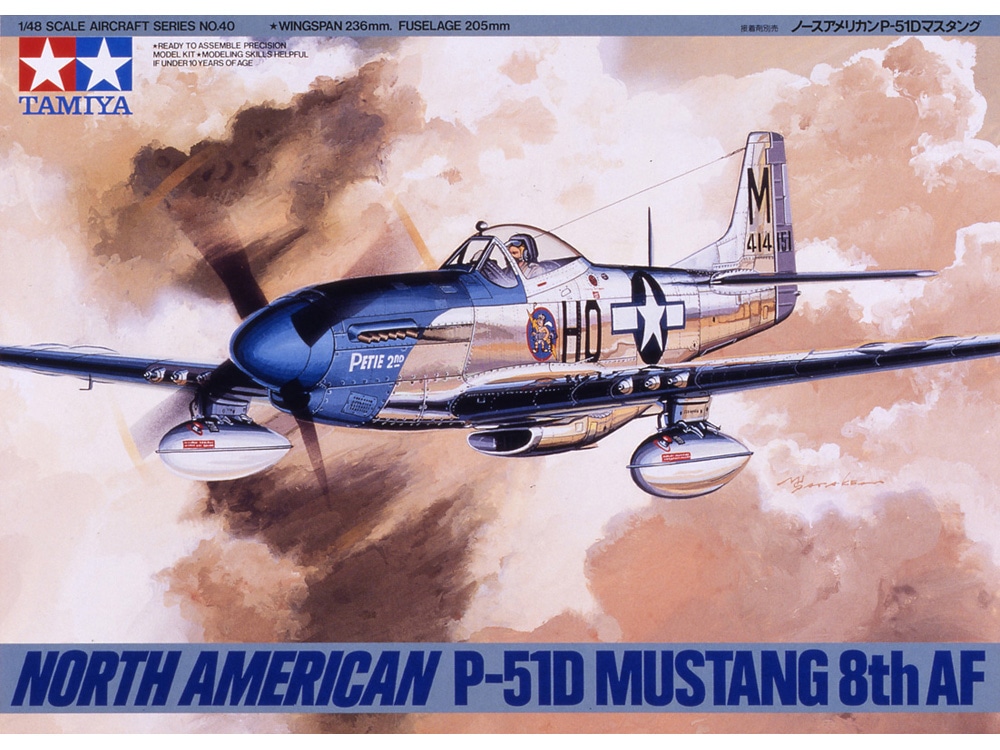 In April 1940, drawings were sketched in a New York City hotel room for a new fighter aircraft for the British purchasing Commission. This fighter, the North American NA73X, became one of the best fighter aircraft in the U.S. Army Airforce during World War II, and is known as the P-51 Mustang.

Of the several variations of this famous fighter, the P-51D is generally accepted as the definitive Mustang and was the first production version with the "Bubble" canopy. More "D" model Mustangs were built than all other Mustang variants combined, with a total of 9,603 coming off production lines. 45 squadrons of the famed U.S. 8th Airforce, stationed in England were equipped with the P-51D, which could now escort and protect the heavy bombers all the way to and from targets on the European continent.

There were several major changes that set the "D" apart form earlier Mustangs. One was the change from four .50 caliber machine guns to six, three in each wing. Another was to mount the guns upright which helped to eliminate a jamming tendency that occurred in the four gun system. Ammunition was increased to 400 rounds per inboard gun, and 270 rounds for each of the other four. Underwing pylons were strengthened to carry the 110 or 165 gallon auxiliary drop tanks or 1,000 lb bomb. P-51D Mustangs went to fight in the later Korean conflict and it last flew combat in 1956 in the deserts to the Middle East, when Israel used Spitfires, Messerschimitts and Mustangs together in the Mid East conflict.