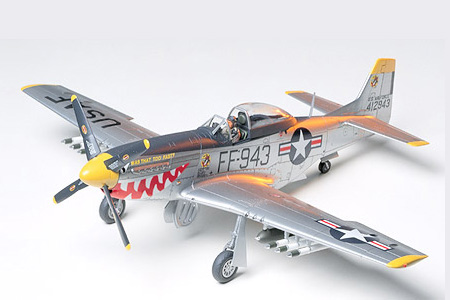 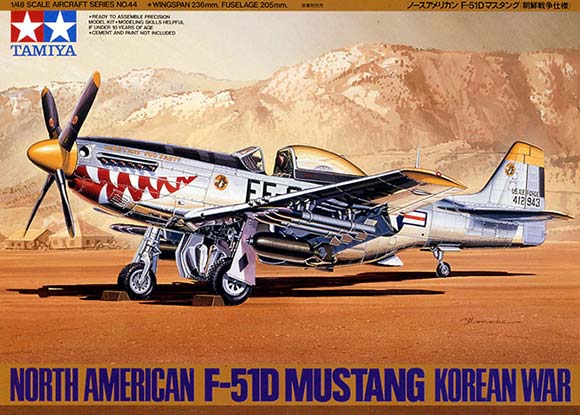 Sketched out in a New York city hotel room in April 1940, the North American Aviation Corporation NA73X went on to become one of the best fighters to come out of World War 2. The U.S. Army Air Corps gave it the title of P (for Pursuit) 51, and it was named Mustang by the British. Of the several variations of the Mustang, the P51-D is considered the definitive version and was the first to have the bubble canopy. More "D" models were built than any other variant, with a total of 9,603 being produced.

When the Korean conflict broke out, hundreds of F (for fighter) 51's were in Japan awaiting scraping. Because they possessed the slow speed maneuverability that was absent in the new jets then entering service, the F-51 was ideal to work with Forward Air Controllers (FAC's) on the ground in Korea. The major drawback to this was the F-51's liquid cooled engine susceptibility to anti-aircraft and small arms fire when attacking ground targets. This cause the Mustang to have the highest loss ratio of any aircraft in Korea. A total of 194 were lost in three years, with only 10 being downed in combat with other aircraft.