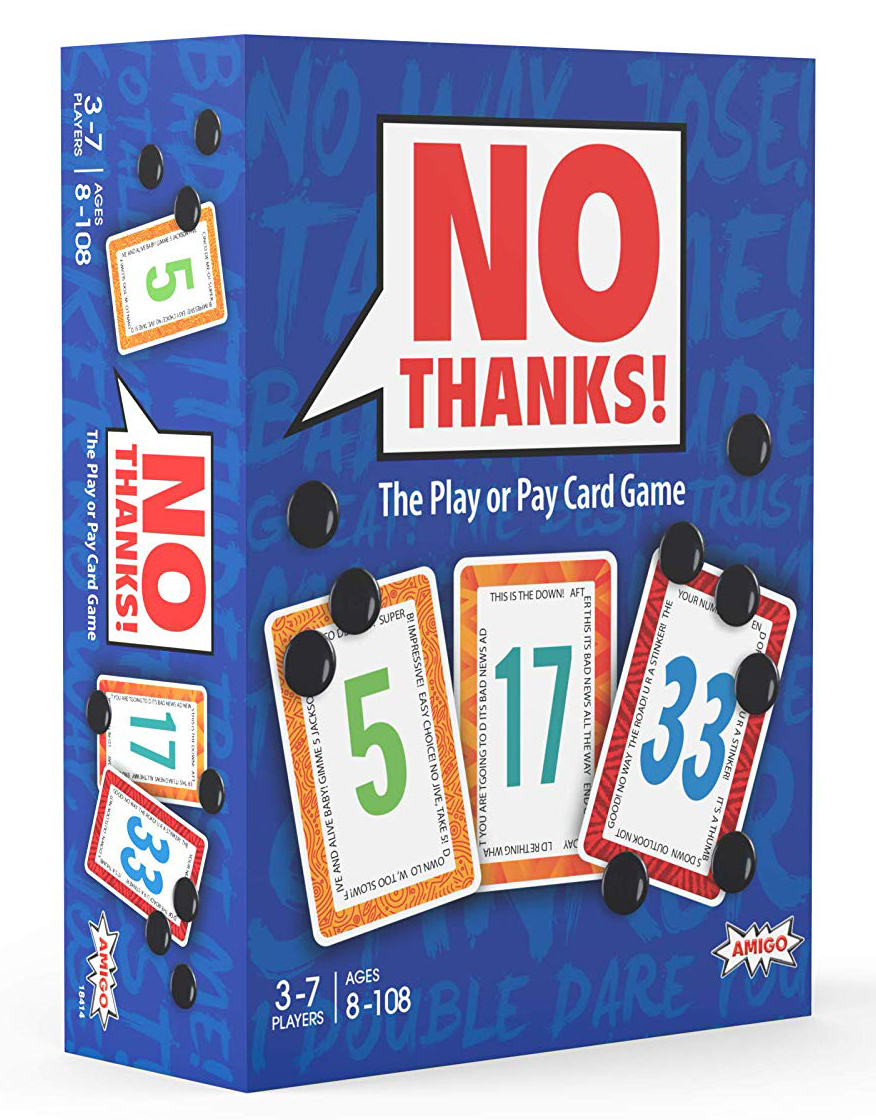 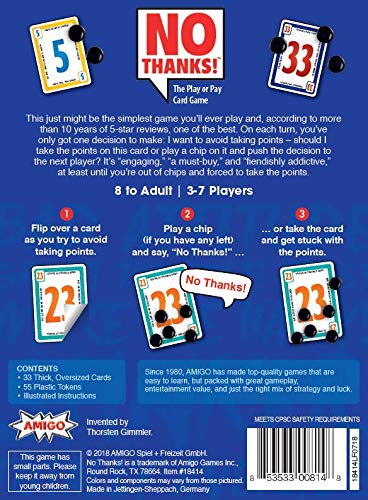 It sounds so simple, and it is: Take a card or pay one chip. If you take the card you get its points, but points are bad. But you also get the chips that others have played, and that's good (each chip nullifies one point). So say, No thanks!  and play your chips, but watch out: When you're out of chips that card's all yours.

The rules are simple. Each turn, players have two options to either play one of their chips to avoid picking up the current face-up card, or pick up the face-up card (along with any chips that have already been played on that card) and turn over the next card.

However, the choices aren't so easy as players compete to have the lowest score at the end of the game. The deck of cards is numbered from 3 to 35, with each card counting for a number of points equal to its face value. Runs of two or more cards only count as the lowest value in the run - but nine cards are removed from the deck before starting, so be careful looking for connectors. Each chip is worth -1 point, but they can be even more valuable by allowing you to avoid drawing that unwanted card.