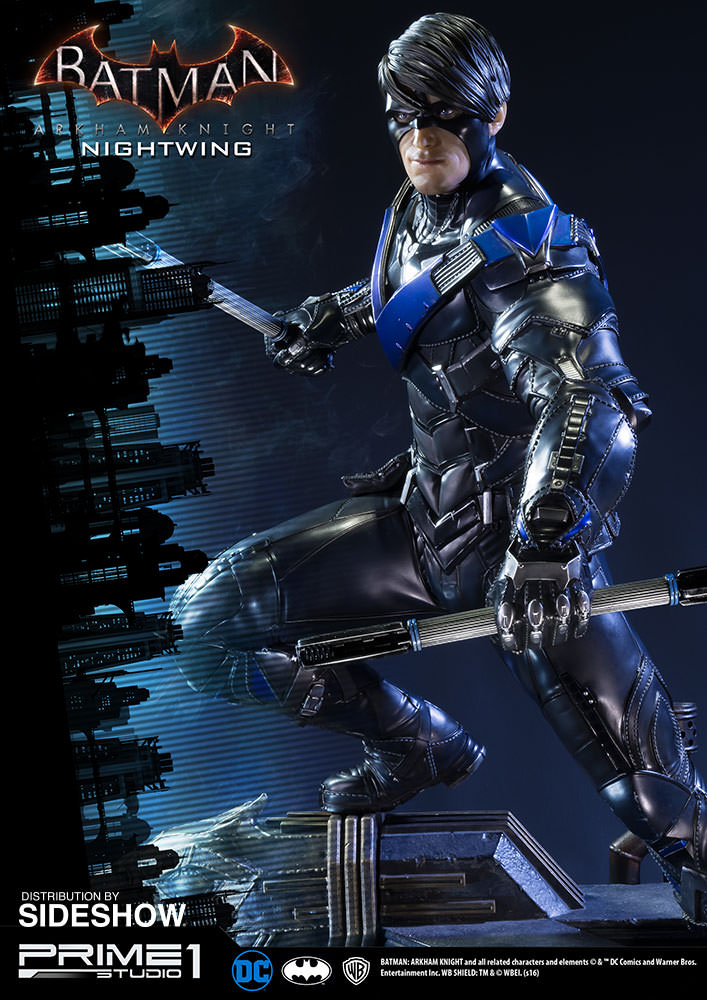 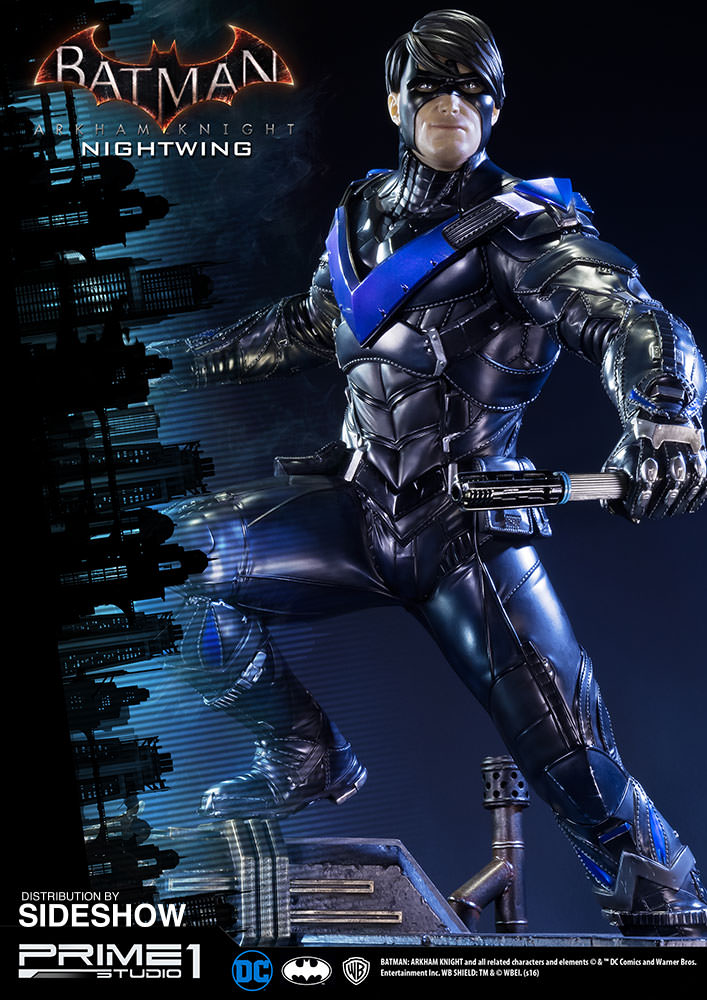 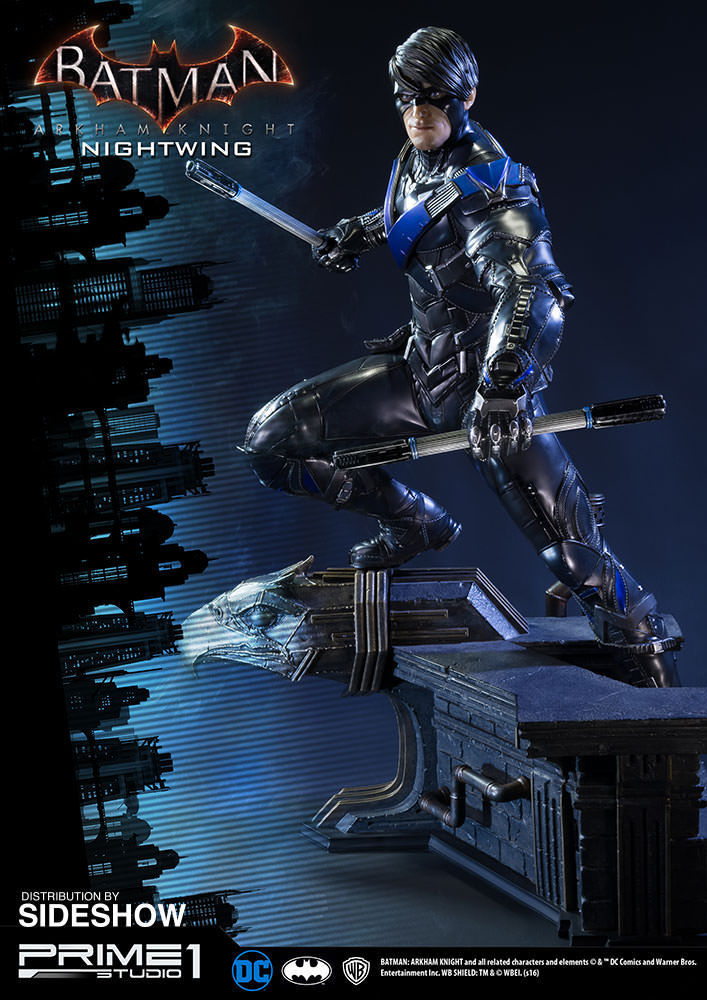 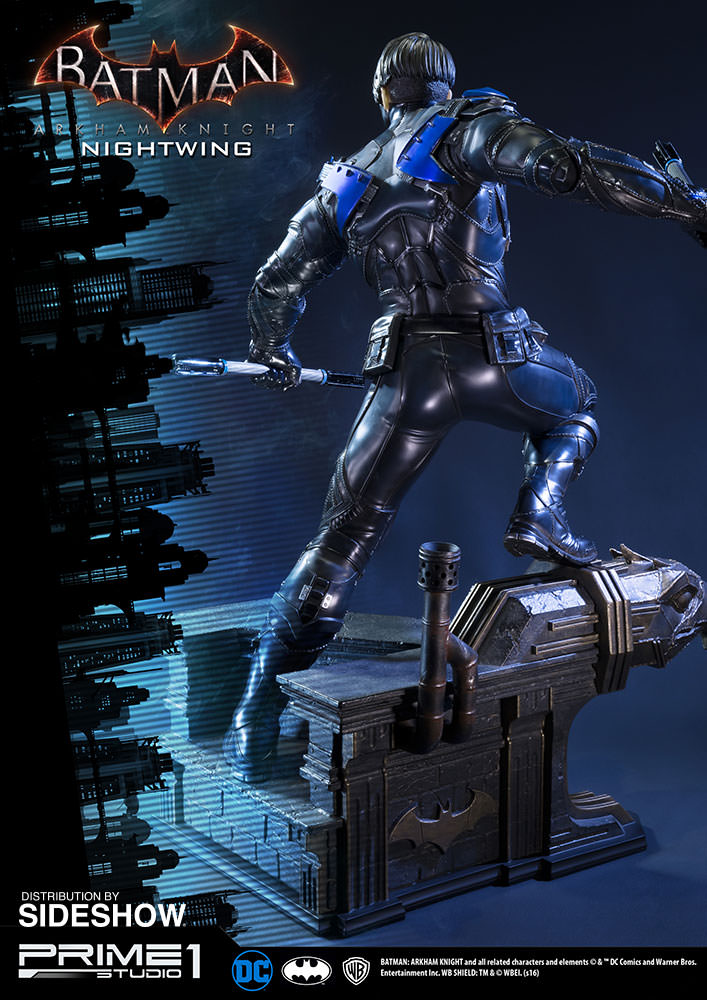 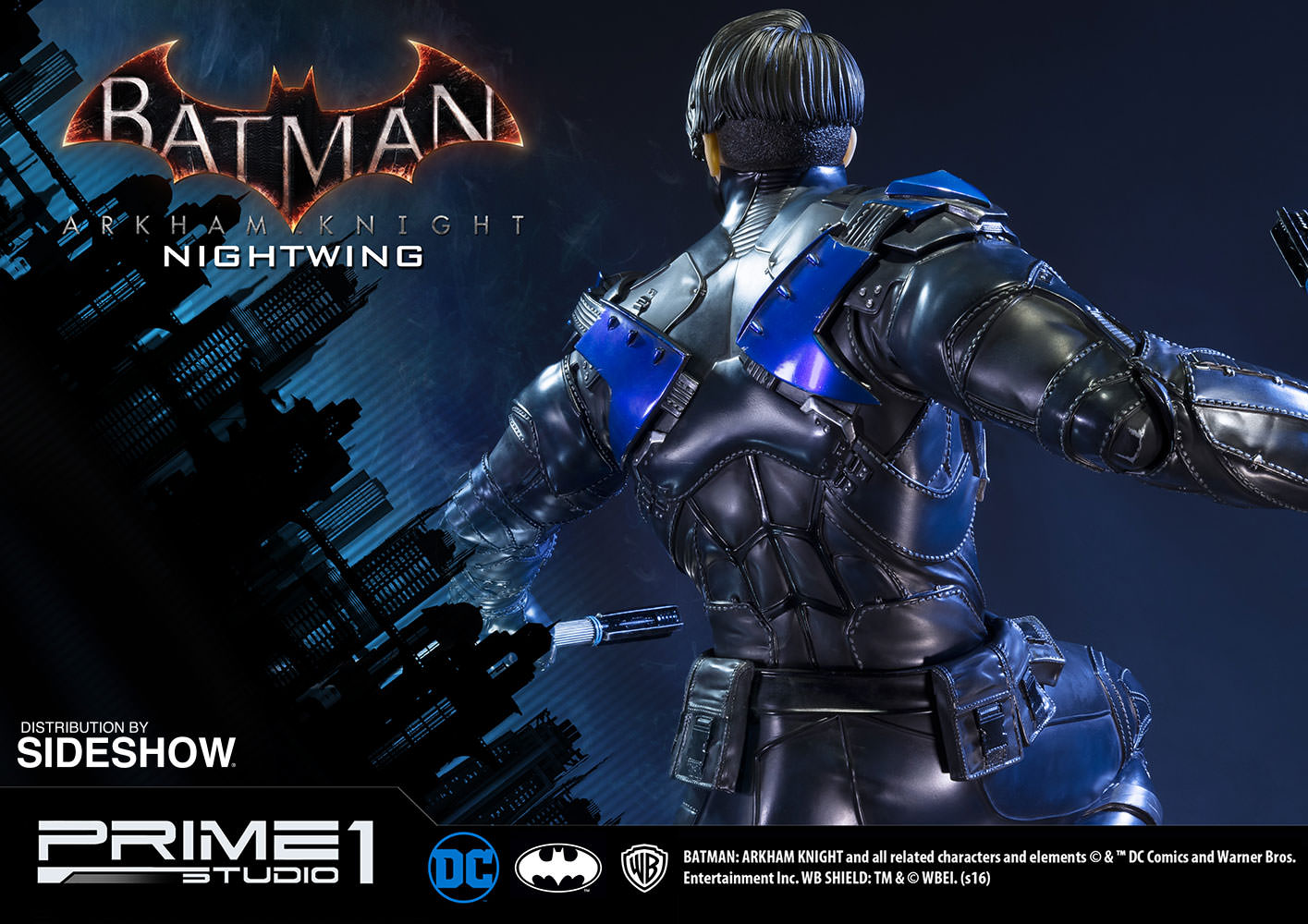 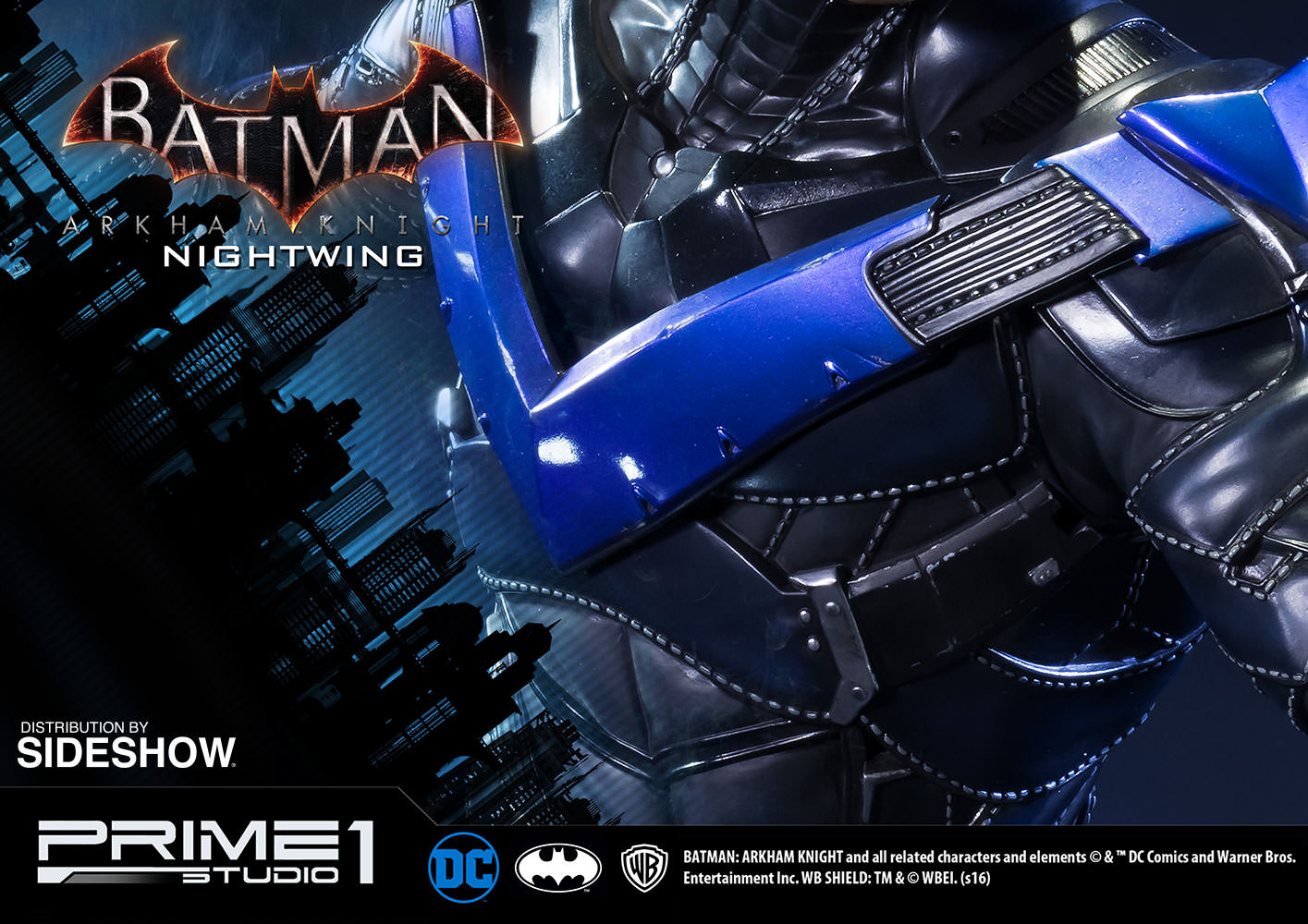 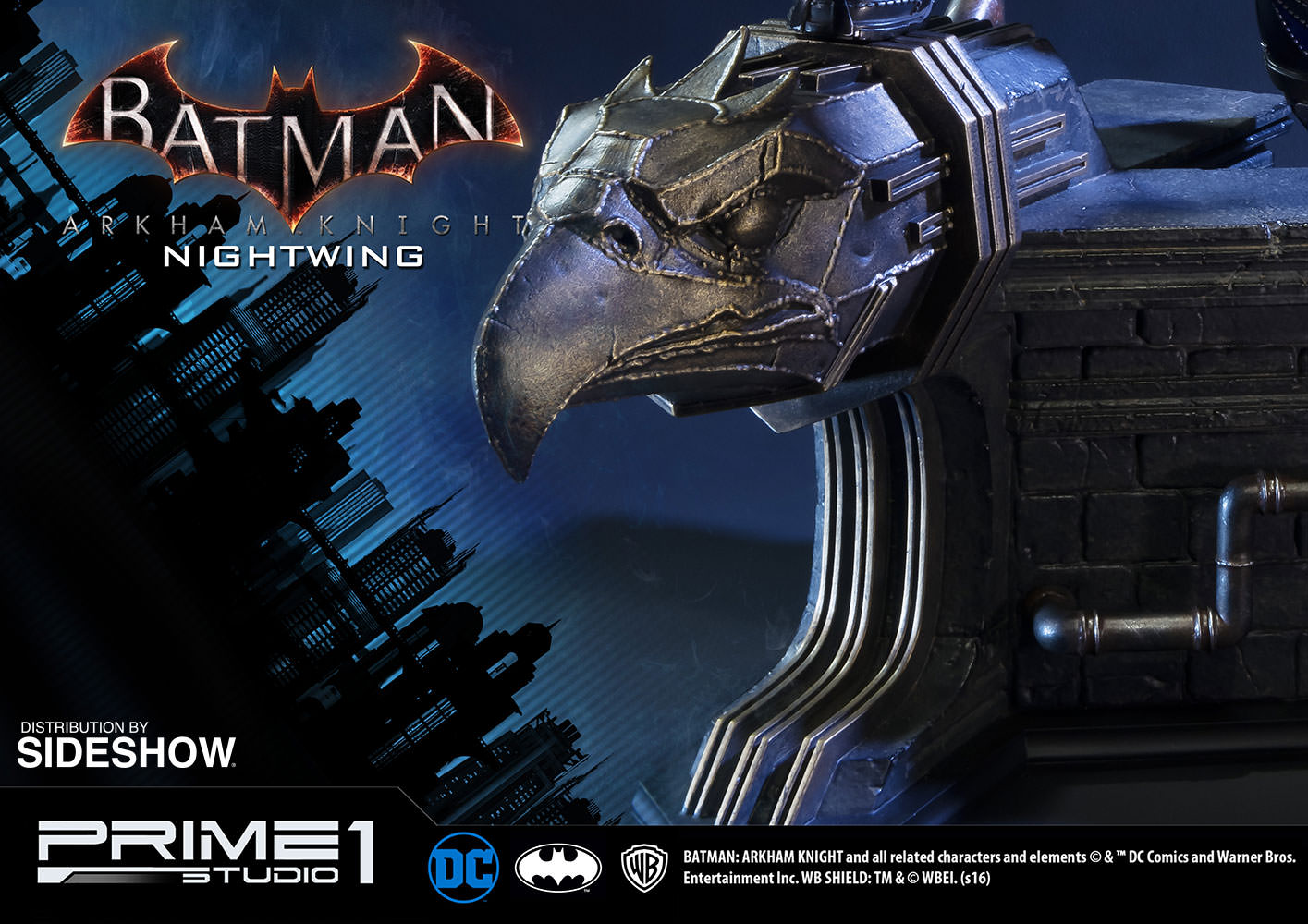 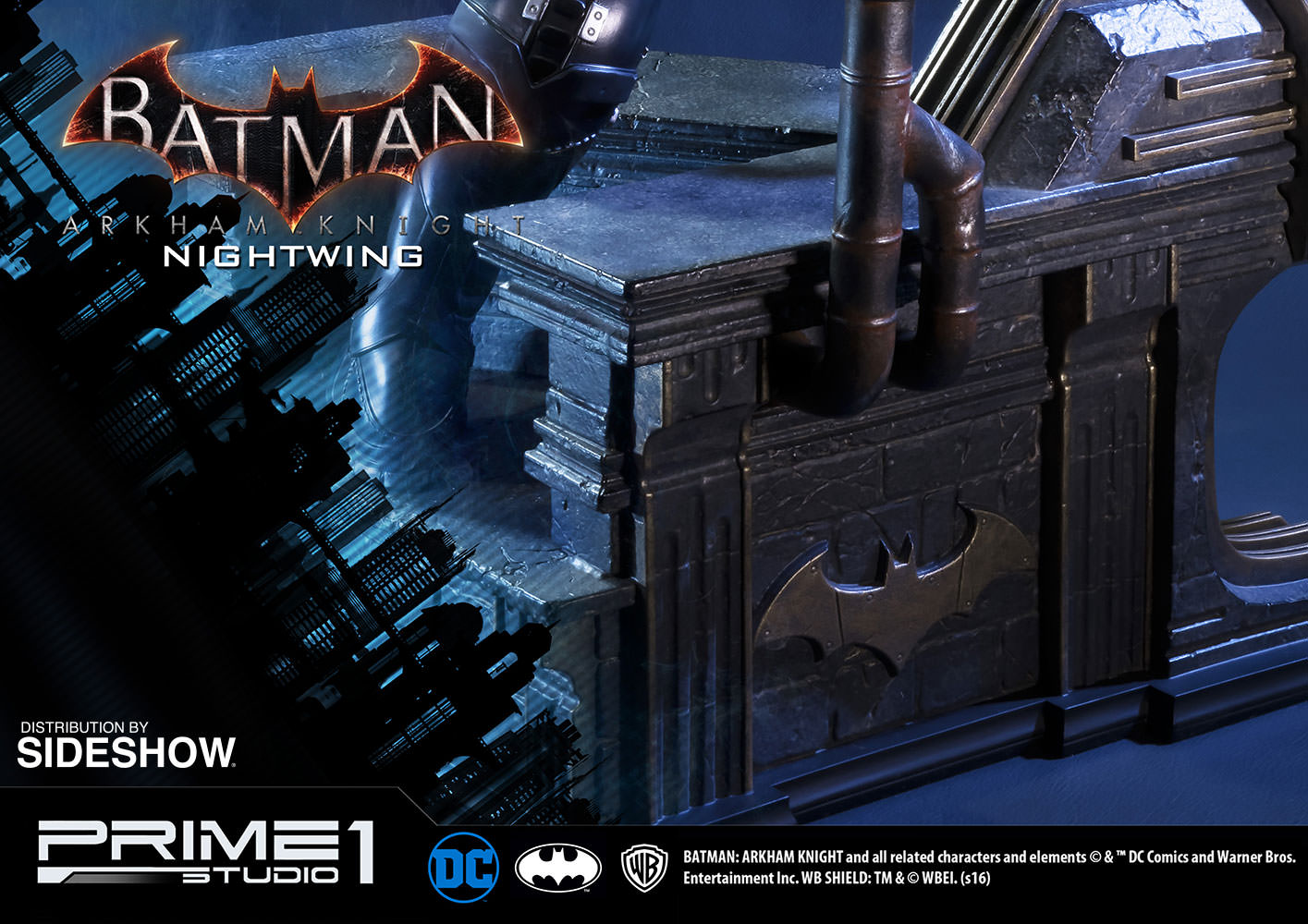 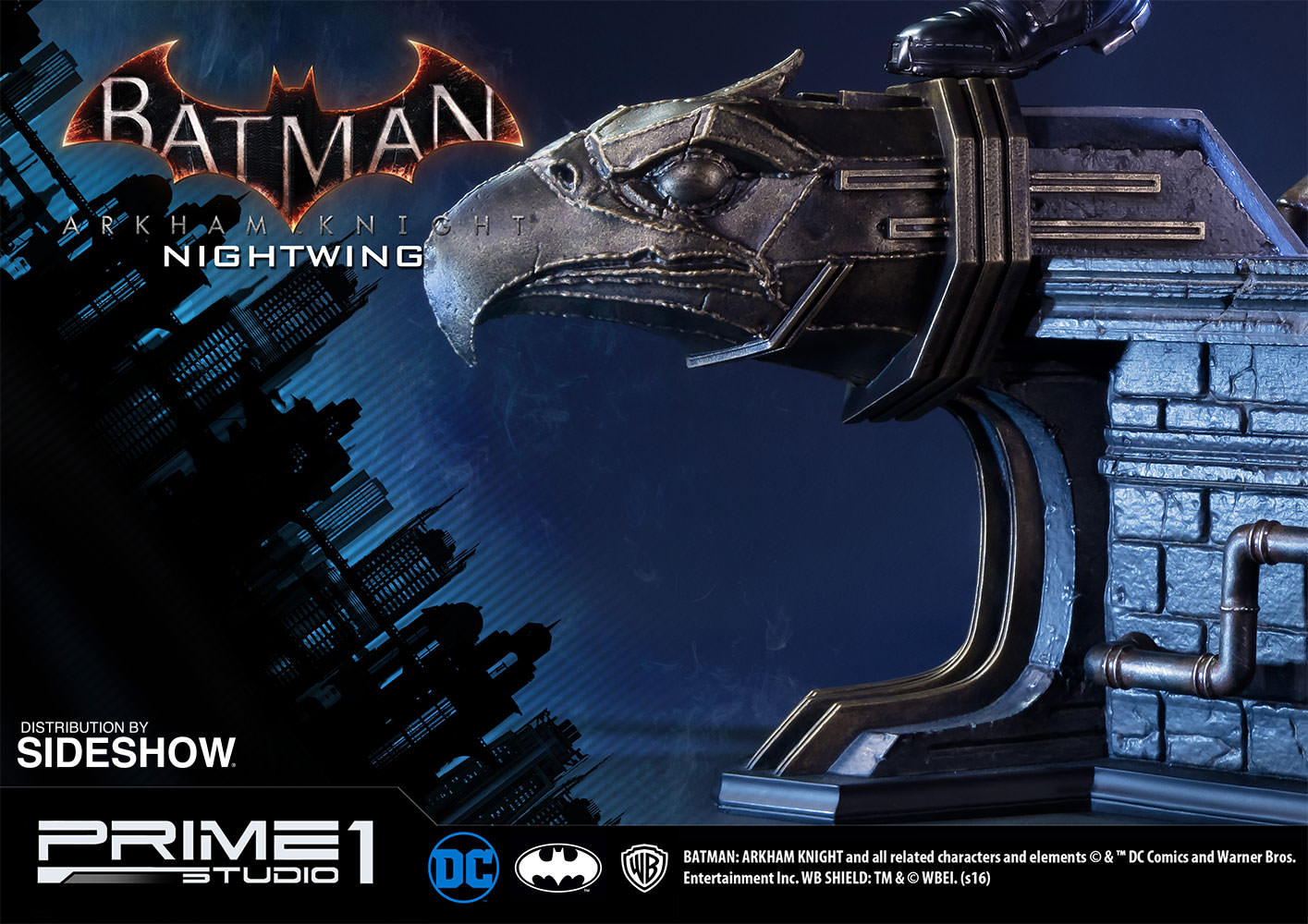 Sideshow and Prime 1 Studio are proud to present Nightwing from the Batman: Arkham Knight. Raised by his parents in a circus, Dick Grayson was trained to be incredibly acrobatic. His parents were killed after criminals had failed to extort money from the circus. Dick was soon adopted by billionaire Bruce Wayne, who shared his secret identity, and extensively trained the boy to become Batman's sidekick, the first Robin. After he aided Batman for years, Dick eventually moved on and became a hero in his own right. As Nightwing, he worked with Batman as an ally. He was the main protagonist of the GCPD Lockdown DLC of Batman: Arkham Knight. 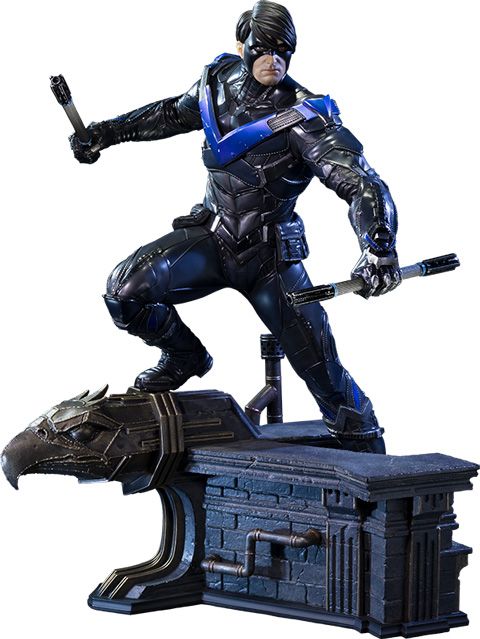