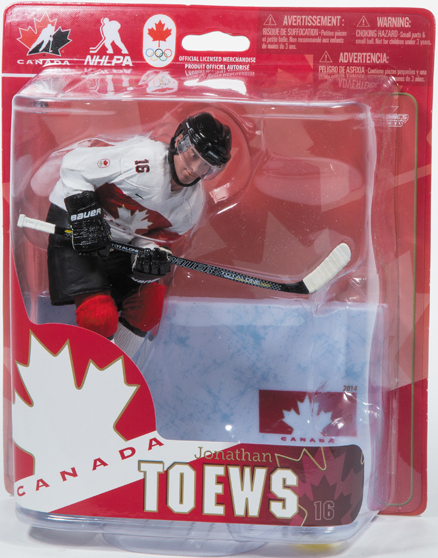 2014 will bring the XXII Olympic Winter Games to Sochi, Russia. As usual, one of the most highly anticipated events will be the Men's Ice Hockey competition. Coming off of their thrilling gold medal winning performance at the 2010 Vancouver Olympics, all eyes will be on Team Canada to see whether the men from the "Great White North" can once again see their flag raised in victory.

Jonathan Toews, the two time Stanley Cup winner for the Chicago Blackhawks, will be playing in his second straight Olympics, and is looking to capitalize on his performance in 2010, when he led Team Canada in points. Heading into the Sochi Olympics, Canada will look to Toews to help lead their team to another gold medal. Toews is showcased in the black Team Canada jersey.As an added bonus, be on the lookout for a small number of Toews in the white Team Canada jersey!