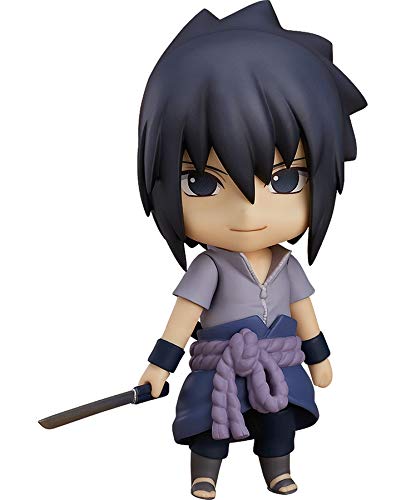 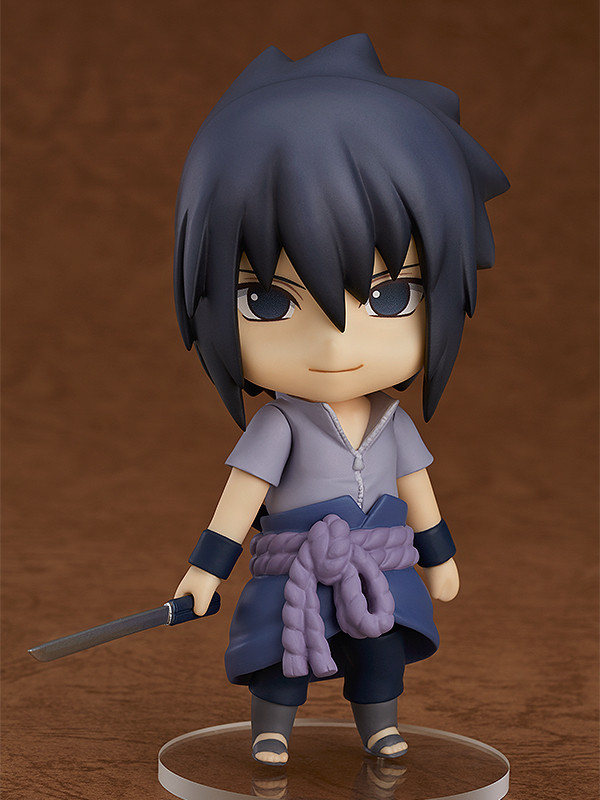 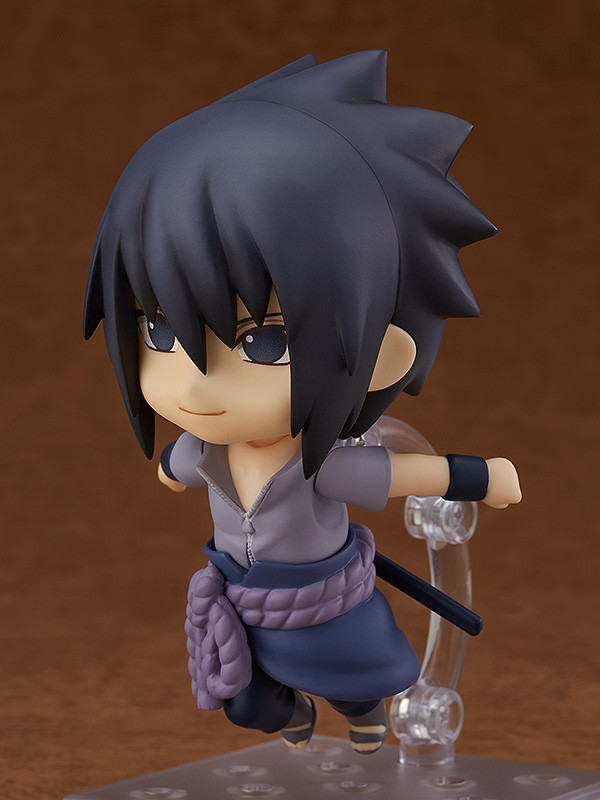 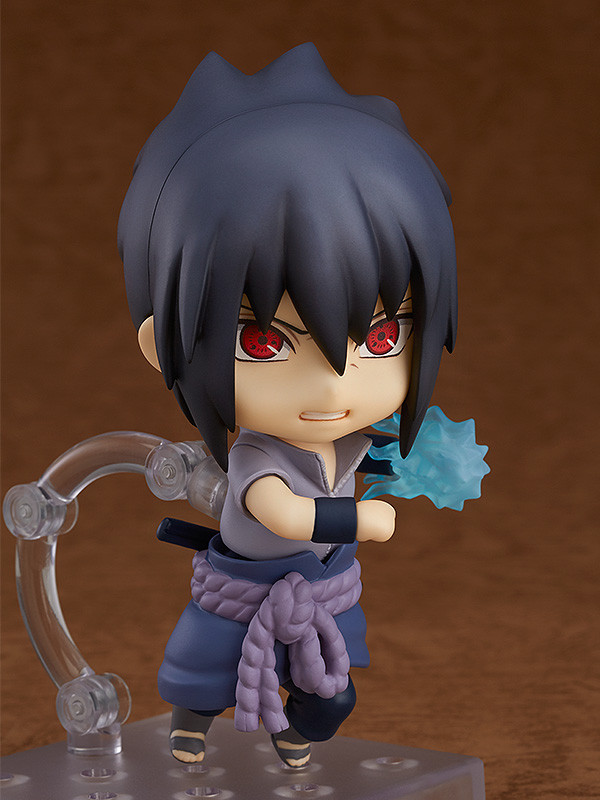 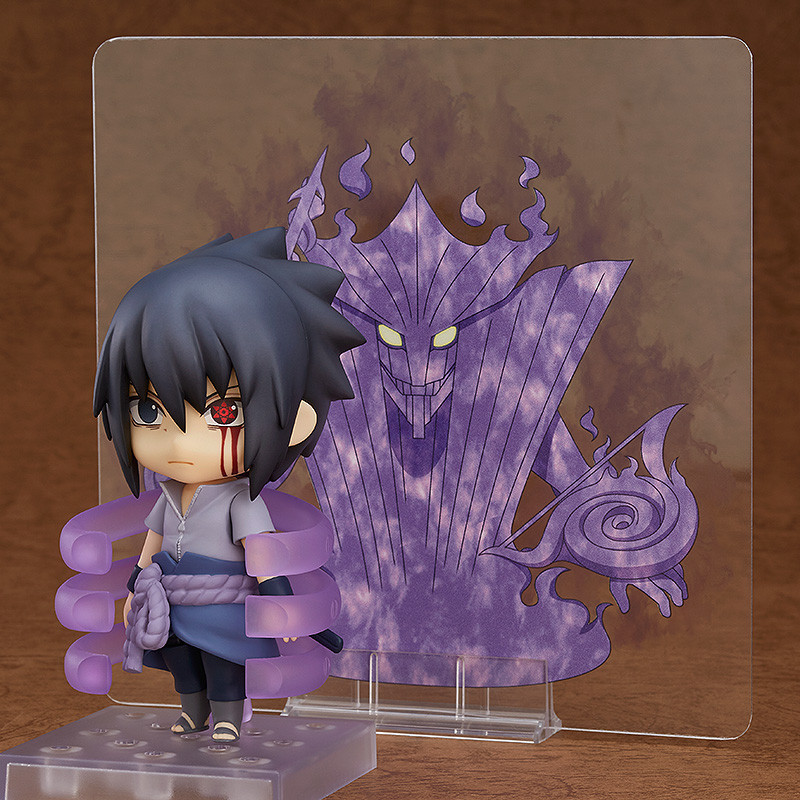 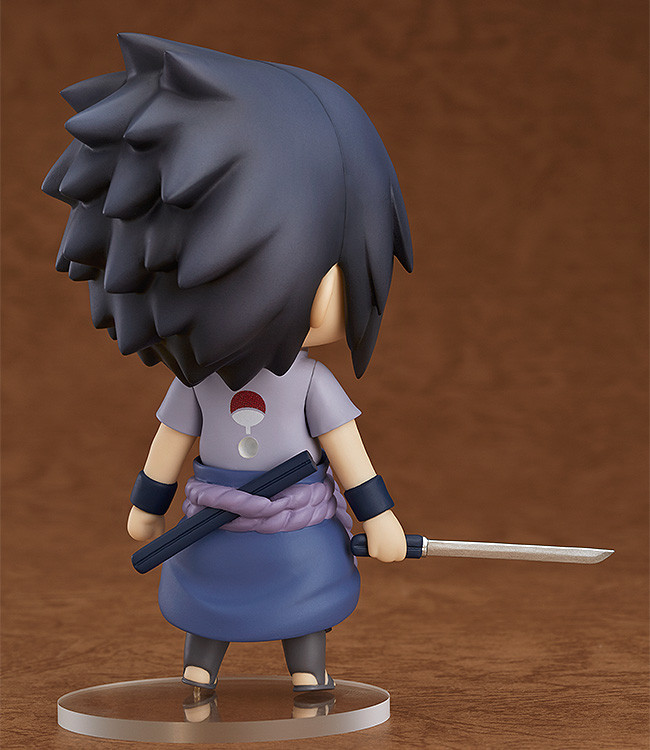 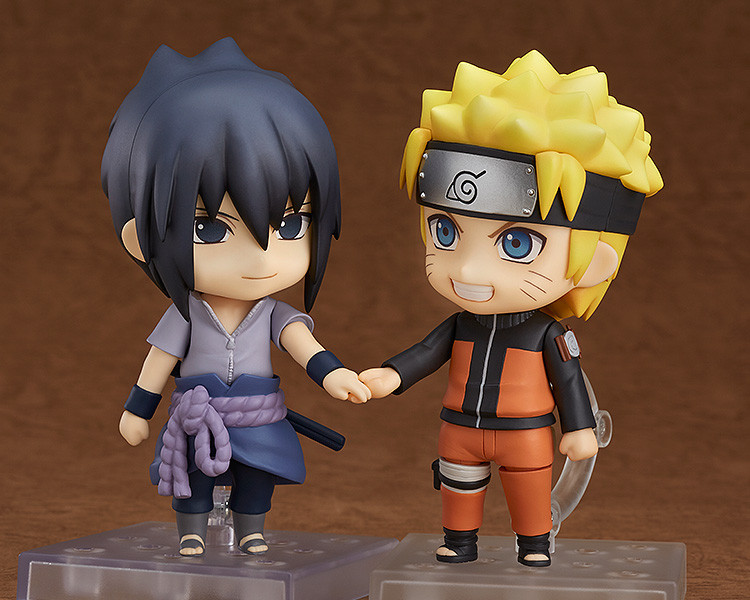 From the popular anime series 'Naruto Shippuden' comes a rerelease of the Nendoroid of Sasuke Uchiha! Sasuke's cool and composed appearance from the Shippuden series has been faithfully converted into Nendoroid size and he comes complete with three face plates including his standard expression, a Sharingan expression as well as a Mangekyou Sharingan expression!

Nendoroid Sasuke also comes with a selection of optional parts including his 'Chidori' ninjutsu parts to contrast with Naruto's Rasengan. A special illustration sheet featuring Sasuke's Susanoo together with effect parts to complete Sasuke's impressive appearance when he fully awakened his Mangekyou Sharingan are also included!!

In addition, 'Union Sign' hand parts for Sasuke and Naruto are included allowing you to display the two of them forming the Union Sign that they were never able to complete themselves in the series - recreate the scene that never was in Nendoroid size!