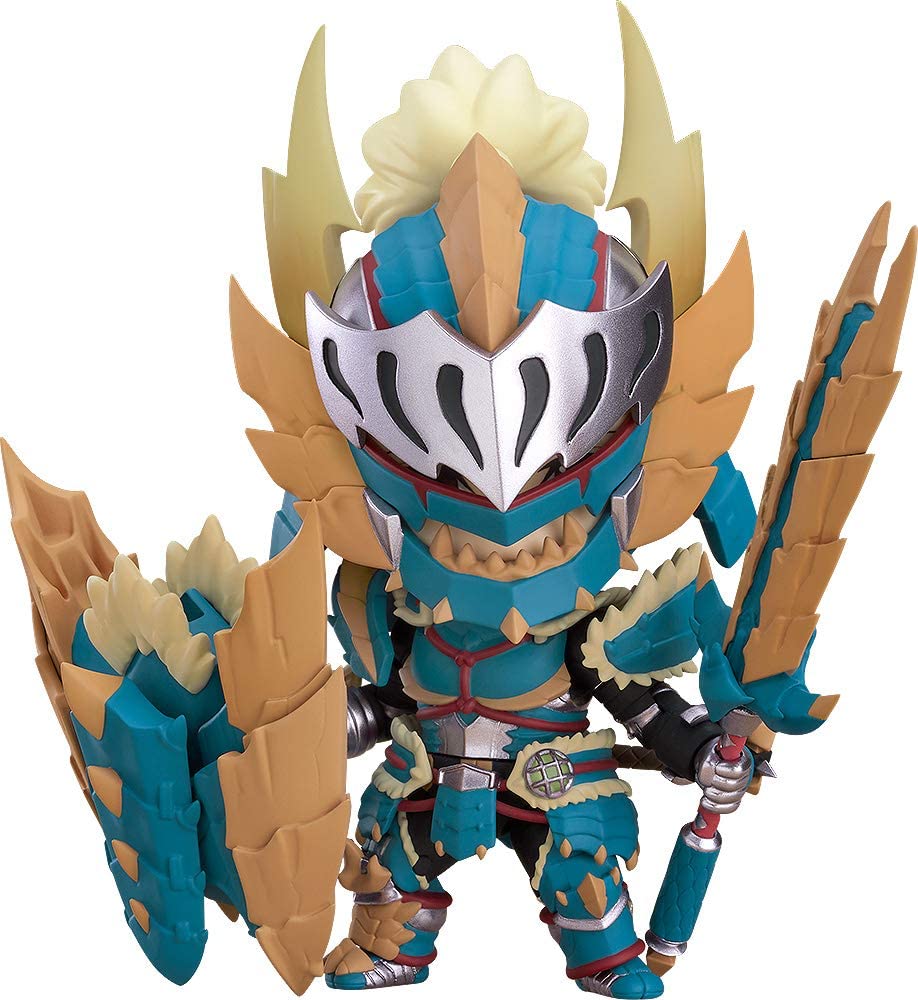 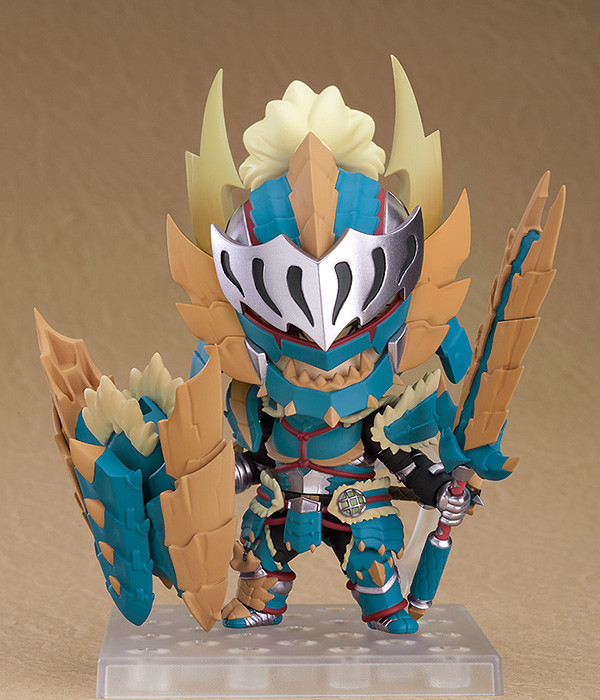 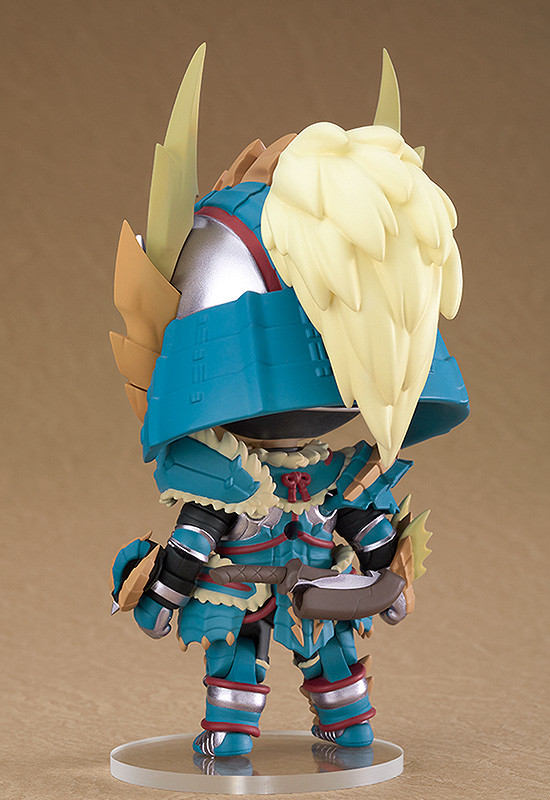 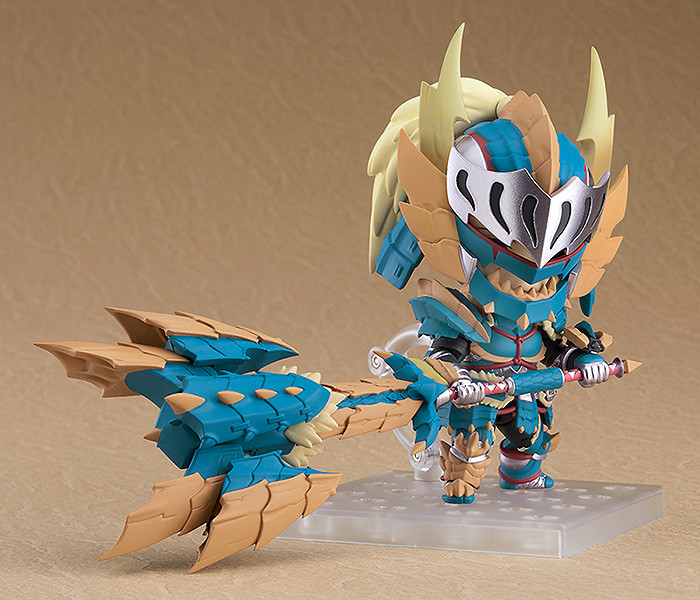 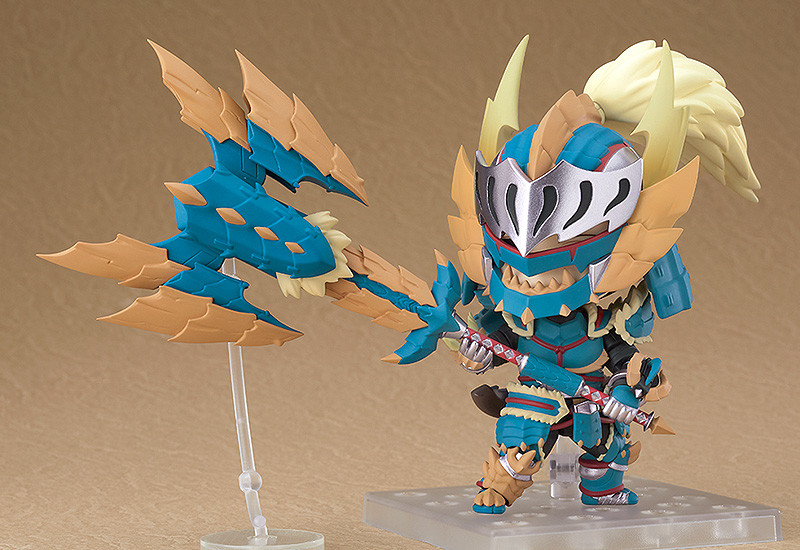 He comes with two face plates including a standard expression and an intense combat expression. The Despot's Thundergale Charge Blade and a carving knife are included as optional parts, allowing you to recreate your favorite hunting poses from the game!