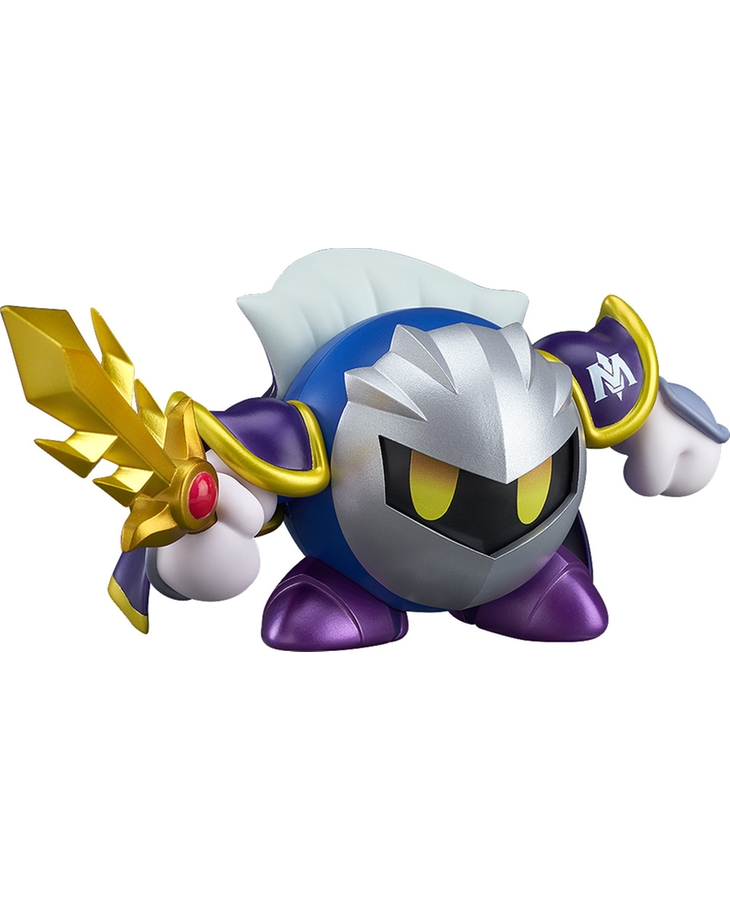 From the popular game series 'Kirby's Dream Land' comes a Nendoroid of Meta Knight! Just like the previously released Nendoroid Kirby, Meta Knight makes use of magnets for posing, making his movements smooth and easy to place in all sorts of different positions!

He also comes with a selection of optional parts including his sword together with large effect parts to display him slashing with the sword. You can also display him wearing his cape as well as transformed into his flying version with interchangeable wing parts! He even comes with parts that allow you to change the direction he is looking allowing for all sorts of awesome Meta Knight poses!