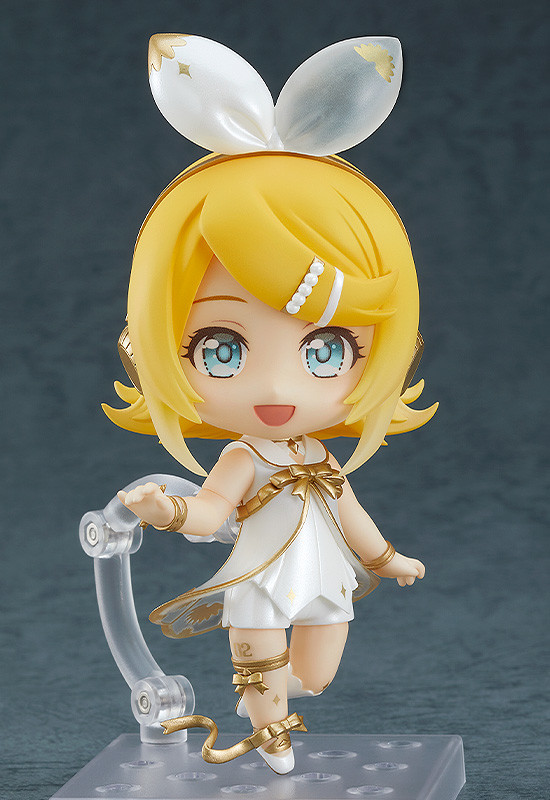 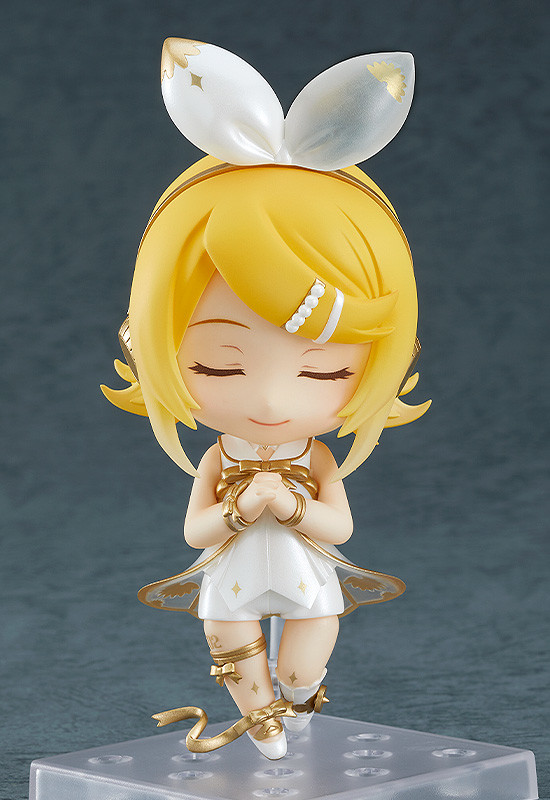 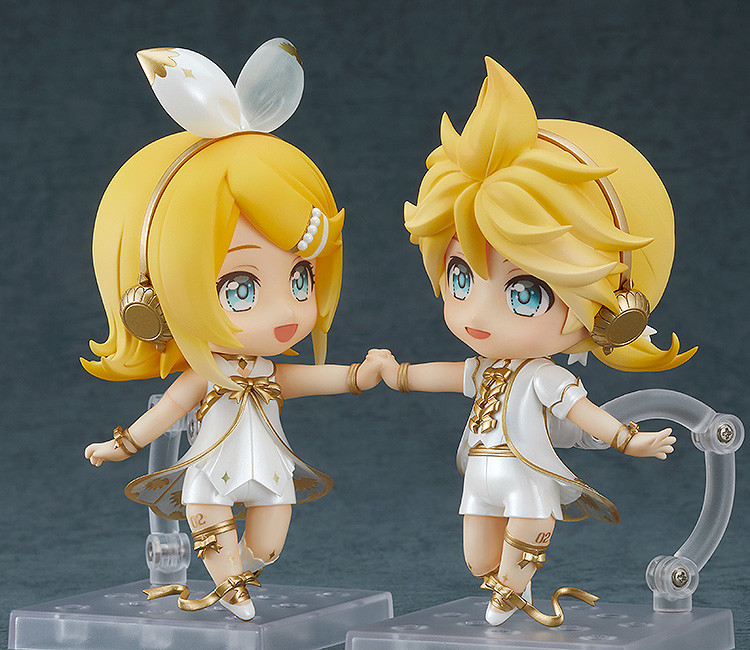 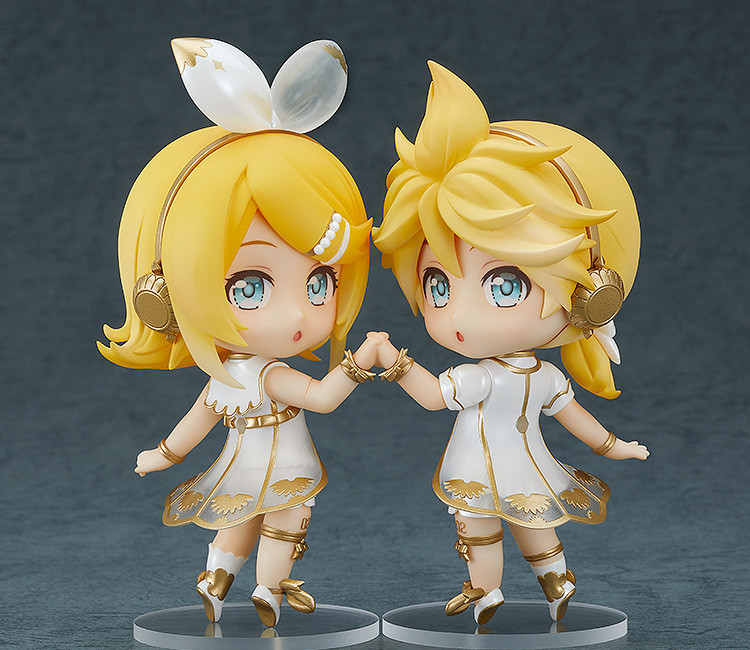 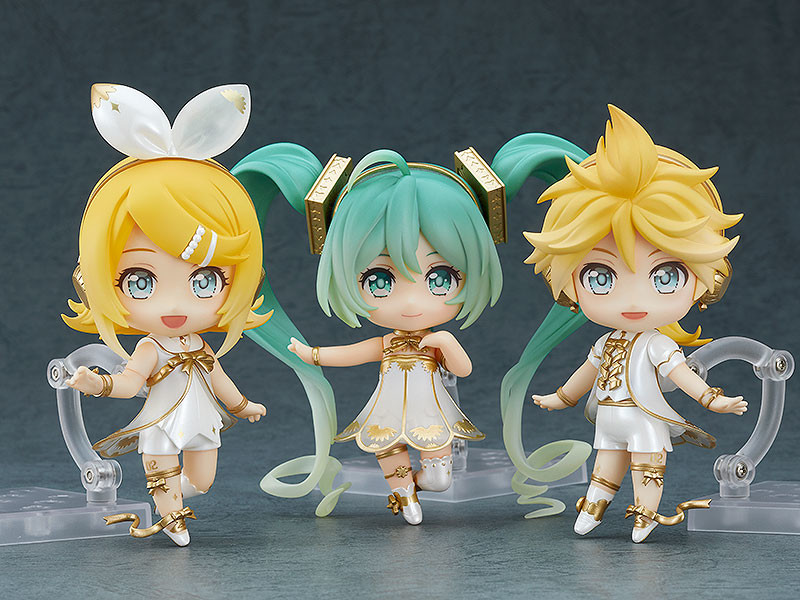 The innocent, delicate looks of Rella's original illustration have been faithfully captured in Nendoroid form. She comes with three face plates including a smiling face, a face with closed eyes and a singing face. Praying hand parts are included, and can be combined with the Nendoroid of Kagamine Len, also available for preorder now, to display them holding hands. Be sure to add this special 15th anniversary Nendoroid of Kagamine Rin to your collection!