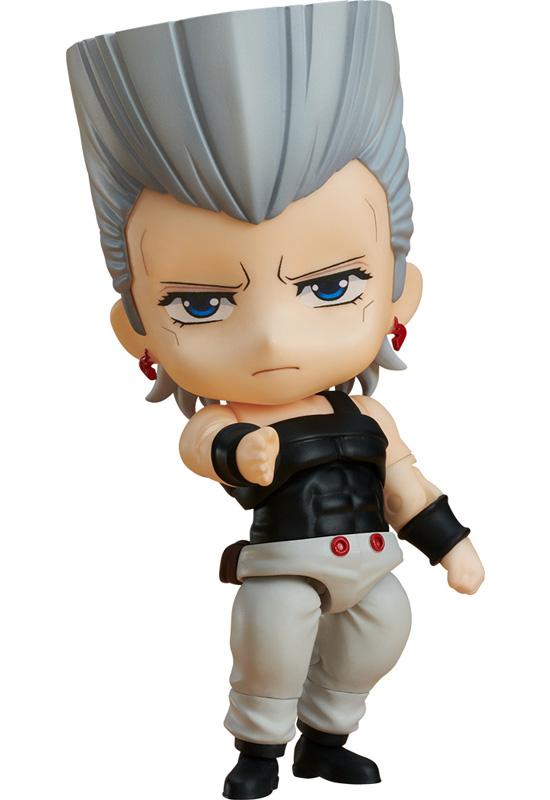 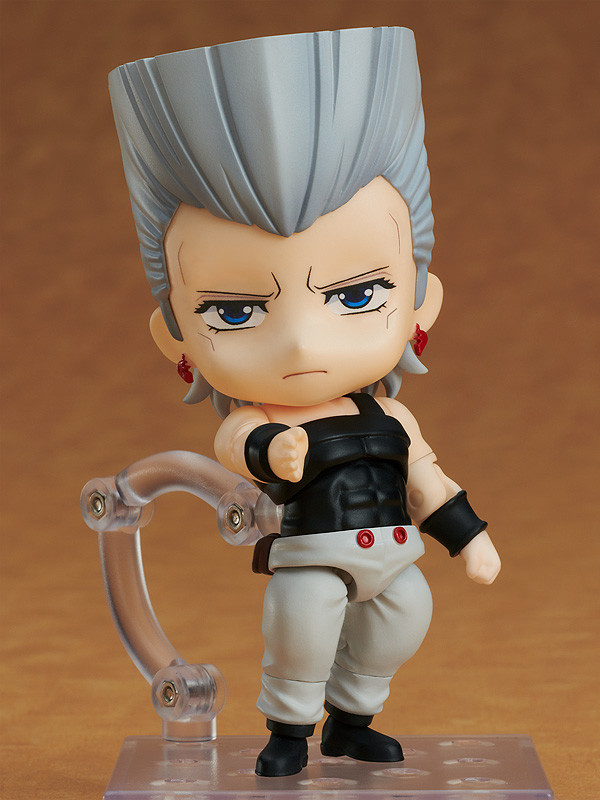 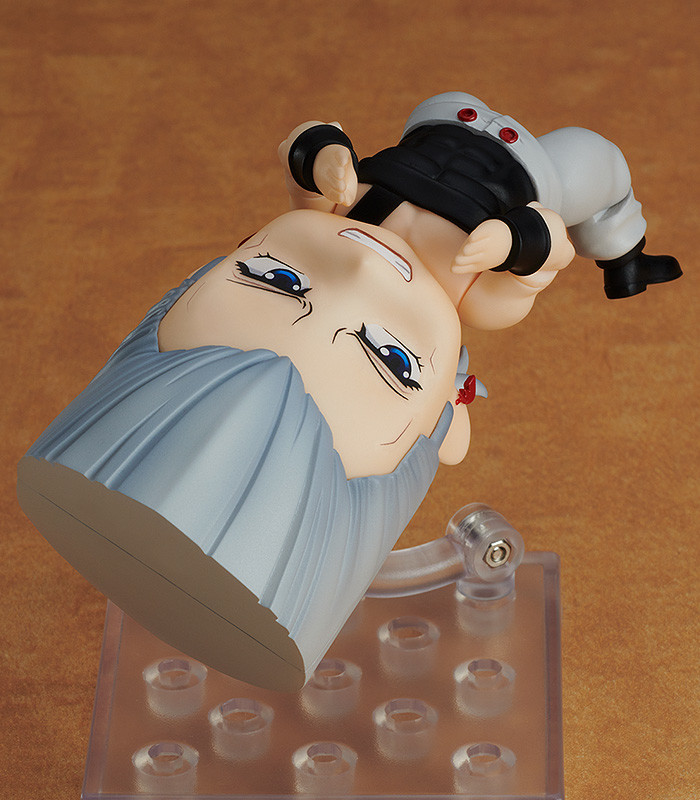 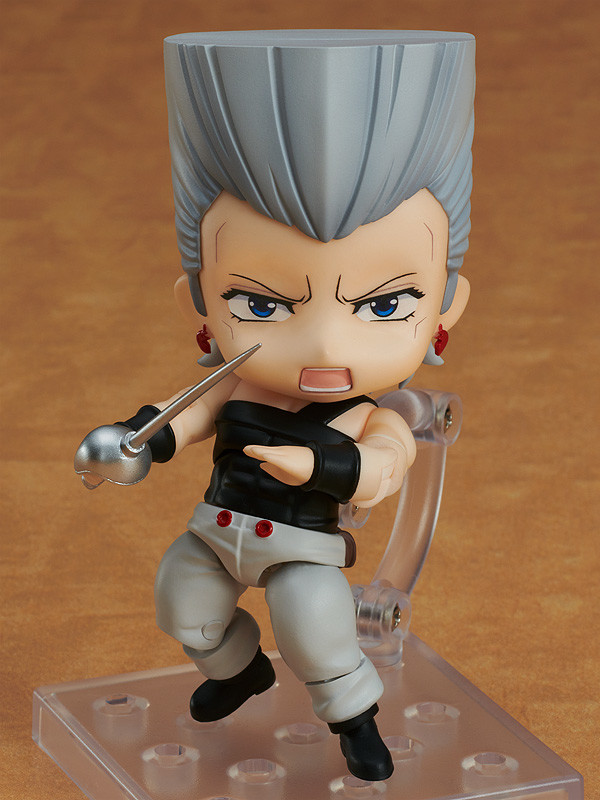 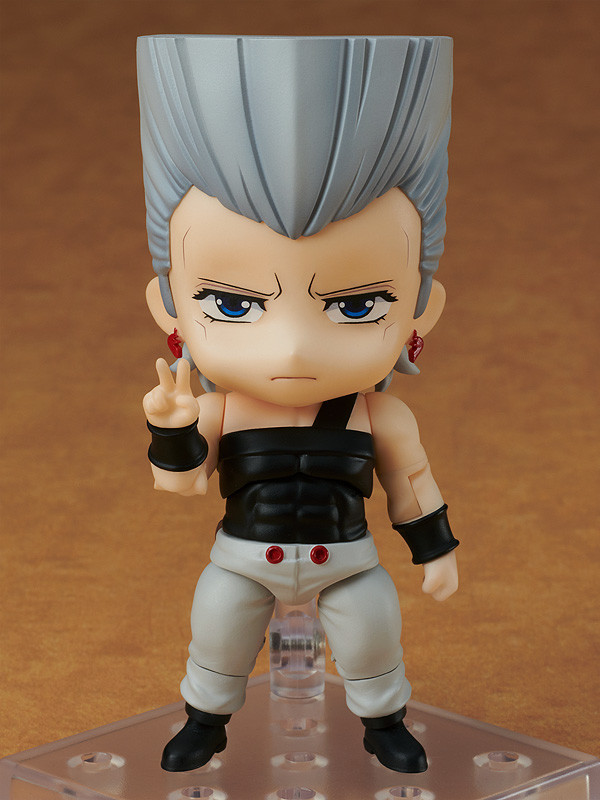 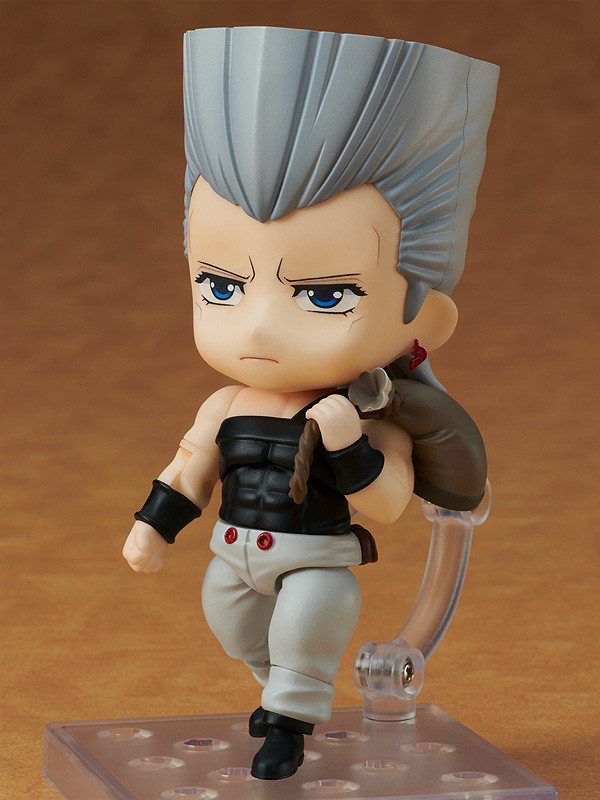 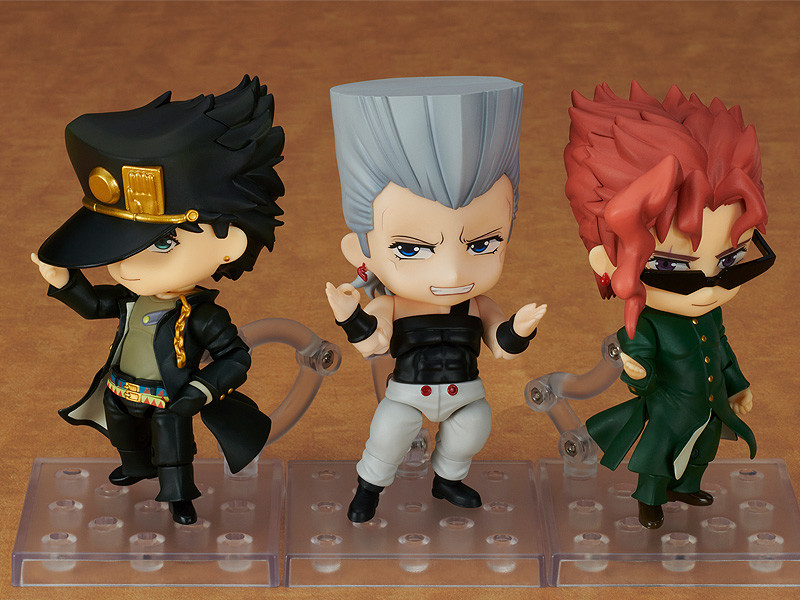 "I am Jean Pierre Polnareff." "For the honor of my dearest sister's soul!"

From the anime series "JoJo's Bizarre Adventure: Stardust Crusaders" comes a Nendoroid of the French ally of Jotaro and esteemed knight, Jean Pierre Polnareff! The figure is fully articulated so you can display him in a wide variety of poses. He comes with three face plates including a standard expression, a combat expression and a smiling expression fitting for his cheerful personality.

Optional parts include the Chariot Rapier used by Polnareff's Stand, Silver Chariot, and Polnareff's bag from the final scene of the story. He also comes with a variety of hand parts, including parts to recreate the "Your underwear is showing." hand sign! Be sure to add him to your collection and display him with Nendoroid Jotaro Kujo and Nendoroid Noriaki Kakyoin!