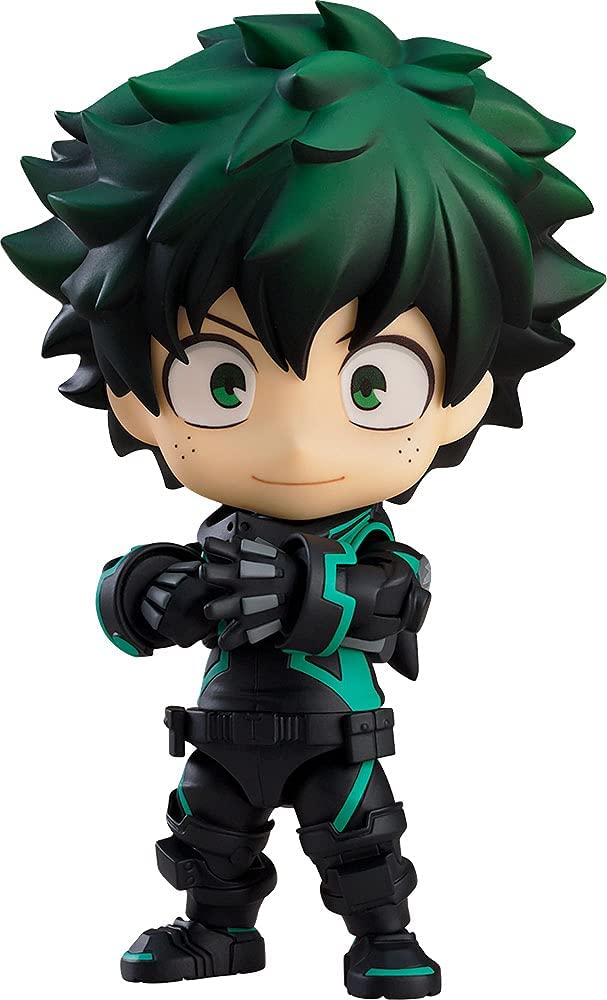 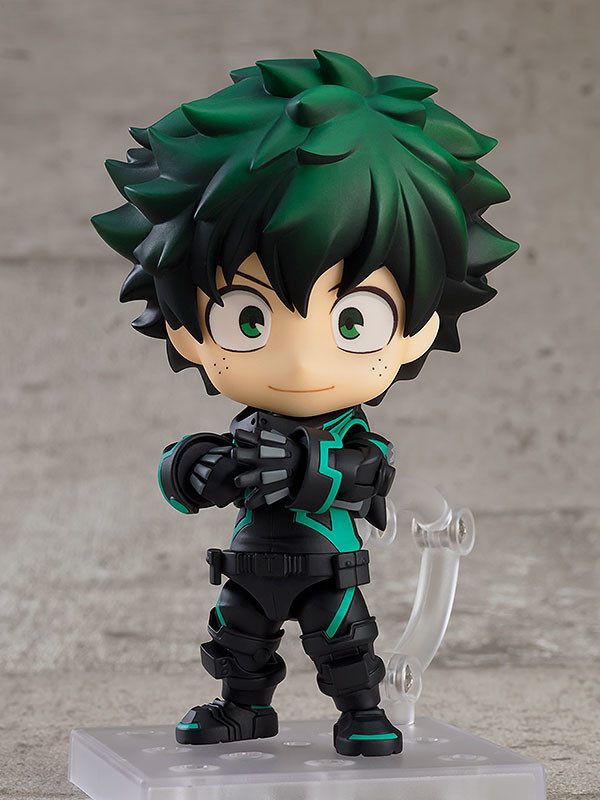 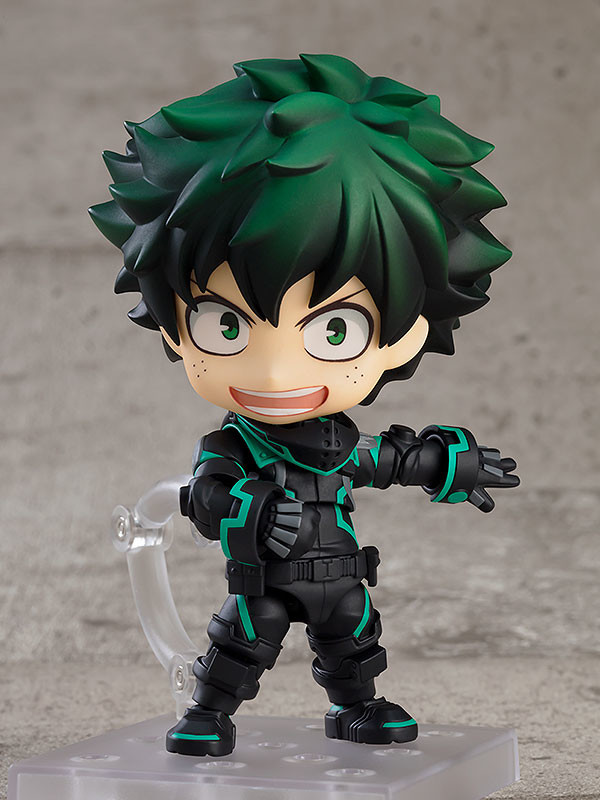 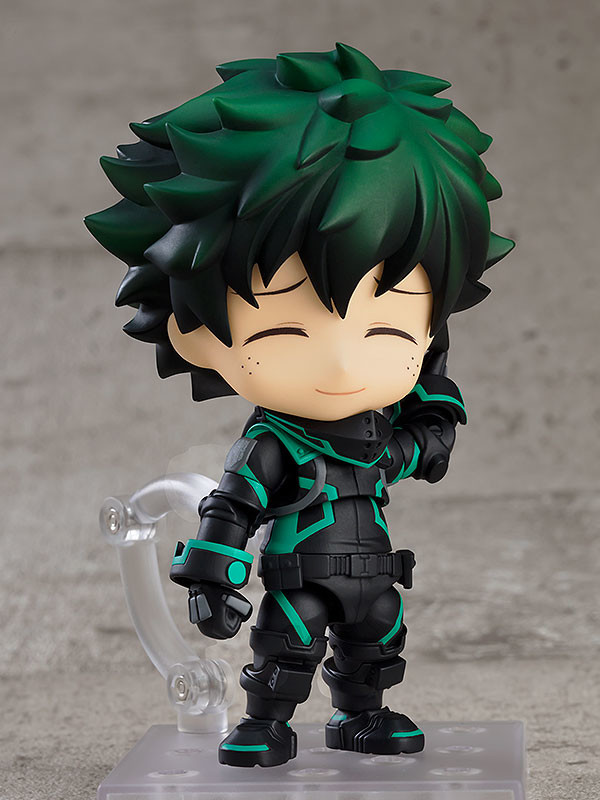 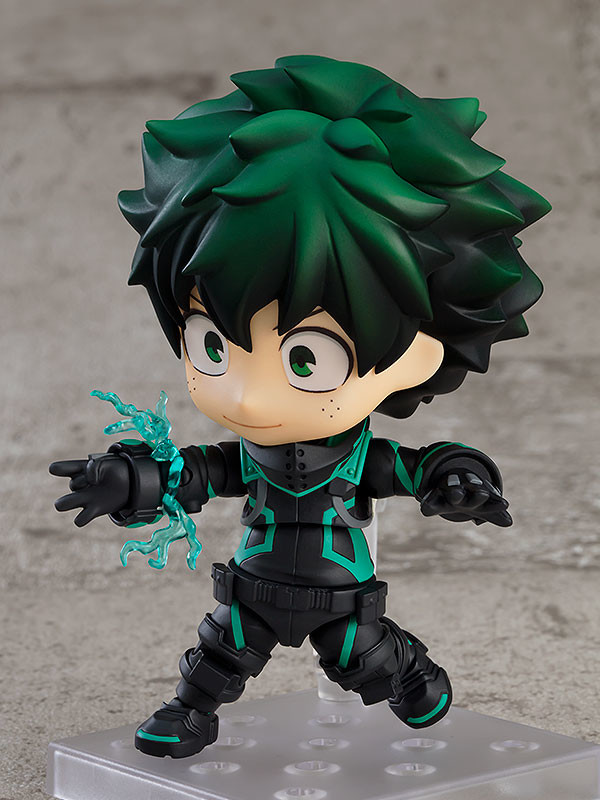 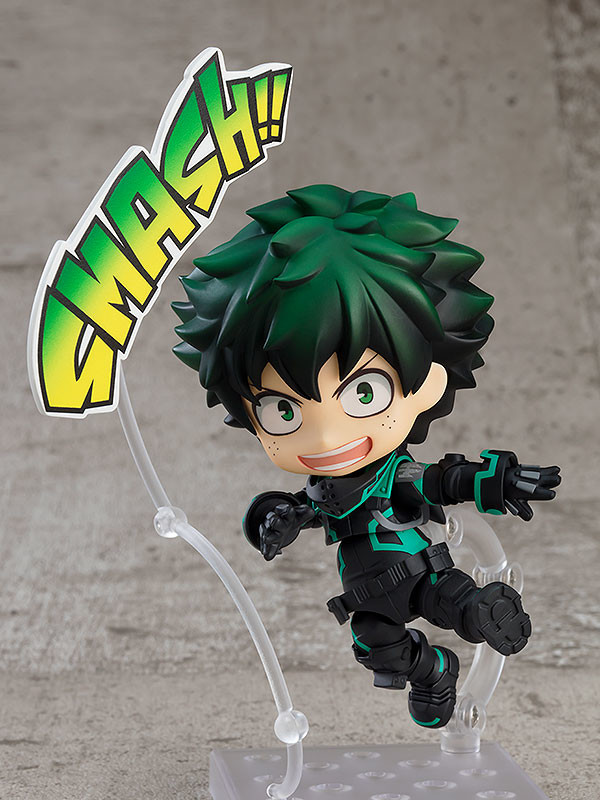 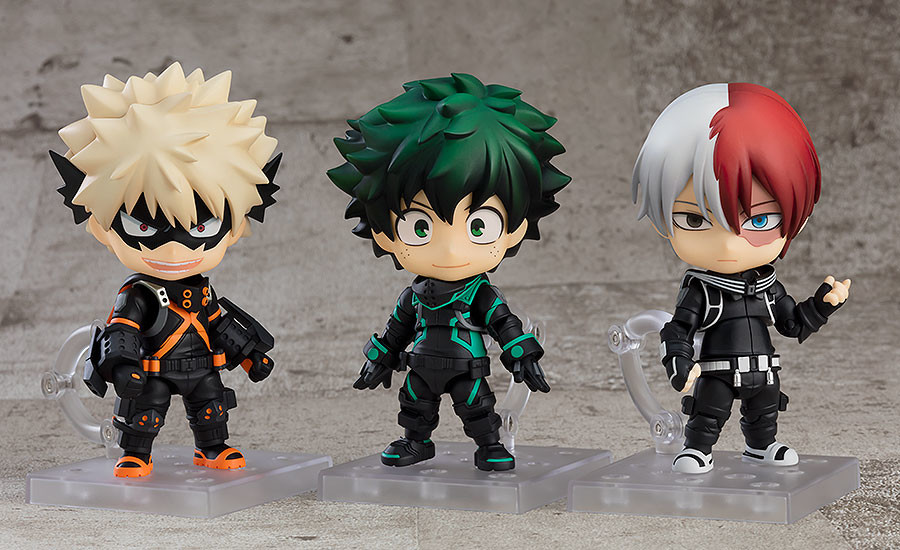 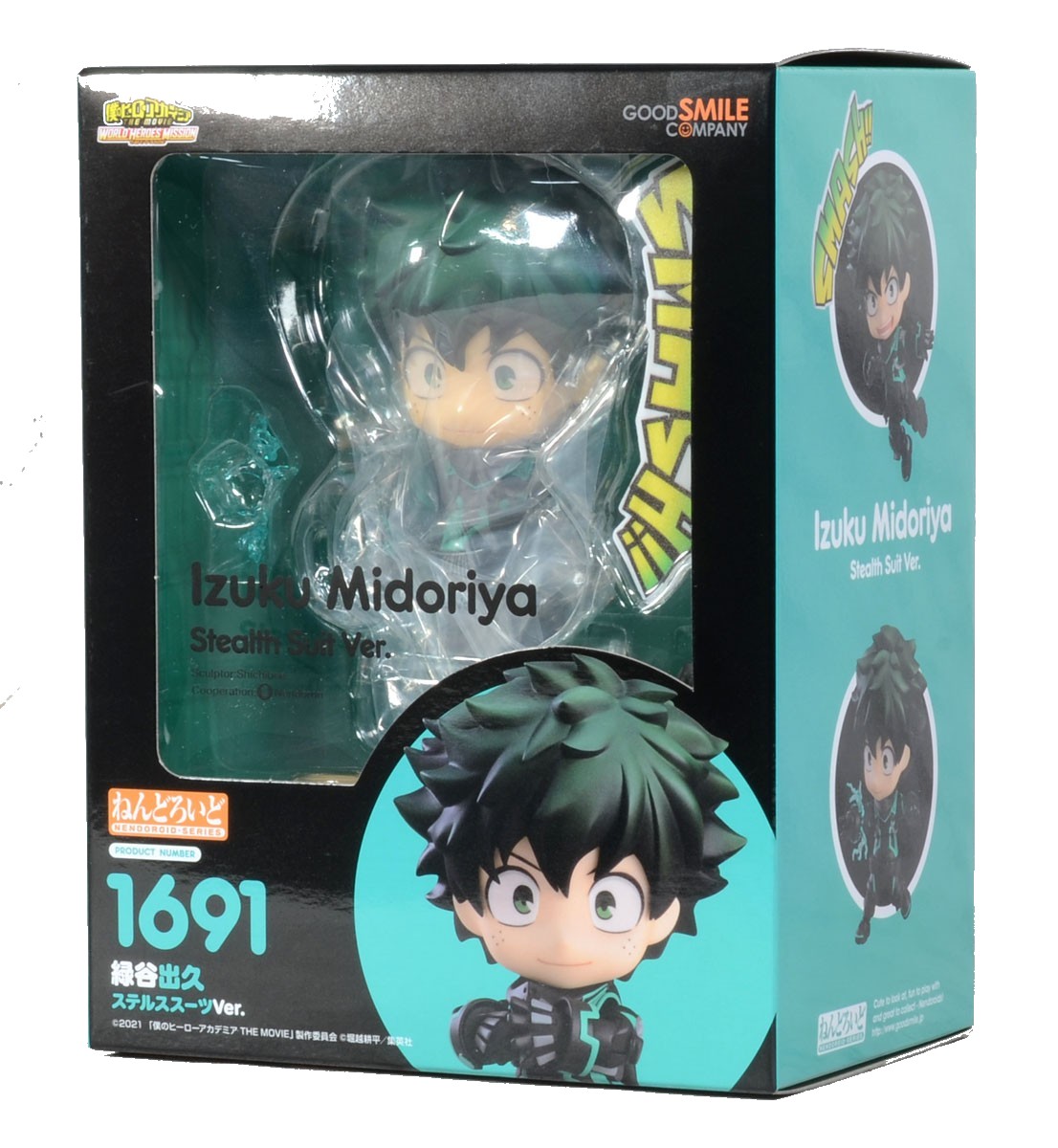 From the anime movie "My Hero Academia The Movie: World Heroes' Mission" comes a Nendoroid of Izuku Midoriya in his costume original to the movie! His stealth suit has been faithfully recreated in Nendoroid form. He comes with three face plates including a smiling expression, a combat expression and a different kind of smiling expression with closed eyes.