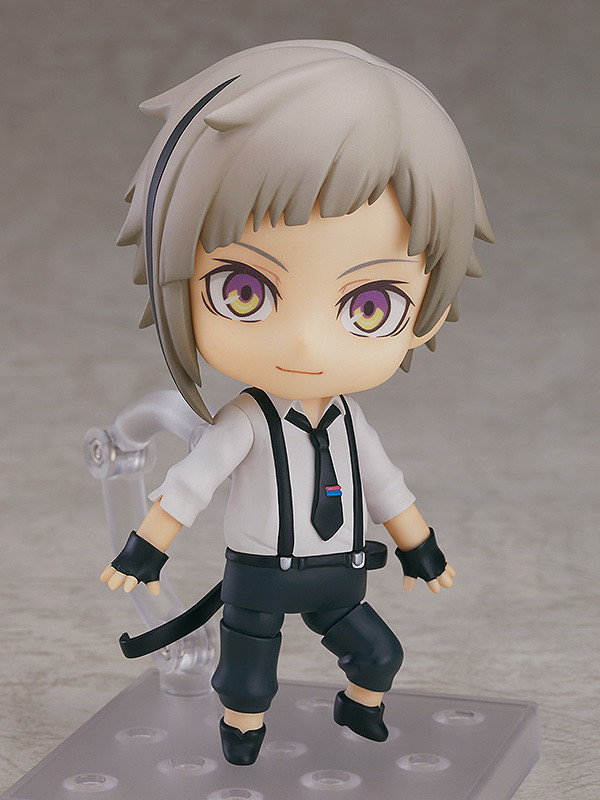 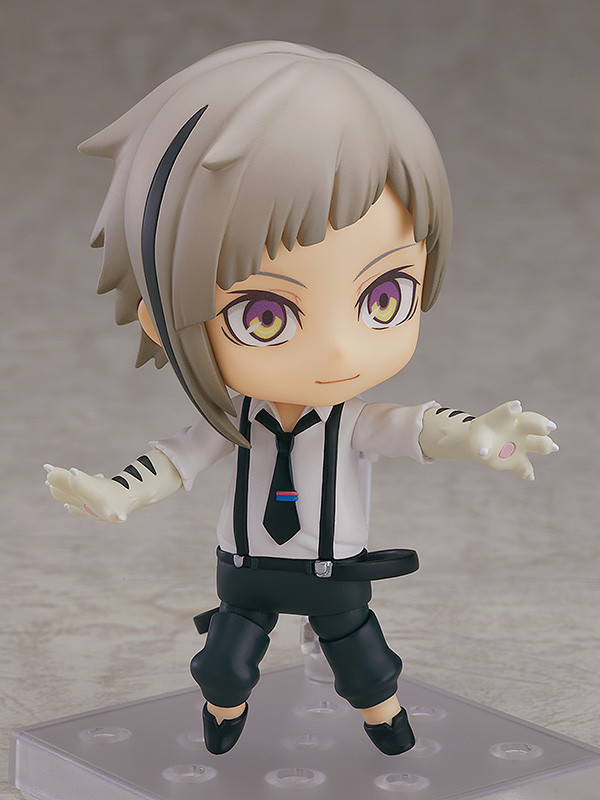 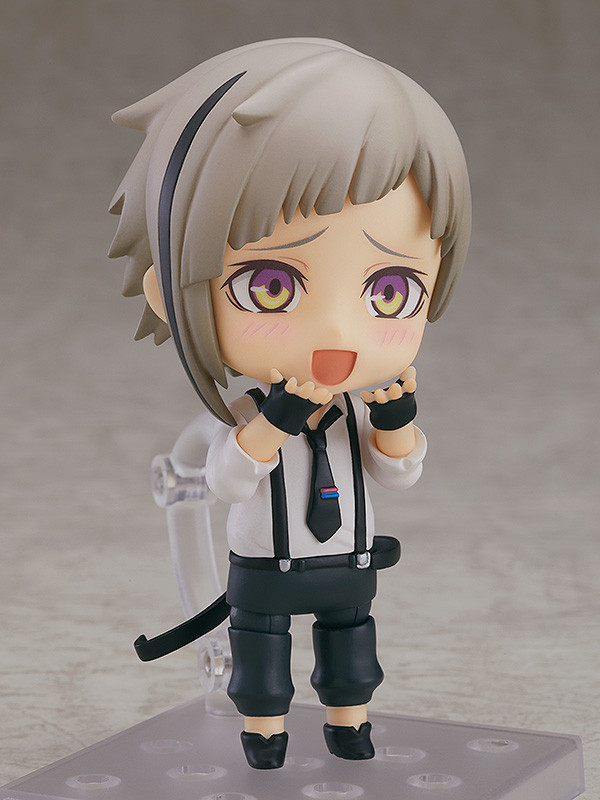 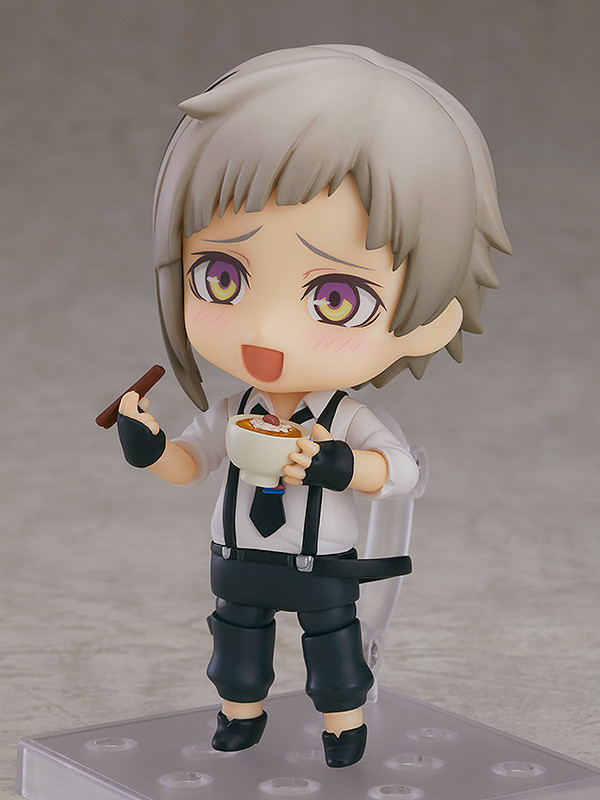 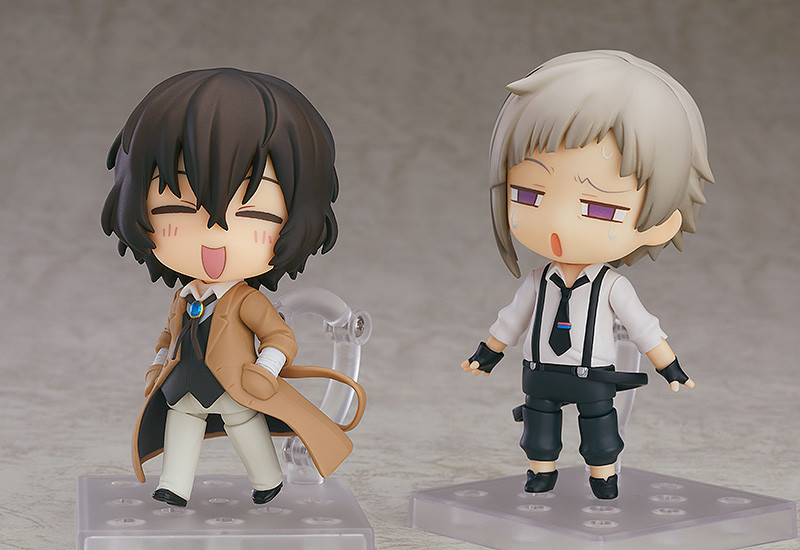 From the anime series "Bungo Stray Dogs" comes a rerelease of the Nendoroid of one of the Armed Detective Company members, Atsushi Nakajima! He comes with three face plates including a standard expression, an excited expression for when he has his favorite food chazuke in front of him, as well as the dumbfounded expression he would sometimes have with Dazai.

Optional parts include tiger arms to display him making use of his ability as well as a bowl with chazuke and chopsticks to display him enjoying his favorite food! Be sure to display him with the previously released Nendoroid Osamu Dazai and recreate all sorts of situations in cute Nendoroid form!