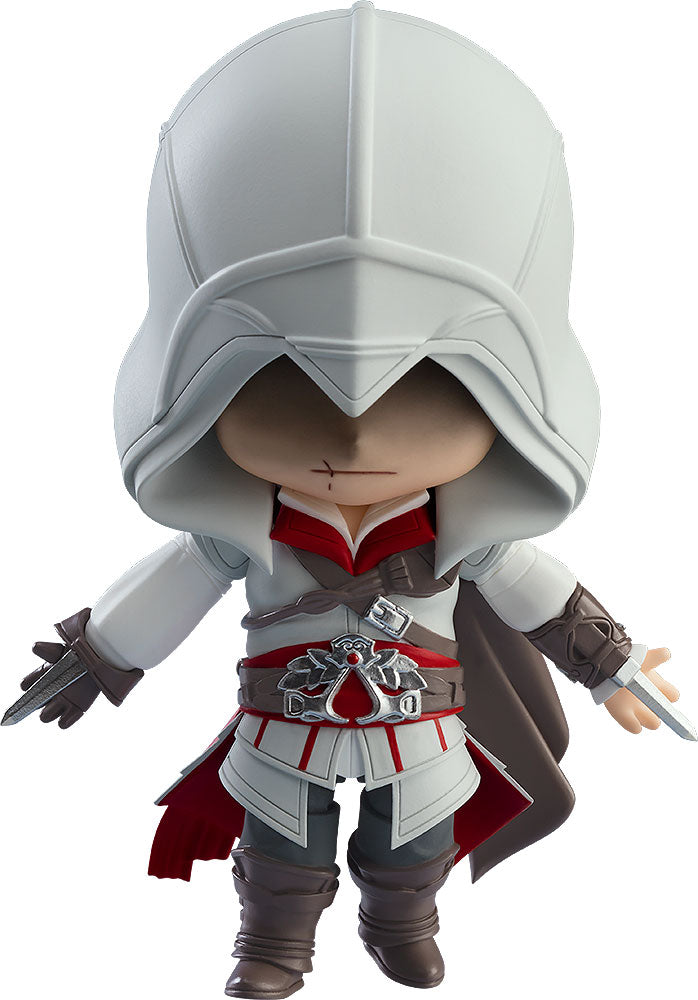 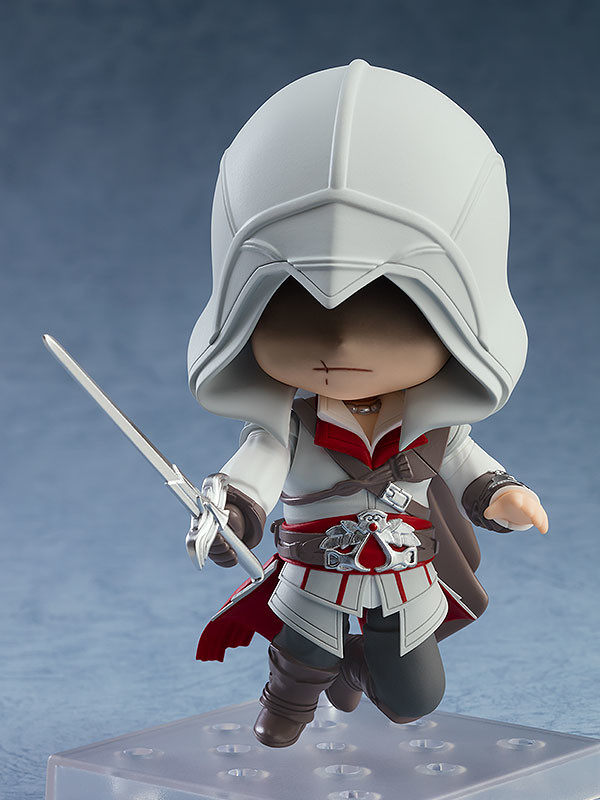 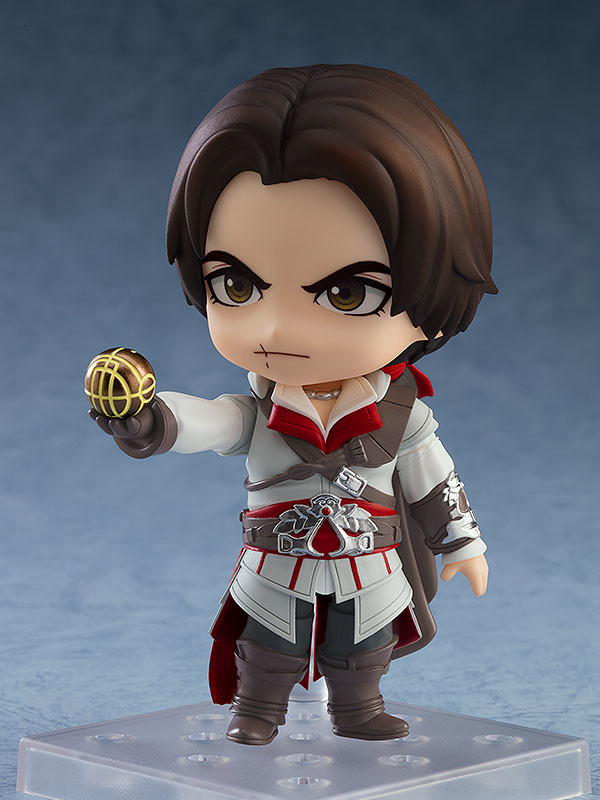 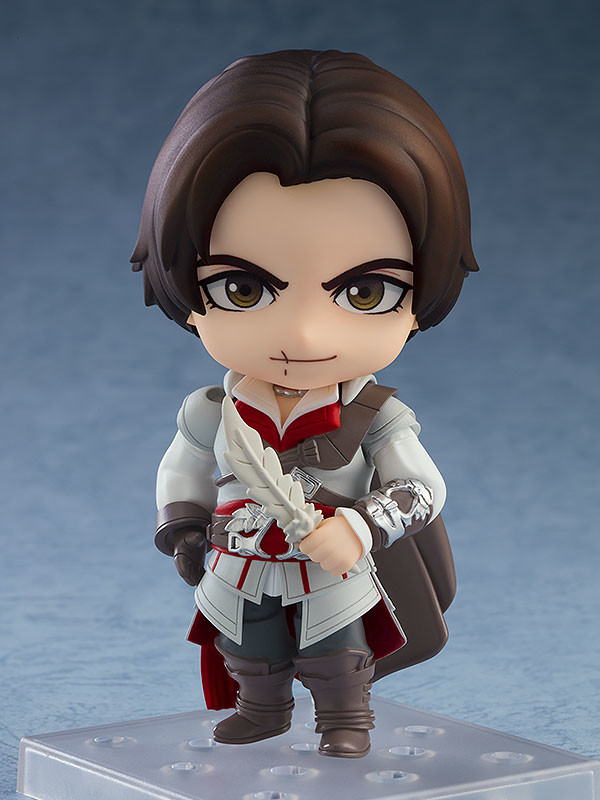 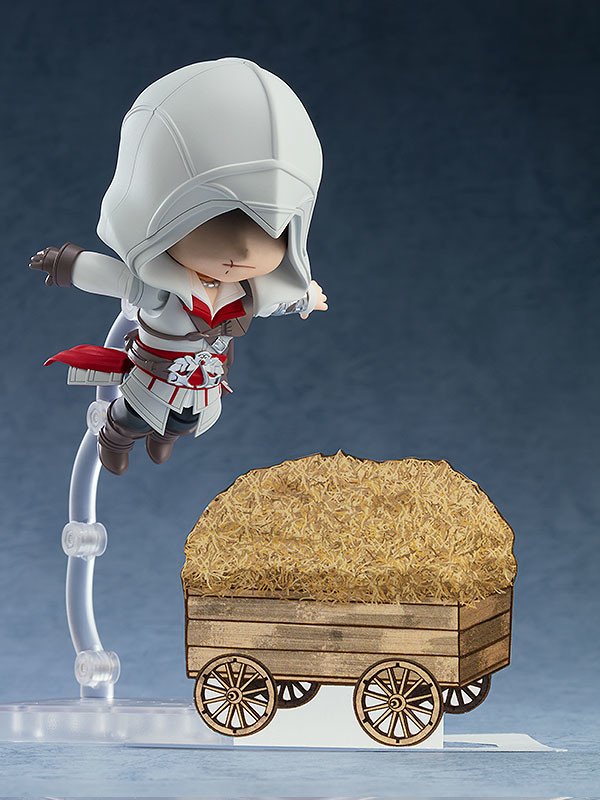 We work in the dark, to serve the light. We are Assassins.

From "Assassin's Creed II" comes a Nendoroid of the main character, Ezio! The Nendoroid comes with three face plates including a face shrouded in darkness, a combat face and a smiling face. His Hidden Blade, the Apple of Eden, the Sword of Altaïr, a feather for his brother and a haystack paper craft are all included as optional parts. Be sure to add this adorable version of the strongest assassin to your collection!