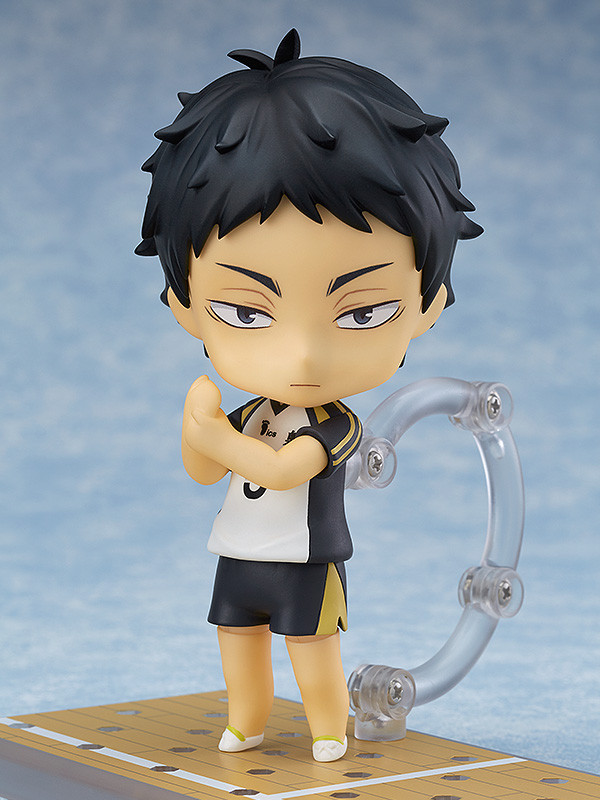 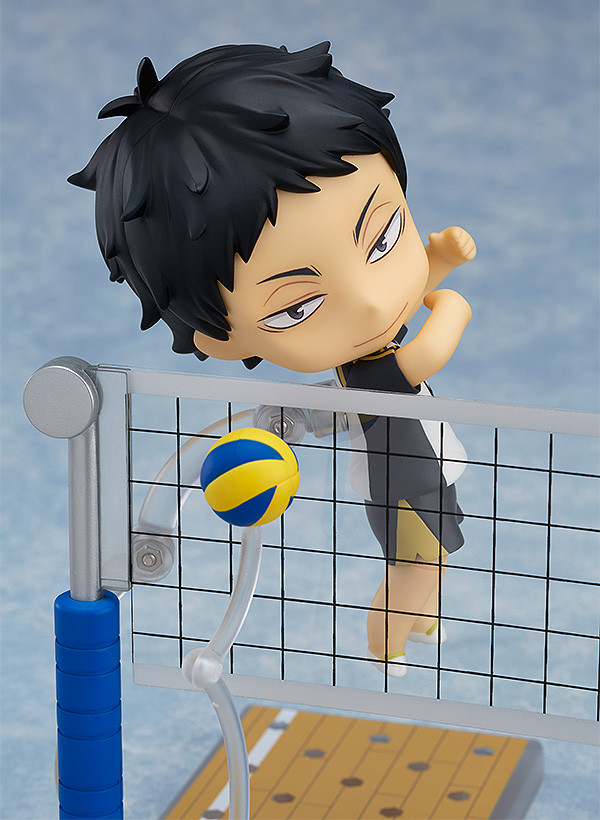 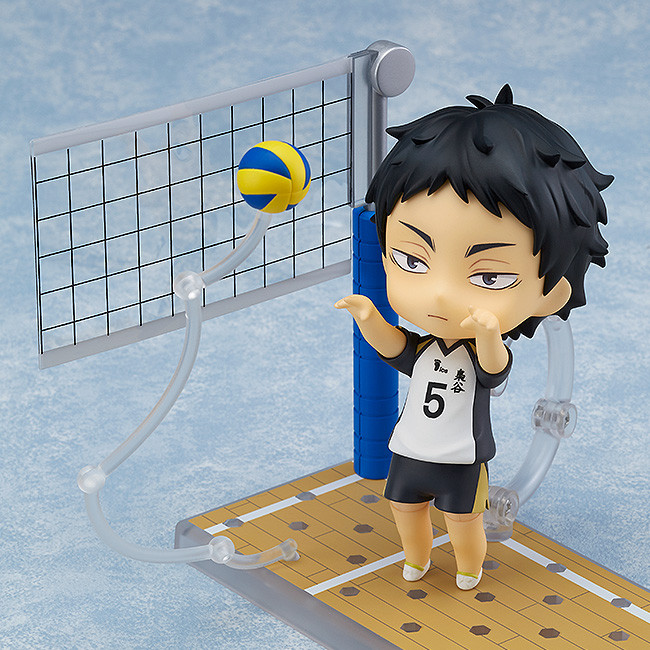 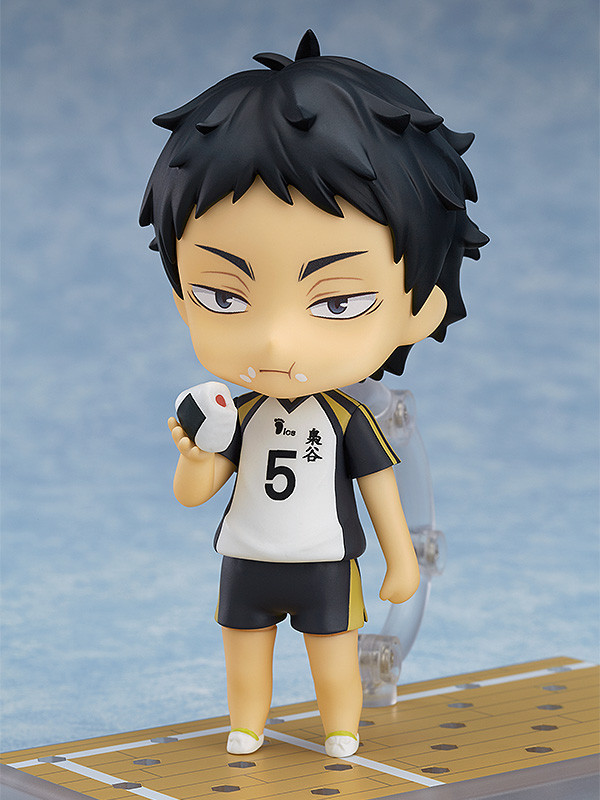 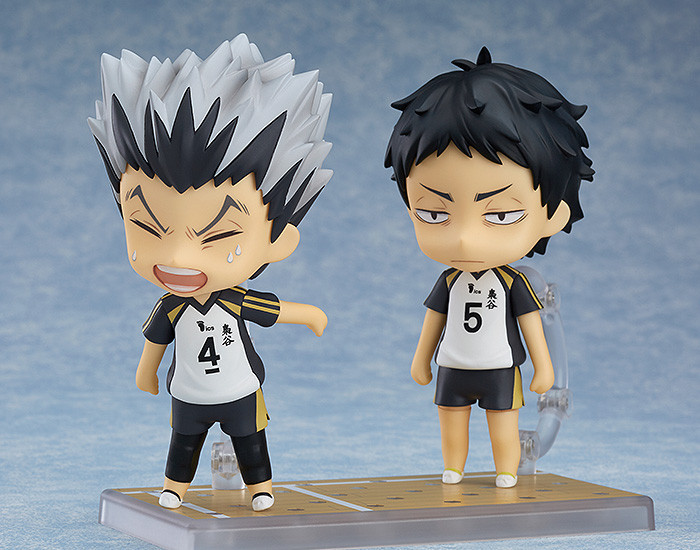 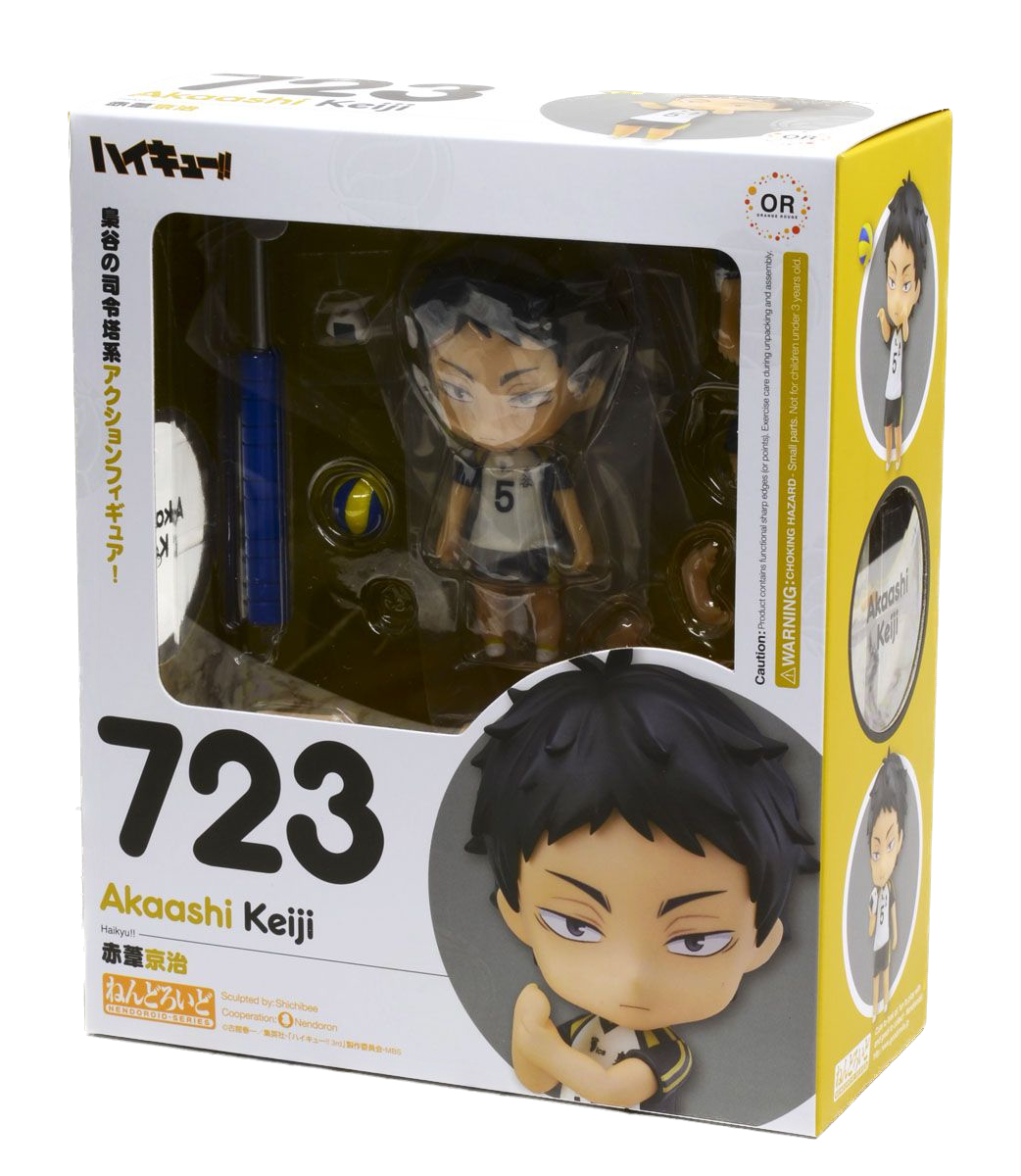 From the popular anime series and manga 'Haikyu!!' comes a rerelease of the Nendoroid of the Fukurodani Academy High School volleyball team's vice-captain and setter - Keiji Akaashi!

He comes with three face plates of his own including a standard expression, a grinning expression for when he performs a dump attack as well as a fed-up expression for when Bokuto goes into his dejected mode. In addition, a dejected face plate designed for use with Nendoroid Kotaro Bokuto is also included to allow for even more fun poses between the two of them!

A volleyball and a base made in the image of a volleyball court are both included together with a net part. A rice ball as well as 'rice grain' and 'chewing' stickers that can be used on his face plate are also included allowing for even more options! Be sure to add the reliable setter to your collection and recreate all sorts of scenes together with Kotaro Bokuto!