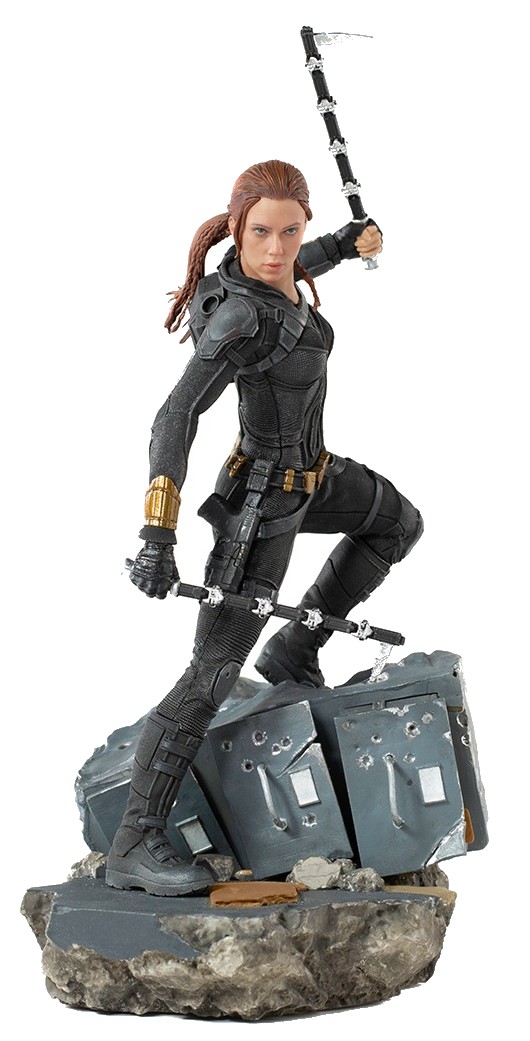 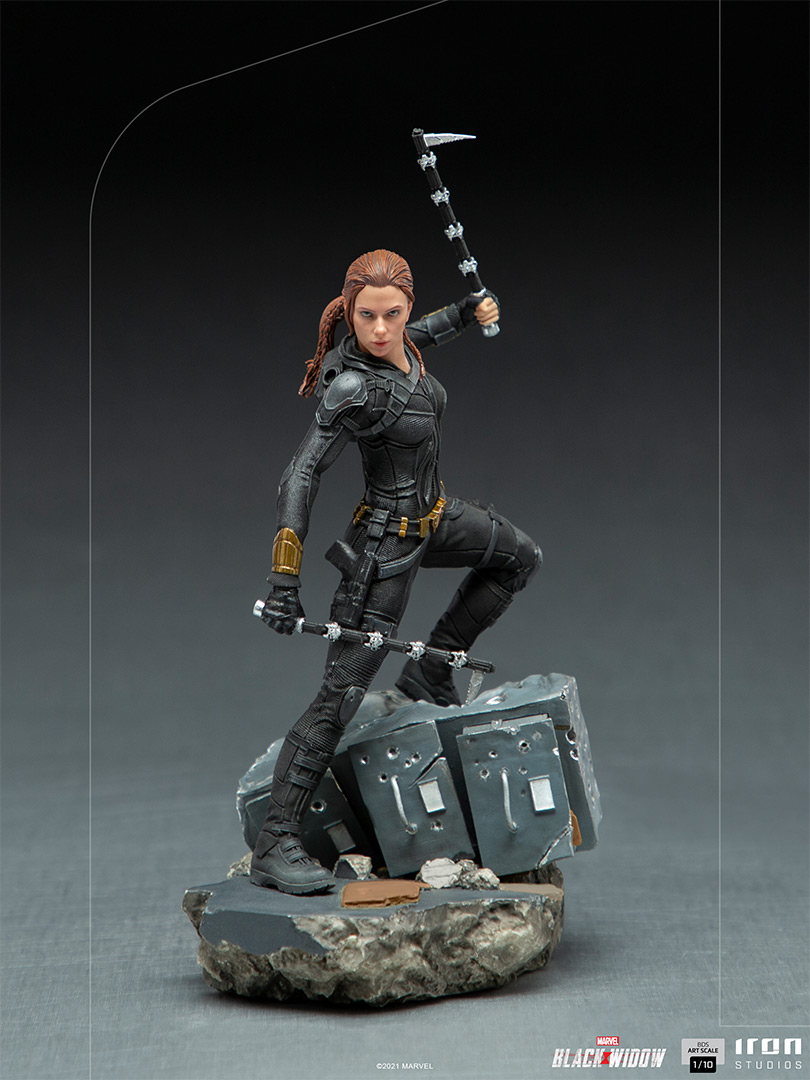 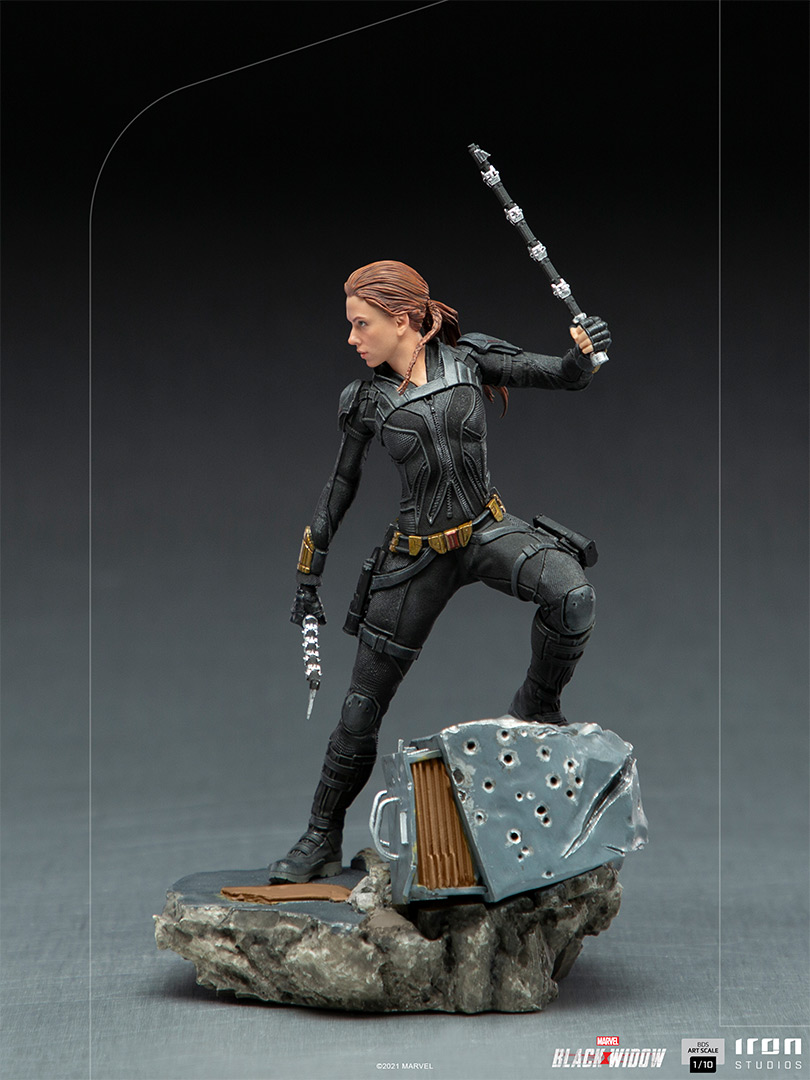 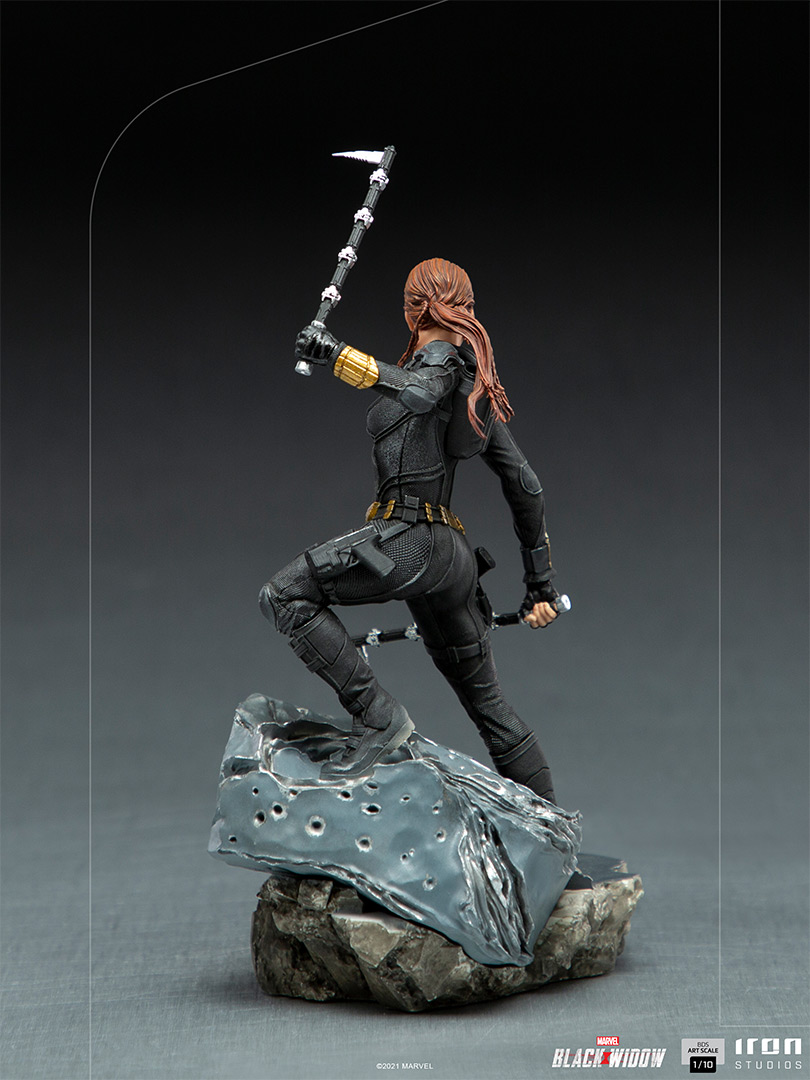 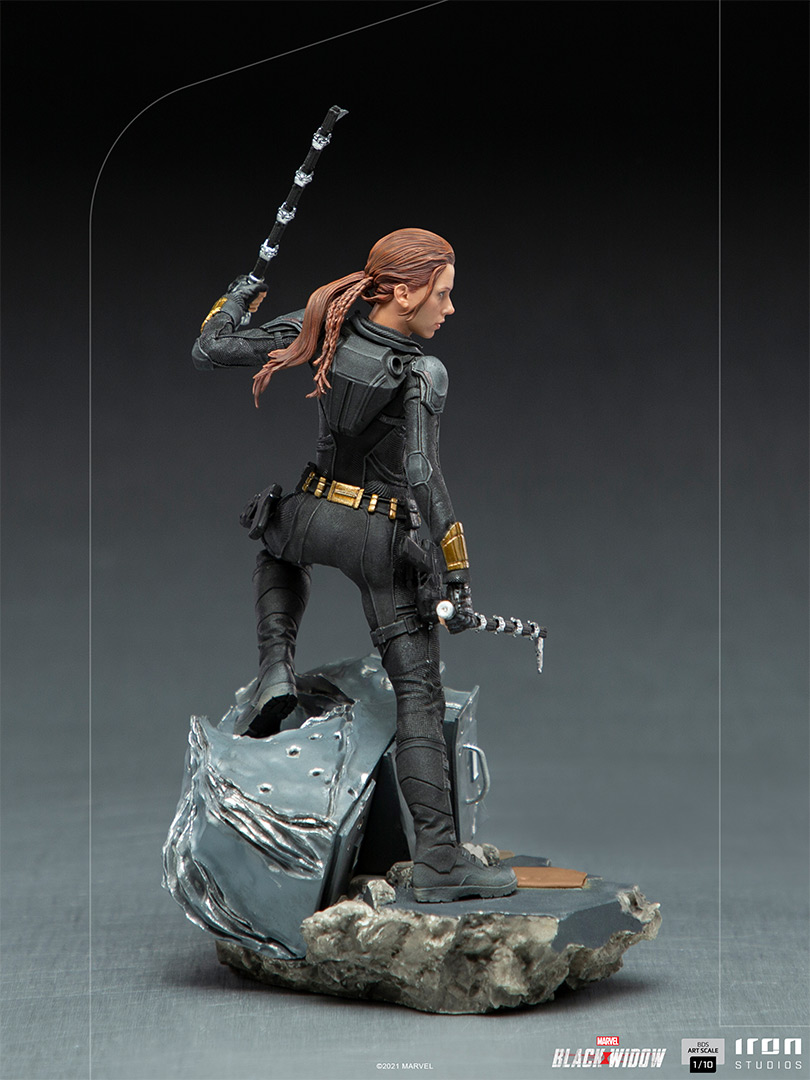 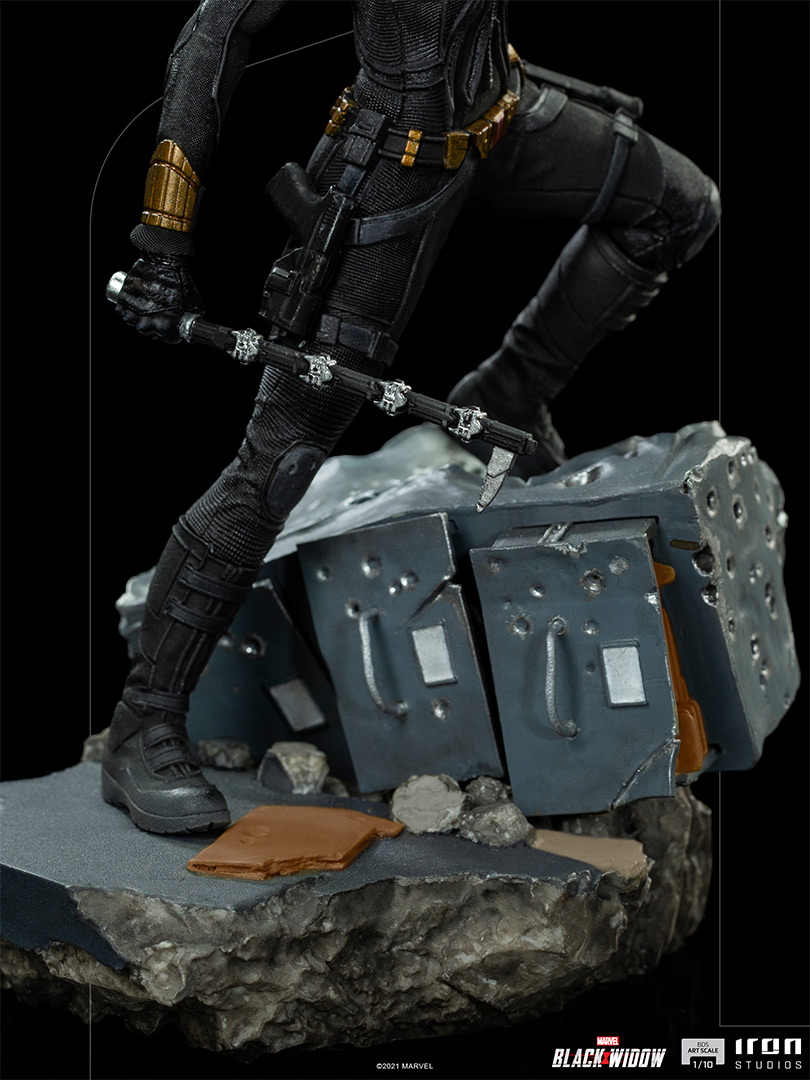 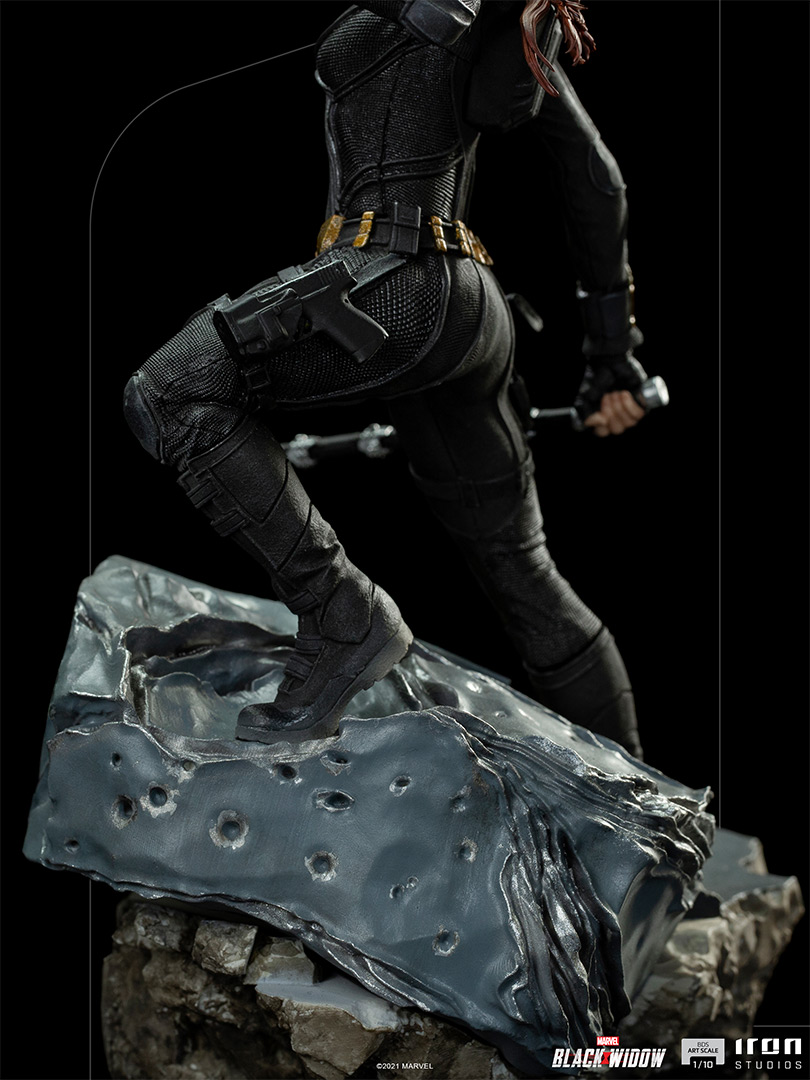 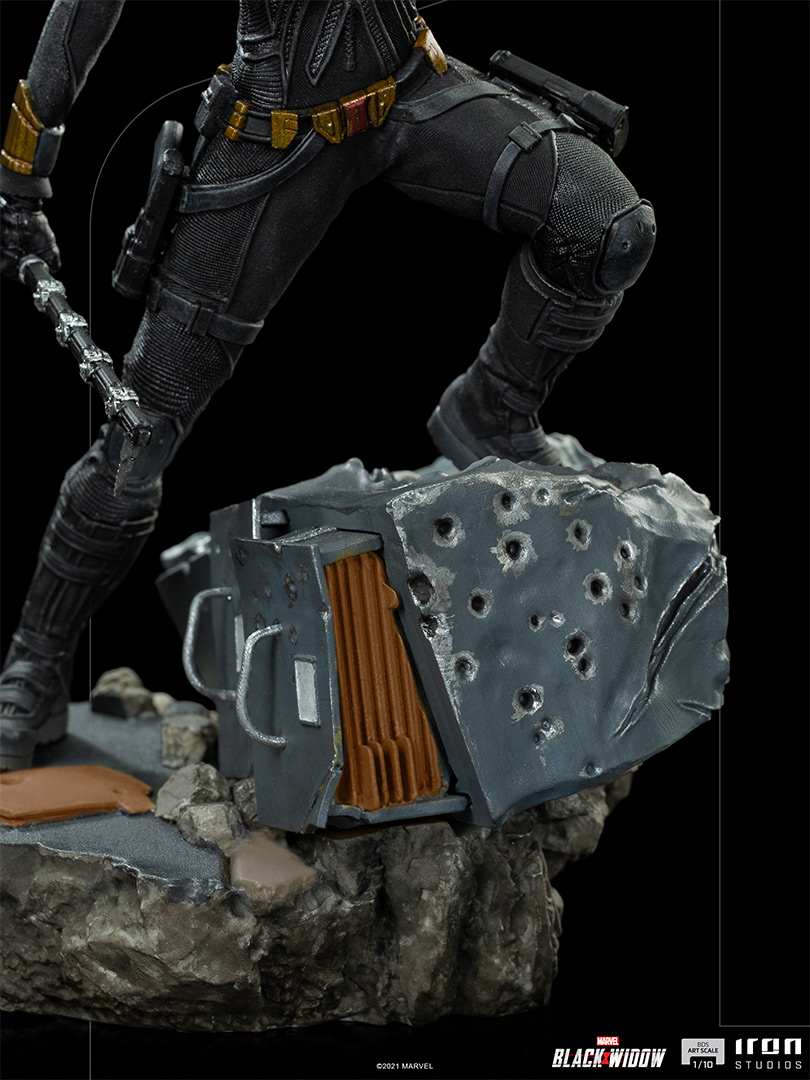 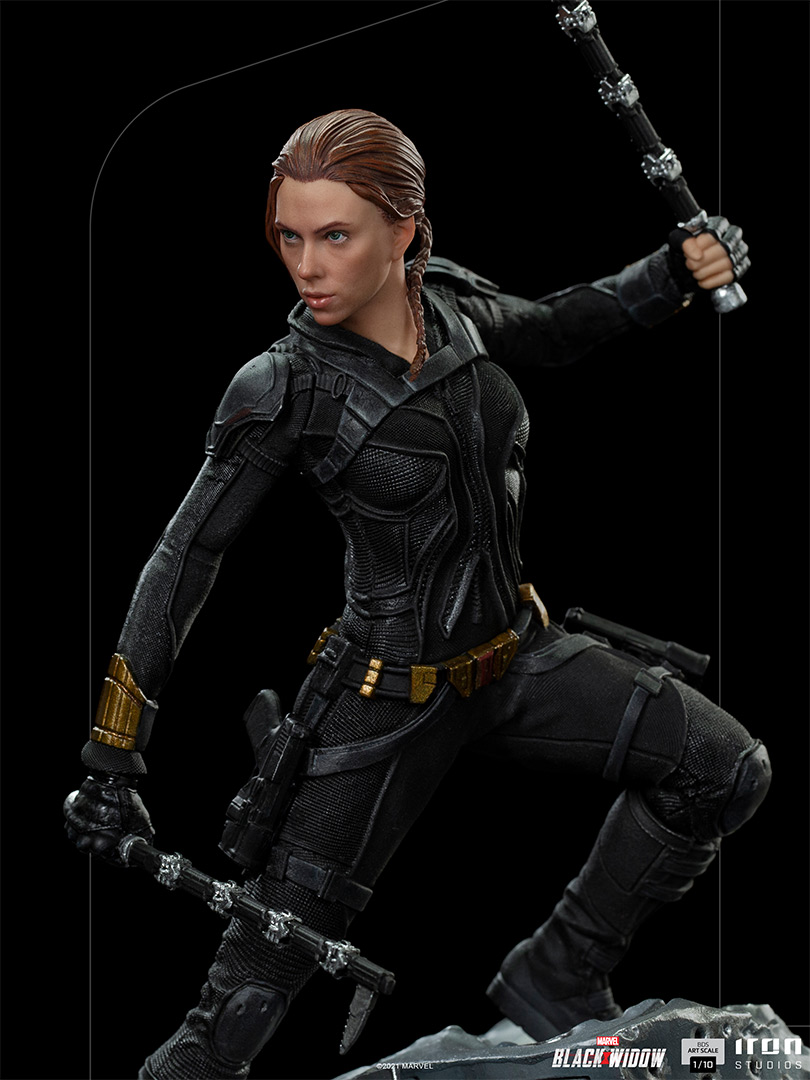 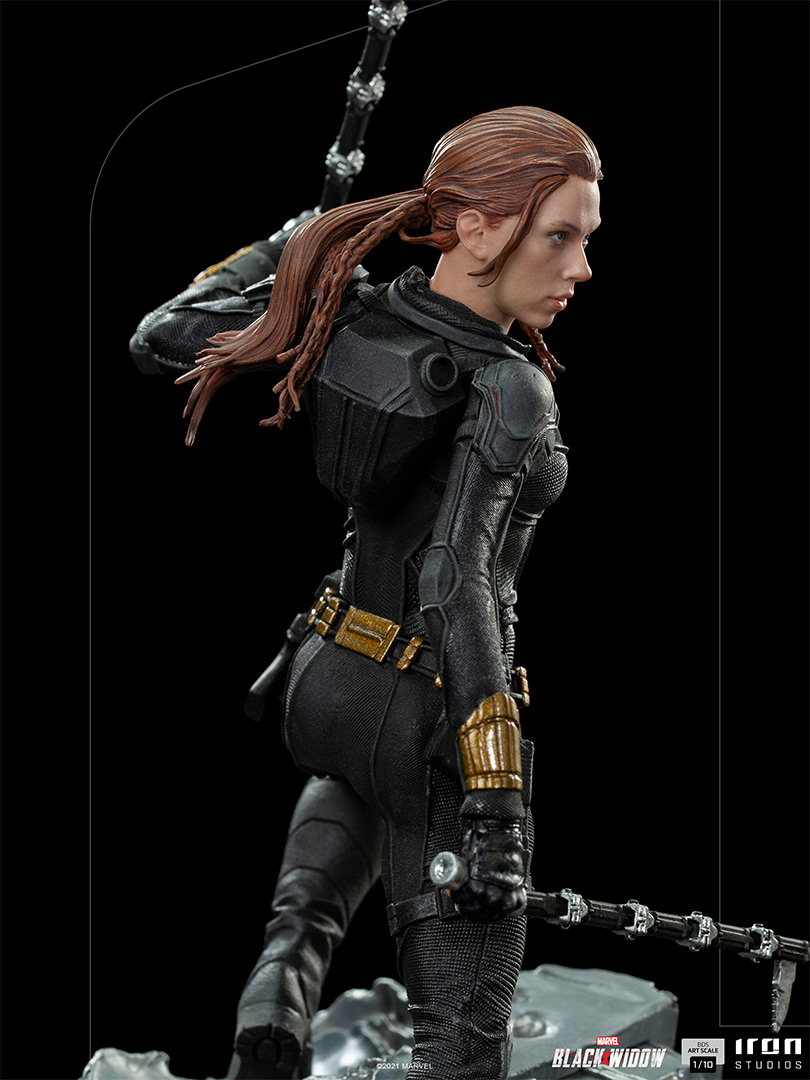 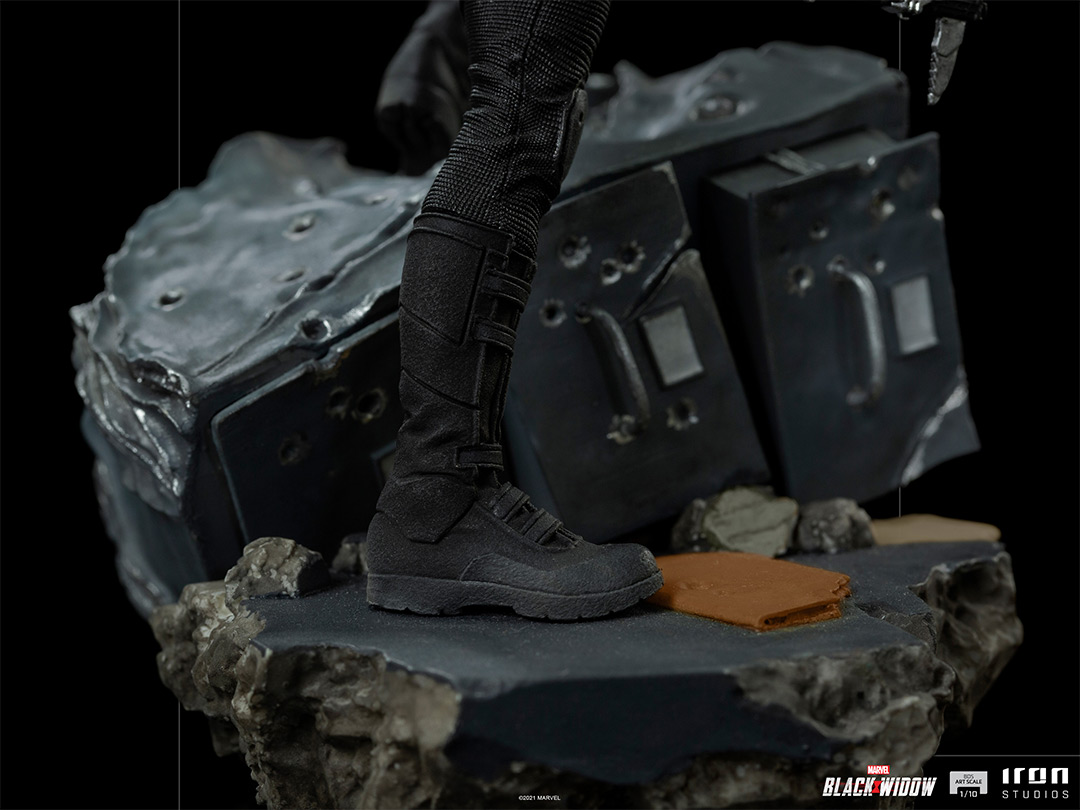 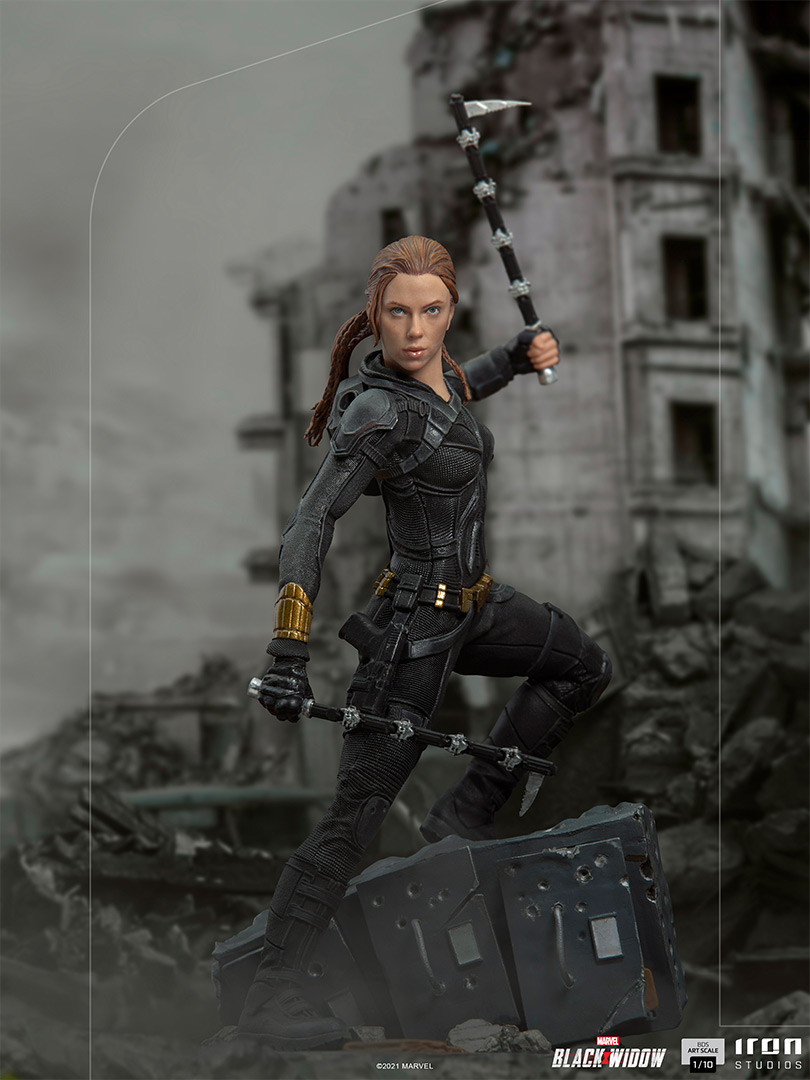 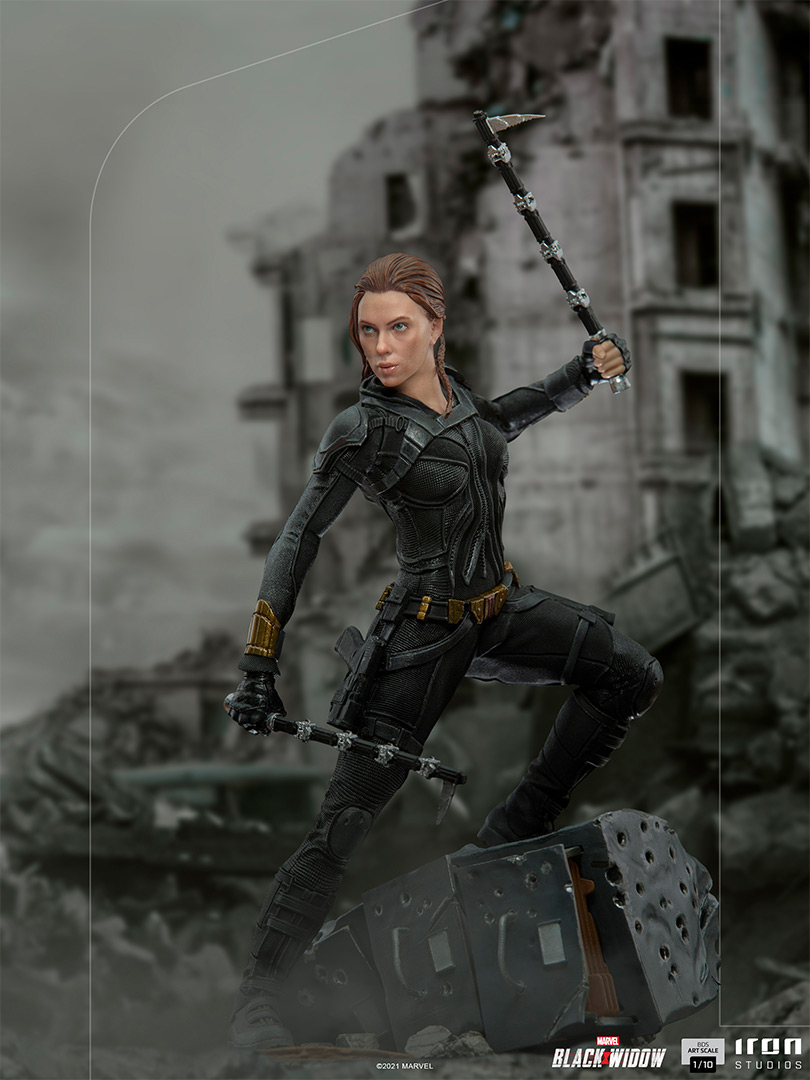 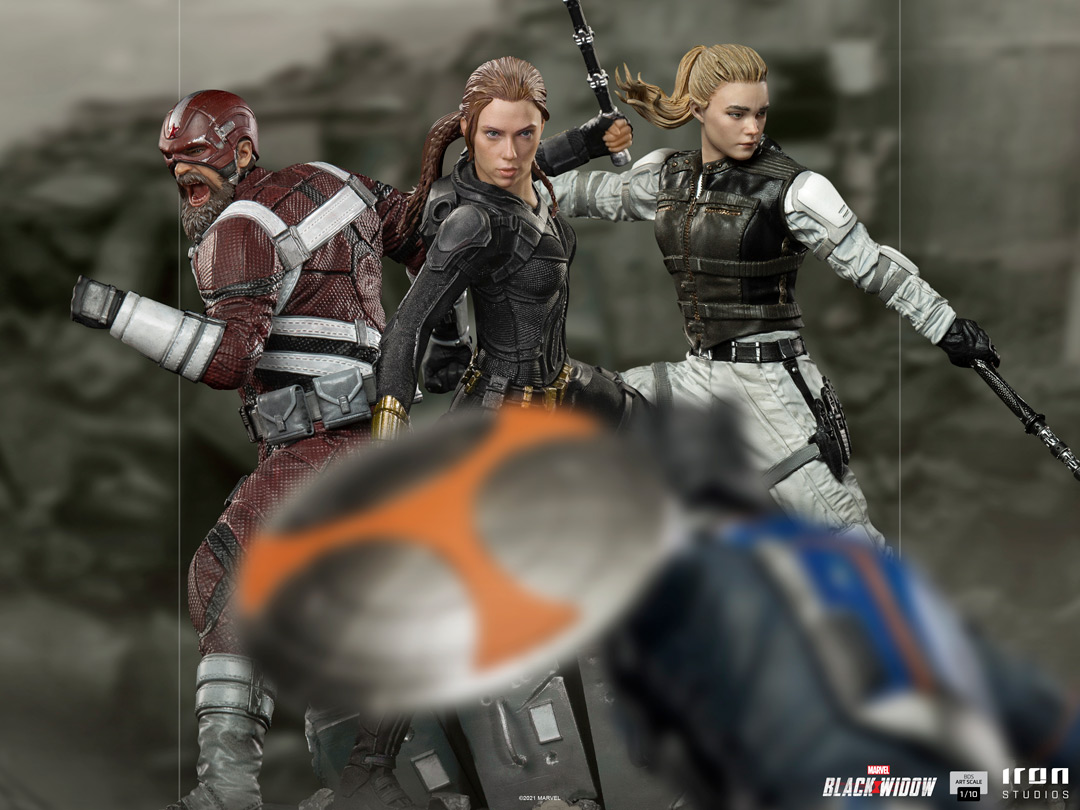 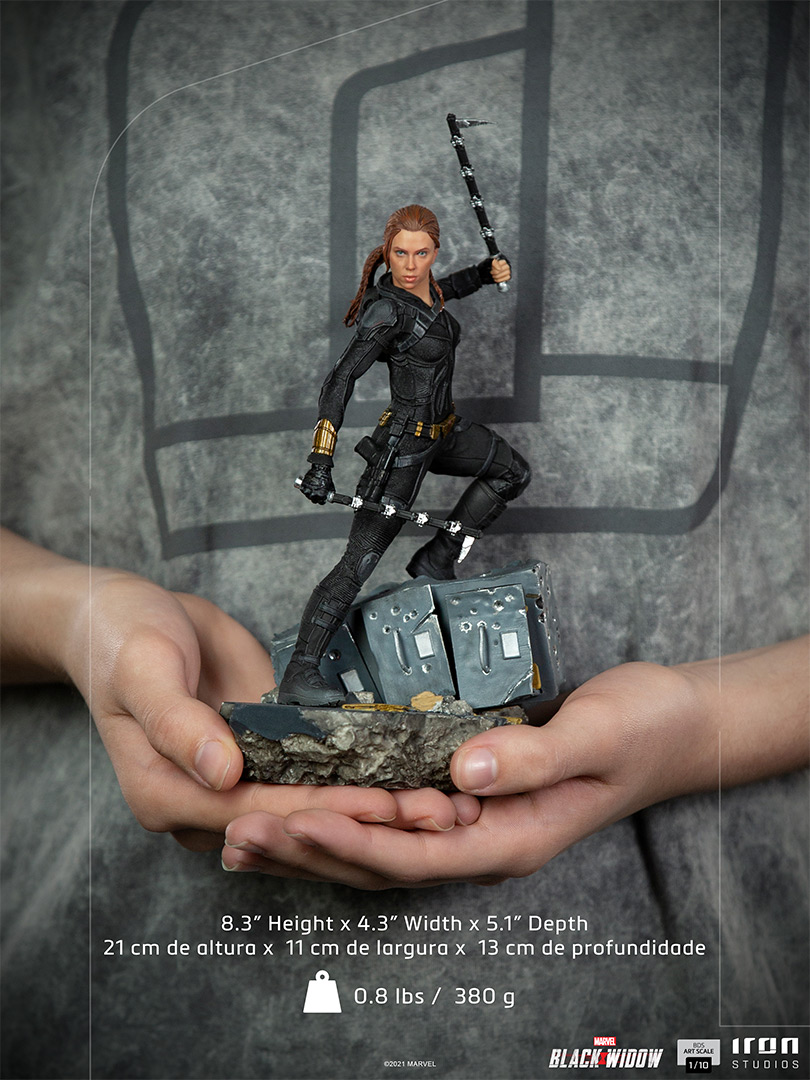 The superheroine is staring intently, moving her sticks and positioning herself for combat, ready to face any opponent. She stands on a base littered with debris from a battle scene, her left leg atop a destroyed old file cabinet and wearing her tactical black uniform, with the red buckle of her belt in the shape of the arachnid symbol, which gave rise to her codename. That's how Iron Studios proudly presents its statue of "Natasha Romanoff BDS Art Scale 1:10 - Black Widow - Iron Studios" with the heroine inspired by her long-awaited movie.

In Black Widow, the first film of the so-called Phase 4 of the MCU, after the conflict in Captain America: Civil War, the avenging super-spy faces a dangerous conspiracy that has ties to her past, which will reveal details of her enigmatic story. The former Soviet-Russian secret agent once again joins her former allies. Despite having them as a family for a long time, when Natasha became an agent of S.H.I.E.L.D. and founding member of the Avengers group, she left them behind.

Faithfully portraying the features of the actress Scarlett Johansson and the impressive details of her costume and accessories, this statue is part of a diorama scenario composed by the figures of her allies, Yelena and Red Guardian, facing the lethal mercenary Taskmaster. These pieces from Iron Studios have been previously presented, sold separately. A must-have set for collectors and fans of the beloved Marvel heroine.