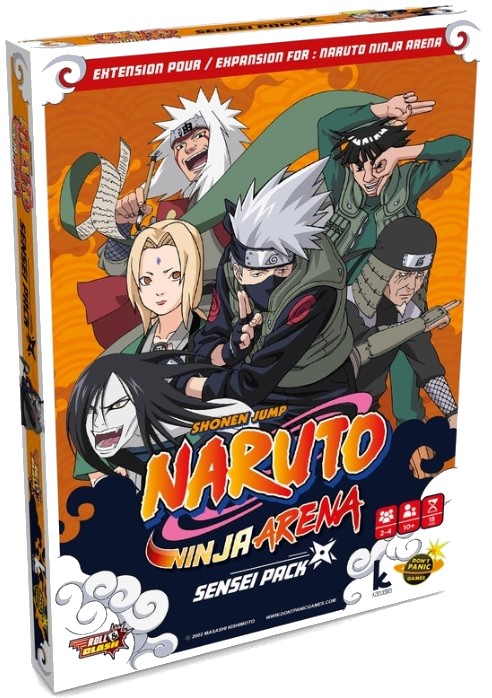 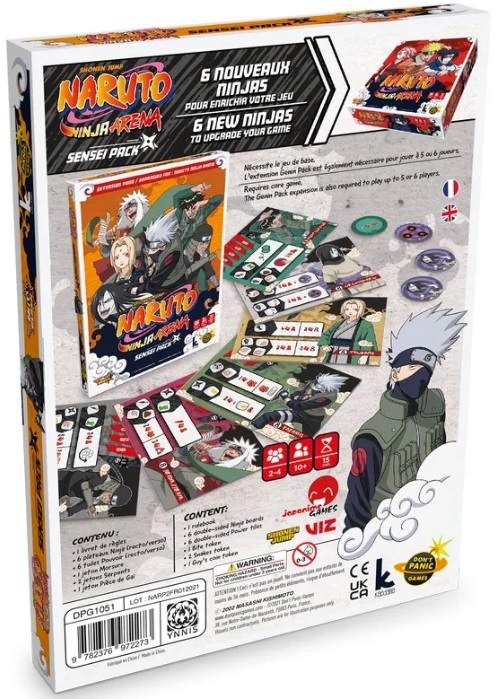 The Genin Pack expansion is also required to play up to 5 or 6 players.

Naruto Ninja Arena is the first game using the Roll & Clash system. During the game, you throw your dice as quickly as you can and use the results to activate Techniques without stopping the game. Everyone plays at the same time in a frantic battle to be the last Ninja Standing!

The game ends when all players are K.O. or eliminated except one. The last player standing wins the game!